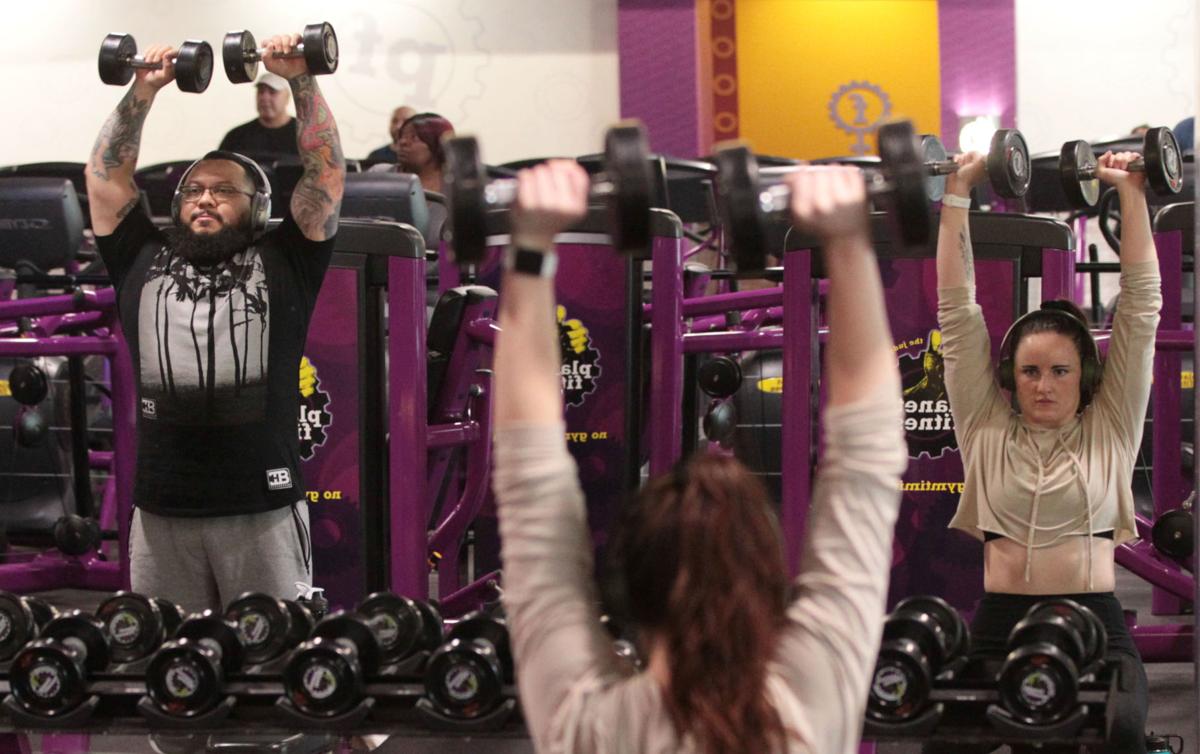 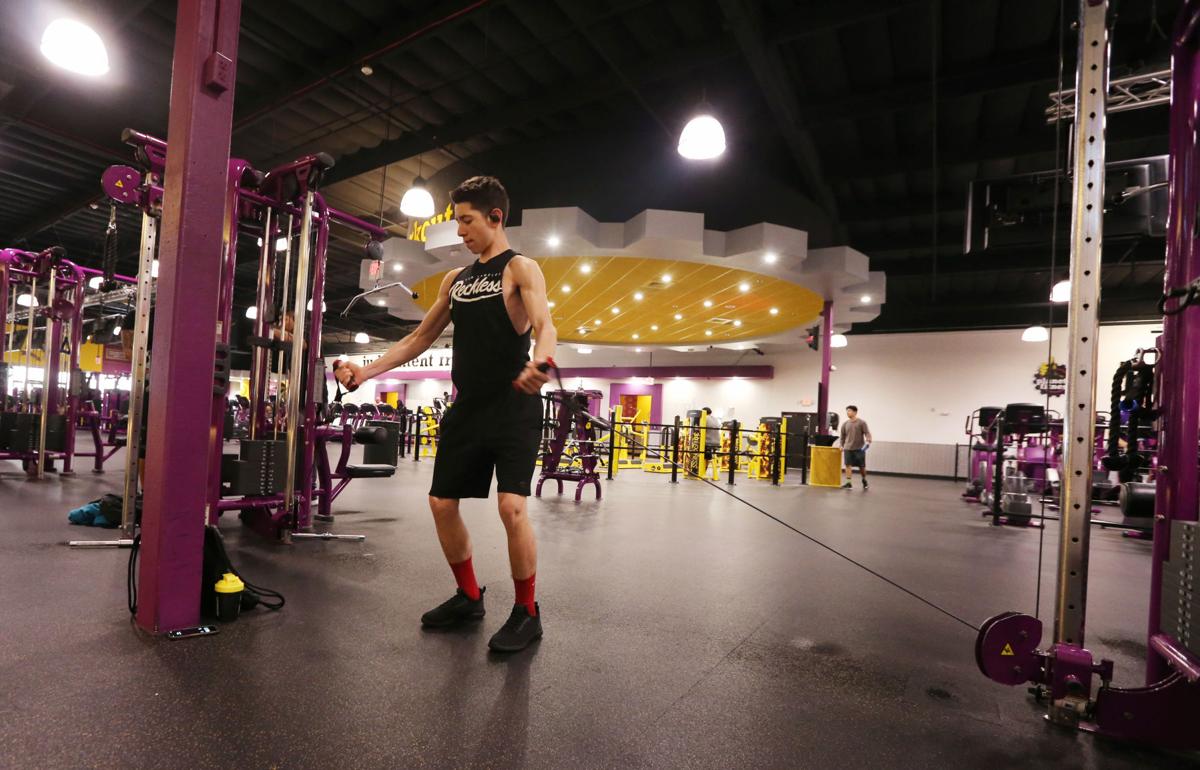 New member Cody Camargo works out at Planet Fitness on Thursday afternoon. "Once you see improvements you keep going," he said of his workout regimen. 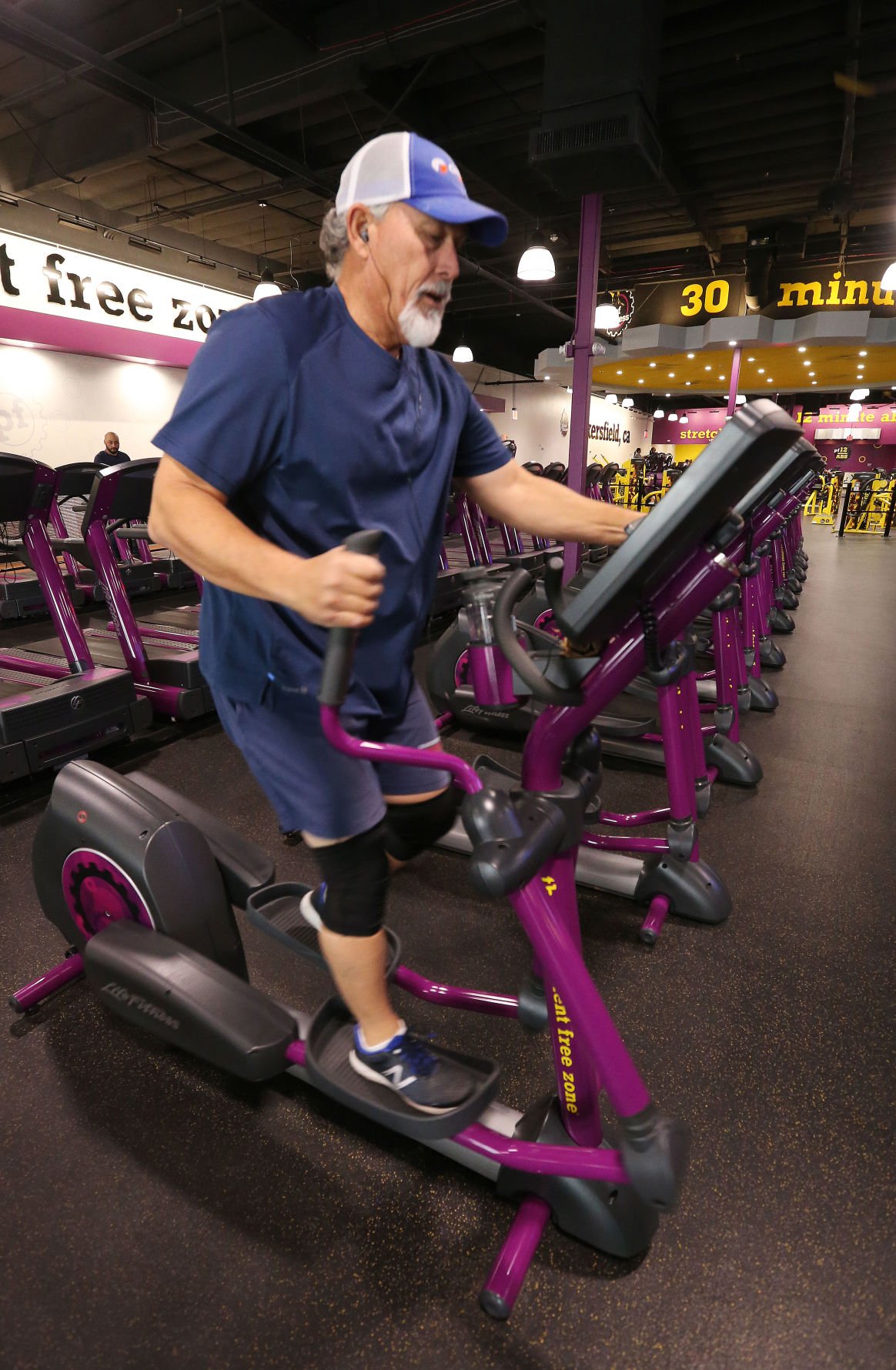 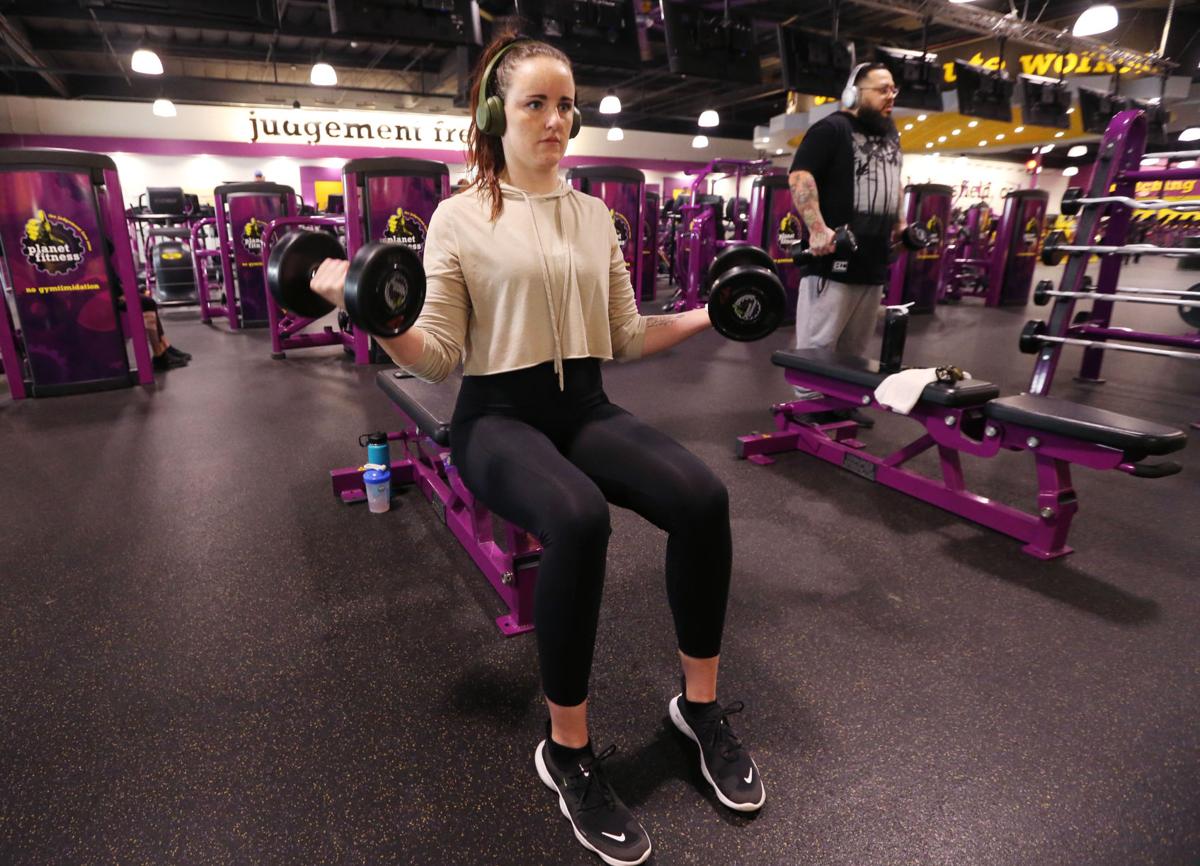 New member Cody Camargo works out at Planet Fitness on Thursday afternoon. "Once you see improvements you keep going," he said of his workout regimen.

Going to the gym and staying healthy are some of the most popular New Year's resolutions out there, and local fitness centers are seeing people make their goals a reality.

Steven Poe, general manager of the Planet Fitness on White Lane, reported his location had more than 50 new members joining just in time for the new year. He typically sees around 10,000 to 12,000 members check in at the gym during a two-week period, but now he is expecting upward of 18,000 to 20,000 check-ins.

Though he hasn't noticed too many new faces around the first two days of 2020, "that'll all change come Monday, Tuesday and Wednesday nights."

He expects those high numbers will last through March, when most people will head outside to stay active.

"The heavy hitters are the ones that are here all throughout summer" in order to get their beach bodies ready, he added.

"The fitness industry has changed so much and so many more people are more educated in what they need to do to remain active and healthy and we’re seeing people get a jump-start," Herrera explained.

A lot of people want to reach a certain weight or muscle goal by the end of the year, but might lack motivation or accountability, leading to their resolution falling flat. Gyms in town offer various resources that help them follow through all year long.

Members at 24 Hour Fitness have access to several nationwide locations, so they don't have to worry about skipping a day if they're out of town, Herrera said.

A free fitness appointment also is available. Personal trainers with a fitness or health-related degree or nationally accredited physical therapy certification sit down with members to create a Fit Plan that helps them discover the best fitness classes and workouts for them. Members can also workout with a personal trainer, and they have access to the 24GO custom workout application.

Planet Fitness doesn't consider itself a weightlifting or powerlifting gym, Poe explained, so members get to focus on their individualized goals in a comfortable environment. For many, it's their first time joining a gym — Poe said at one point about 92 percent of members had never signed up for one before.

"Here there’s no grunting, no 1 gallon jugs of water, no Arnold Schwarzenegger," Poe said. "It’s comfortable and nice and they stick it out."

Cody Camargo is relatively new when it comes to working out, and he decided to get fit in order to build muscle mass. He started going to the gym around two to three times a week, but not consistently, he said.

"Once you see improvements, you keep going," he added. Now he frequents Planet Fitness about five to six times a week.

Different cardio and weight machines are available at Planet Fitness, along with working out with a trainer. Camargo enjoys completing a workout with a trainer, especially if he feels sore at the end of the day because "then I know it's working."

Something that has helped Arlene Miranda keep up her weight-loss goal has been working out with a friend. She comes to the gym almost every day, and often she'll have someone come with her which pushes her to keep exercising.

"It makes me motivated, it's more fun and I'm not as bored," she said.

However people choose to stay active, it's important for them to understand their limits, celebrate achievements along the way and work up the habit.

"Everybody has pretty aggressive goals but it’s not just focusing on the end result, have shorter term goals," Herrera said. "It doesn’t happen overnight ... our bodies are all different."

Poe adds it's OK if someone misses a gym day every once in a while. "Start again tomorrow."