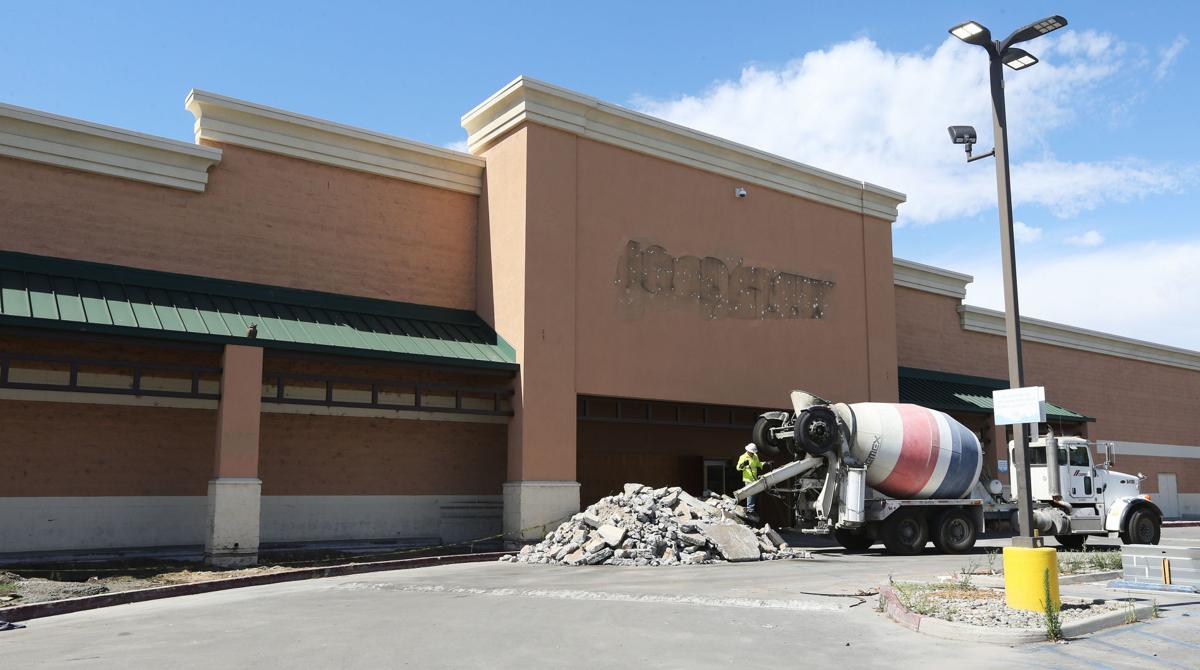 Having completed the renovation work shown in this May file photo, Superior Grocers plans to open a new, remodeled store Wednesday at the former FoodMaxx at Union and California avenues. 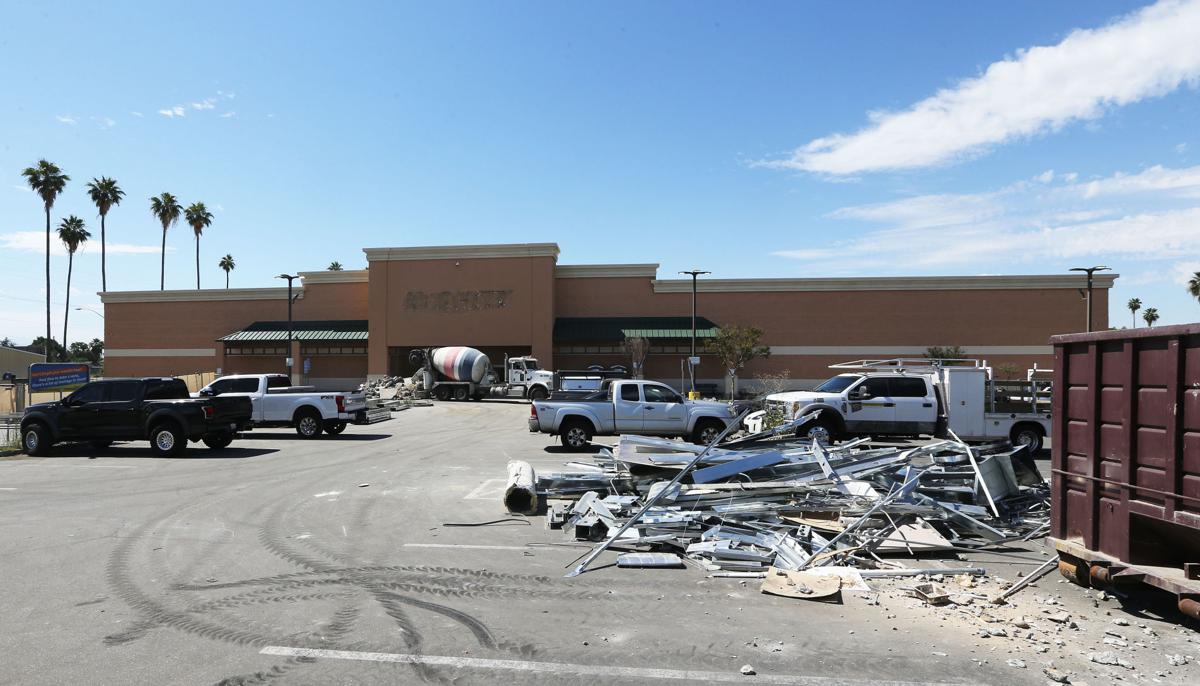 Superior Grocers plans to open a new, remodeled store this summer at the former FoodMaxx at Union and California avenues. 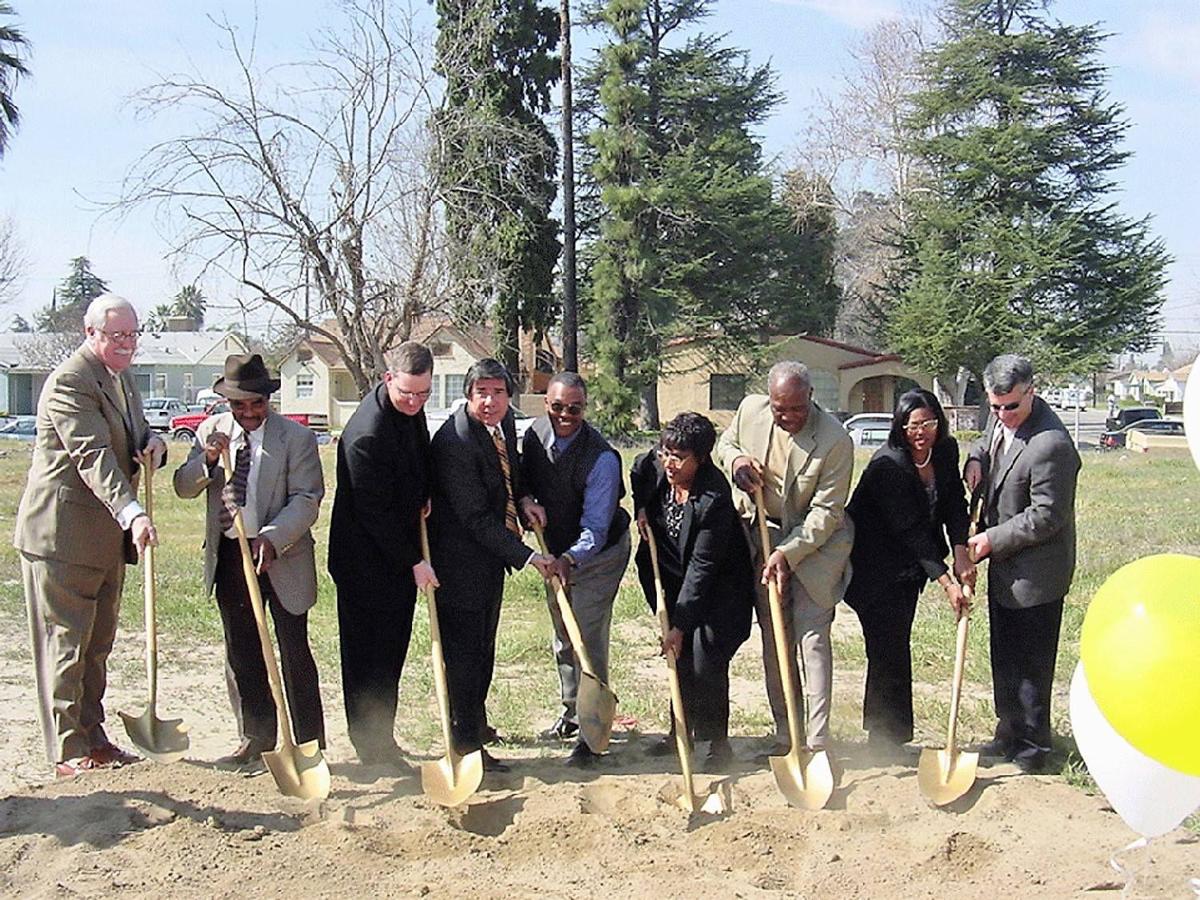 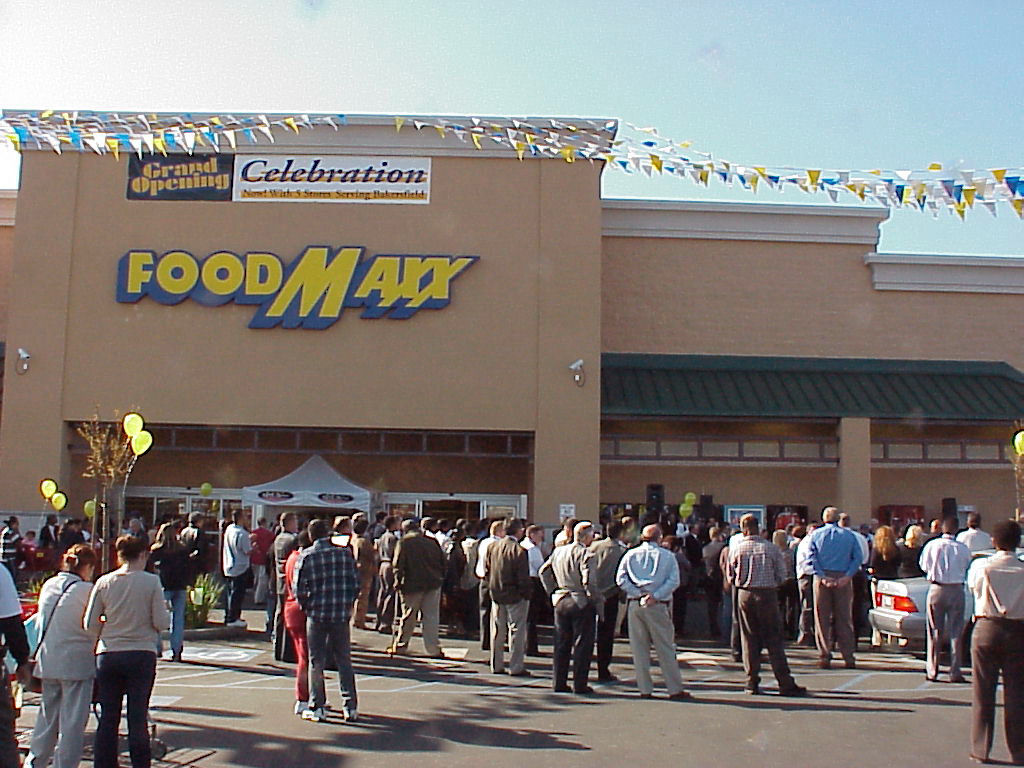 FoodMaxx's 2003 opening on the southwest corner of Union and California avenues marked a success by neighbors and city officials who worked to attract a large grocery store to southeast Bakersfield.

Having completed the renovation work shown in this May file photo, Superior Grocers plans to open a new, remodeled store Wednesday at the former FoodMaxx at Union and California avenues.

Superior Grocers plans to open a new, remodeled store this summer at the former FoodMaxx at Union and California avenues.

FoodMaxx's 2003 opening on the southwest corner of Union and California avenues marked a success by neighbors and city officials who worked to attract a large grocery store to southeast Bakersfield.

Neighbors had good reason to celebrate when in early 2003 a FoodMaxx grocery store opened at the southwest corner of Union and California avenues.

As southeast Bakersfield's first new supermarket in many years, the project was a big accomplishment by city officials working with a local developer in response to requests by residents. A new Albertsons opened not long after, seeming to ride FoodMaxx's momentum, at Chester Avenue and Brundage Lane.

It's no surprise, then, that neighbors were saddened when the FoodMaxx finally closed in January and its employees were dispersed among the chain's three other Bakersfield stores. Shoppers said they had enjoyed the store, not only for its prices and selection but also its unique feel and friendly staff.

But FoodMaxx's closure is not the end of the story. A new supermarket to be operated by a different company is scheduled to open at the site this summer after a series of renovations now underway.

City officials past and present have warmly welcomed the new operator, Santa Fe Springs-based Superior Grocers, which has another Bakersfield store at White and Hughes lanes.

Among those celebrating is former City Councilman Mark Salvaggio, who was among those supportive of the initial project that broke ground in 2002. At least the building won't be left empty for long, he said.

“It may be just the thing for that area," he said, adding that the new Superior will fill an important vacancy. "That’s the last thing we need on Union Avenue, is more blight."

One thing that may be important to the new store's success, according to the new operator and some nearby shoppers, is demographic targeting. That is, who will the store target, the area's long-standing African-American residents or its growing Hispanic community?

The answer is both, and more, said Superior Grocers President Rich Wardwell.

While the chain is known for catering to Hispanic tastes, he said, it's also very strong in products favored by African-American and Asian shoppers.

The company has studied the area's demographics and plans to offer fresh baking, a butcher shop and kitchen, he said.

He added Superior does well in Bakersfield and appreciates the city's helpful staff. The company also likes the opportunity to step into a location that previously served as a supermarket, as was the case when it took over the former Vons on White Lane.

"We just feel it’s the right spot for us,” he said.

"We see this as a neighborhood that has ... a strong Hispanic presence," he said. "But we’re comfortable serving all.”

Lisa Turner, a disabled woman living near the supermarket, remembers being kind of upset when the FoodMaxx shut down. She said she will definitely go and spend her food stamps at the new Superior.

Neighbor Lora Briggs was not as welcoming of the newcomer. She doesn't eat much Hispanic food and said it was her impression Superior specializes in Mexican food.

But she was pleased to learn of Wardwell's plan to offer an appropriately diverse selection.

"As long as they got something like we could get," she said.

FoodMaxx had seen better days at that site, he said, while Superior has excelled by offering personal service and a festive atmosphere.

"Superior is one of several ethnic grocers that are doing a fantastic job," he said by email.

Assistant City Manager Jacqui Kitchen wrote in an email that residents of southeast Bakersfield have long requested more grocery and pharmacy options. She said she hopes Superior's investment along Union will lead to continued development in the area.

City Councilman Willie Rivera, whose Ward 1 includes the supermarket site, said the city has monitored the supermarket's transition since late last year. Excited to see Superior open, he said by email the southeast area "needs and deserves" access to groceries "just like the rest of Bakersfield."

"I’m thrilled the community is not losing something it has fought so hard for and I’m thankful for the investment Superior Grocers is making in this area,” he wrote.

The last time I checked, most humans who shop in grocery stores are inclined to buy fresh produce. So, it matters not what race or ethnic origin a shopper is...just that they are hungry, need groceries and can find a way to pay for them. Simple. It's tough to steal big items. Hopefully this new store won't have a lot of little things that easily fit into a person's pockets!

She Dee are the stores to sell only 1 gallon cans of soup and vegetables and half a cow at a time? Maybe we need to make our punishments fit the crimes. Theft and vandalism: Singapore you get caneing and many countries your hand is cutoff for repeat offenders. It’s not cruel and unusual punishment- learn history about the Eighth Amendment. When our fore fathers passed it , was because of 18th Century England and their laws. 200 different crimes were subject to hanging : such as being a pick pocket or stealing food. This is what our fore fathers were referring to. Remember you are paying for these crimes- increased charges for food, insurance, court costs , law enforcement. We all pay for people committing crimes, one way or another.

The stores success or failure will balance on the community. They can determine their own fate. Make it work! It's your call.

Good luck with that. Shoplifters shut down the last one. The Albertson's at Chester and Brundage has not made a profit any of its years it's been open.