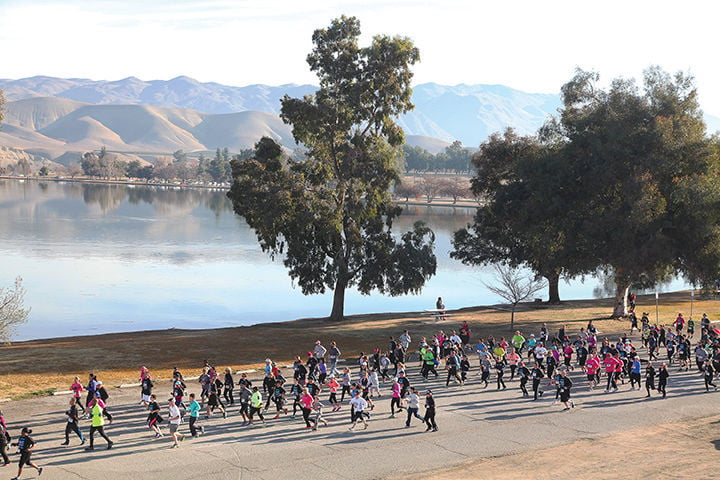 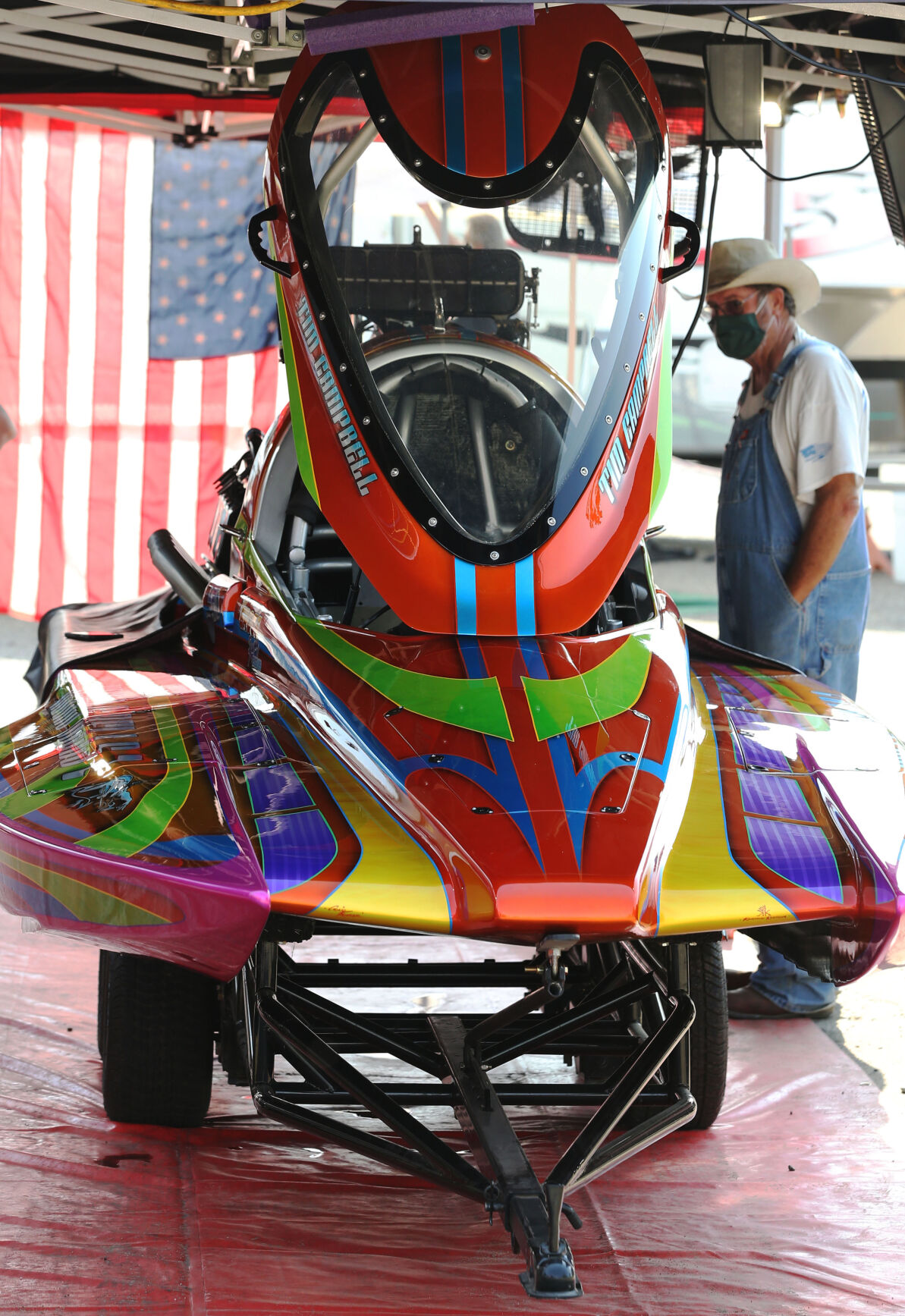 A gentleman checks out Tim Campbell's Drag Boat, Hells Bells Two, in the pit area ahead of a competition earlier this month. Drag boats can reach speeds of 200 mph.

A gentleman checks out Tim Campbell's Drag Boat, Hells Bells Two, in the pit area ahead of a competition earlier this month. Drag boats can reach speeds of 200 mph.

Lake Ming was built in the late 1950s for boat racing and remains a destination for watercraft competitions, but a few Kern County residents wonder if it's time for the county to reconsider the long-running tradition.

The Kern County Parks and Recreation Commission voted last week to create a committee to consider that issue after Sierra Club and others raised issues at the meeting with public access to the lake, its water quality, noise from drag boat races and concerns that outside groups using the space don't always respect the rules.

"I think if you put wings on those boats they’d probably take off and fly," said Mark Martinez, a Cal State Bakersfield professor who lives a few miles away in Rio Bravo. He raised the noise issue before the commission on Wednesday, as well as public access concerns, considering the lake is restricted for public use more than 30 days a year for boat racing and some other events.

An officer of the National Jet Boat Association said Friday the group has raced at Lake Ming for 31 years and the events contribute to the Bakersfield economy. Josh Patridge, the race director, estimates each event generates $30,000 to $50,000 with money spent at hotels, restaurants and gas stations, plus money the parks department receives in fees.

"That lake was made specifically for drag boat racing in the 1950s," he said.

NJBA holds six competitions a year at Lake Ming, Patridge said. Public access is closed during each two-day event and partially closed three days before and one day after the competition. This year the group requested the third day before the event, which was granted. Due to COVID-19, half the group's races were canceled this year, but if events had gone forward the lake would have had restricted access on 36 days this year for NJBA races given the extra days the group requested and received.

But the public never got a say in that decision, said Eddy Laine, a Sierra Club member who lives less than a mile from the lake.

"We have this increasing intrusion by outside groups who have no concern for noise or impacts on the community," Laine said on Friday. "That’s a valuable resource for our community and that’s what we should be protecting."

Events at Lake Ming requiring restricted public access have increased in recent years. From 2015 through 2019, the fewest days of special event closures was 27 in 2015 and the most was 44 in 2018. This year, if all events had gone forward, including a regatta and triathlon, restricted days would have reached 46.

The county received $5,000 for an NJBA event held at Lake Ming in September, according to Kern County Chief Administrative Officer Ryan Alsop. The number varies slightly depending on how many boats enter the competitions.

The county's General Services Division is allowed to draft agreements directly with the group for use of the park, according to Alsop. But community members can voice their opinion about the parks to the parks commission and the Board of Supervisors, Alsop said. Typically events wouldn't go to supervisors for approval unless it required major accommodations or would be attended by thousands of people, like the Lightning in a Bottle music festival held at Buena Vista Recreation Aquatic Recreational Area.

But Laine pointed out there is no way for the public to know what's under consideration for the parks.

Laine and Martinez have other concerns as well. Both pointed out that today's drag boats are nothing like what they were decades ago. The boats' engines are high-powered and loud, reaching speeds of 200 mph. And both also felt that outside groups were being given special event access without considering impacts on the local community.

Martinez told the commission about the importance of public parks for the many low-income residents of Kern County, especially those who often live in cramped quarters and apartments with no yard to enjoy the outdoors.

"When you close off Lake Ming for more than 30 days last year, you’re closing off the lake for some of the poorest, most marginalized communities," Martinez said. "It’s a quality of life issue, it’s about the type of society we want to have for our local community and not just dragboat racers who have a history there."

Laine said he was bothered by what he saw when NJBA held its first event of the year at the lake in September. Off-road vehicles were being driven on the bike path near the lake, which is not allowed, and no one seemed to be taking precautions for COVID-19, despite hundreds of people at the lake for the event.

"When the guy got on the loud speaker and said people are supposed to wear masks, the crowd laughed," said Laine.

According to the county's agreement with NJBA, approximately 500 people attended the event.

Asked about the situation, NJBA's Patridge said a park ranger was at the event to enforce rules about off-road vehicles.

The county, however, rewrote its agreement with the group ahead of its October event to clarify rules on off-road vehicles and require compliance with state COVID-19 guidelines.

Kathleen Chambers, a parks commissioner for Mike Maggard's supervisorial district, which includes Hart Park and Lake Ming, said the issues raised by Laine and Martinez are relevant, especially during the coronavirus pandemic when so many people are rediscovering the value of public parks and open spaces.

She said the new committee will address issues like noise level and the appropriate number of events at the lake each year.

"Our goal is to balance and learn how to accommodate both sides and do what’s best for the community," Chambers said.