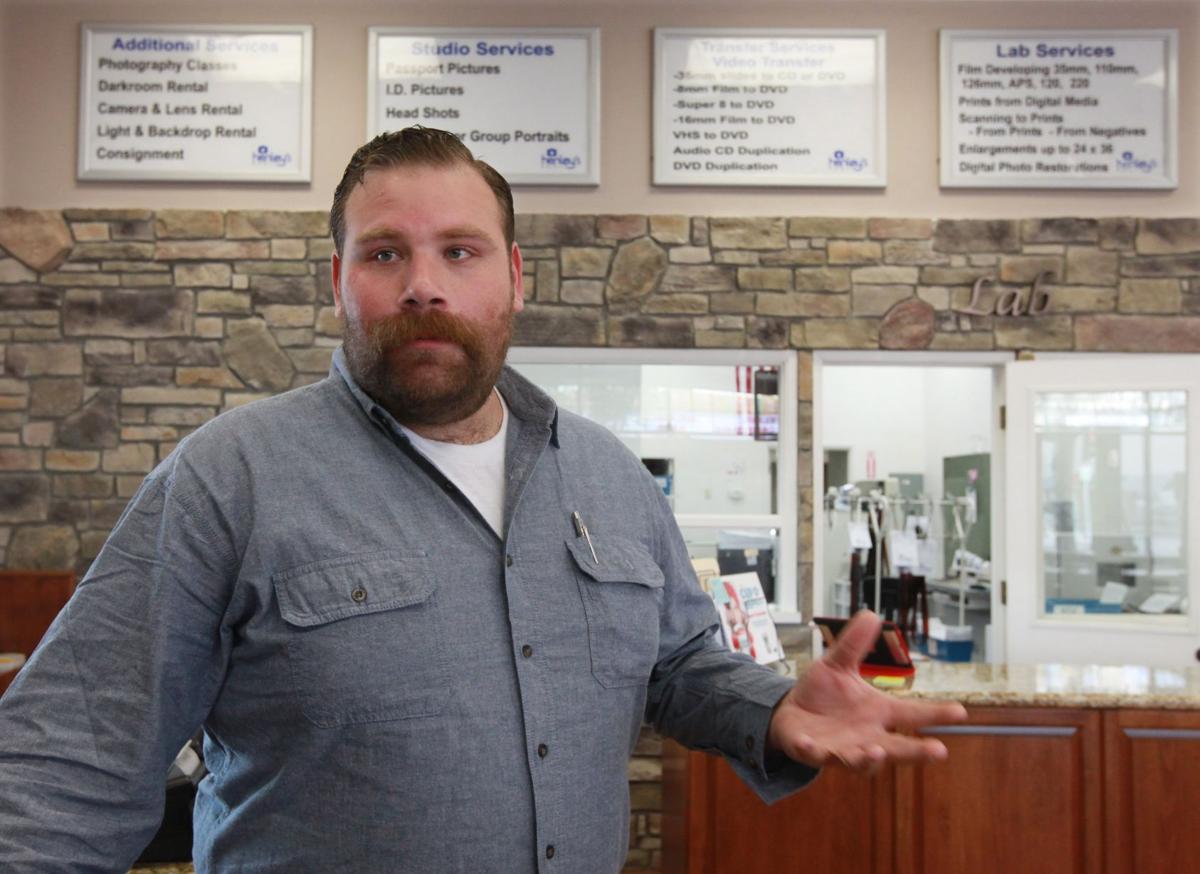 Jimmy Bunting is the new owner of Henley's. The film proccessing lab is behind Bunting. 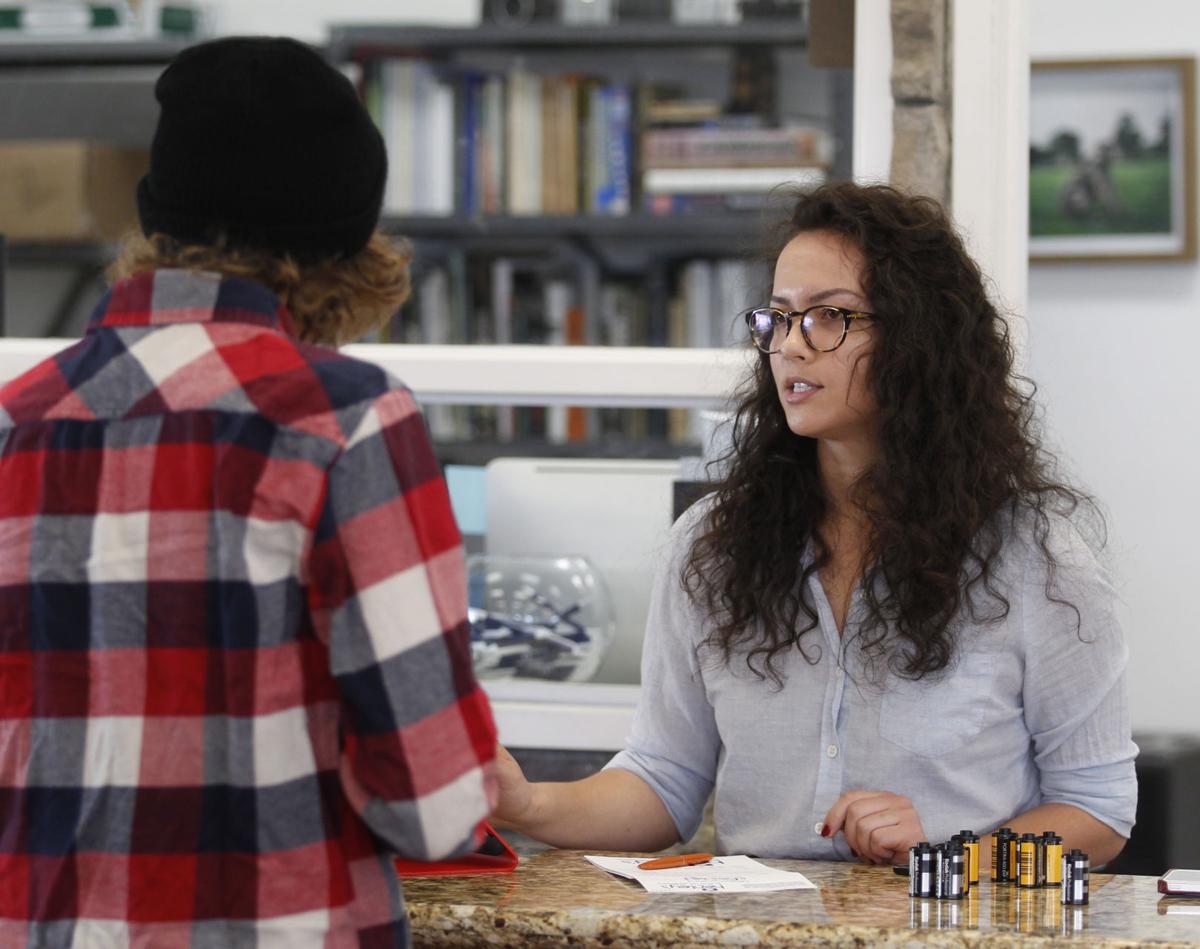 Marielle Chua helps 19-year-old Alex Raines as the young art student drops off eight rolls of film to be processed at Henley's. The photo store will still continue to process film as it has in the past.

Jimmy Bunting is the new owner of Henley's. The film proccessing lab is behind Bunting.

Marielle Chua helps 19-year-old Alex Raines as the young art student drops off eight rolls of film to be processed at Henley's. The photo store will still continue to process film as it has in the past.

On the contrary, Henley's Photo is being reinvented by a new owner who hopes to position the 65-year-old business to meet the challenges of the digital age.

Jimmy Bunting, 30, took over the shop at 2000 H St. on Dec. 21, about the same time that Craig Neville, his former boss at the shop, sold the building to Amy and Kelli Davis, owners of the Fashionista women's clothing boutique across the street.

While many details remain to be worked out, including who will lease the majority of the property's ground-floor retail space, Bunting said he plans to focus on processing film and making prints, which he says have become the shop's mainstay in recent years.

Henley's will continue to offer classes and sell camera batteries, memory cards and other accessories, Bunting said. But no longer will the store sell cameras and lenses, except as a commission-earning affiliate of the online retailer Amazon.

Bunting's only regret is that some customers got the mistaken impression that his decision to focus on service instead of sales meant the downtown fixture was shutting down.

"By providing topnotch service, we've been reaching out to people and keeping 'em happy," he said Tuesday morning as a steady stream of customers walked through the front door straight back to the photo lab to place and pick up orders.

Neville said Bunting's definitely on to something. Since Neville bought the building about three years ago, equipment sales have tapered off in the face of online competition, even as locals continued to make good use of the film developing side of the business, he said.

For his part, Neville has become increasingly busy with his labor contracting business. That and a divorce persuaded him the time was right to sell.

The Davis sisters across the street seem to think so, too.

"To us, it's a great investment," Amy Davis said.

She said that she and her twin sister, both supporters of downtown revitalization, plan to keep their 7-year-old business right where it is while they look for a tenant other than the typical office renter.

Some kind of shift in Henley's business model seemed inevitable given the dual trends of digital photography and online retailing.

Bakersfield has gone from as many as five camera shops in the early 1980s to just one: Henley's. Meanwhile, corporate-owned drugstores and big-box retailers have offered convenient, low-priced photo processing and equipment that compete with low prices available over the Internet.

What's sometimes missing amid these changes is face-to-face contact with someone who understands photography and has the time to help newcomers to the field.

Ed Kreiser, a professional photographer in downtown Bakersfield, said Henley's is well-suited to fill that gap.

"You need a place that has knowledgeable people to answer people's questions and guide them on the right road," said Kreiser, who also teaches photography at Bakersfield College's Levan Institute for Lifelong Learning.

"The service end of it is really, really where it's at."

Bunting agrees. He plans to keep two employees working in the photo lab and have little or no sales floor, instead storing most inventory behind the counter.

The really good news, he said, is that business were very strong during the Christmas season. He attributed some of that to some customers' preference for prints of a high enough quality to hang on otherwise dreary walls.

Across from the landmark Fox Theater at one of downtown Bakersfield's busiest intersections, a commercial property sale earlier this summer is…