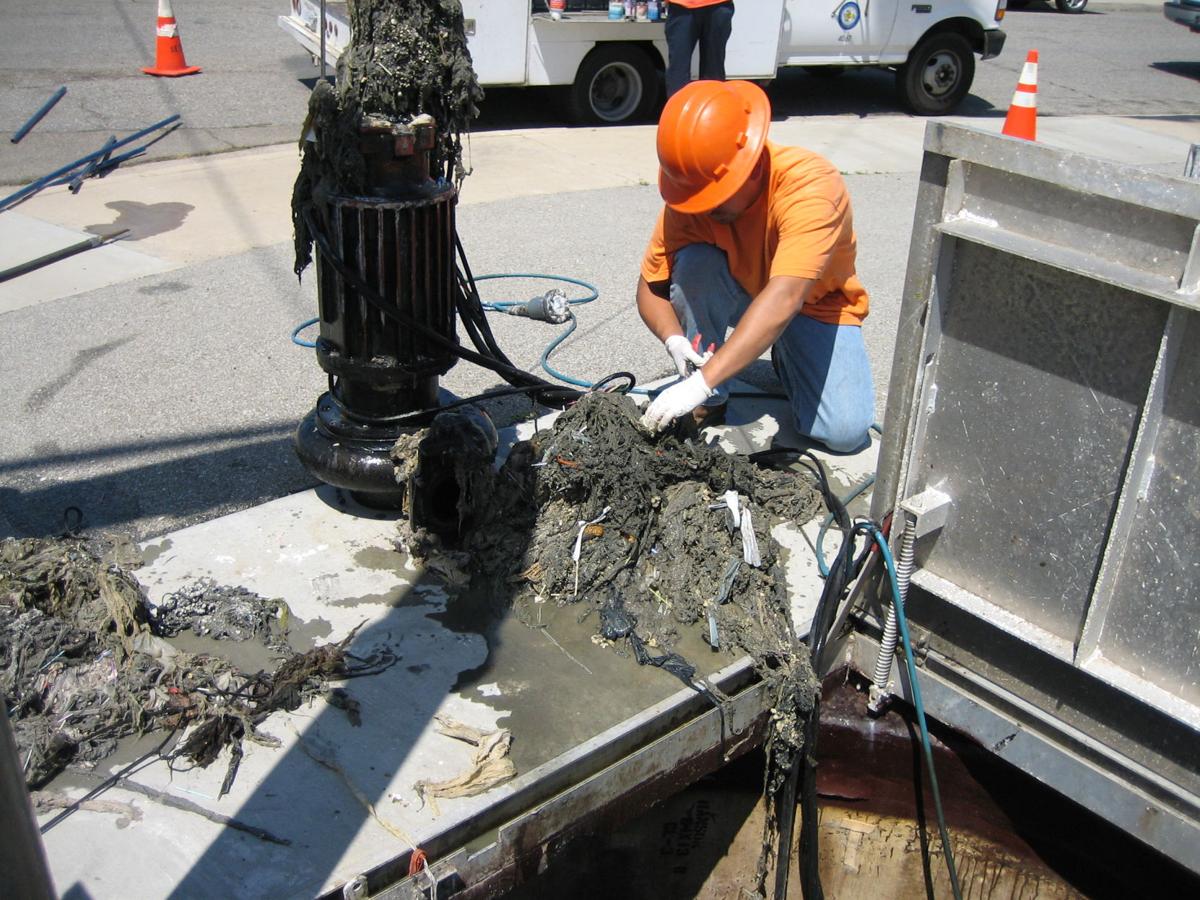 A city employee attempts to clear up a clog in the city's sewer system. The city is experiencing a large number of clogs due to residents flushing improper objects down their drains. 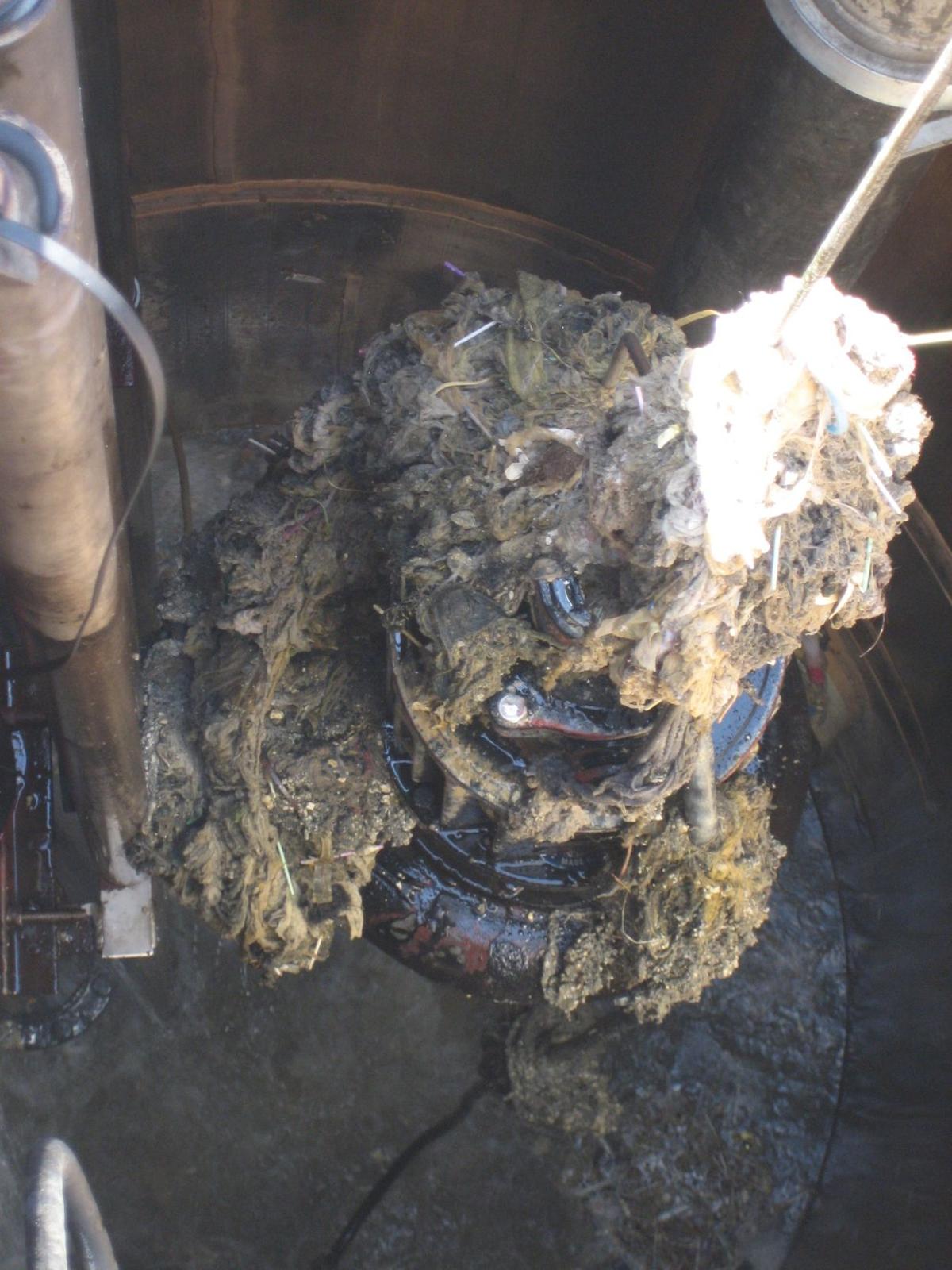 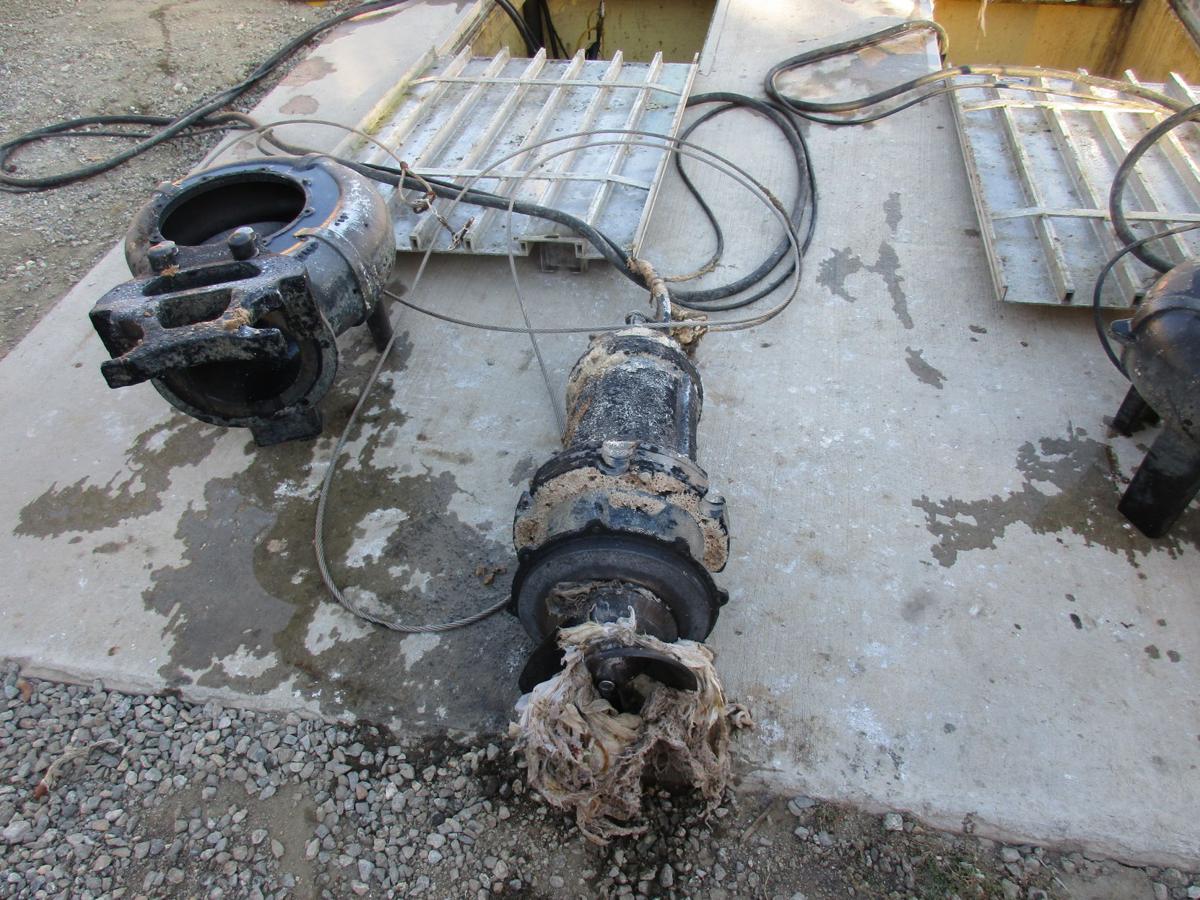 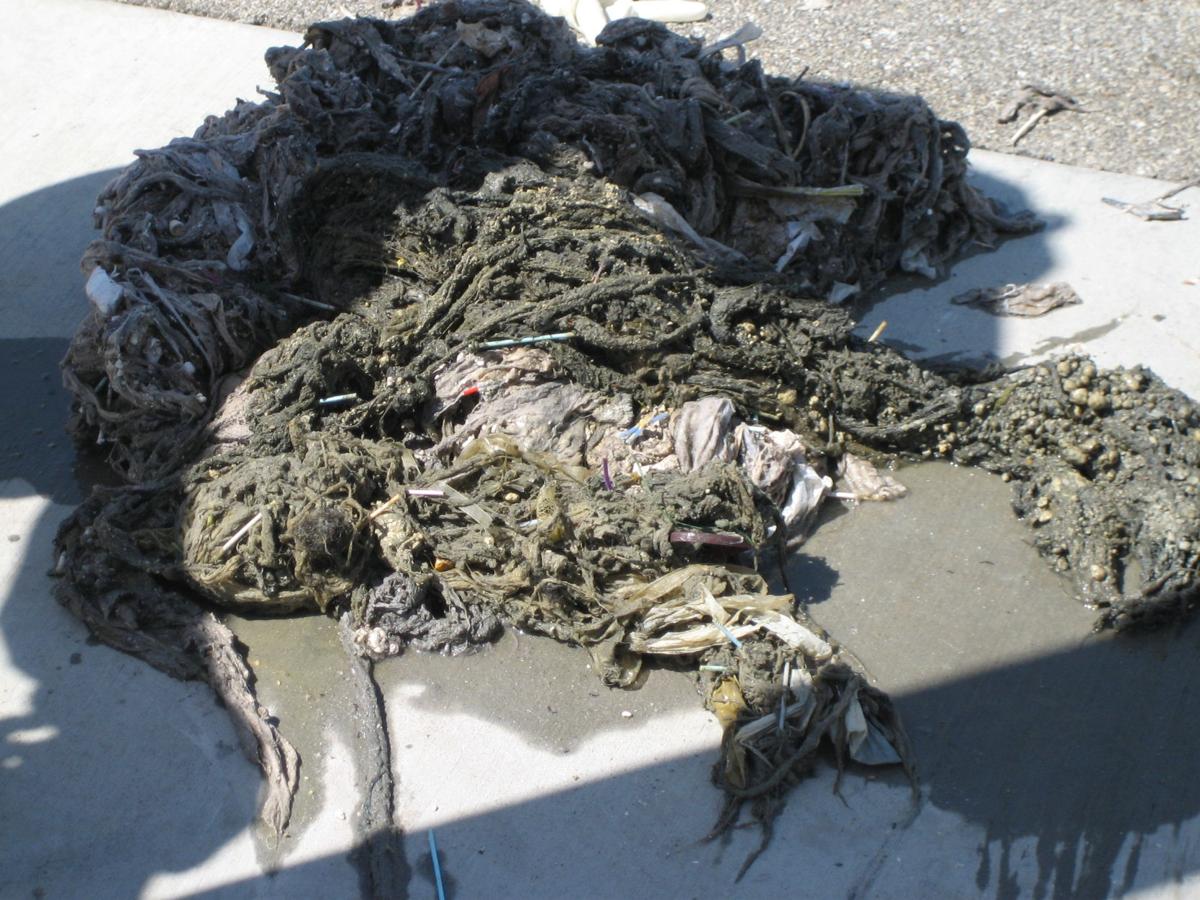 A city employee attempts to clear up a clog in the city's sewer system. The city is experiencing a large number of clogs due to residents flushing improper objects down their drains.

Silverware coming from the downtown jail.

These are among an assortment of foreign objects flushed down toilets and drains that have led to what Bakersfield city officials say is an "alarming" number of clogs in the sewer system.

At least once a week, a team of city workers must unclog one of the system's 55 lift stations, according to Street Superintendent Michael Connor, a process that can cost anywhere from $3,000 to $25,000.

“It’s a pretty bad deal,” he said. “We’re spending so much money right now redoing our lift stations to try and accommodate it, we’re trying to see if there’s a way to slow it down.”

Although odd items make their way into the sewer the trouble started about a decade ago when companies came out with so-called flushable wipes.

The wipes, which resemble baby wipes and can say “flushable” on the package, do not break down as quickly as regular toilet paper when flushed.

Whereas toilet paper will disintegrate almost immediately upon being flushed, the moist wipes can take far longer.

“If it sits there, and it takes a couple of hours to break down, that has a chance to get in the sewer and start to clog,” said Greg Wolf, an industrial waste inspector for the city.

He said other items can catch onto the wipe to cause a chain reaction of more and more debris stuck in place inside the pipe.

“If there’s a small clog, it will just build upon itself,” he said. “Normal stuff that will go through will start clumping on to that little bit of debris and it will just back up.”

The city has attempted to upgrade its lift stations to better handle the increased amount of objects that pass through, but the improvements can cost anywhere from $300,000 to $1 million depending on the size of the station.

Aside from the cost, backups and manhole overflows can occur as a result of clogs.

To help combat the excessive flow of waste in the Bakersfield’s sewer pipes, the city plans to mail notices to all homes on Monday. The notices will feature “sewer monsters,” graphics intending to educate residents about what can go down their drains.

But, according to Connor, the only thing that should be flushed down your toilet is good old-fashioned toilet paper and “whatever comes out of your body.”

A public education campaign that will be launched in May will complement the notices, featuring "sewer monsters" that shouldn’t be flushed. The city even commissioned a short video of a woman breaking up with the “plug life monster,” who she said has flooded her apartment.

If more people don’t “break up” with their flushing habits, city officials worry the costly backups could continue indefinitely, if not get worse.

“Just because it may go down the toilet, it may not get very far,” Wolf said.

The video, along with more information on what can be flushed can be found at www.cantflush.us.