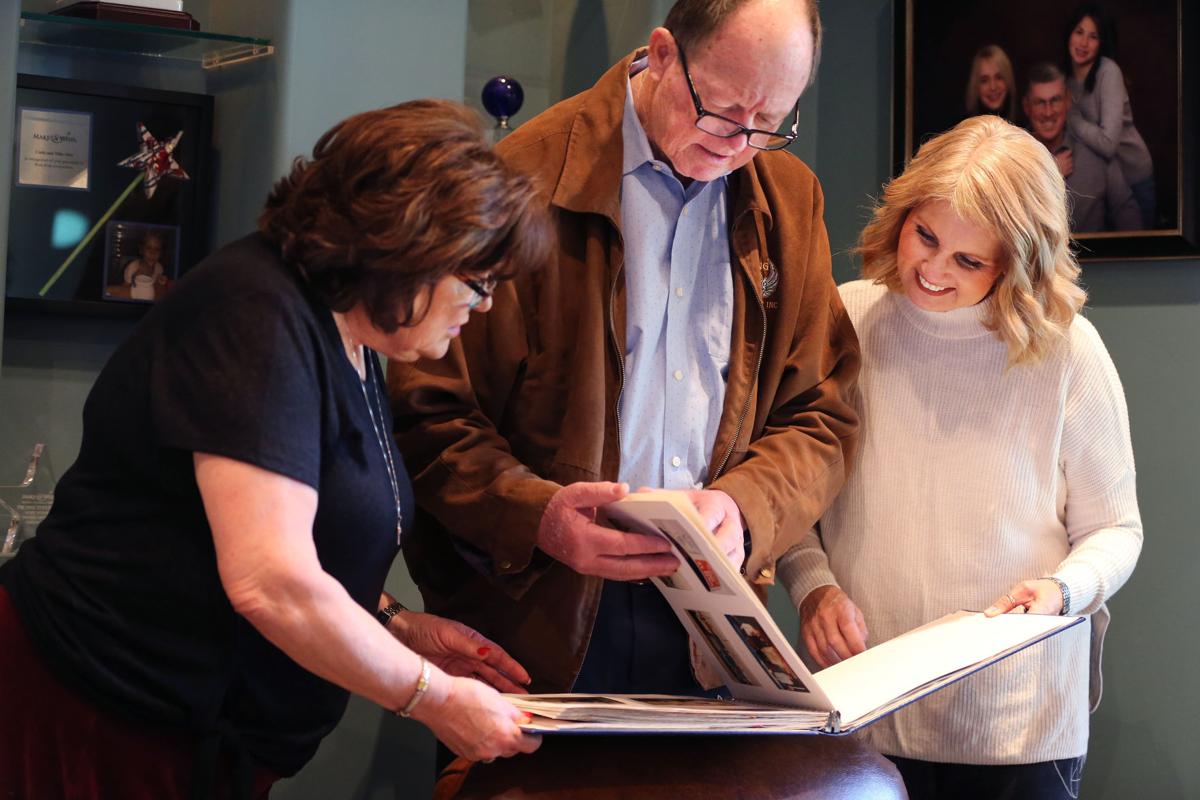 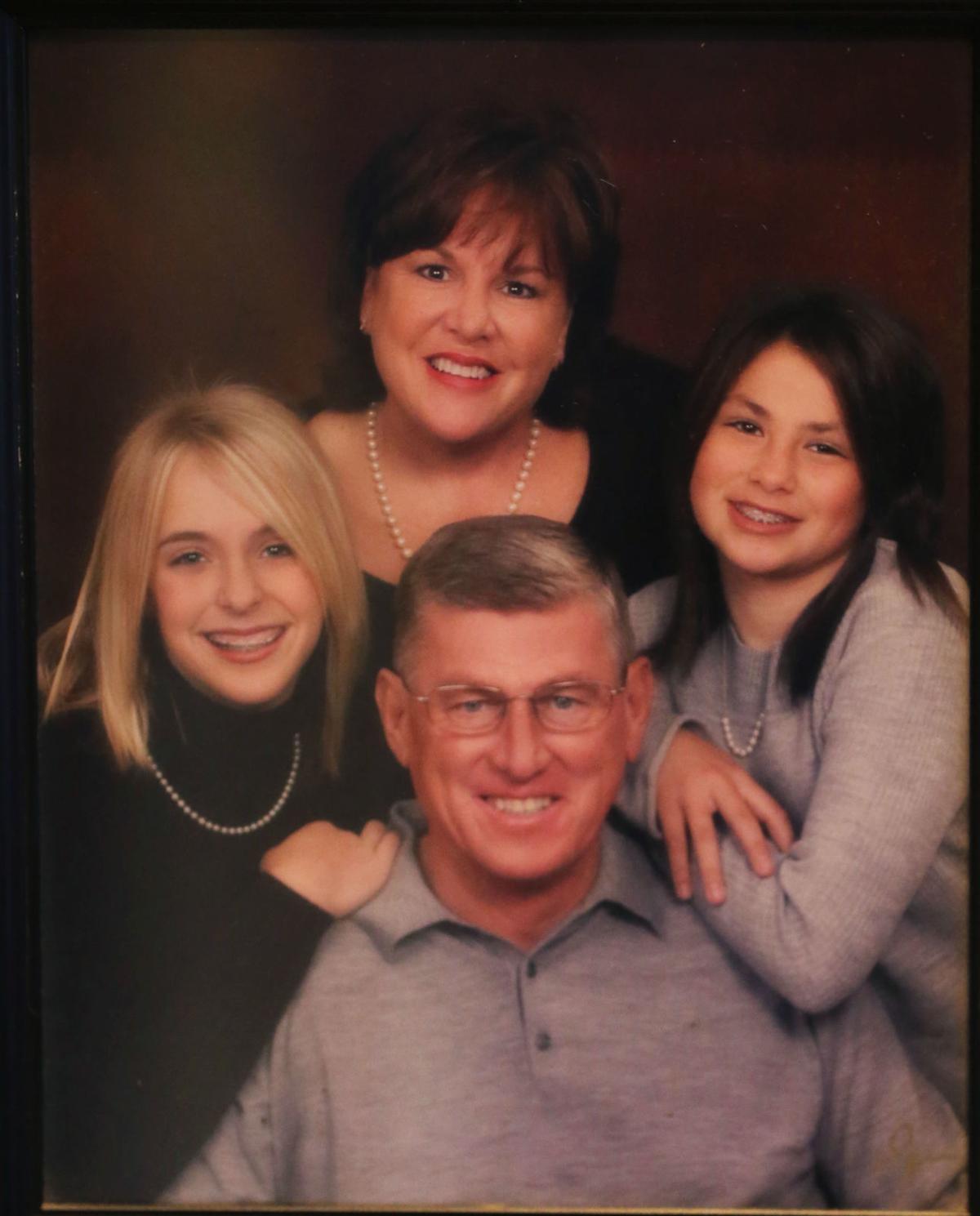 A family photograph of Kaylee, Cathi, Stevie and Mike Stier, taken shortly after Mike was diagnosed with cancer in 2005. 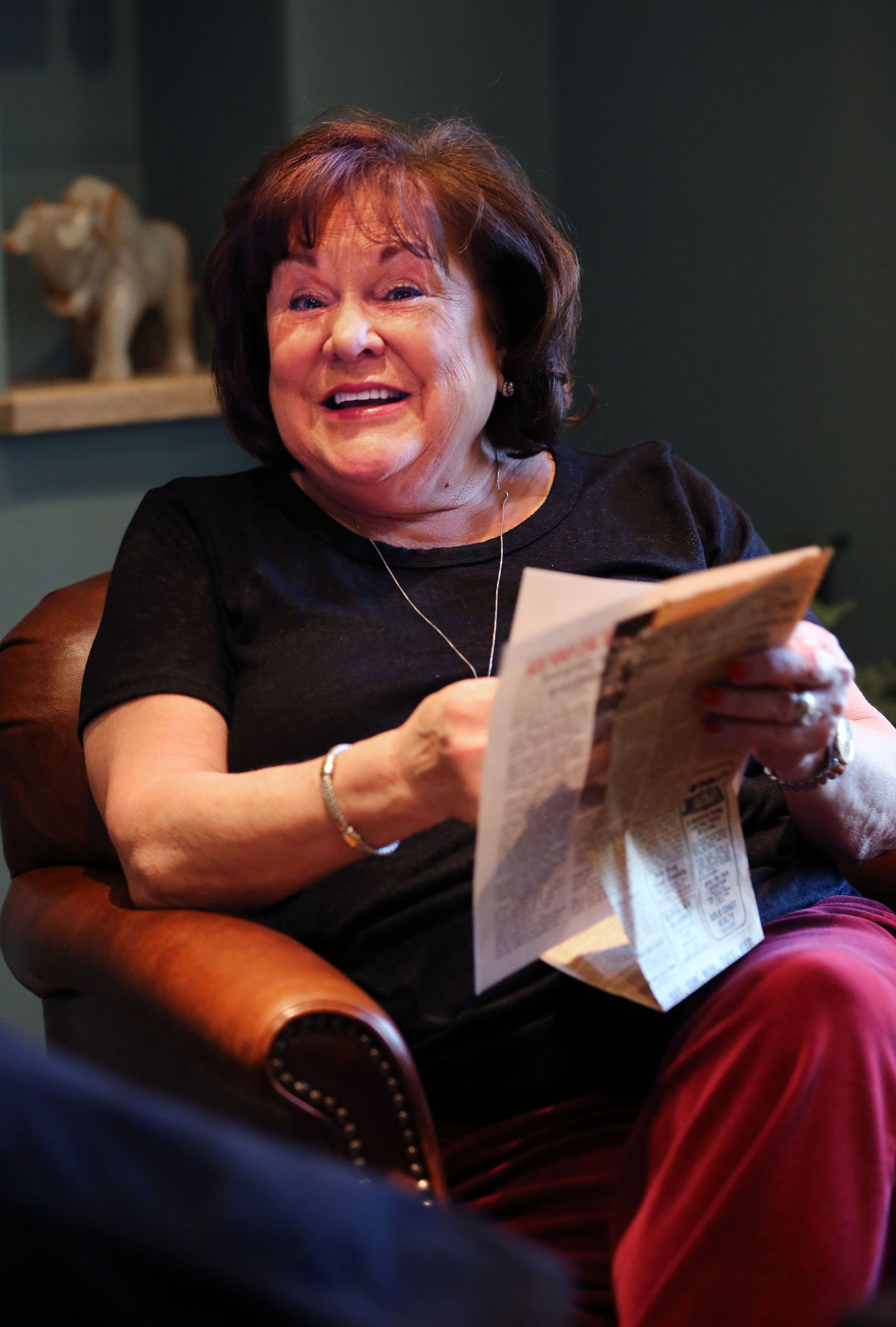 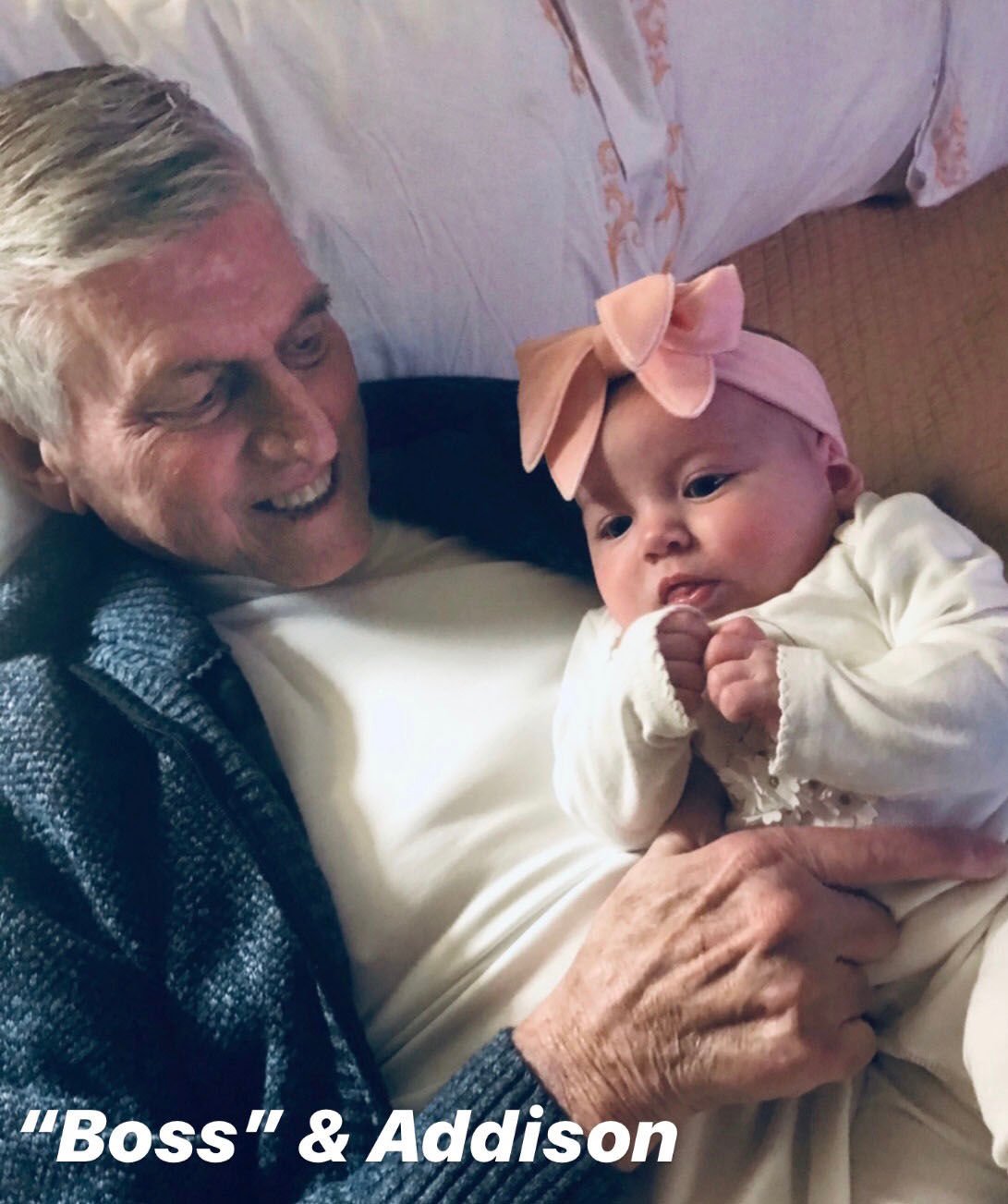 Family photograph of Mike Stier and his granddaughter Addison Michael Stier, taken the day before his passing. 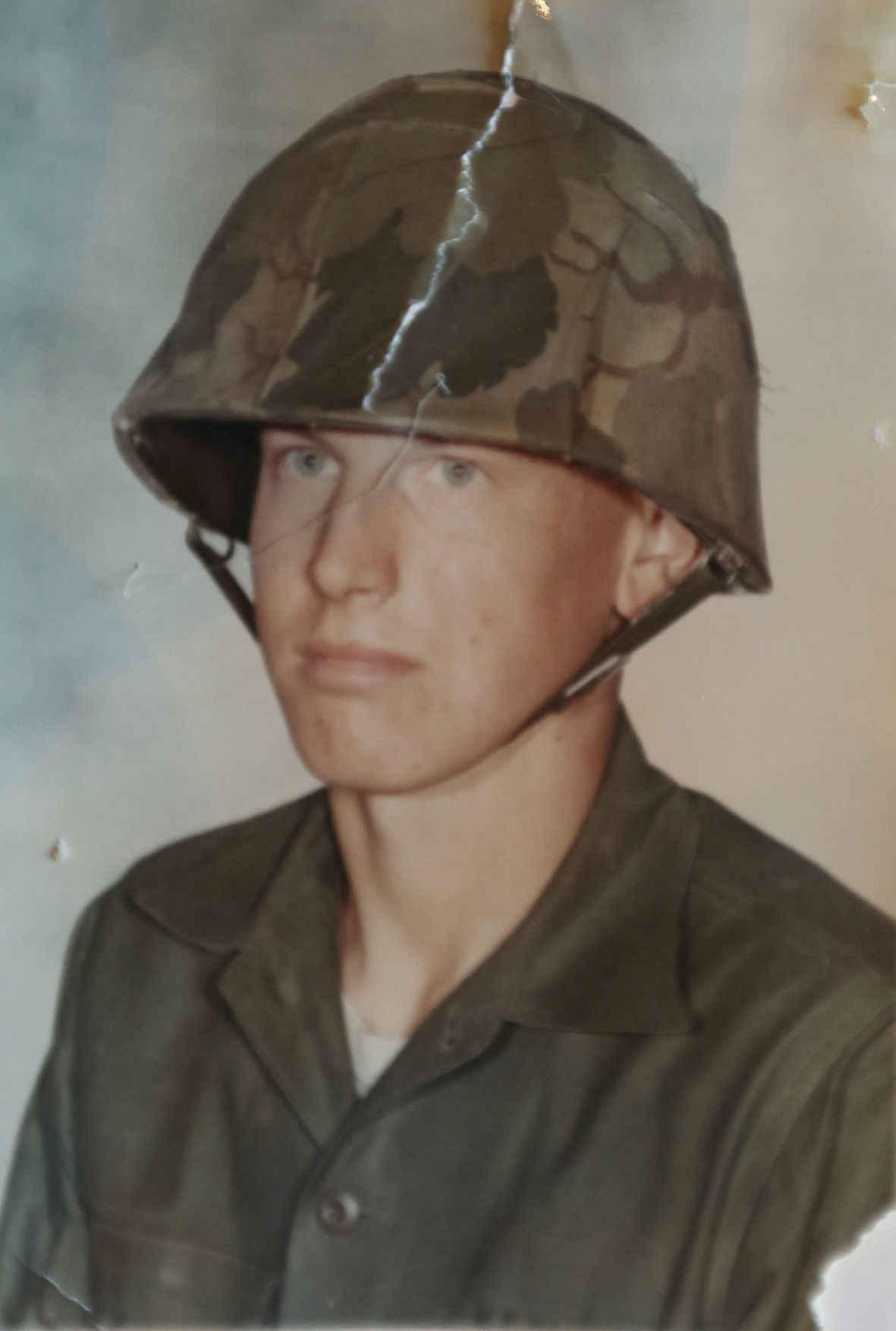 Family photograph of Mike Stier as a Marine in August 1967. 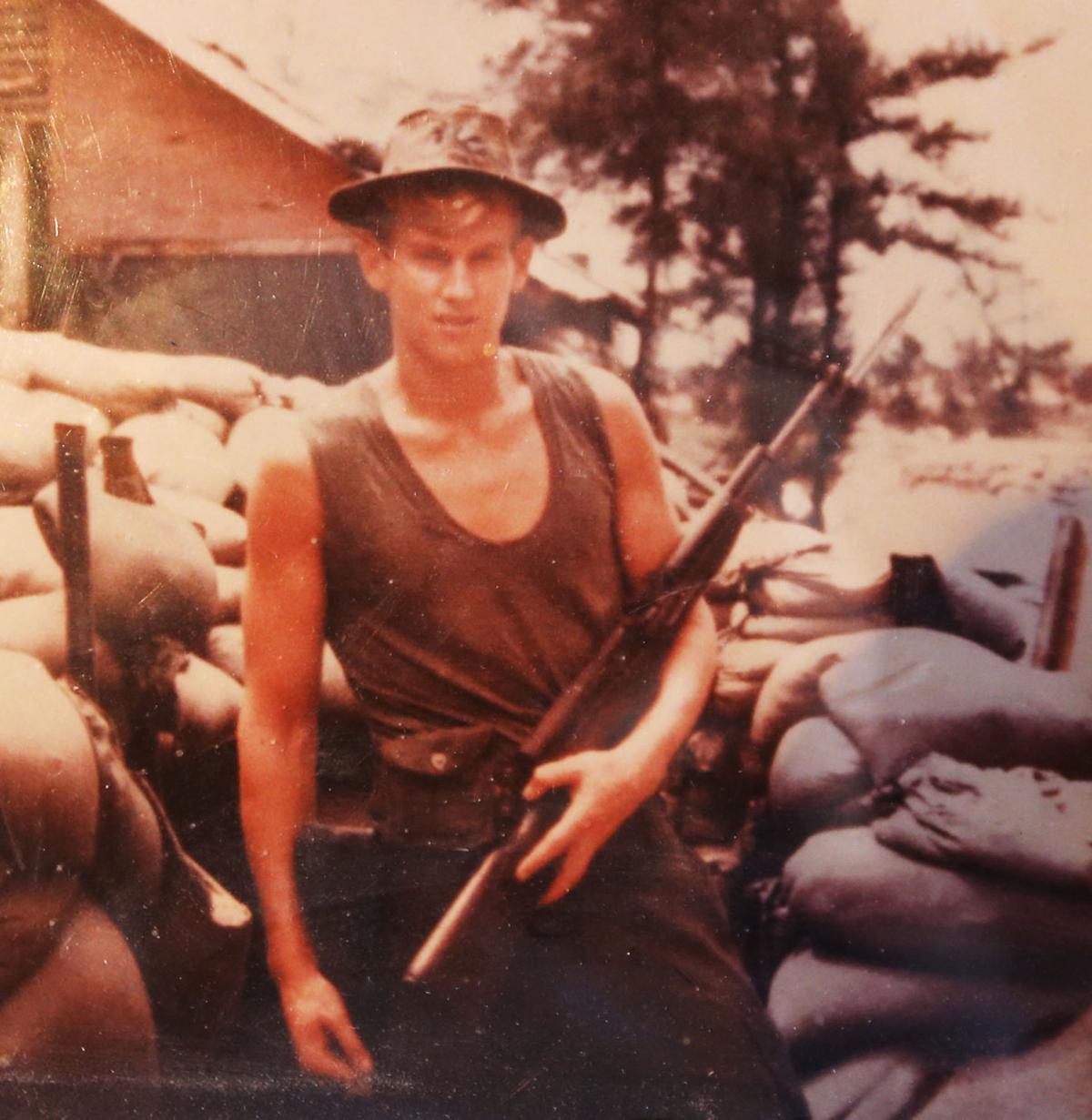 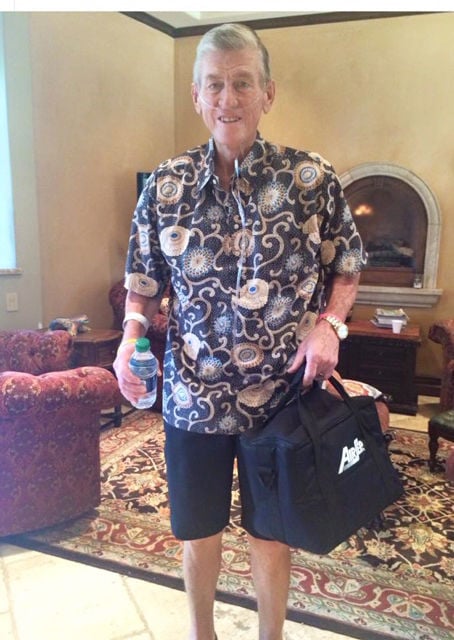 A family photo of Mike Stier leaving the house to play cards with friends.

A family photograph of Kaylee, Cathi, Stevie and Mike Stier, taken shortly after Mike was diagnosed with cancer in 2005.

Family photograph of Mike Stier and his granddaughter Addison Michael Stier, taken the day before his passing.

Family photograph of Mike Stier as a Marine in August 1967.

A family photo of Mike Stier leaving the house to play cards with friends.

The longtime owner of Bakersfield's best-known and highest-profile RV dealership has died.

Mike Stier, who for decades owned Stier's RV, readily identifiable by its massive American flag, died Friday at his Bakersfield home. He was 71 and had suffered from cancer and the effects of treatment since 2005.

Stier's vast, 50,000-square-foot recreational vehicle showroom, which opened in January 2000, dwarfs some basketball arenas. The facility, on 10 acres near the Bakersfield Auto Mall, was sold in 2004 to Camping World, whose general manager ordered the 40 foot-by-70 foot flag lowered to half-staff in Stier's honor.

In the early 2000s, Stier's RV was one of the top five RV dealers in sales volume in the state.

Stier loaned out his massive showroom for charity events and other social gatherings to organizations like Junior League, March of Dimes and, one of his favorite organizations, the Make-a-Wish Foundation.

""You could go somewhere with him and it was never boring," said Barry Phillips, who went to work for Stier in 1983 and became his business partner in 2009. "If there was nothing going at the time, wherever it was, that would chance real quick. He had a way about him."

A television commercial for Phillips' business, Barry's RV, taped in September 2018 off the fifth fairway at Bakersfield Country Club behind the Stiers' house, features Phillips, Stier and several others around a campfire. The commercial is still in rotation on local stations.

Michael G. Stier grew up in the Monterey County farm town of Salinas.  As a high school student he ran two miles a day through a lettuce field to get to his 35-cents-an-hour job picking lettuce and broccoli. He boasted he could fill up a box of lettuce faster than anyone in his work crew. Later he sold sewing machines and televisions on a street corner.

Upon graduation in 1966, Stier served in the U.S. Marine Corps for three years, a deployment that included a year in Vietnam. Discharged from the Marines in 1969, he attended Hartnell College in Salinas but, finding his classmates in those difficult days less than friendly to veterans, left without graduating. As a result of that experience, he often professed admiration for "C" students and skepticism about the value of college. Nevertheless, he sent his daughters to university educations.

At age 24, Stier was hired by a camper-shell company and in 1973 was offered the chance to branch out on his own in one of two territories: Bakersfield or Las Vegas. He studied the markets, chose Bakersfield and was forever happy with his decision — although he would later enjoy frequent trips to Vegas. He set up shop in an old gas station at Terrace Way and Union selling camper shells, cab-over campers and similar products. In setting up his business, according to his wife Cathi Stier, he told the bank he already had the property secured and told the property people he already had bank financing lined up.

Stier liked to play. He enjoyed a little gambling, and he often hunted — occasionally running afoul of Fish & Game wardens.

Stier enjoyed an occasional cocktail too, but not served just any old way. It had to be served in Stryofoam — or, more specifically, "Stierfoam." He ordered 500 Styrofoam cups with the Stier's logo and drank out of them regularly — even when everyone else at home was drinking out of crystal, even at the bar at Bakersfield Country Club, where he was known to have a rum and Coke, or, if an effort to be healthy, vodka and guava juice.

"We still have some of those Stierfoam cups in the garage," said wife Cathi, whom Stier met when he was 33. They were married 35 years.

Stier sold his business to Camping World in 2004 and stayed on with the company for one transitional year. When he broke news of the sale to his top managers, he handed each of them a Rolex watch.

But the salesman in him never retired. He greeted Mark Slater, a former employee and family friend who has lived with the Stiers for several years, with the same words: "What did you sell today?"

Said Phillips: "He used to say, 'I miss the cha-ching.' It didn't matter if he sold it or someone else sold it."

After Phillips went to work for him 36 years ago, Stier "called Barry every single day of his life," Cathi said.

Stier was diagnosed with Stage 4 head and neck cancer in 2005 but beat it into remission with chemo and radiation therapy. But that regimen caused damage of its own, and he had many close calls, suffering septicemia eight times, according to Cathi Stier.

"He just kept bouncing back," she said. "We always knew this day would come, but it's hard to be prepared because he just kept coming back."

On Monday Stier drove himself to his doctor's appointment, which, according to Cathi, "He never did." On Tuesday he played cards at Stockdale Country Club, she said, and on Wednesday he played cards at Bakersfield Country Club. On Thursday, "He said he didn't feel well, so he stayed home and watched 'Jeopardy!'" and enjoyed his three-month-old granddaughter, Addison Michael Stier. On Friday, he died.

Root for LSU in Monday night's college football championship game against Clemson, Terlep reminded her. Both he and Mike had placed $2,000 bets on LSU, giving away five points to Clemson, per Vegas odds at the time.

Mike Stier played until the end, and, thanks to LSU,  his last one was a winner.

Stier is survived by wife Cathi, daughters Kaylee and Stevie, and granddaughter Addison. Services are tentatively set for Tuesday, Jan. 21, at the Bakersfield National Cemetery on East Bear Mountain Boulevard, near Highway 58.

Contact The Californian’s Robert Price at 661-395-7399, rprice@bakersfield.com or on Twitter: @stubblebuzz. His column appears on Sundays, Wednesdays and Saturdays.

The longtime owner of Bakersfield's best-known and highest-profile RV dealership has died.

Mike was an amazing man and will forever be that in the hearts of those who knew him. He was absolutely one of a kind and someone our community will miss.

He was a nice fellow. I remember years ago he came to our house; we had a couple of date palms we wanted to get rid of and he came and got them for his RV lot. (Even dug them up himself.) Rest in peace, Mike.