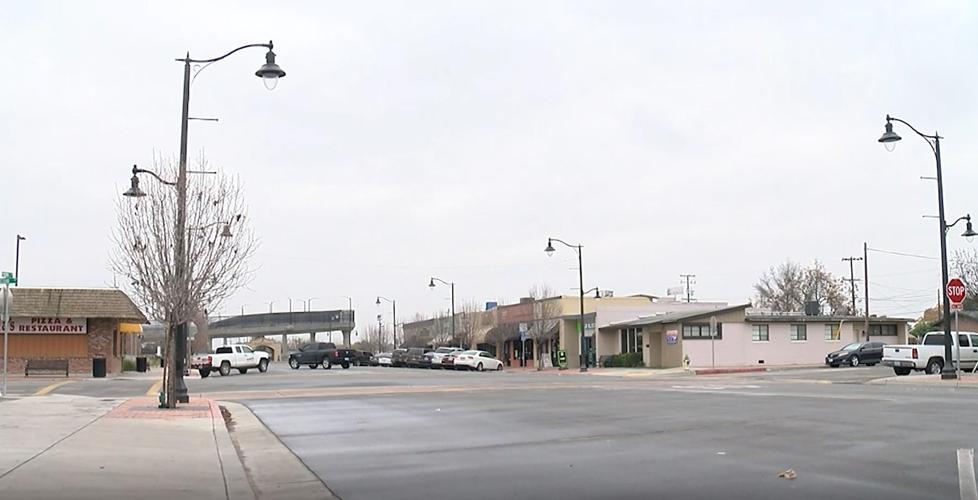 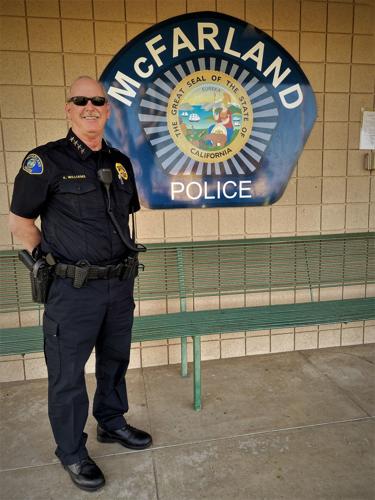 Kenny Williams is the chief of the McFarland Police Department.

Kenny Williams is the chief of the McFarland Police Department.

A yearslong effort to widen McFarland's tax base and jump-start its economy has taken a big step forward with the city's annexation Wednesday of 2,138½ acres of surrounding farmland — just more than enough to double its physical size while incorporating key frontage east and west of Highway 99.

Supported without exception by owners of the property involved, the approval by a 6-1 vote of the Kern County Local Agency Formation Commission raises hopes developers will move forward with commercial, residential and possibly industrial projects within McFarland's expanded borders. The resulting tax payments would help fund public services in a city of about 16,000 that has struggled financially in recent years.

The annexation, and the important zoning changes it brings, overcame concerns that commercial development comes at the expense of agricultural conservation. Kern LAFCO's executive officer recommended including 59 percent less land, only 882½ acres, in a transaction that changes jurisdiction but not ownership.

Commissioner Liz Morris was initially skeptical because the annexation involved "a lot" of farmland. But she figures that property will remain in agricultural use until it's developed, at which point it will help fund better services for the people of McFarland.

"I think this is a good way for them to try to spur some interest for people to build there and kind of fix some of the problems they're facing," said Morris, who also serves as a councilwoman in neighboring Delano. "I've got my fingers crossed that will happen."

County Supervisor David Couch, whose 4th District includes McFarland, said cities need to grow their tax bases to become successful, and McFarland couldn't do that because its former boundaries were mostly built out.

Couch said developers have been waiting for the annexation to take place for "quite some time." He expects private industry to step in soon with new restaurants, large equipment companies and manufacturing.

"A lot of the hurdles that a developer or business has to overcome have been addressed, and now it's up to the private industry to take a look at what's there and see if it makes sense for them," he said.

McFarland has had its share of municipal challenges in recent years, from changes in city managers and high staff turnover to a financial squeeze that has forced the city to consider turning a public library into a police station.

But the city has also seen new housing development recently and a biofuels proposal that would bury carbon from waste and produce an alternative to diesel fuel. The annexation is seen as promoting that kind of investment, along with new business along Highway 99 like a new truck stop, fast food restaurants and other employers.

The land in question was previously off limits to anything but agricultural use; it contains primarily almond orchards. The zoning approved Wednesday changes it to allow general industrial east of Highway 99 and north of Whisler Road, then light industrial north of Hanawalt Avenue and other commercial and residential zoning north of Taylor Avenue to Sherwood Avenue.

Land on the western side of the 99 can now be developed into highway commercial or mixed-use, between Whisler and north of Hanawalt, with property west of Price Street to Garzoli Avenue permitted for residential.

LAFCO Executive Officer Blair Knox noted extending the city's border south to Whisler was critical because the road's overpass makes it a good location for a truck stop, even value-added agriculture. But despite expressions of interest by various parties, he said there still isn't a firm proposal to build on the annexed land.

When the state Legislature allowed local determinations on annexations, Knox said, it required that they "try to come up with a balance" between values like municipal health and agricultural conservation. His preference, he added, had been to let McFarland return to the commission as firm development proposals came forward.

"Now doesn't seem to be the right time," he said.

City Manager Kenny Williams, who also serves as police chief, said the whole idea is to raise money to help fund better services for the people of McFarland, and the annexation "is definitely going to help."

"You can't see me," Williams said by phone, "but we're smiling."

The next step is to attract commercial development along the freeway, including by reaching out to franchisees, he said.

Even for a company with customers and employees spread across 15 countries, it felt a little clunky shuttling between greenhouses in Edison, l…