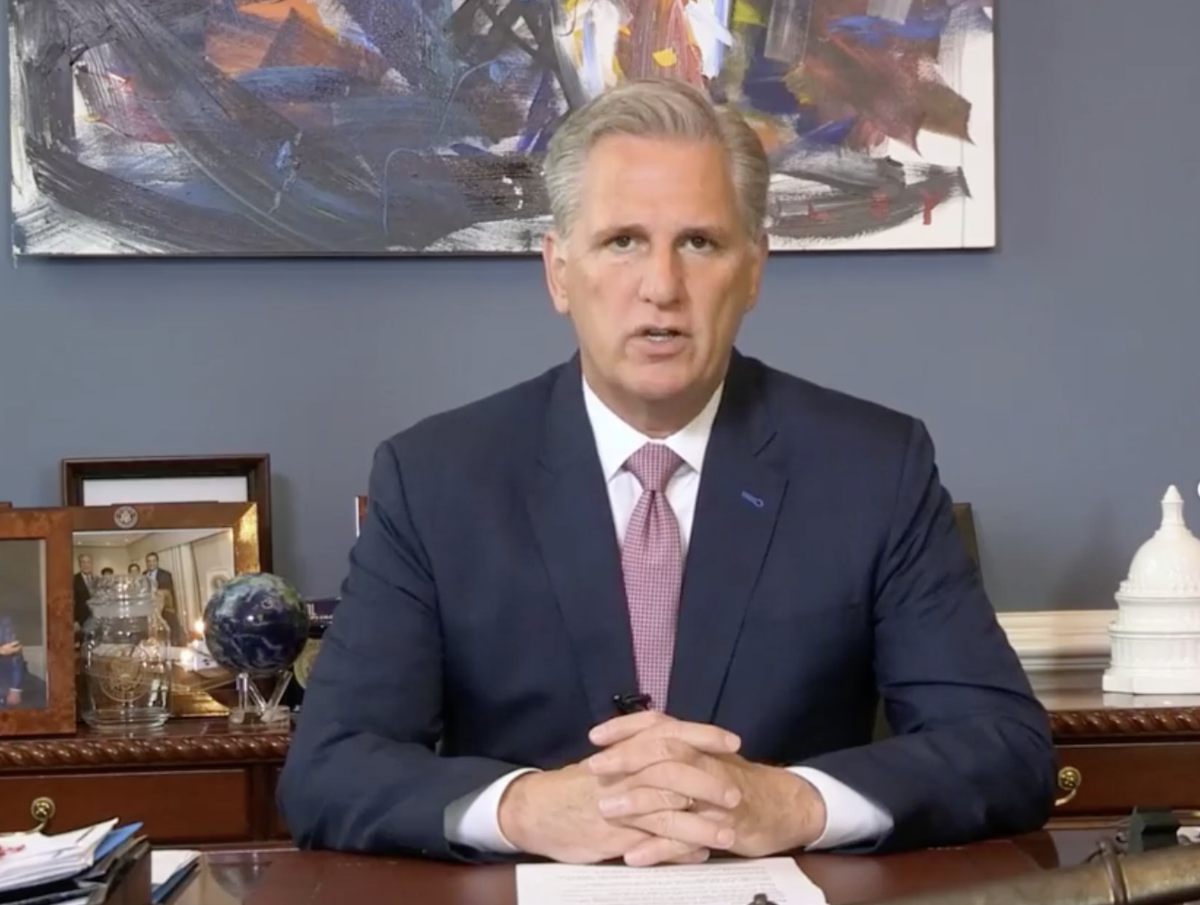 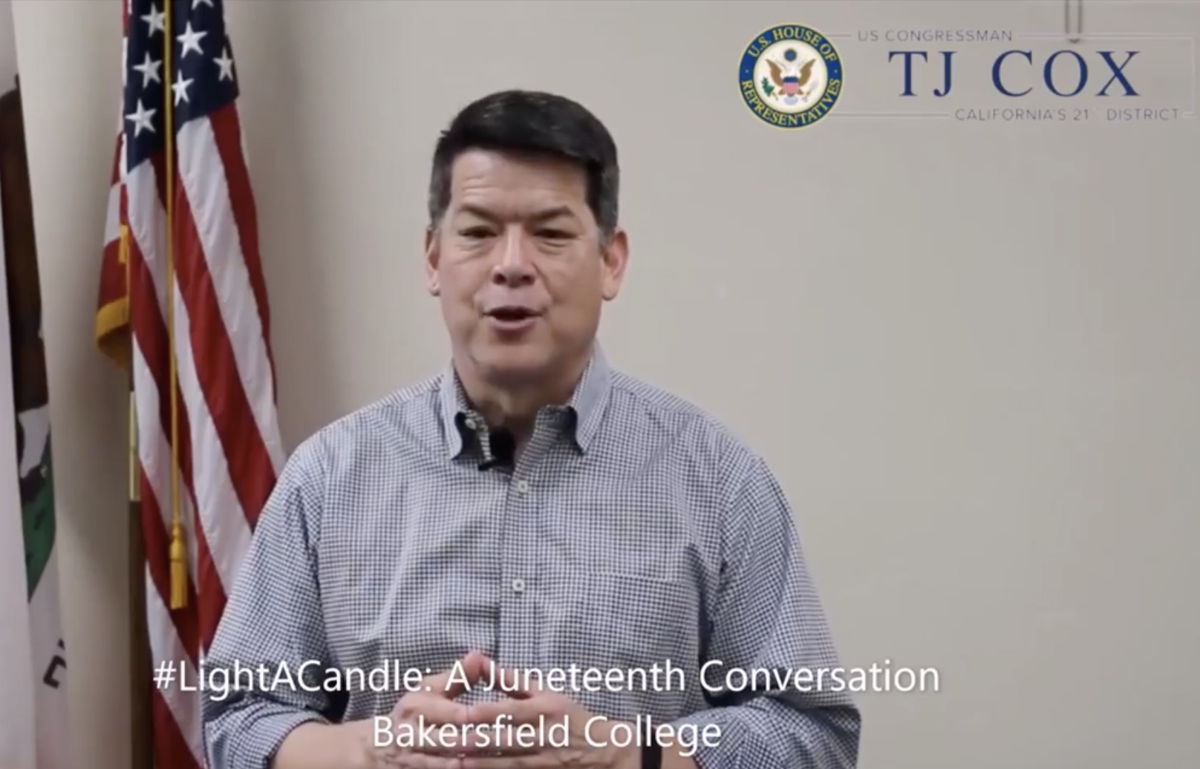 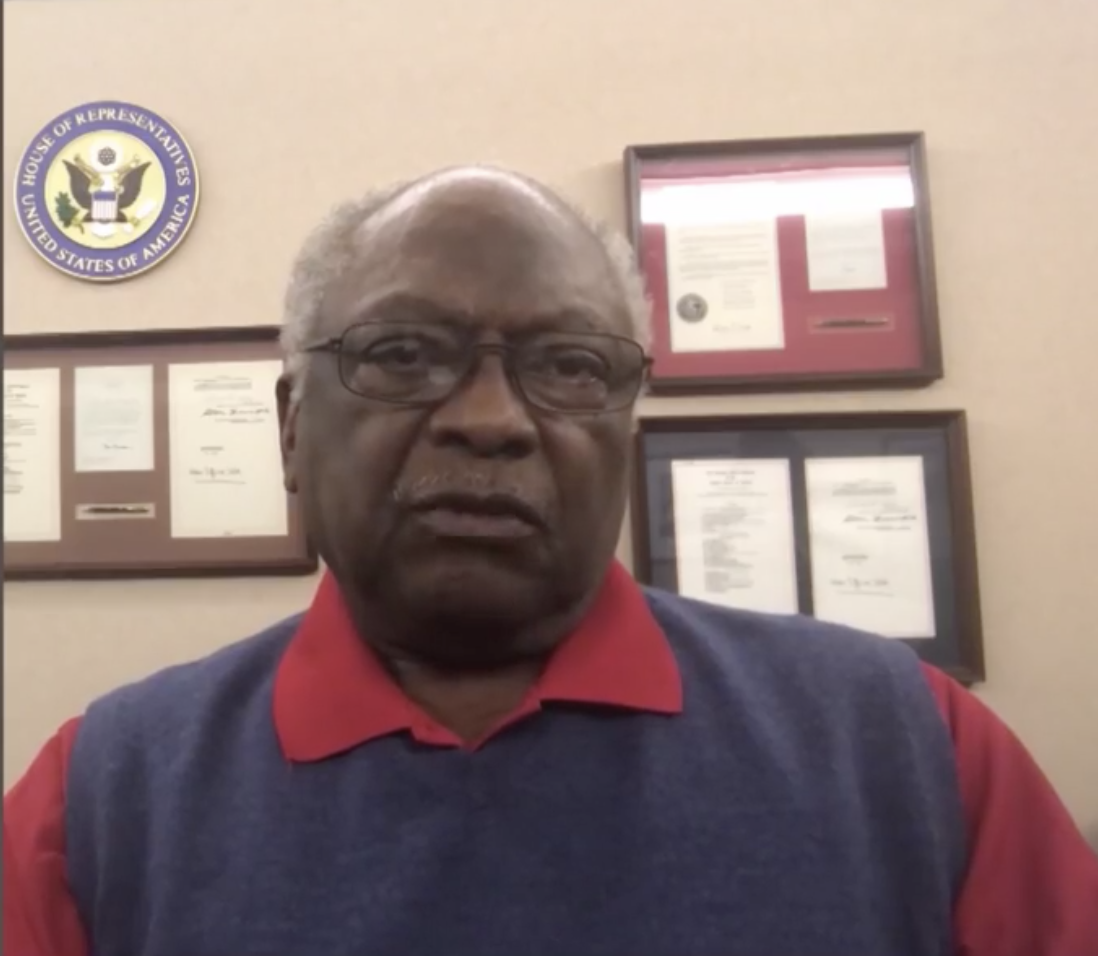 House Minority Leader Kevin McCarthy, House Majority Whip Jim Clyburn and Rep. TJ Cox were some of the individuals who kicked off Bakersfield College's weeklong #LightACandle: A Juneteenth Conversation Monday night by discussing racism and social injustice in the country.

BC's #LightACandle: A Juneteenth Conversation will feature local, state and national speakers throughout the week discussing racism, violence and ways to overcome these issues. It all leads up to June 19, also known as Juneteenth, which is the oldest nationally celebrated commemoration of the ending of slavery in the United States.

In prerecorded videos, the three Congressmen highlighted the recent deaths of George Floyd, Breonna Taylor and Ahmaud Arbery and the importance of Juneteenth.

Bakersfield Rep. McCarthy said Juneteenth started the United States "on a path to live up to the words of our founders that 'all men are created equal.'" However, the scars and wounds of slavery, he said, are still felt, and the country shouldn't stop fighting for "a more perfect union."

"George Floyd should still be alive today, as should Pat Underwood, David Dorn and countless others," McCarthy said, noting the recent deaths of law enforcement officers. "It’s incumbent upon us now to ensure that they are delivered the change they so rightly deserve."

He commended BC and the Bakersfield Police Department for working to adapt local police academy classes to include topics like racial conflict. It's a positive step, McCarthy said, but there's more work to be done.

In Rep. Cox's video message, he recounted his experiences with racism as an Asian-American, saying those memories still bring tears to his eyes today.

"I don’t want any child to ever have to live with that feeling," Cox said. "I know my story doesn’t compare to the tragedies of George Floyd, Ahmaud Arbery, Breonna Taylor and countless others, but I know racism has long lasting effects on those who experience it."

He encouraged individuals to use their position to address racial inequalities, like Central Valley residents have in the past. During the 1968 Olympics, gold medalist Tommie Smith, from Lemoore, raised his black-gloved fist to protest racism and injustice during the playing of the national anthem at his medal ceremony. NFL quarterback Colin Kaepernick, who lived in Turlock growing up, is known for taking a knee during the playing of the national anthem prior to games.

With Juneteenth getting a spotlight this year, Clyburn said its history can teach everyone about the importance of communication.

The Emancipation Proclamation, effective Jan. 1, 1863, freed millions of enslaved African Americans in Confederate states. However, it wasn't until June 19, 1865, when the people of Galveston, Texas, knew that all previously enslaved people in Texas were free.

"We should communicate with each other as much as possible, as often as possible, because that’s the way that we’re going to preserve the integrity of the effort that we have taken to help this country become a more perfect union," Clyburn said. "We all have different roles to play, and if we all play our roles successfully, the effort itself will be successful."

BC faculty and community members also shared their personal stories of racial injustice and ways to move forward in video messages.

Bakersfield College hosts a third #RealTalk on Race in America with moderator Danny Morrison, who will be joined by youth leading the movement in Kern County

Tune in to Danny Morrison Media for a live celebration of Juneteenth with local artists and musicians. BC’s formal program will begin at 7:30 p.m. with speakers from the college and the Bakersfield Police Department

All programs will be livestreamed to Danny Morrison Media’s Facebook page at www.facebook.com/dannymoshow/

Following the Memorial Day death of George Floyd in police custody and nationwide protests that have ensued, Bakersfield College is planning s…

what kind of sham is Kevin going to participate in the at White house garden today... sign a Justice for Police Crime Bill?.... Fetch Kevin Fetch....roll over Kevin.......good boy....good boy........ Navy Seal pardoned of war crimes by Trump described by ...https://www.theguardian.com/us-news/2019/dec/27/eddie-gallagher-trump-navy-seal-iraq. Dec 27, 2019Navy Seal pardoned of war crimes by Trump described by colleagues as 'freaking evil' ... Trump has lauded him – an ……. Donald Trump pardons Joe Arpaio, former sheriff convicted ... https://www.theguardian.com/us-news/2017/aug/25/donald-trump-joe-arpaio-pardon-arizona-sheriff ...Aug 25, 2017Donald Trump pardons Joe Arpaio, former sheriff convicted in racial profiling case This article is more than 2 years old. Presidential pardon of controversial Arizona lawman, convicted for defying ... By NANCY COOK 06/15/2020 07:51 PM EDT Updated: 06/15/2020 10:49 PM EDT President Donald Trump hopes to acknowledge a nationwide uproar over police brutality while preventing rifts with police and other law enforcement groups integral to his political future. With an executive order set to be unveiled at a White House event on Tuesday, the president is expected to lay out the case for the creation of a national database of police misconduct, so officers with a history of overly aggressive behavior cannot simply move to another department or state to escape scrutiny, according to a senior administration official. The order will also urge social workers and mental health professionals to work more closely alongside frontline officers. Finally, it will offer guidelines for new training and credentialing for police officers on de-escalating tense situations, and the best times to use force, according to the senior administration official, who said the goal of the order was not to demonize police officers.

may I ask another question.....where has this Kevin been hiding the last three years......behind the Don's Tailcoat?.....or is this just more happy talk or a total rewrite of everything,,, what's that song...... You can't hide your lying eyes

headline..."Ben Carson Now Defending Dead White Supremacists Instead Of Just Working For Live One" .........oh Kevin Kevin Kevin... context.."CARSON: Many of the bases were named after Confederate generals as a conciliatory movement after the [Civil] War. To now change that would be having exactly the opposite effect. We have to recognize that we have a history and to try to hide that history is probably not a smart move. "... by Stephen Robinson June 15, 2020 09:45 AM

I know this part of history is most likely lost on individuals such as you. All of those bases were named for Democrats. Who founded the KKK, Democrats. Who fought against Civil Rights in the South? Democrats. Which member of Congress was a past Grand Wizard of the KKK? Robert Byrd (Democrat).

I tried educating them on the history of their bigoted party but Democrats don't let the facts get in their way . They'll keep pushing fake narratives. You'll notice they won't confront you or anyone with actual facts.

Breaking news, Masked 2020 is a deranged snowflake, who like the opossum, is too dumb to know he should be extinct.