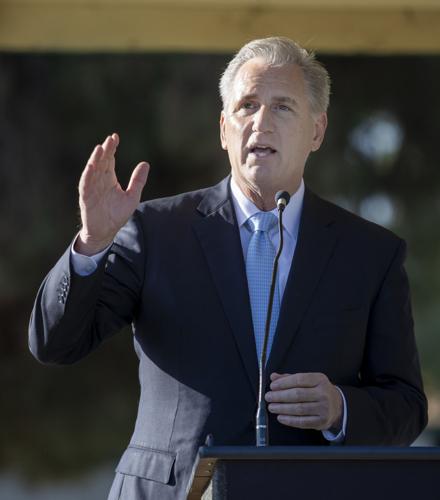 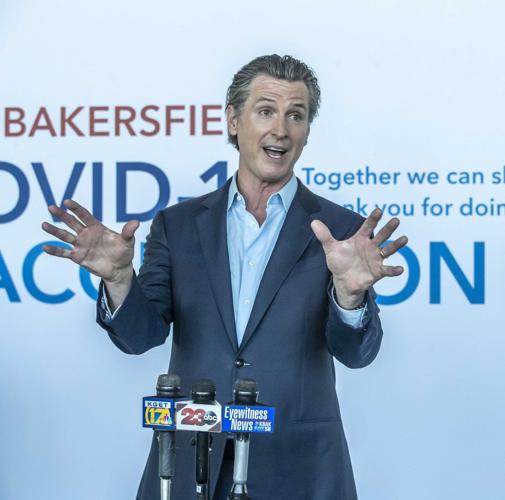 California Gov. Gavin Newsom speaks during a visit to Bakersfield in April.

California Gov. Gavin Newsom speaks during a visit to Bakersfield in April.

The Bakersfield Republican wrote that allowing greater in-state oil and gas production, especially in his oil-rich home county of Kern, could offset up to 43 percent of U.S. dependence on Russian oil imports while also helping stabilize domestic fuel prices and allowing greater assistance to U.S. allies in the form of energy exports.

"Your administration has the ability to harness California's vast energy resources to help our state and country achieve energy independence," the letter stated, "and I implore you to reverse policies you have advanced that harm California-based oil and natural gas producers' ability to meet our nation's energy needs and strengthen our national security."

The congressman's appeal came one day after a bipartisan group of 21 state lawmakers asked Newsom to adopt policies allowing the state to better tap California's inland natural resources to "help ensure we are not dependent on foreign energy sources." Signed by all four members of Kern's Sacramento delegation, Monday's letter noted about 6 percent of California's oil imports, about 18 million barrels per year, originate in Russia.

McCarthy's letter Tuesday specifically asked Newsom to repeal the governor's executive-order bans on two controversial oilfield techniques: the well-completion procedure also known as hydraulic fracturing and another high-pressure underground process called cyclic steaming that had been common locally. He requested a repeal, as well, of California's 2035 deadline for ending the sale of new passenger vehicles that vent exhaust.

The congressman also pressed the governor to grant oil producers' pending and forthcoming permit applications for oilfield work in the state. He noted the Newsom administration has approved just 67 new drilling permits so far this year, even as more than 1,000 applications await review.

"Allowing these producers to responsibly develop our God-given resources, consistent with state laws and regulations, will only help California consumers and reduce any need for imported Russian oil," McCarthy's letter stated.

The governor's office did not respond to requests for comment Tuesday on McCarthy's letter or the one from lawmakers the previous day.

Newsom has taken a much tougher stance against oil companies than his predecessor, former Gov. Jerry Brown, who in 2011 fired the state's top oil regulator under pressure from the industry, McCarthy and other politicians from Kern.

Within months of taking office in 2019, Newsom shook up the state's top oil regulatory agency and instituted new levels of review for fracking. He did so after environmental groups alleged state employees had inappropriately invested in the oil companies they regulated.

The governor also changed the name and mission of the agency, now called the California Geologic Energy Management Division, to prioritize safety and environmental protection over the responsible management of California's petroleum resources.

Since then, local oil producers have complained the governor has overstepped his authority and presided over a drastic slowdown in oil permitting as part of a campaign to placate climate activists.

Last month, CalGEM defended its handling of oil permits, telling The Californian by email that recent delays in approving drilling and certain other oilfield operations resulted from a court ruling last fall that stopped Kern government from approving of local oil work. Pending a court hearing in the case set for next month, the agency said it has begun taking on the role of lead permitting agency in the county's place.

McCarthy said in his letter he has also asked Biden to help counter U.S. reliance on Russian oil by promoting greater domestic oil production. The congressman said he has asked the president to resume oil and gas leasing of federal land, approve the controversial Keystone XL pipeline project and set aside proposals that would raise royalty rates on U.S. petroleum production on federal property.

"California producers are ready to do more to power our state,” Fong said in the release.