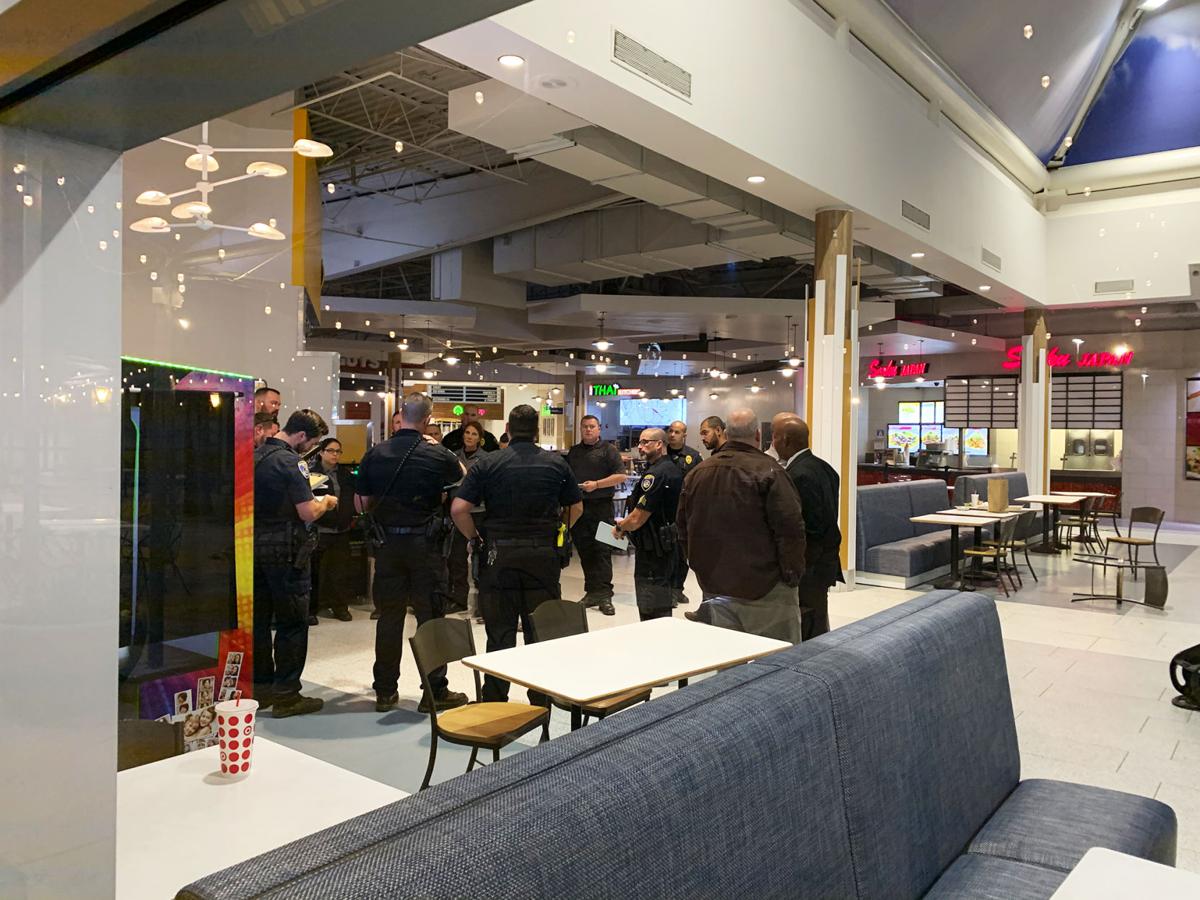 Bakersfield police investigate near the food court at Valley Plaza on Monday after the shooting. 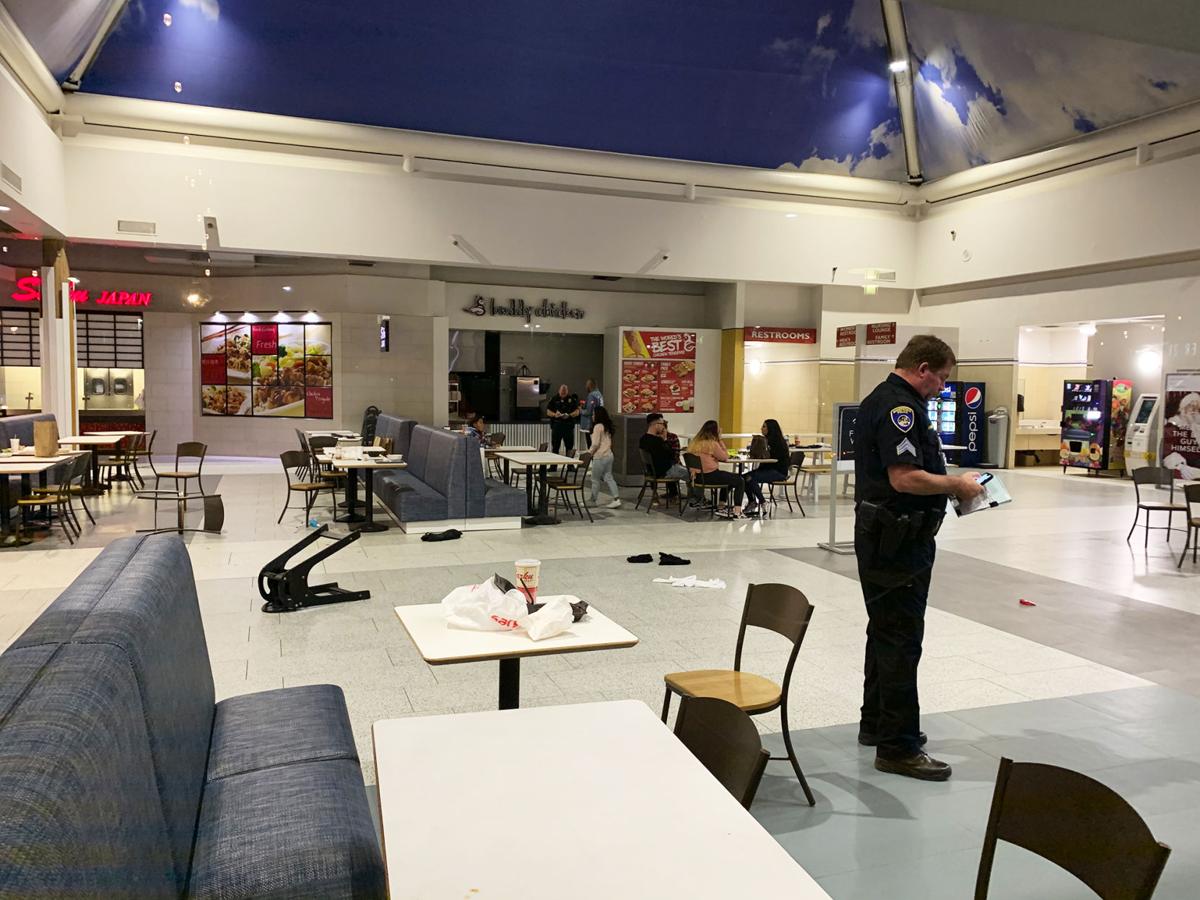 Bakersfield police talk to shoppers near the food court after the shooting at Valley Plaza on Monday. 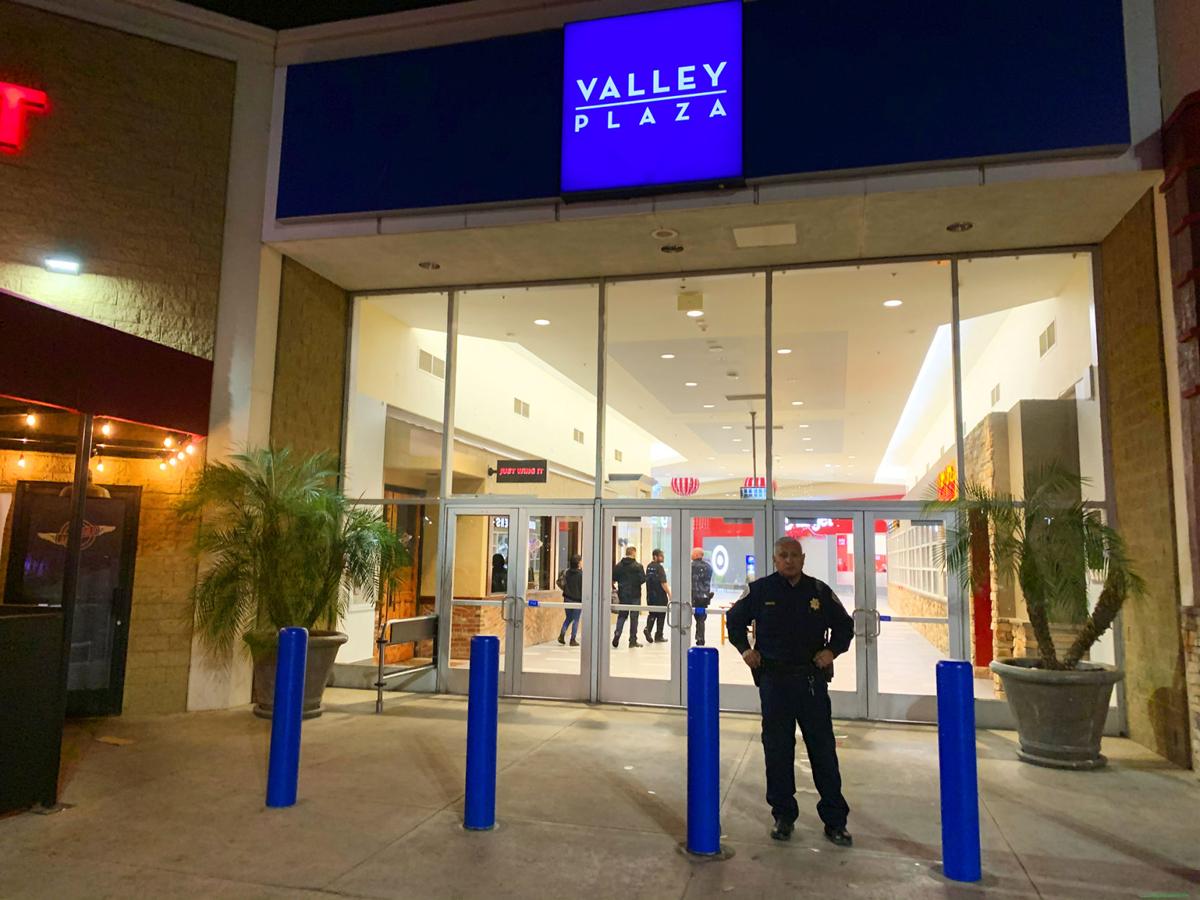 Valley Plaza was placed on lockdown Monday after shots were heard coming from near the mall's food court. 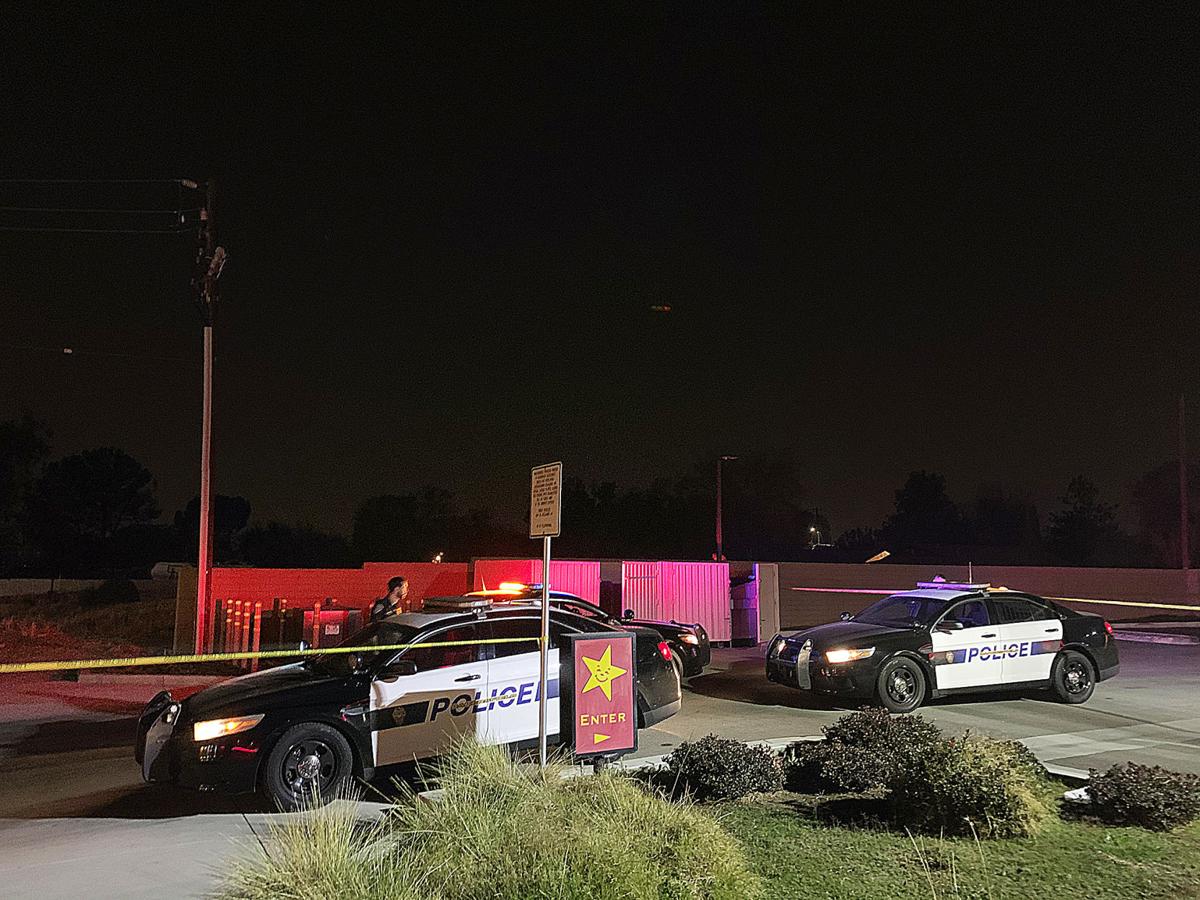 Bakersfield police on Monday evening closed the rear part of the parking lot at the Carl's Jr. restaurant near Valley Plaza. The mall was placed on lockdown after shots were heard coming from near the mall's food court.

Bakersfield police investigate near the food court at Valley Plaza on Monday after the shooting.

Bakersfield police talk to shoppers near the food court after the shooting at Valley Plaza on Monday.

Valley Plaza was placed on lockdown Monday after shots were heard coming from near the mall's food court.

Bakersfield police on Monday evening closed the rear part of the parking lot at the Carl's Jr. restaurant near Valley Plaza. The mall was placed on lockdown after shots were heard coming from near the mall's food court.

Shoppers returned to Valley Plaza Tuesday, some warily, following Monday's shooting at the mall as Bakersfield police searched for the gunman and continued combing through video footage that might yield clues about what gave rise to the incident.

No arrests were made and there was little new information on the shooting that caused non-life-threatening injuries to two people involved in the conflict, Bakersfield Police Department Sgt. Ryan Kroeker said.

He said the agency still believes the shooting originated with a 6 p.m. confrontation between two groups of people near the mall's food court. The department has not concluded whether the event was gang-related, he said.

"It's still unclear as to what sparked the altercation that took place," Kroeker said. The department was reviewing photos and video of the shooting, he said, adding "we could always use more" recordings of the incident.

The mall's management did not return requests for comment Monday and Tuesday. But it posted a statement on Facebook the night of the shooting stating it was especially disheartening the event took place as it and tenants prepare for one of the busiest shopping times of the year.

"This was a frightening experience for our guests and tenants and we commend BPD for (its) quick responses during this incident," the mall wrote. "This is a developing investigation and we are directing all inquiries to the Bakersfield Police Department."

Customers getting an early start on holiday shopping were divided on whether they felt safer or less safe at the mall one day after the shooting.

Bakersfield retiree Chris Sheehan said Tuesday she wasn't worried, given her perception that mall security was probably tighter than normal.

"I said today (the mall) is probably the most safe place to be," she said while walking with a pair of companions Tuesday afternoon outside Valley Plaza.

One of her friends, retiree Sheila Kendig, said the mall seemed to be less crowded than normal. But that was probably because people were waiting until Friday, when the mall will welcome bargain-hunters for the shopping extravaganza known as Black Friday.

Kendig said she refused to be intimidated by the incident, adding, "We can't let the hoodlums keep us out."

Bakersfield retiree Wallace Wilson said he, too, was nonplussed. A daily visitor to the mall for exercise purposes, he said he happened to have left about two hours before the gunshots rang out Monday.

"You can't predict stuff like that," he said. "I don't worry about it."

Shopper Emily Valencia, who was visiting the mall with her husband and child Tuesday afternoon, saw the situation differently.

She said she had never felt unsafe at the mall previously but that now, "we're like on our toes and looking around."

The shooting sparked a difficult conversation between her and her husband, who has a concealed-carry firearm permit, she said.

"Is this where we sit down and decide, do we carry it now?" she said.

Their answer, incidentally, was yes: Valencia noted that her husband did, in fact, choose to carry a pistol to the mall during their shopping visit Tuesday.

Two people were injured and Valley Plaza was placed on lockdown Monday after reports of shots fired near the mall’s food court shortly after 6 p.m.

What happened to the police presence at the mall?

When going to the mall I make sure I have an extra magazine.

Yes, you keep the malls lights on. Lol

Hi him. Just another gun attack by black gangbangers that have no fear or respect for authority. Chief Martin granted them impunity. What kind of Mickey Mouse law officers we got that cannot executed a proper crack down on these cats that are not shall we say intellectual giants. Mexican gangs. Skinheads. Fellas. Not hard to spot and have security monitor. Red or blue headwear. Caps. Athletic shoes. Ok? For Skinheads—just look for the white guy with shaved head and Nazi tattoos and an angry look on their face and glare in their eyes. Newsflash: it’s not like these guys are blending in. They stand out like a baby ruth in a punch bowl.