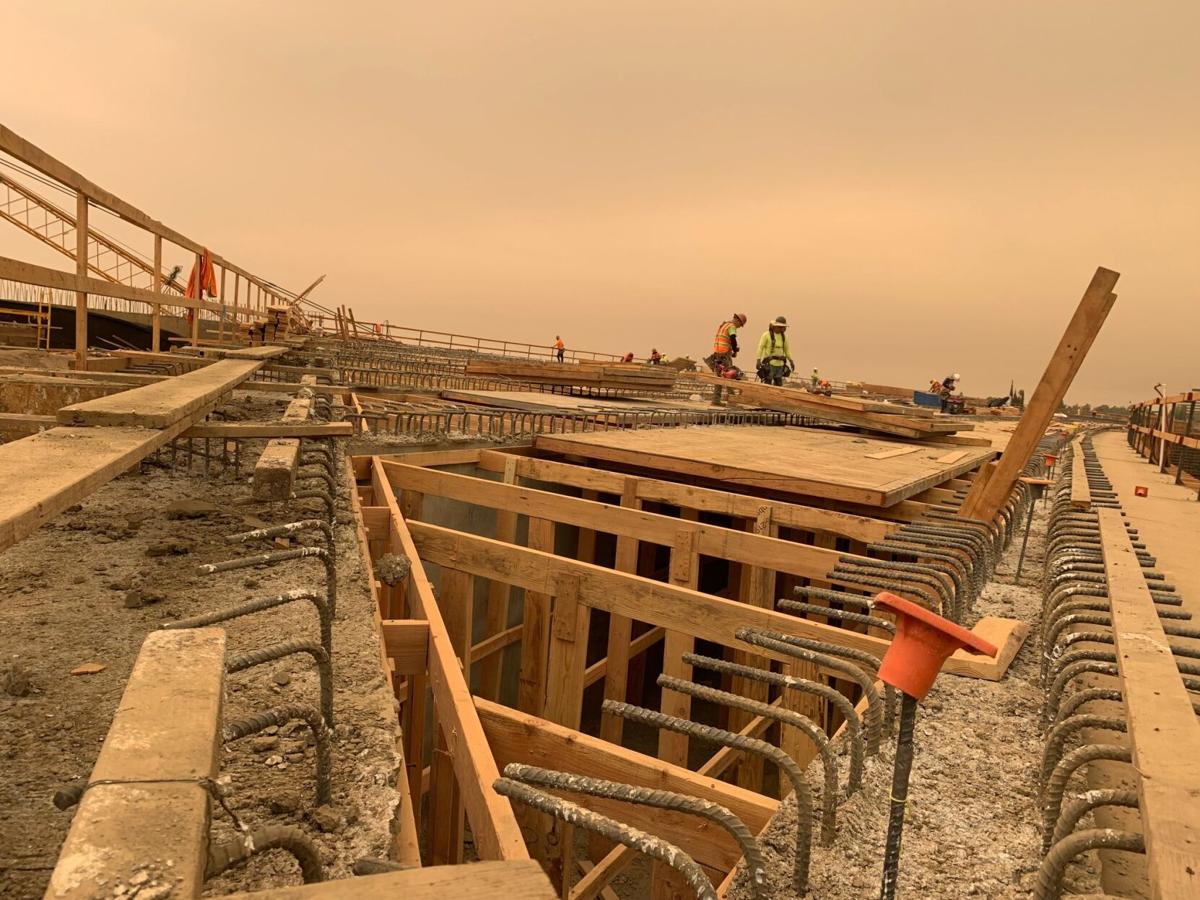 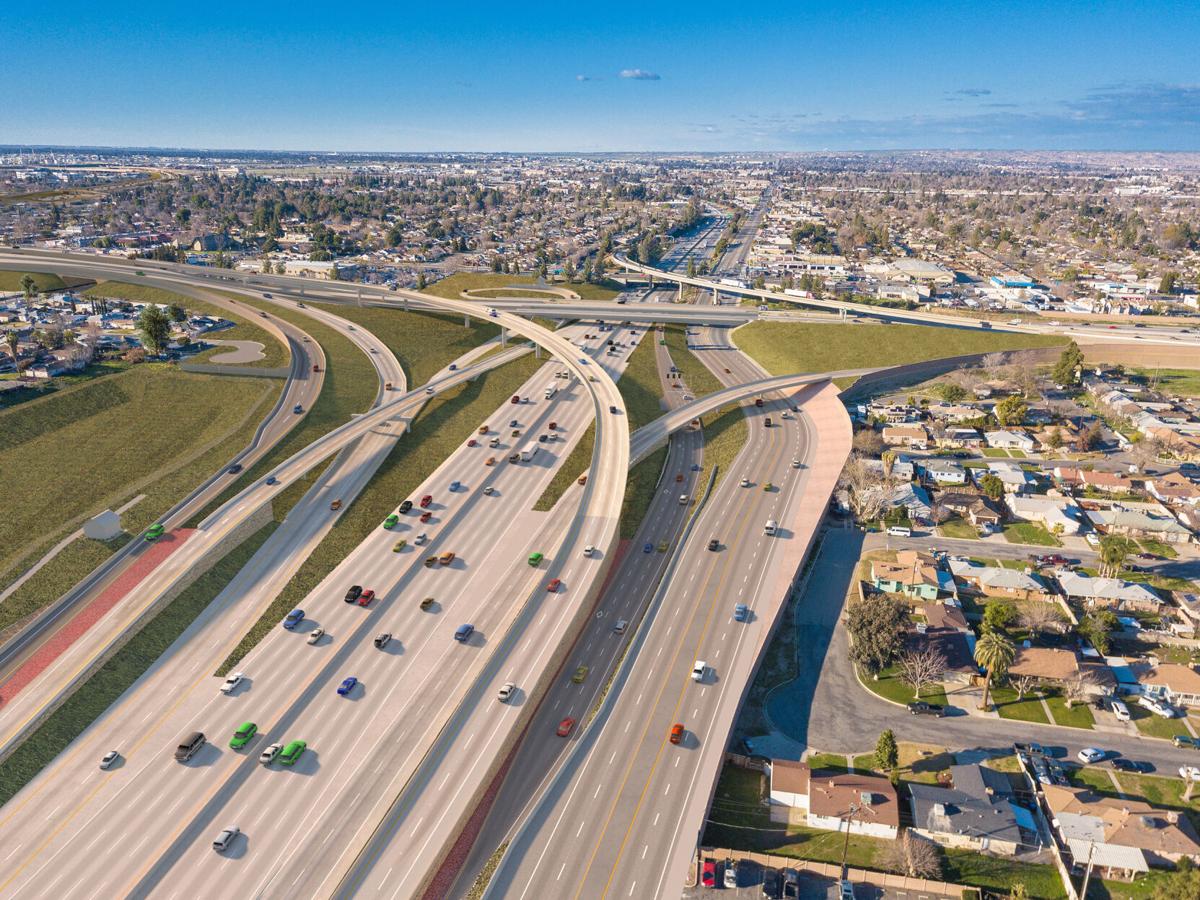 Artist's depiction of proposed interchange involving highways 58 and 99 connecting to the Centennial Corridor. 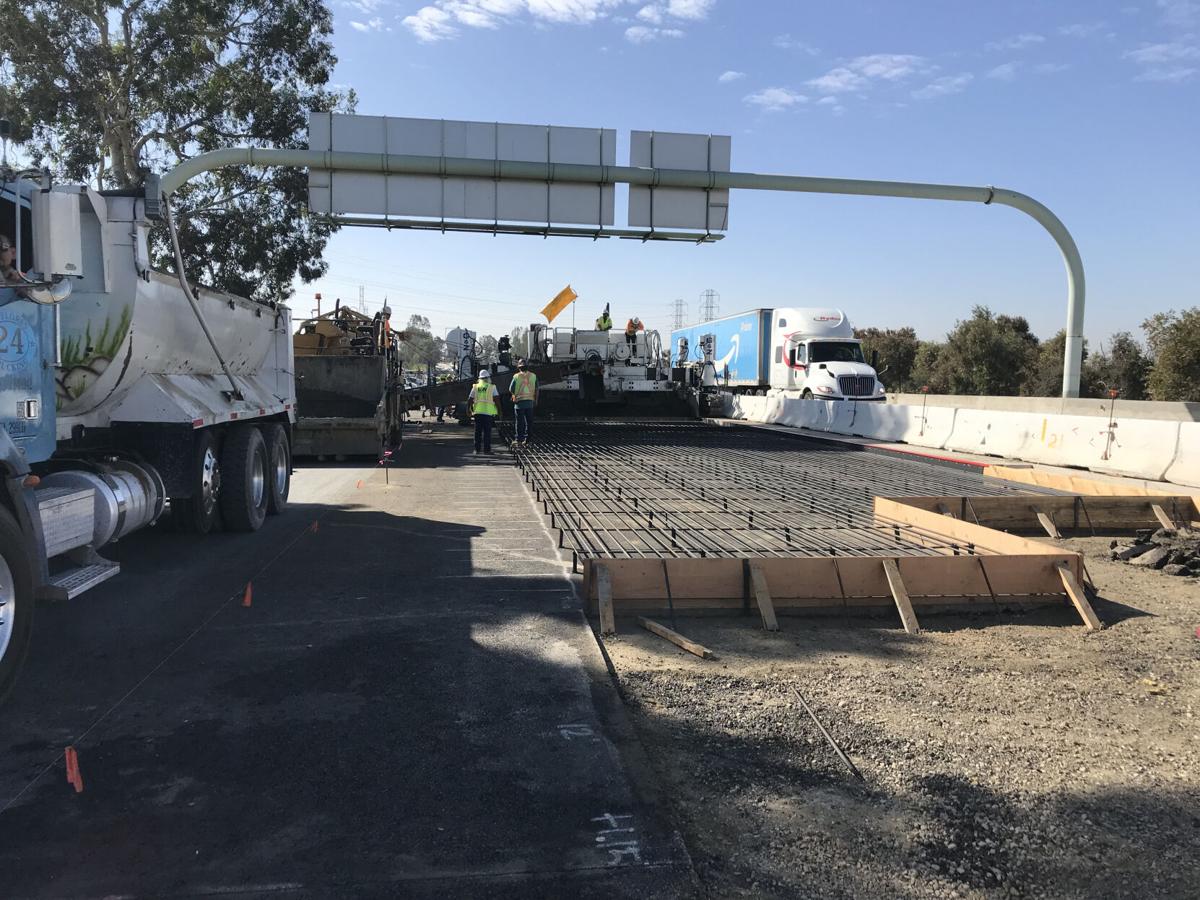 Artist's depiction of proposed interchange involving highways 58 and 99 connecting to the Centennial Corridor.

For months, traffic has slowed to a stall on Highway 99 in northwest Bakersfield as both Caltrans and the city attempt to complete major construction projects.

The work has frustrated local residents, who are sometimes perplexed about why the construction has not yet finished.

“I think they’re doing it just to get OT,” Aaron Zuniga, an employee of a local mechanics workshop, said after work Friday.

His co-worker, José Vidrio, agreed. “Trying to get home, and it should take you 12 minutes and instead it takes you 30 or 40. It’s like, what’s going on? What are we paying you for?”

But the results of the projects are expected to benefit the city for generations to come.

“There’s probably about a quarter of a billion dollars going on in the metropolitan Bakersfield area right now,” said Ahron Hakimi, executive director of Kern Council of Governments. “The end result, when we’re all done here in a year, will be well worth the wait. We’ll have a transportation system that will serve the people of Bakersfield and Kern County from 50 to 100 years.”

Unfortunately though, Bakersfield commuters are in for months more of traffic jams, as construction is not expected to wrap up until next year.

What may appear like one continuous project is actually two. Bakersfield’s Centennial Corridor project will connect Highway 58 to the Westside Parkway. That entails a major rearranging of on-ramps and off-ramps as the city prepares for an expanded traffic flow near the exchange of highways 58 and 99.

Just north of the city’s work, Caltrans is upgrading two deteriorated outside lanes with reinforced concrete. Drivers might recognize the construction by a divider that separates the far left lane on southbound Highway 99 for several miles.

Phase 3 of the Centennial Corridor, which involves the Highway 99 ramps, is expected to wrap up by February 2022, with the Caltrans project finishing in the spring. That means many more months of traffic impacts will continue, a prospect that is unappealing even for those doing the work.

“We try our best not to be in the same place at the same time, but in the last three or four years, it seems like every time we go to a new project, Caltrans gets a new project,” said Luis Topete, project manager for the Centennial Corridor. “I drive in Bakersfield. I feel everybody’s pain.”

Still, Hakimi said the benefits of both projects will far outlast the time it takes them to be built, and contribute greatly to the region’s long-term goals. Plus, he said traffic delays have been relatively minimal thus far.

After Phase 3 of the Centennial Corridor finishes, the city will begin working on the mainline connector of Highway 58 and the Westside Parkway. Work on this portion of the project is not expected to have major traffic impacts, and should be done by March 2023.

“Caltrans appreciates the patience of the traveling public and assures residents and travelers that coordination between agencies will continue in an attempt to minimize delays as much as possible,” the agency said in an email to The Californian. “In the meantime, we ask that drivers continue to exercise caution through construction areas and allot extra travel time as necessary.”