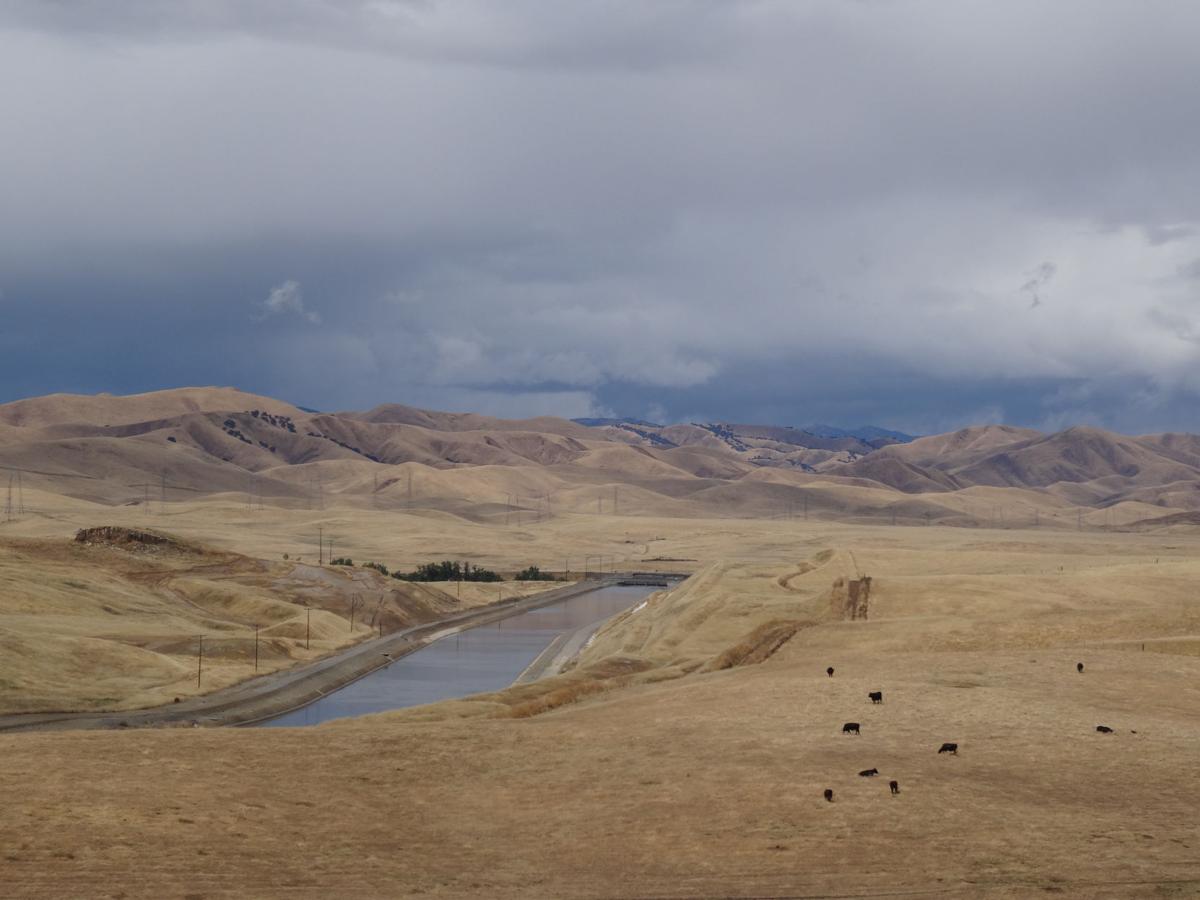 The California Aqueduct near Patterson in 2019.

A new set of water regulations aimed at protecting California’s native fish came down from the state earlier this week to near universal condemnation from both agricultural and environmental water folks.

The regulations are contained in a 143-page “incidental take permit” issued by the state Department of Fish and Wildlife that lays out when — and how much — water can be pumped out of the Sacramento-San Joaquin Delta by the State Water Project.

Agricultural contractors who get water from the project fear they could lose up to 300,000 acre-feet a year under the new permit.

Environmentalists say the permit gives a “free pass” to pumpers and is a path to extinction for native fish.

For Central Valley water users, the new regulations come at an already difficult time as they struggle to reconcile excessive groundwater pumping with dwindling surface supplies.

“Our concern is, if (state and federal water users) are, collectively not meeting delta requirements under this permit, the State Water Contractors will have to make up for the federal side making our deliveries worse,” said Jason Gianquinto, general manager of the Semitropic Water Storage District in northwestern Kern County.

Semitropic, alone, has a 300,000 acre-foot groundwater overdraft that it’s trying to fill.

Karla Nemeth, director of the Department of Water Resources, which runs the State Water Project, understood the challenges faced by ag water users, but felt concerns about this new permit are overblown.

“What’s happening with some State Water Contractors (being upset) is they are looking at the federal biological opinions that would have enabled them to export more water,” Nemeth said.

“This permit doesn’t allow for that water to be exported. It reallocates it to environmental uses.”

She referred to biological opinions released by the Trump administration last fall and enacted after a campaign-style rally by President Donald Trump himself in Bakersfield on Feb. 19.

Those biological opinions relaxed some guidelines for how much water could be pumped out of the Sacramento-San Joaquin Delta.

In past years, the biological opinions have acted as the main governing documents for how the state and federal Bureau of Reclamation jointly operate the delta.

The state sued over those opinions and, on Tuesday, issued its own permit for delta operations.

Brent Walthal, assistant general manager for the Kern County Water Agency, wasn’t surprised by the new permit, which has been in the works since last May. The Kern County Water Agency administers state water contracts that account for about a million acre-feet on behalf of 13 agricultural water districts and is the second largest contractor on the State Water Project.

He anticipated the new permit would reinstate guidelines from the 2008 federal biological opinions, which, in some cases it does. That includes restablishing flow requirements on the San Joaquin River, which he said could reduce exports to State Water Contractors by up to 150,000 acre-feet a year.

“Modelers are still poring over this to try and understand exactly what it will mean to us,” Walthal said.

Nemeth described the permit as “export neutral,” when looking at it through the 2008 biological opinions.

She and Department of Fish and Wildlife Director Chuck Bonham both pointed to the permit’s advantages to water contractors, especially in wet years.

Such as a cap on environmental outflows and moving the Fall X2 line closer to the delta.

The Fall X2 line is where salty water from the San Francisco Bay meets fresh water from the delta. That line had been required to be held at 70 kilometers, or about 43 miles, away from the Golden Gate Bridge, which required heavier flows coming out of the delta.

The permit now allows it to be 80 kilometers, or about 50 miles, from the bridge, Bonham said.

“That’s huge,” he said. “That alone, in wet years, will result in higher exports.”

He joked that he would love to see a letter to the editor in The Californian thanking the state for finally moving the Fall X2 line, something water contractors have lobbied for for years.

Those and other parts of the permit were roundly criticized by multiple environmental groups, according to a March 31 blog post by Doug Obegi, a lead attorney for the Natural Resources Defense Council.

“While the State’s permits are not identical to the Trump Administration’s plan for extinction, they share many of the same problematic elements,” he writes.

He predicts multiple groups will sue over the permit.

Indeed, the Metropolitan Water District, the State Water Project’s largest contractor, already has an agenda item on its April 14 meeting to discuss moving ahead with a lawsuit over the permit.

Several observers speculated about the effect the new state permit would have on another ongoing water drama known as the “voluntary agreements.”

Some felt the permit was a political gambit to “gain leverage” in that process.

Others felt issuing the permit would cut the legs out from those discussions.

In 2018, the State Water Resources Control Board issued a requirement to increase the flows into the Sacramento-San Joaquin Delta from tributaries to the San Joaquin and Sacramento rivers to help native fish populations.

The edict requires 40 percent of those waterways’ unimpaired flows (meaning the amount of water that would flow down the channels if there hadn’t been dams and other diversions built).

That’s a significant water bite to the towns and farms that had been using that water.

In recognition of that, the state water board allowed time for the water users to develop voluntary agreements to find other ways to improve fish populations.

In fact, they noted that the permit holds out space to include actions under those agreements.

“If (the agreements) include commitments that are consistent with the requirements of the permit, the permit can be held in abeyance,” Bonham said. “The permit won’t run over those voluntary agreements.”

“It creates greater uncertainty,” he said.

The permit, on top of the state’s lawsuit over new federal biological opinions, makes the water portion of the equation too iffy for water users.

The federal biological opinions issued last fall by the Trump administration are governing documents for the delta, letting water users know, generally, how much and when they can pump water.

“All those federal water districts, especially on the Sacramento River, that had been offering certain amounts of water in the voluntary agreements were using the biological opinions as their base to calculate their overall water. The state’s lawsuit takes away that foundation,” Walthal said. “This permit makes that process even messier.”

The Sacramento-San Joaquin Delta is an estuary where both the state Department of Water Resources and the federal Bureau of Reclamation pump water south to farms and cities through their separate projects.

The DWR operates the State Water Project, which moves water through the California Aqueduct along the western edge of the Central Valley.

The Bureau of Reclamation operates the Central Valley Project, which moves water south through the Delta-Mendota Canal to the Los Banos area. In a physically separate, but legally joint, project, the bureau also moves water out of the San Joaquin River from Millerton Lake to farms and cities via the Friant-Kern Canal on the eastern flank of the valley.

While each entity has their own reservoirs throughout the state, they share space in the San Luis Reservoir just south of their separate pumping stations at Tracy. They also share responsibilities to keep enough water moving through the delta to keep back salt from the San Francisco Bay and to ensure the survival of native fish populations.

Those operations had been governed by federal biological opinions. The last set of opinions had been issued in 2008. Those were recently updated and came out in fall 2019.

The state disagreed with some of the guidelines in those opinions and sued. It also issued its own operating permit on Tuesday.