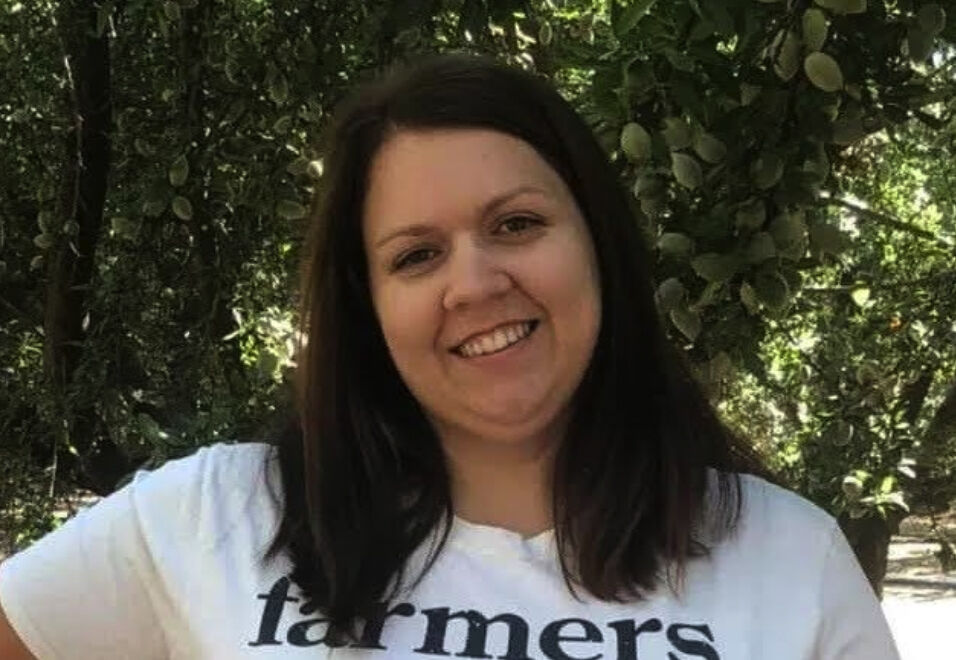 Jenny Bertagna Holtermann has been named executive director of the Water Association of Kern County.

Expect to see a lot more about water in Kern County on your favorite social media platform in the near future.

“The Water Association of Kern County is all about outreach and education and there’s no better way to do that than social media,” said new Executive Director Jenny Bertagna Holtermann.

“We are so pleased to have Jenny fill our executive director position and know she will do a wonderful job for our organization. She has tremendous credentials,” said Gene Lundquist, president of WAKC. “We have been fortunate to have Beth as executive director for 10 years and believe that Jenny will be able to seamlessly continue our mission.”

Pandol spearheaded the association’s annual Water Summit, a daylong conference typically held in February. The summit had grown in popularity and prominence in recent years, boasting a speakers list that included some of California’s biggest names in water.

“Beth is a great mentor and has done a great job creating a platform for the association,” Bertagna Holtermann said. “I want to expand from here and see where it leads.”

Bertagna Holtermann, 33, is extremely familiar with using social media to get information out to the public as she has run her own blog for seven years known as “Almond Girl Jenny.”

“I was tired of all the misinformation about farming that was out there,” she said of her blog. “I wanted to get the truth out there and show people all the good things farmers do.”

Bertagna Holtermann, like her husband Tim Holtermann, comes from a long-time farming family.

Her family has been growing almonds and walnuts in the Chico area in northern California since about the 1900s, while the Holtermans have been farming near Wasco and Shafter for about as many years.

“That’s where my interest in water originally came from,” Bertagna Holtermann said. “Moving down here 11 years ago, the first thing you notice is the difference in water. The availability, how farmers receive the water, how they manage it. It’s all very different from northern California to the southern end of the valley.”

The 2012-2016 drought and subsequent groundwater legislation passed in 2014, the Sustainable Groundwater Management Act, which mandates all groundwater basins be brought into balance by 2040, brought water issues to the public’s attention.

“Farmers have to be educated about how things are working in the political world to understand how that’s going to impact their ability to continue farming,” she said.

Along with operating H&H Family Farms with her husband, Bertagna Holtermann also cares for the couple’s two small children, 3 and 5.

She’s also learned to accept the southern pronunciation of “almond,” which is pronounced “am-mend” in her home turf.

“I like to say I’m bilingual,” Bertagna Holtermann joked. “I grew up saying am-mend, but now I try and say almond.”

Bertagna Holtermann will begin her duties for the association on Sept. 1.

The Water Association of Kern County is a nonprofit organization, designed to educate and inform Kern County citizens about water issues and events. Members consist of local water districts, agencies and affiliated groups and individuals.

SJV Water is a nonprofit, independent online news publication covering water in the San Joaquin Valley. Lois Henry is the CEO/Editor of SJV Water. She can be reached at lois.henry@sjvwater.org. The website is www.sjvwater.org.

Growing Almonds in the Desert Life and work at a family farm in the dry Central Valley. By Mike Sager Feb 25, 2015 .... A DOZEN YEARS OF DRYING GROUND: Images of declining water storage in California, as recorded by NASA's Gravity Recovery and Climate Experiment satellites in June 2002 ,left, June 2008, center, and June 2014, right. Colors progressing from green to red represent accumulated water loss. The Sacramento and San Joaquin River basins, including the Central Valley, have suffered the greatest losses, due to drought conditions and increased groundwater pumping to support agricultural production. Between 2011 and 2014, the area has lost 4 trillion gallons of water each year, an amount far greater than California's 38 million residents use in cities and homes annually.

Courtesy of Jay Famiglietti, NASA Jet Propulsion Laboratory/UC Irvine ..... "We've had droughts before," Daniel says. "Things cycle. If you look over a hundred-year period of your rain cycles and water cycles, we're not that far out of whack. I think a lot of it is the media hype, drumming up the shock factor. The big difference now compared to, say, 1977, when we had the last big drought, is the regulatory environment. We've been dealing with political droughts for the past five or six years—really the past twenty years—but the past five or six have been some of the worst. Let's face it, they're doing more to protect the snail darter and the salmon than they are to protect the food supply."