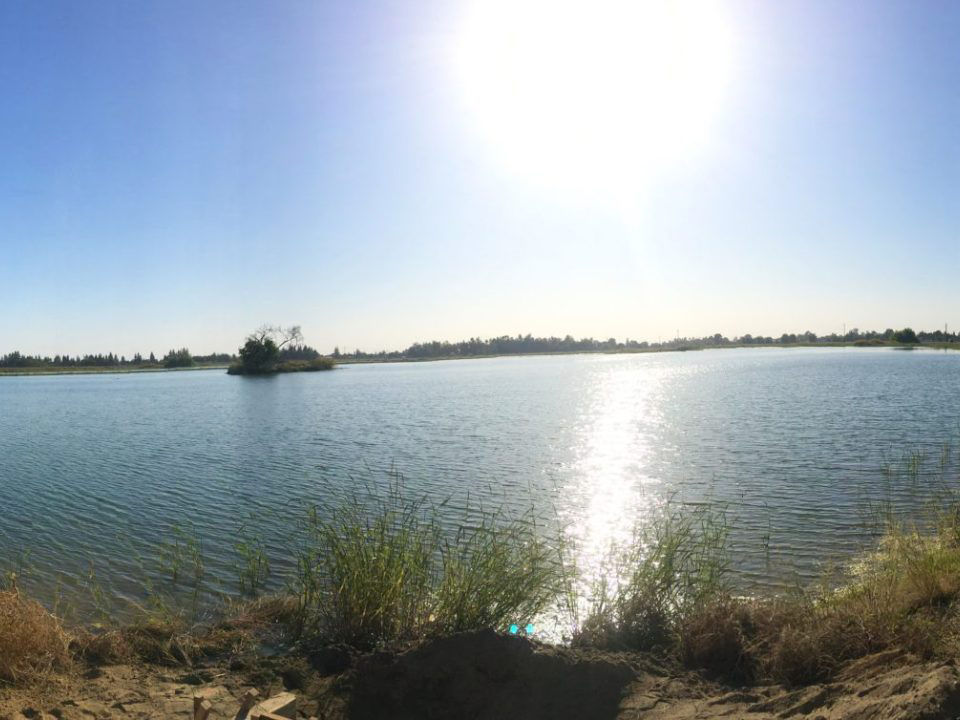 A recharge pond in Rosedale-Rio Bravo Water Storage District in 2019.

There is no tougher playground than California’s water world.

Just take a look at the zingers flying back and forth between water districts on one another’s groundwater sustainability plans posted on the state Department of Water Resources’ website.

The plans are required under the state’s Sustainable Groundwater Management Act, which mandates overdrafted basins come into balance by 2040.

A torrent of letters on the lengthy and complex plans were posted in the days before the public comment period ended last week.

Here’s a sample from Kern County.

The cities of Shafter and Wasco are upset with the North Kern Water Storage District and Shafter-Wasco Irrigation District for not allocating a share of municipal water in their joint “management area plan” and setting water tables too low, in the cities’ view, for drinking wells.

North Kern is demanding the City of Bakersfield remove the part of its plan that allows for recharging the aquifer by running water down the Kern River.

North of the River Municipal Water District doesn’t like that the Kern Groundwater Authority plan lets another entity use its rightful effluent from Shafter.

And Buena Vista is demanding proof that the Kern Water Bank actually has as much groundwater storage as it states.

Munn, himself, took the opportunity to fire a shot at neighboring Kern-Tulare Water District for its plan to bring recharge water from the Sacramento-San Joaquin River Delta via the California Aqueduct.

That water is much saltier than what comes down from Millerton Lake via the Friant-Kern Canal and could impact the Shafter-Wasco district’s ability to maintain its groundwater quality, Munn’s comment letter states.

NO FLOODWATER FOR YOU

Semitropic has applied to the state Water Resources Control Board for a right to Kings floodwater, which the Kings River Water Association is vehemently opposing.

Steve Haugen, Kings River watermaster, writes in his comment letter that even if Semitropic obtained rights to Kings floodwater, there just isn’t as much to go around as the Kern district assumes.

Especially considering 10 other groundwater plans in the Kings and Tulare Lake subbasins are also counting on flood water from the Kings, Haugen writes.

“It is interesting to note that the overly optimistic (Kings River) Project is by far the largest water supply augmentation project proposed by Semitropic in their GSP, indicating the desperate nature of Semitropic in its willingness to rely upon a project that is heavily disputed and will be vigorously litigated,” Haugen’s letter states.

Semitropic’s plan is “fundamentally flawed and in violation of the law and SGMA,” Haugen states.

Further up the valley, the Eastern Tule Groundwater Sustainability Agency, which runs from the Kern County line north to Porterville, took salvos from all sides.

Three major water districts and the Wonderful farming operation were particularly aggrieved that the Eastern Tule plan allows for another 3 feet of subsidence under the Friant-Kern Canal, which is already down to 40 percent of its carrying capacity because excessive groundwater pumping has created a 33-mile-long “sag” in the canal near Pixley.

The Arvin-Edison Water Storage District and the Shafter-Wasco Irrigation District both rely on water from the Friant-Kern Canal south of that sag.

In bright red, bold type, the districts write that they “recommend the (Eastern Tule plan) include immediate management actions that provide for no additional subsidence (0 feet) beyond that ‘legacy’ subsidence which would occur if pumping were to cease immediately.”

The Friant Water Authority, which operates the Friant-Kern Canal, sent its own letter saying Eastern Tule’s plan for more subsidence is, “not acceptable to FWA unless there is concurrent and corresponding mitigation in the form of compensation to FWA and the Friant Districts to pay for the damages resulting from such groundwater pumping.”

Pistachio grower Bill Samarian writes that Eastern Tule’s board and management cut the public out of meaningful participation in the process.

When Samarian tried to insist on his rights to participate in meetings, he alleges, he was harassed and intimidated to the point that when he left one meeting he was so upset that he grew lightheaded “and fell on the asphalt outside. I ended up going to the doctor and was immediately taken directly to Sierra View Hospital emergency room with heart dysrhythmia and skin abrasions from the fall.”

Letters from the California Poultry Federation and a group of area growers likewise assert that Eastern Tule kept the public at arm’s length.

Over in the Westside subbasin, basically Westlands Water District in western Fresno County, concerns centered on subsidence caused by over pumping.

Comments on subsidence came in from several water districts to the south including the powerful Metropolitan Water District of Southern California, the Mojave Water Agency in San Bernardino and Desert Water Agency in Palm Springs as well as the Bureau of Reclamation, which operates the Delta-Mendota Canal.

Metropolitan, which serves 19 million people, notes the worst subsidence beneath the California Aqueduct is within the Westside subbasin and has reduced the canal’s carrying capacity by 20 percent.

Yet, Westside’s plan still continues to allow for pumping more than 105,000 acre-feet a year than is considered safe, Metropolitan writes.

Not to be left out, Westlands submitted a letter complaining that some groundwater sustainability agencies within the Tulare Lake subbasin have set their groundwater levels too low, an issue SJV Water wrote about in February.

That could result in “significant and unreasonable lowering of groundwater levels, loss of groundwater storage, and subsidence within the Westside Subbasin,” Westlands writes in its letter.

The giant water district writes that it has tentatively reached an agreement with one groundwater sustainability in the Tulare Lake subbasin and is working with another. It asks the state Department of Water Resources to give it time to complete those negotiations before making a determination on the adequacy of Tulare Lake’s plan.

A slew of comments from environmental, social justice and community water advocate groups also ripped into plans as inadequate for neglecting the environment and potentially causing hundreds of drinking water wells to go dry.

DWR staffers now have two years to sift through the comments and the plans and deem them adequate, inadequate or adequate with modifications.

so is all water in Kern County equal or is some of this water "nasty" and no one cares.... because everyone is living in the moment......and time is money.......

So how did you come up with this fake profile name?