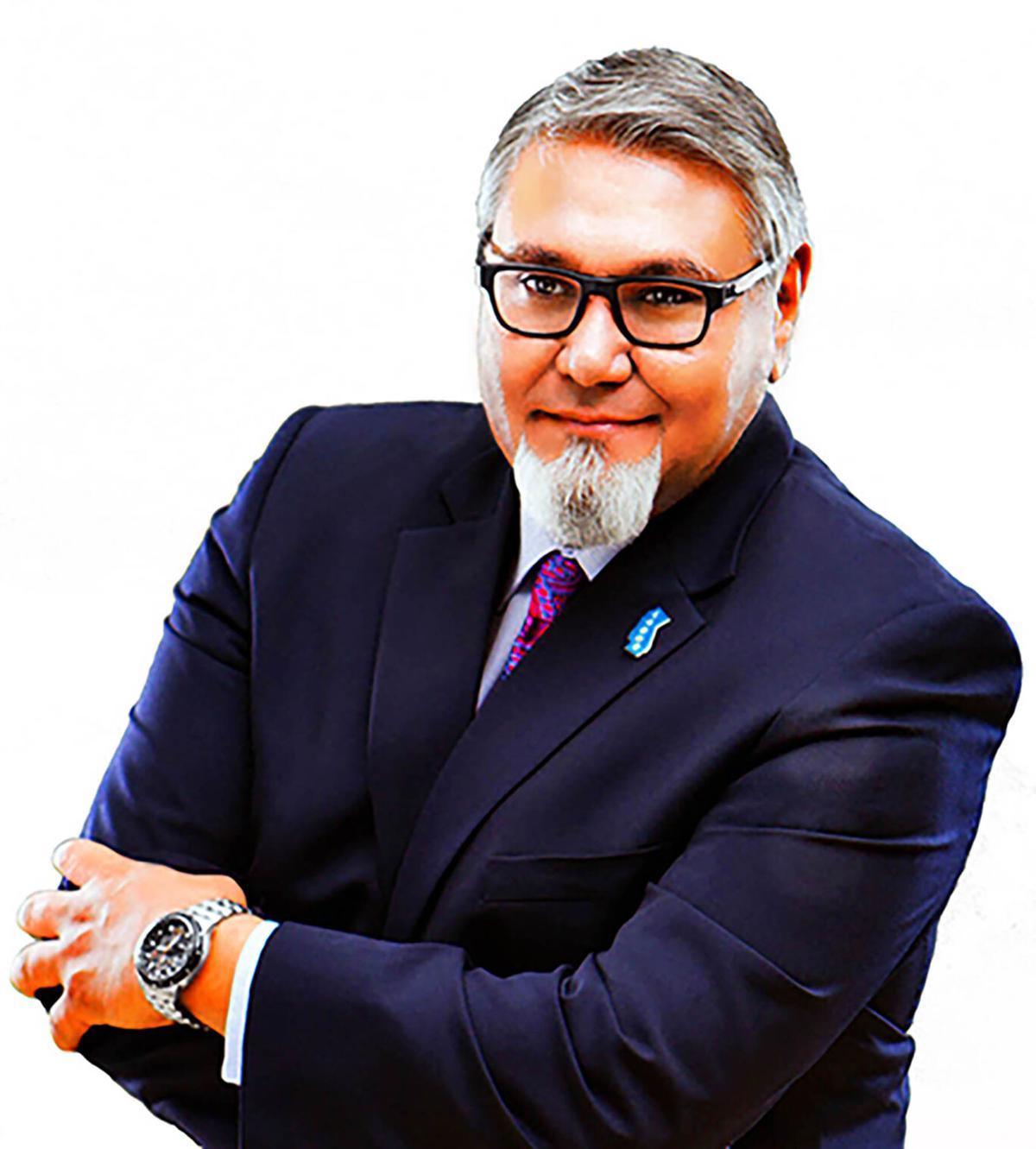 This is Jesse Aguilar, a teacher at East Bakersfield High School and a local delegate to the 2016 and 2020 Democratic National Conventions. 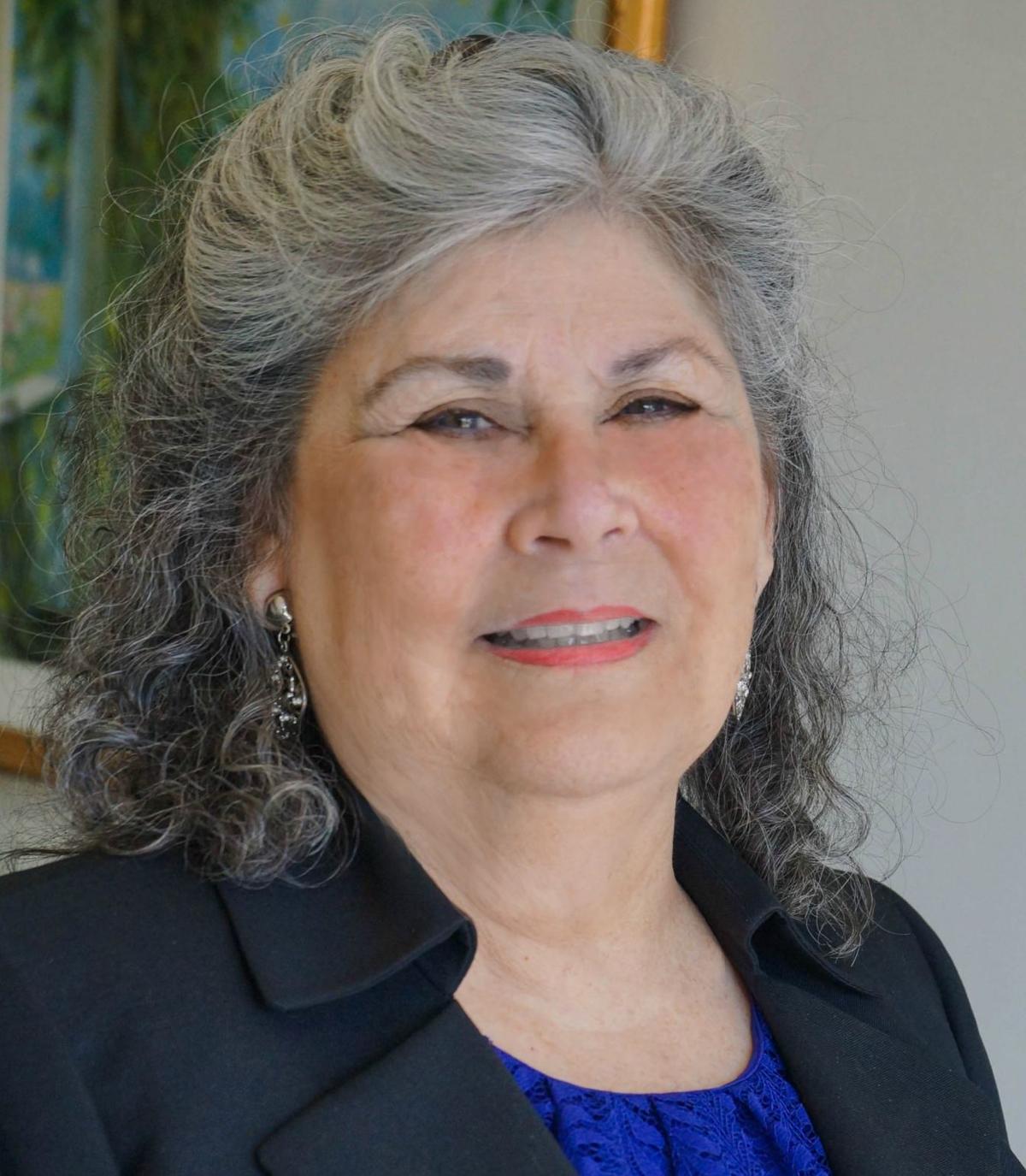 This is Jesse Aguilar, a teacher at East Bakersfield High School and a local delegate to the 2016 and 2020 Democratic National Conventions.

Local delegates to this week's 2020 Democratic National Convention say the event's new online format works well enough and that they are hopeful the party will turn dissatisfaction with President Donald Trump's performance into gains at the ballot box Nov. 3.

They acknowledged challenges stemming from the unprecedented virtual format, noting caucus meetings had to be conducted by Zoom teleconferencing software and music took the place of a live audience because of social distancing requirements. Internet problems diminished Barro's experience and Aguilar said the event's energy level didn't compare to the party convention he attended four years ago in Philadelphia.

But both said they came away feeling like the Democratic Party has a chance at winning back control of the White House.

"I'm feeling cautiously optimistic that we can have change in November. And I do say cautiously because … you're not going to get this easily," said Aguilar, a longtime teacher at East Bakersfield High who has attended the last two party conventions and was looking forward to going to Milwaukee until it was canceled because of COVID-19.

Barro said based on the DNC Hispanic and Black caucus meetings she participated in, key themes were protecting voting rights, preserving the U.S. Constitution, strengthening the rule of law and mending international relations damaged by Trump.

She and Aguilar rejected recent Republican assertions that the Democratic Party has become radicalized and no longer serves the interests of mainstream America.

"I think the Democratic Party is broadening its umbrella," she said. "They want to have a big tent. They want to include everybody."

Aguilar added the "radical" label — Rep. Kevin McCarthy, R-Bakersfield, has called Democratic presidential nominee Joe Biden a "Trojan Horse for the radical faction of his party" — was "just kind of an attempt by Republicans to define the ticket."

McCarthy's reelection campaign did not deliver on an offer to comment on the Democratic convention before The Californian's deadline. But spokesman Drew Florio did say the House minority leader feels honored to have a speaking role at next week's Republic National Convention.

“His remarks will focus on the GOP agenda to help renew the American Dream, restore our way of life, and rebuild the greatest economy ever,” Florio said by email.

Aguilar said a high point for him Monday was a speech by Kristin Urquiza, whose father, a fervent Trump supporter, died from COVID-19. He said he was watching with his daughter and she started to tear up when Urquiza was speaking.

Aguilar's hope now, he said, was that Democrats stay above the mud-slinging that often comes with political campaigns and that the party can show it has a plan to deal with the pandemic, the economy and "moving forward" in general.

Barro, a Bakersfield diversity consultant and former longtime Republican who has attended previous Democratic conventions but never before as a delegate, said she thought the convention has been wonderful so far.

Reflecting on the many challenges facing the nation, she said she misses politicians like former Rep. Bill Thomas, R-Bakersfield. Since his retirement, she says, the Republican Party has become too audacious.

"We need a good, functioning Republican Party. We don't have one now, and that's what's terrifying to me," she said. It takes both parties to govern, she added, "but right now there's so much hatred. … It's pathetic."

Isn't it interesting how rioters and anarchists can get away with no wearing masks yet the rest of us have to? Does it have to do with "control?"

It is laughable that someone says that the Republican party has become too audacious. Republicans haven't changed, they are just finally standing up to bullying. They are the only ones who have compromised over the years, giving up more and more ground. When have dims ever done that?

No mention of Democratic-led cities on fire? You throw a word-salad (that means literally nothing) about who unifying you are, yet you mention nothing about your results. Look at Portland, Seattle, Boltimore, Detroit, Deblasio's New York. Democrats are socialists in drag. Avoid them like the plague.

It's really simple: If you want your city to end up like Seattle, Portland, etc., and you want amnesty to all who enter our country illegally, and you want eventual confiscation of firearms, and you want free healthcare for all who live here by taxing people to death............vote Democrat. If you want law and order and businesses to thrive, vote for Trump!

Lest We Forget the Horrors: A Catalog of Trump’s Worst Cruelties, Collusions, Corruptions, and Crimes

by Ben Parker and Stephanie Steinbrecher

This the first in a series. It is to be read before the midterms. Commit to vote here.

Various writers have compiled this list during the course of the Trump administration. Their work has been guided by invaluable journalistic resources, including WTFJHT, NPR, the New York Times, the Washington Post, and other sources, to whom we are grateful.

– Collusion with Russia & Obstruction of Justice

– February 10, 2011 – In 2011, Donald Trump stoked false claims that Barack Obama had lied about his education. During a speech to the Conservative Political Action Conference, Trump said, “Our current president came out of nowhere. Came out of nowhere. In fact, I’ll go a step further: The people that went to school with him, they never saw him, they don’t know who he is. It’s crazy.” This is false. Numerous accounts from Obama’s college classmates refute Trump’s claim, including Obama’s Columbia roommate, Phil Doerner.

– March 30, 2011 – Donald Trump was a vocal proponent of the “birther” myth, claiming Barack Obama was not born in the United States. In 2011, Trump told Bill O’Reilly, “If you are going to be president of the United States you have to be born in this country. And there is a doubt as to whether or not he was… He doesn’t have a birth certificate. He may have one, but there’s something on that, maybe religion, maybe it says he is a Muslim. I don’t know. Maybe he doesn’t want that. Or he may not have one. But I will tell you this. If he wasn’t born in this country, it’s one of the great scams of all time.” In response to the “birther” conspiracy theory, the State of Hawaii released Barack Obama’s short- and long-form birth certificate.

You must be Democrat all you do is spew rhetoric and copy and paste. Get a brain and think for yourself.

Masked, besides the conjecture in statements by biased so-called "journalists" with a decided agenda, where is the proof of these allegations you spent three seconds copying and pasting? Grow a spine and present evidence; copying and pasting rhetoric makes you a pathetic troll. Get real, be genuine - don't be a coward.

@TIV: You're arguing with a bumper sticker, sir.

If (big IF) Yorkies does respond to you, it won't be with anything but another copied/pasted talking point...

Almost time to vote! On that day please remember to reward Trump's Corona Zombie Army who has marched lockstep with him for 4 years.

Delusional, Dweeb. Democrats have list their minds and are to blame for the big COVID lie, chaos and unrest in the streets - and now the power debacle in our once great state. None of it is on Trump and you KNOW it! Keep spewing your nonsense, Dweeb. Every time you post a new bit of nonsense, another undecided moves into Trump's column. Liberals don't even hide it anymore - they are more transparent than ghosts!

Okay, Nevermind, are you CERTAIN all 175,000 died of COVID? Are you really certain that 175,000 is an accurate number? What makes you certain it is, particularly in light of the fact that false-positives are common with accepted testing practices. And can you explain to me why mandates are implemented, like masks, rather than leaving personal safety and associated decisions to individuals? Tell me why Walmart and Costco are safe clustering grounds but the beach or church must be closed. Try expanding your offering here, Nevermind, to more than a number and two words. Go on. Waiting.