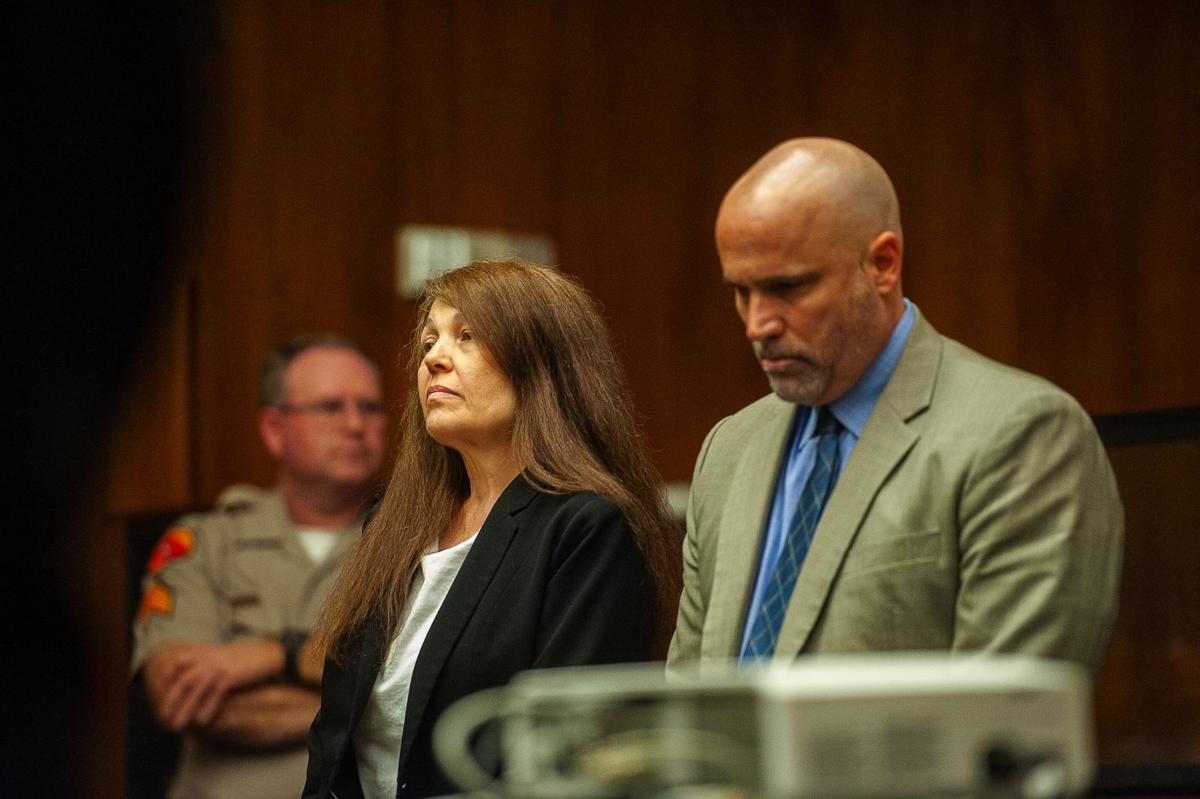 Leslie Chance stands next to defense attorney Tony Lidgett on Thursday as jurors enter the courtroom to deliver their verdict. She was found guilty of first-degree murder in the 2013 killing of her husband, Todd Chance. 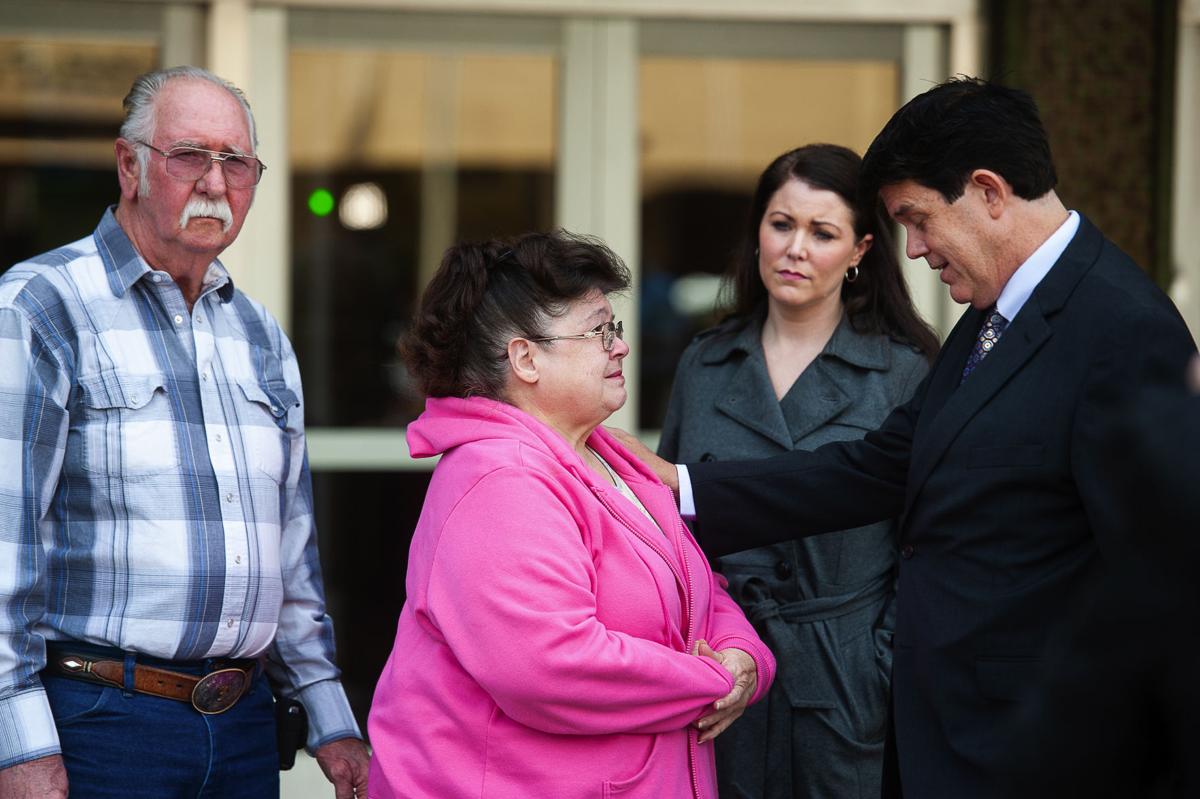 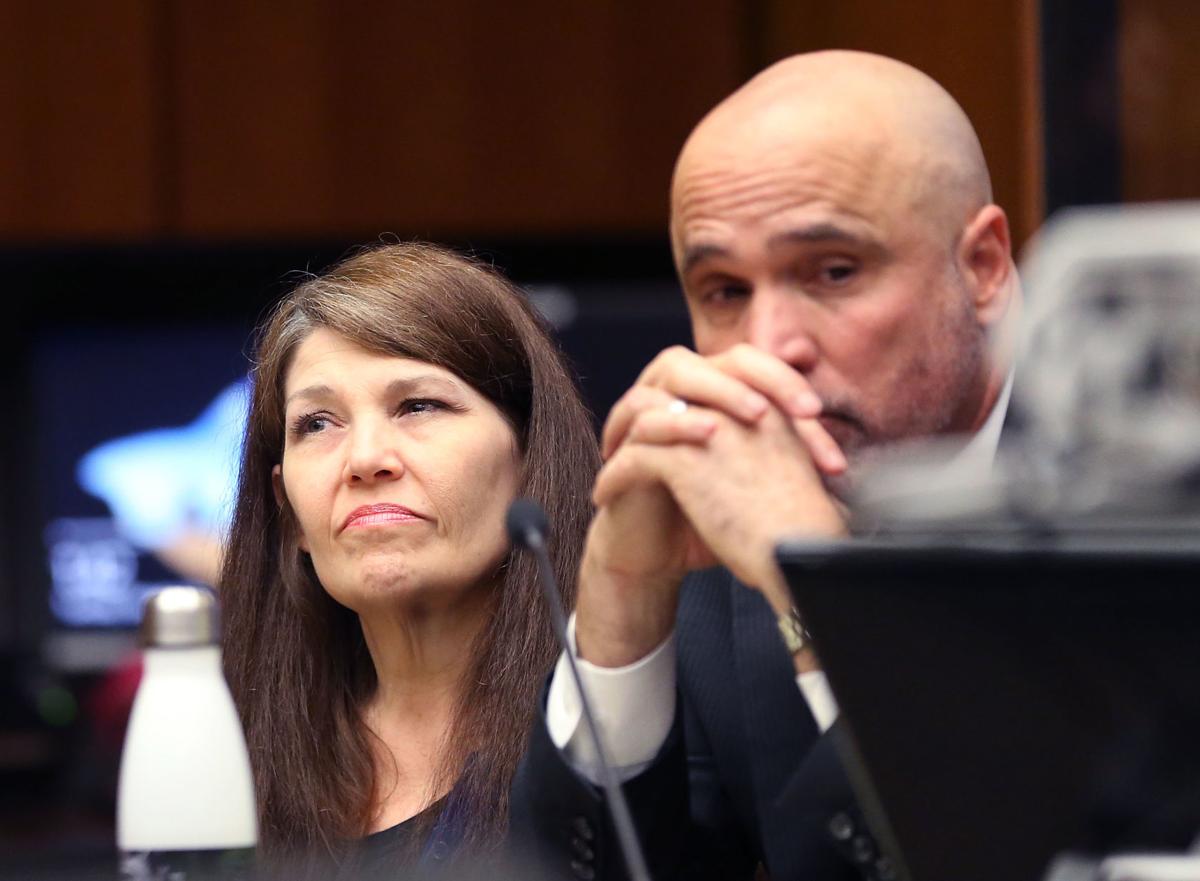 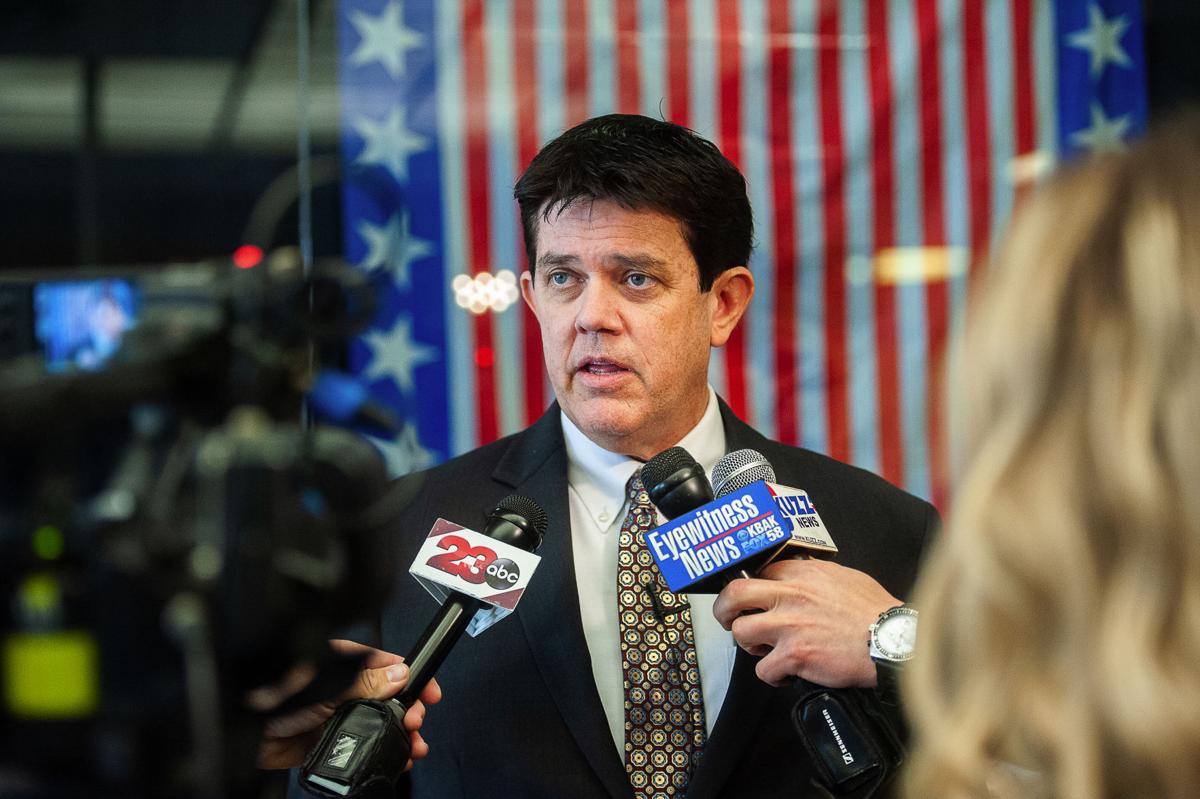 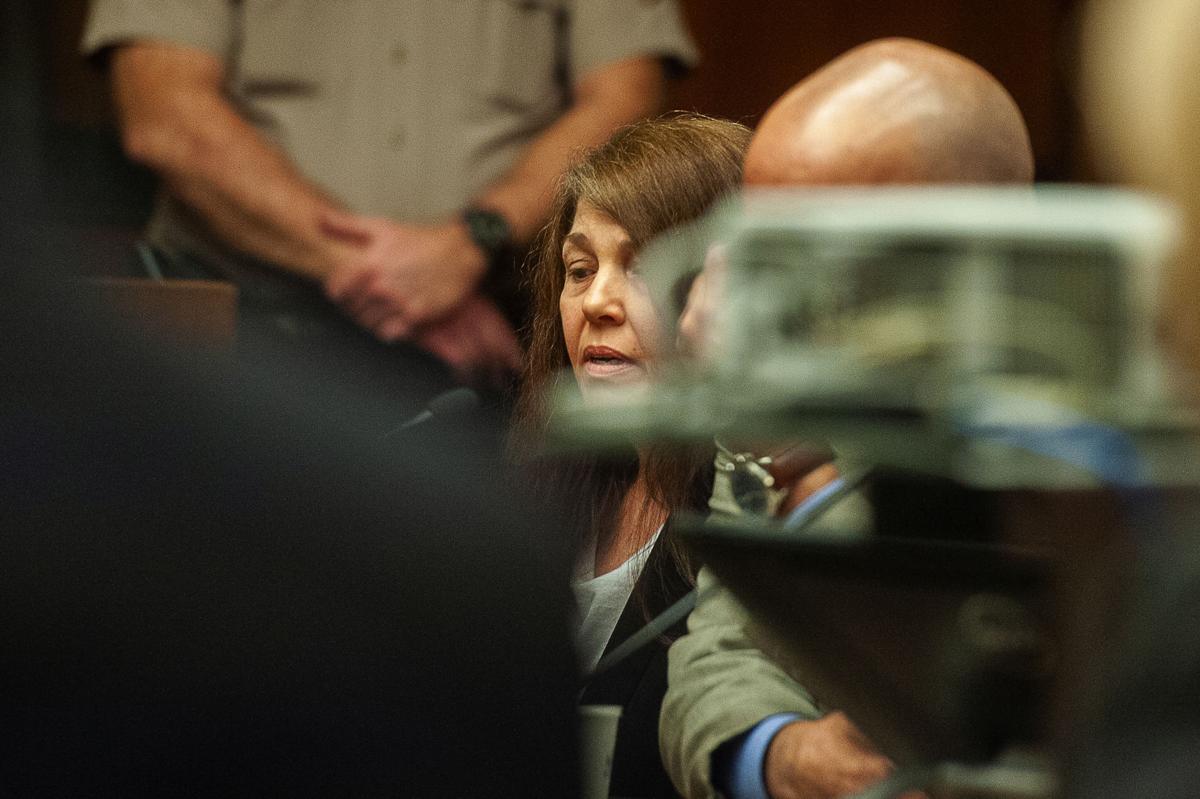 Leslie Jenea Chance reacts as she is found guilty of murdering her husband, Todd Chance, in Kern County Superior Court on Thursday. 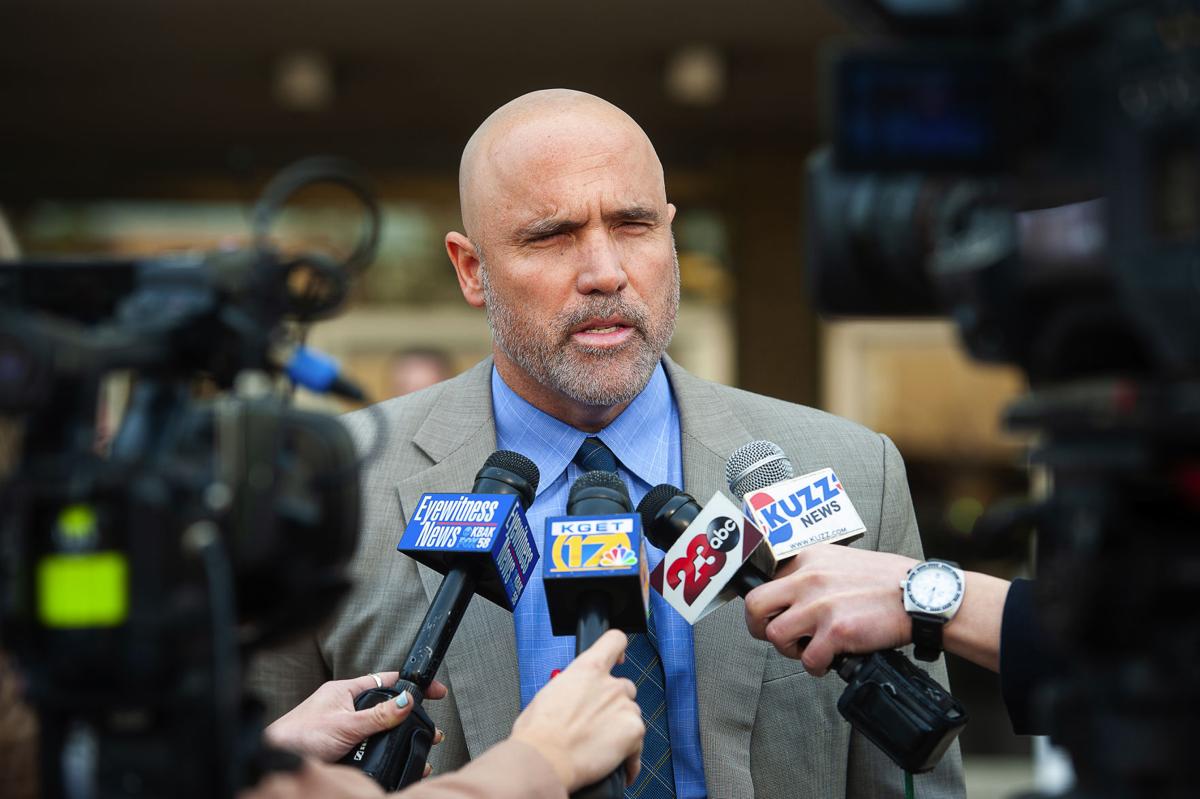 Leslie Chance stands next to defense attorney Tony Lidgett on Thursday as jurors enter the courtroom to deliver their verdict. She was found guilty of first-degree murder in the 2013 killing of her husband, Todd Chance.

Leslie Jenea Chance reacts as she is found guilty of murdering her husband, Todd Chance, in Kern County Superior Court on Thursday.

Leslie Jenea Chance, a former elementary school principal, was found guilty of first-degree murder in the 2013 killing of her husband Todd Chance on Thursday in Kern County Superior Court.

The verdict capped a four-and-a-half-week trial in which the prosecution set out to prove Chance, 53, shot her husband the morning of Aug. 25, 2013 because of a texting tryst he had carried on with a former girlfriend. She planned the murder for weeks beforehand, the prosecution said, using information learned at a CSI exhibit in Las Vegas to cover her tracks and make it look like someone else killed Todd Chance, who was 45 at the time.

She is likely to face 50 years to life in prison when she is sentenced in March, said Deputy District Attorney Art Norris, because the jury also found she used a firearm in the commission of a crime. The jury, however, did not find she killed her husband for financial gain.

The courtroom was crowded with family members and other attorneys who were not part of the case but wanted to watch the verdict. Chance’s oldest daughter from a previous marriage, Jessica Bullman, was in court as she has been through most of the trial, as well as at least one of the two daughters she had with Todd Chance. Todd Chance’s parents, Diana and Travis, were also in the courtroom.

When the verdict was read in court, the daughters wiped their eyes with tissues. Leslie Chance seemed to stare into the space in front of her as jurors were excused and sentencing was scheduled.

Chance’s conviction was no slam dunk.

Among the evidence was grainy and sometimes distorted surveillance video of a figure walking down the street and into Walmart on a circuitous route prosecutors say Leslie Chance took to get home the morning she murdered her husband. Along the way, she was disguised in a hat and sunglasses, and changed clothes and shoes, prosecutors said.

Leslie Chance’s three daughters testified the person in the video was not their mother. And other friends and relatives interviewed by sheriff’s investigators said they couldn’t be certain it was her. One witness, a colleague of hers from Greenfield Union School District, said Leslie Chance always wore glasses and noted the person in some footage wasn’t wearing glasses.

When she took the stand in her own defense, Leslie Chance testified that she didn’t wear contact lenses at the time. However, prosecutors later presented evidence showing she ordered two boxes of contact lenses on her most recent visit to the eye doctor a month before the murder.

Also complicating matters, it came to light during the trial that a sheriff’s investigator on the case failed to enter some witness interviews into evidence.

In any other court, a judge would’ve declared a mistrial solely based on the unlogged evidence, said Tony Lidgett, Leslie Chance’s defense attorney. Lidgett said he was shocked by the verdict and truly believed in his client’s innocence.

Throughout the trial, no one he encountered, except Leslie Chance’s mother-in-law, had anything bad to say about her.

“You just don’t hear that in a case like this,” he said.

“(The jury) did what they thought was right …. But I know I have three girls,” he said referring to Leslie Chance’s daughters, “and all of them know their mother is innocent.”

“I completely felt I’ve disappointed them,” he said of the daughters.

Leslie Chance was first arrested in 2013, days after her husband's body was found, but was released a few days later when prosecutors requested further inquiry from investigators with the Kern County Sheriff's Office. She was arrested again in December 2016.

She was the principal at Fairview Elementary in the Greenfield Union School District. On Thursday, the district announced that the employment of Chance, who was on unpaid leave since being charged with murder in 2016, will be terminated.

Closing arguments wrapped up and the jury began deliberations Wednesday in the murder trial of former school principal Leslie Chance, with the…