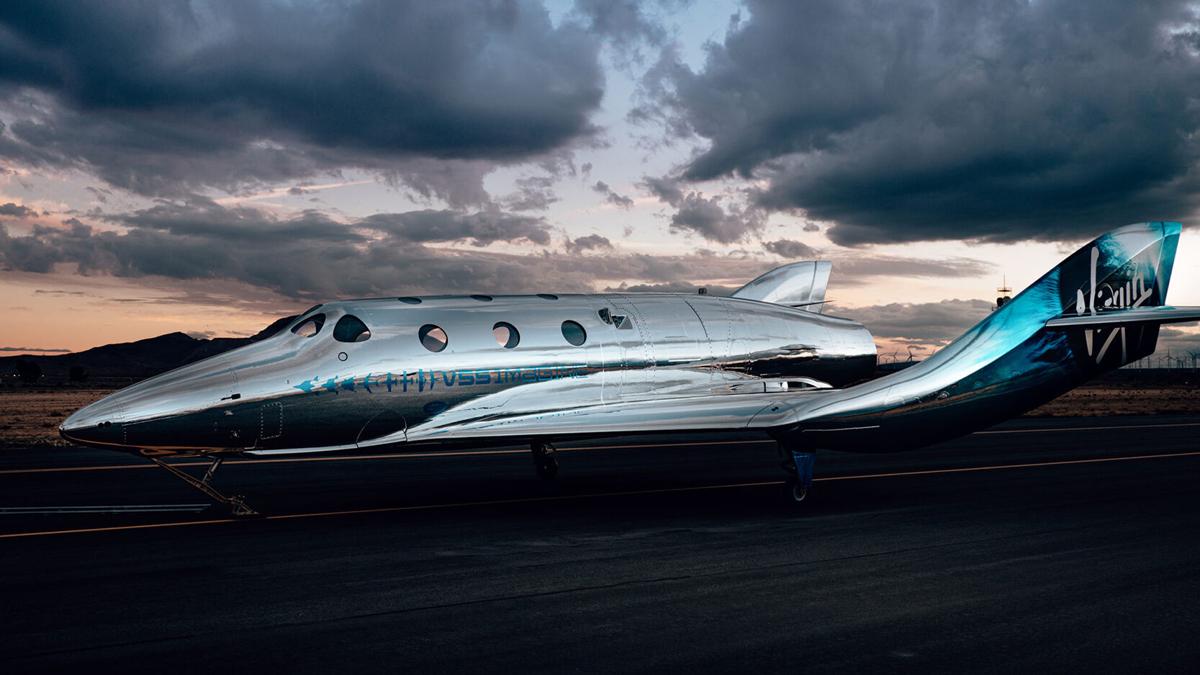 Virgin Galactic unveiled a new spaceship this week that was built in Mojave. VSS Imagine, the first in the company's new Spaceship III line, has a new modular design and a mirror-like coating that increases thermal protection. 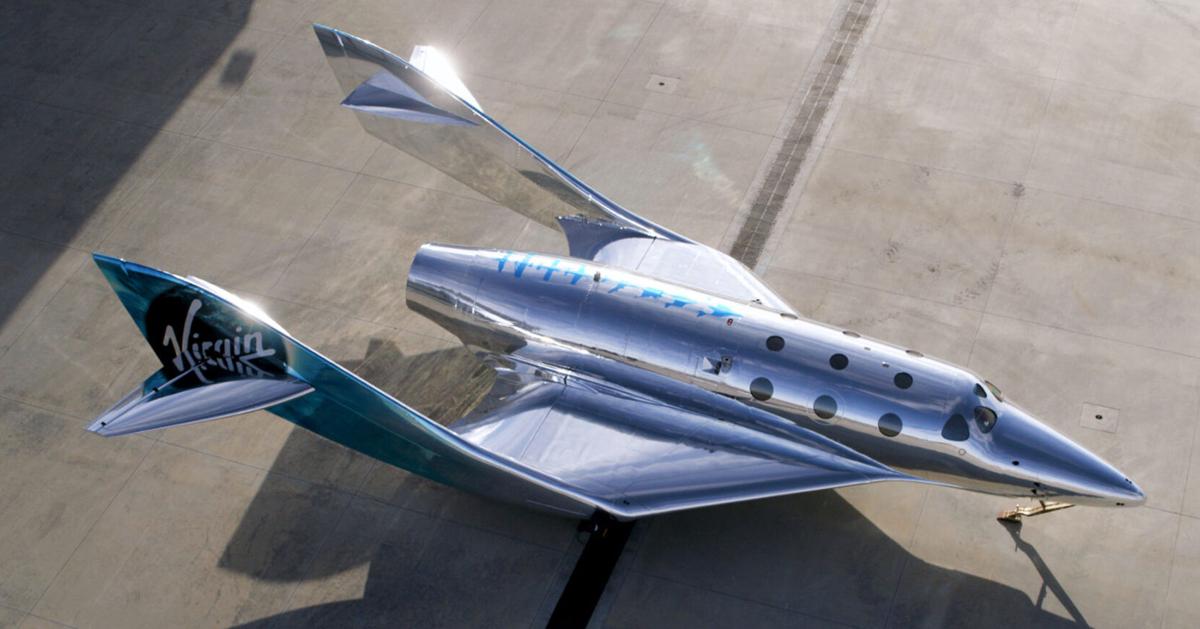 A view of VSS Imagine, a new spaceship unveiled by Virgin Galactic this week. The spaceship was built in Mojave.

Virgin Galactic unveiled a new spaceship this week that was built in Mojave. VSS Imagine, the first in the company's new Spaceship III line, has a new modular design and a mirror-like coating that increases thermal protection.

A view of VSS Imagine, a new spaceship unveiled by Virgin Galactic this week. The spaceship was built in Mojave.

Virgin Galactic this week unveiled a suborbital spaceship, built in eastern Kern County, that improves on its predecessor in the areas of manufacturing efficiency, passenger capacity and sheer beauty.

VSS Imagine, the first of the company's Spaceship III class, will be ground-tested soon then shuttled to New Mexico for glide tests this summer.

Its modular manufacturing design is considered the ship's most beneficial advancement, in that it makes building and maintaining the vehicle far more efficient. But in a video introduction Tuesday, company founder Richard Branson made a bigger point of its sleek visual appeal.

The ship's engineers wanted to use a reflective substance on portions of the ship's exterior because that was going to protect against heat from its rocket motor, he said. It ended up looking so good the decision was made to coat the entire ship with the same mirror-like material, he said.

"Our new spaceship's stunning chrome-effect livery is a fascinating example of form, function and thoughtfulness working in perfect harmony."

"We noticed that the spaceship became at one with its natural environment," he said, "by reflecting it whether on the ground, in the air or in space. I can't wait to see Imagine flying."

Soon the company will be getting back to its flight testing program, beginning with the ship's predecessor, VSS Unity, the second in Virgin Galactic's SpaceShipTwo series.

Other than the reflective surface, the ship looks much the same as the company's previous design, Virgin Galactic's president of space missions and safety, Mike Moss, told Spacenews.com. But he added it was built "much, much differently."

VSS Imagine is also lighter than VSS Unity, he said, which allows the newer ship to carry six people — two more than its predecessor. That's an important consideration for a fleet intended to ferry space tourists to and from suborbital space.

Spaceship.com reported VSS Unity has been grounded since December, when during a test flight the ship's computer system suffered electromagnetic interference and the test had to be aborted.

The company said in an earnings call in late February it was changing the ship's flight-control computer in an effort to stop the risk of interference. That pushed VSS Unity's next test flight to May.

A second ship in the SpaceShip III line is being put together now in Mojave. Its name is VSS Inspire.

"The introduction of the Spaceship III class of vehicles is an important milestone in Virgin Galactic’s multi-year effort that targets flying 400 flights per year, per spaceport," the company said in a news release Tuesday.

“VSS Imagine and Inspire are stunning ships that will take our future astronauts on an incredible voyage to space, and their names reflect the aspirational nature of human spaceflight," Colglazier said in the release. "Congratulations to our dedicated team who worked so brilliantly to achieve this milestone."