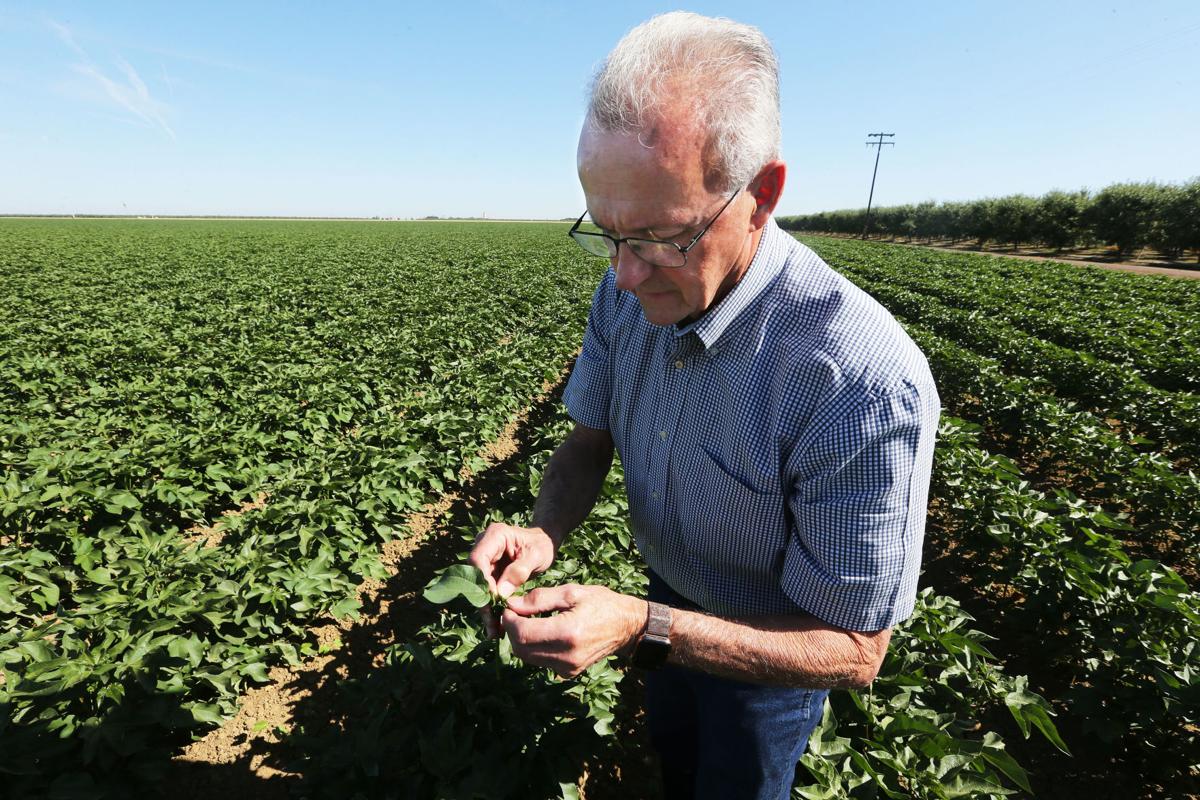 James Crettol, 71, inspects a bud from his pima cotton field in the Shafter-Wasco area. Kern County pima cotton growers are looking to make the case they should be allowed to collect federal pandemic-relief money despite a lack of data showing what they see as obvious, that their crop suffered a price decline of 5 percent or more since January. 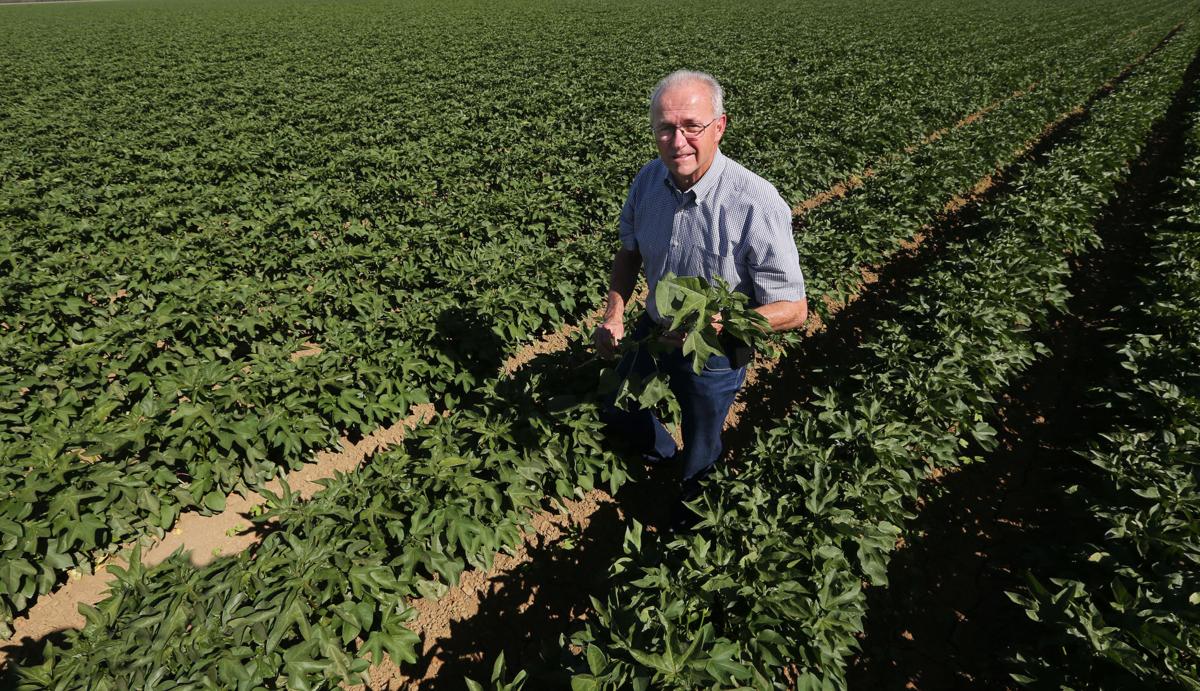 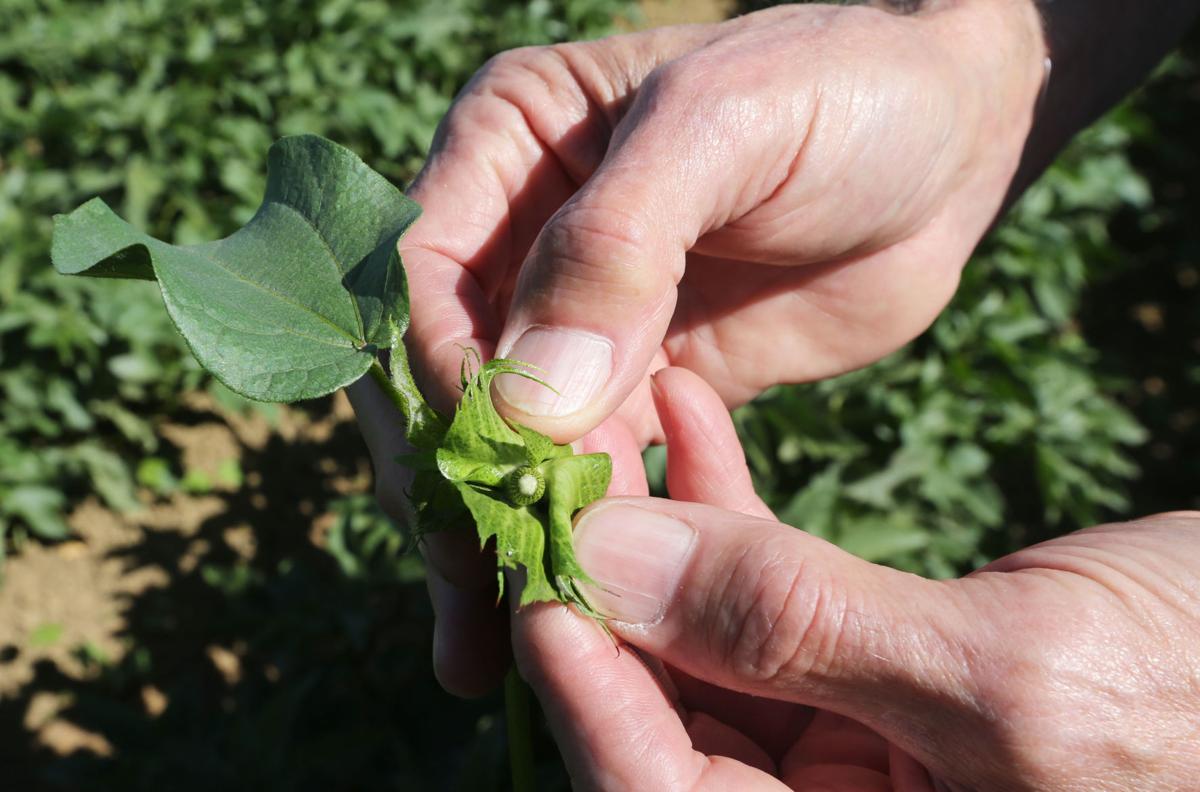 James Crettol, 71, shares what the start of a pima cotton bud on his farm in the Shafter-Wasco area. 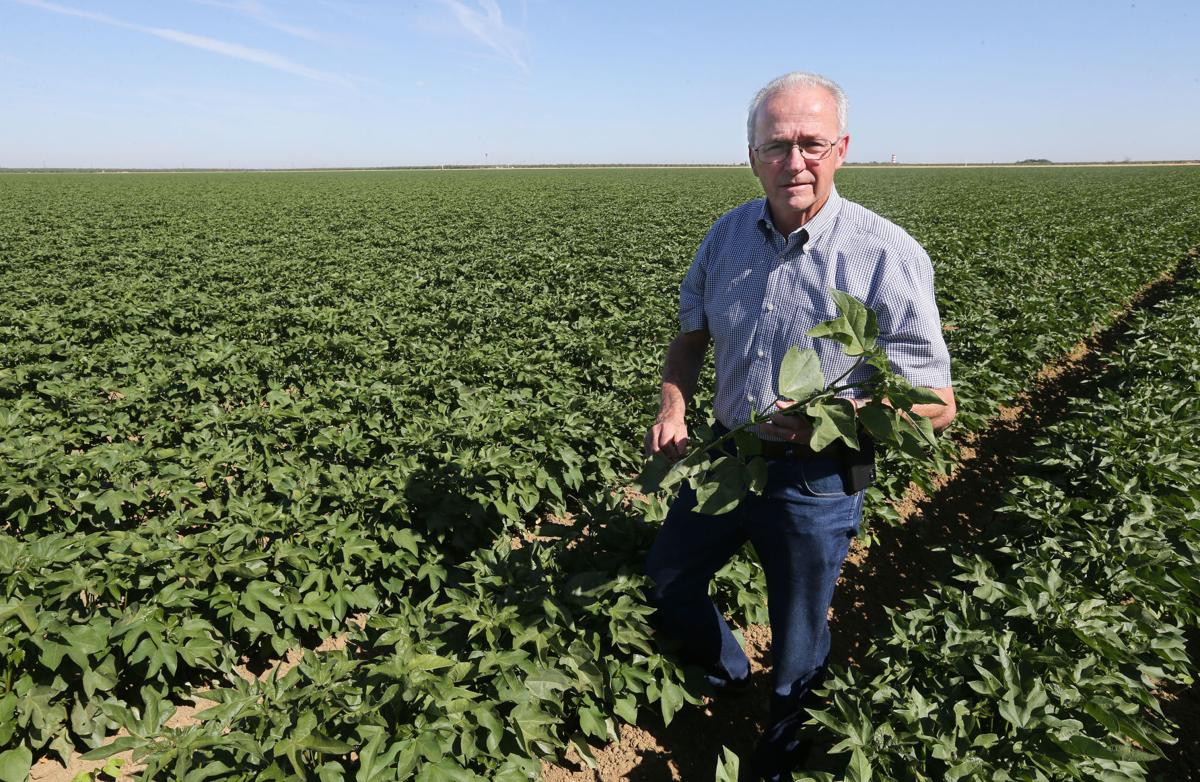 James Crettol, 71, inspects a bud from his pima cotton field in the Shafter-Wasco area. Kern County pima cotton growers are looking to make the case they should be allowed to collect federal pandemic-relief money despite a lack of data showing what they see as obvious, that their crop suffered a price decline of 5 percent or more since January.

James Crettol, 71, shares what the start of a pima cotton bud on his farm in the Shafter-Wasco area.

In recent years, the Pima cotton James Crettol farms on about 170 acres in the Shafter-Wasco area fetched between $1.30 and $1.50 per pound, and he was fine with that.

But ask him what it's worth now and he can only guess — because hardly anyone's purchasing it during the economic slowdown.

"Everybody's tightening up," he said. "If the mills aren’t spinning, because they don't have demand, then they aren’t buying cotton to supply the mills.”

That puts Pima farmers in a tough position lately, and not just because sales are down.

Without firm market numbers showing what prices were between Jan. 15 and April 15, they've been unable to qualify for federal recovery money being awarded to farmers whose crops dropped at least 5 percent in value during the pandemic.

"The problem is, it's what you didn't sell, and at what price," said Paul Bush, president of Calcot, a grower-owned cotton marketing cooperative based in Bakersfield.

Crettol wouldn't be in this situation if he grew upland cotton, which is considered to be of lower quality than Pima and is more often grown outside California. Upland growers qualified for federal checks because the crop sells in high enough volume on an open market that it was easy to prove it experienced a significant price decline.

Pima growers aren't giving up. They're trying to make the case to the U.S. Department of Agriculture that the crop did, indeed, suffer a big enough price decline to deserve some of the $16 billion in federal money set aside last month to help farmers. Qualified growers stand to receive direct payments of up to $250,000 each.

This week, the Kern County Farm Bureau issued a "call to action" asking local Pima farmers to write letters urging the USDA to reconsider its ruling that the crop didn't qualify for federal financial assistance.

Many locally grown crops were left off the USDA's list. While almonds, carrots and oranges made the cut, pistachios and grapes didn't. What's different about Pima is that the question seems to be less whether the commodity took a hit than how to show that with reliable numbers.

Cotton isn't the staple it used to be in Kern agriculture, but it's still a significant local crop.

It ranked 16th on the county's list of top-grossing ag commodities in 2018, with $67.6 million in farmer revenues. That figure includes sales of processed cottonseed.

Pima, which is riskier to grow than upland and harder to process, accounted for about 97 percent of Kern's 2018 cotton sales total and about 91 percent of the 30,695 cotton acres harvested. More recent local data isn't available.

Cotton in general has had a tough time the last few years, partly because of the trade war with China. The country, historically the largest buyer of U.S. Pima, has instituted tariffs that domestic producers say has slowed sales activity.

"This problem’s going to be here for a little while,” said Calcot's corporate secretary and communications director, Mark Bagby.

The Pima industry sees at least two routes to possibly qualifying for the federal financial help.

Lewkowitz acknowledged the numbers aren't perfect indicators but that they might have to suffice. They're still better than the USDA-tracked spot prices, which haven't changed much in recent months only because the Pima market has been depressed.

"It should technically qualify,” he said of the federal data.

If it doesn't, there might be a chance individual Pima growers can help by reporting their own sales to the government.

Calcot's Bush said that approach won't be easy because some growers have refused to disclose how much their product is selling for, worried disclosing their pricing position will weaken their competitive stance.

Still, he expressed hope enough growers will report figures to convince the USDA that Pima prices are down overall.

A local manager with J.G. Boswell Co., a leading California grower of Pima, didn't respond to a call requesting comment.

Federal checks await some but not all local farmers