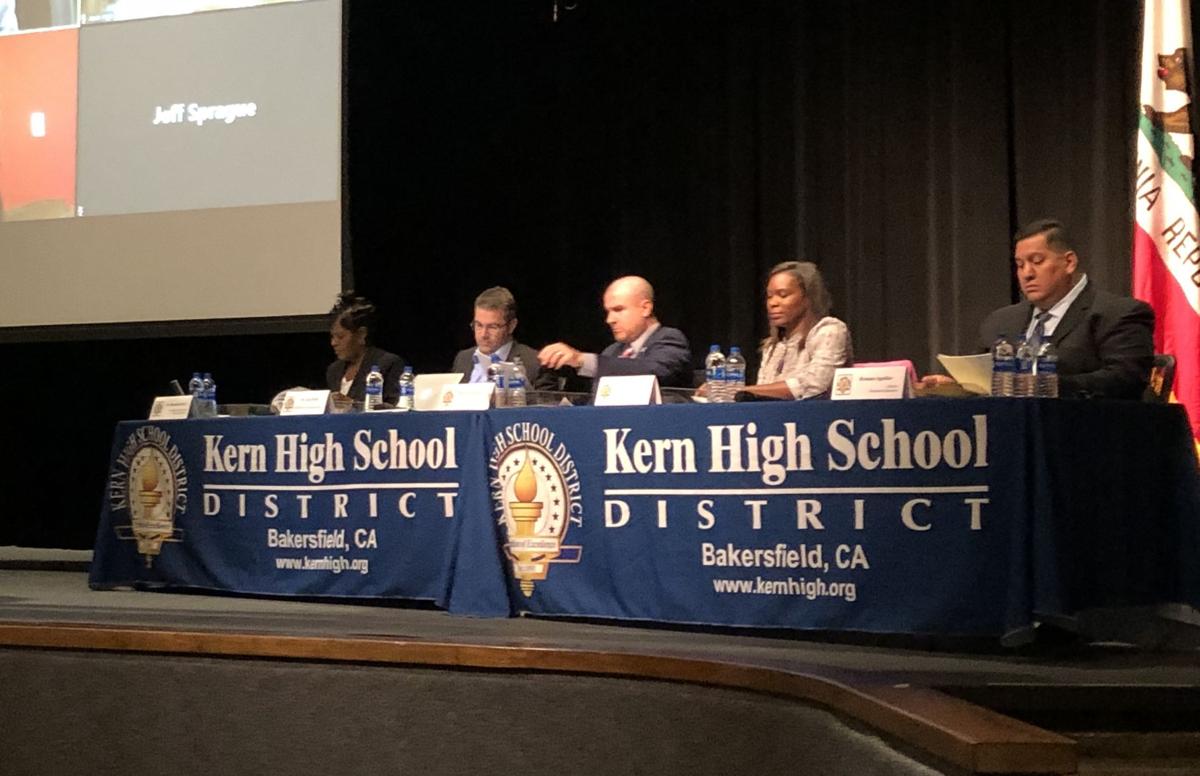 Members of the Kern High School District led a community forum on school behavior and climate on Thursday at West High School. 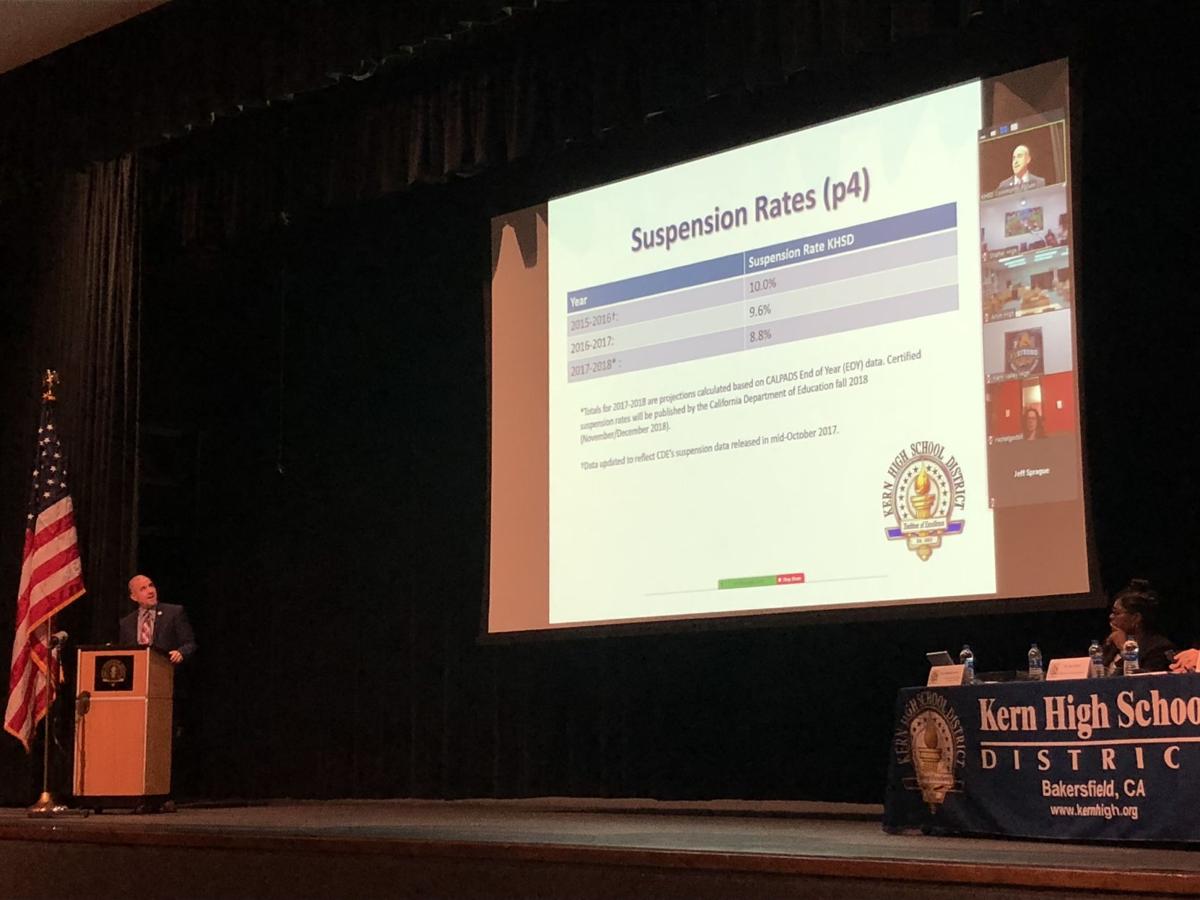 Brian Mendiburu, director of student behavior and supports for the Kern High School District, speaks during a community forum on Thursday at West High School.

Members of the Kern High School District led a community forum on school behavior and climate on Thursday at West High School.

Brian Mendiburu, director of student behavior and supports for the Kern High School District, speaks during a community forum on Thursday at West High School.

The Kern High School District has made some significant strides in the past couple years when it comes to student discipline, but data shows there’s plenty of work left to do.

Suspension and expulsion rates were just a few of the topics district officials discussed at one of its bi-annual community forums focused on student behavior and school climate at West High School on Thursday. The goal of the event is to highlight the steps the district is taking to improve student discipline procedures.

KHSD Superintendent Bryon Schaefer said the district has been implementing new discipline practices that focus less on punitive measures such as suspensions and expulsions and more on a restorative approach that addresses students’ behavior problems.

“We have worked hard to be able to meet students where they are in their lives and give them the supports they may need to help them succeed,” he said. “Without the ingenuity, work ethic and steadfast commitment from our staff, none of this would be possible.”

The district is required to hold the forums as part of a $670,000 lawsuit settlement against the district. The lawsuit, filed by 20 plaintiffs, alleged that the district expelled and suspended African American and Latino students at a disproportionate rate compared to other students.

However, the district’s expulsion rates increased last year from 26 in 2016-17 to a projected 29 in 2017-18. While the number of expulsions for African American and Hispanic students stayed the same for both years, white students saw the biggest increase from six to nine expulsions.

That’s a metric we will take a look at over the long haul to see if that particular issue continues to trend,” said Brian Mendiburu, director of student behavior and supports for KHSD.

Also presented at the meeting was the school climate survey that students took last year, which largely focuses on how students feel they are treated at school. Students had the chance to take the survey two times during the year, a departure from the quarterly surveys students were able to take the previous year.

There weren’t many significant changes in the responses for last year compared to 2016-17. There were even a few improvements. Fewer students said they felt disrespected or were harassed at school due to race, ethnicity or nationality last year.

However, there were a couple areas of concern when it comes to safety.

According to the survey, 18 percent of students said they have felt unsafe at their school within 60 days prior to taking the survey, a significant jump from 12 percent in 2016-17. The increase was most prevalent in female students with an increase of 8 percent.

Along the same lines, 10 percent of students said in the survey that they did not go to school because they felt unsafe at school or on the way home from school, a 3 percent increase over students who answered the question in 2016-17. The increase was seen across all ethnicities.

“School safety is paramount and the first priority for us both from a staff and student standpoint,” Mendiburu said.

Mendiburu said the survey gives the district a good idea of how students are feeling on campus and indicates areas of concern that the district needs to focus its attention on.

“We recognize that kids want a sense of belonging, a sense of competency, a sense of usefulness, but more importantly a sense of influence,” he said.

Overall, Mendiburu said he feels the district has been making solid progress in improving outcomes for students. However, he said the district isn’t getting complacent.

“We want to celebrate the staff for some of the work they’re doing with students, but we want to look at some issues that are trending in the wrong direction as well over the long haul,” he said.