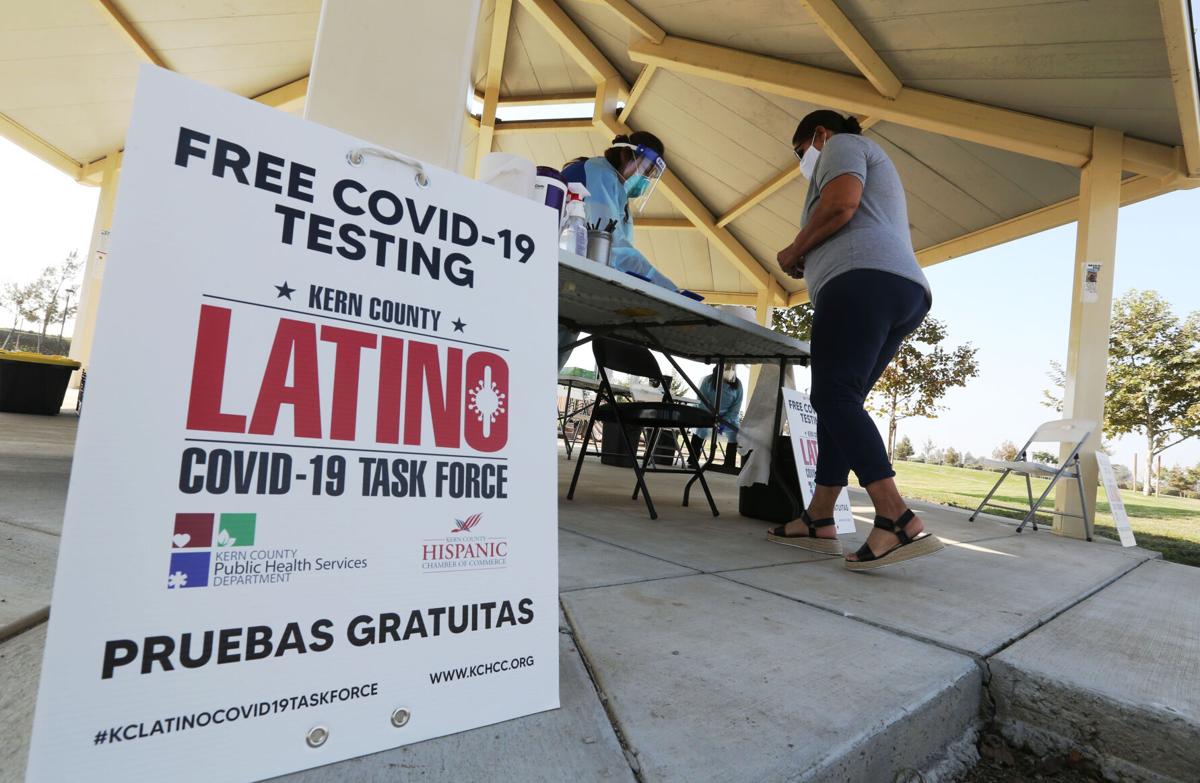 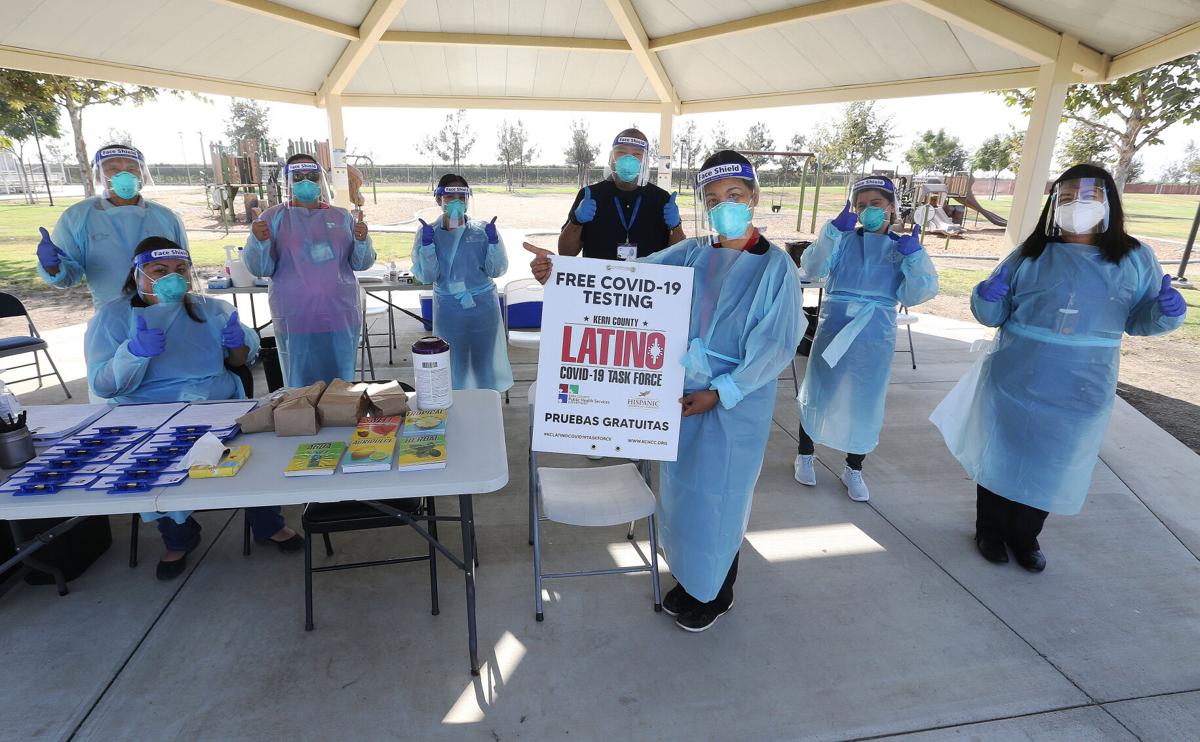 Members of the Latino COVID-19 Task Force pose for a group photograph prior to their free testing event at McFarland Blanco Park on Friday. 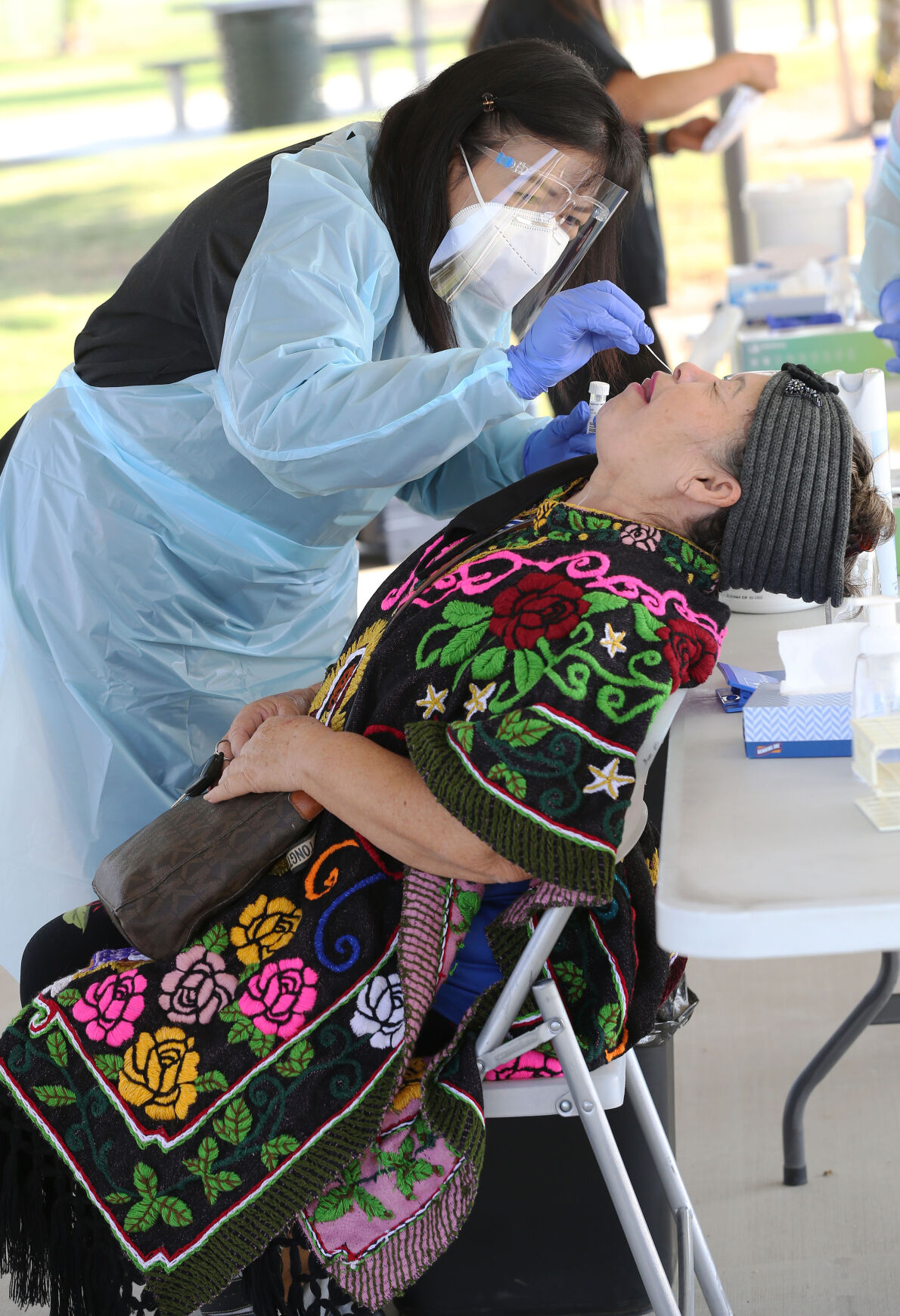 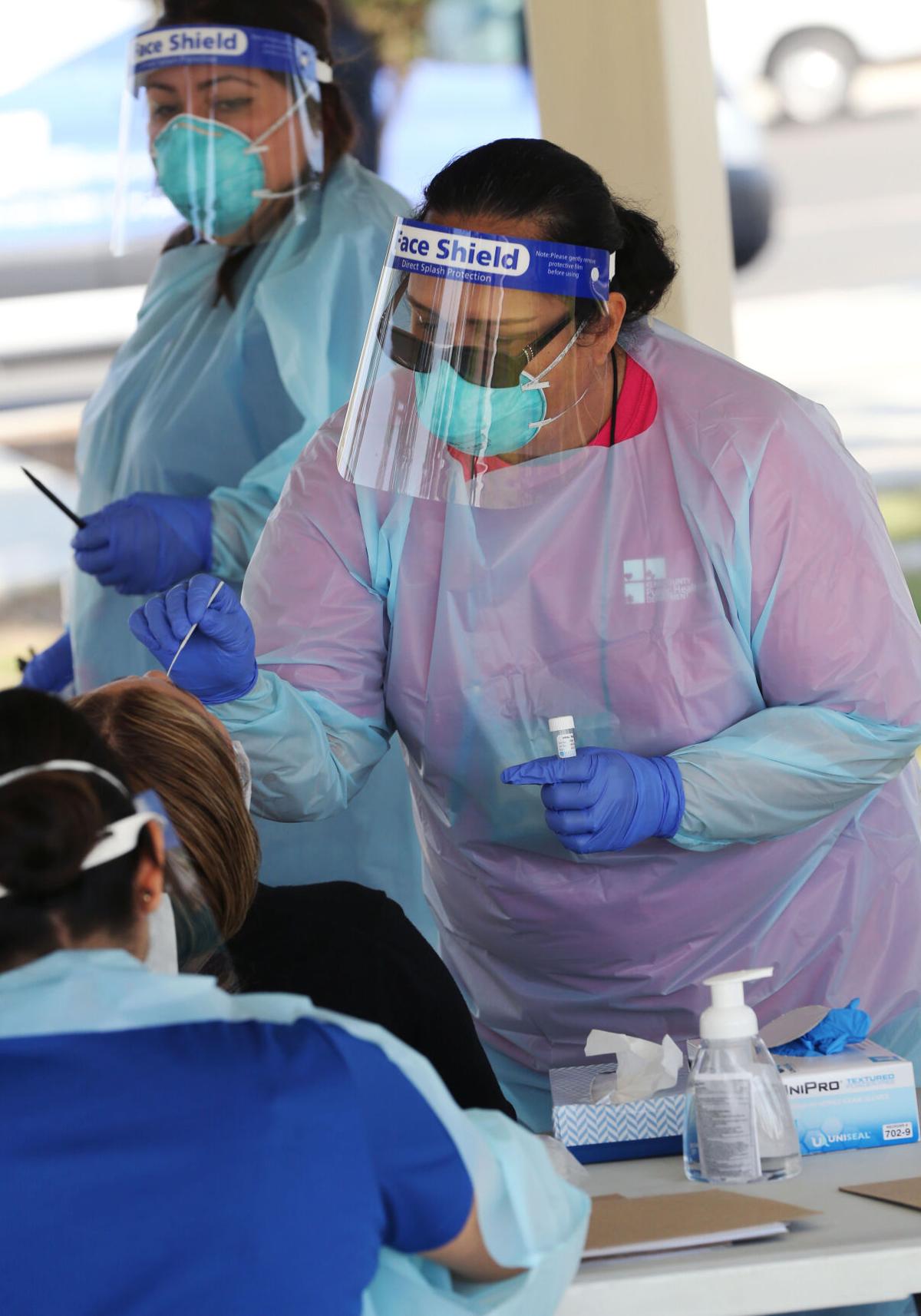 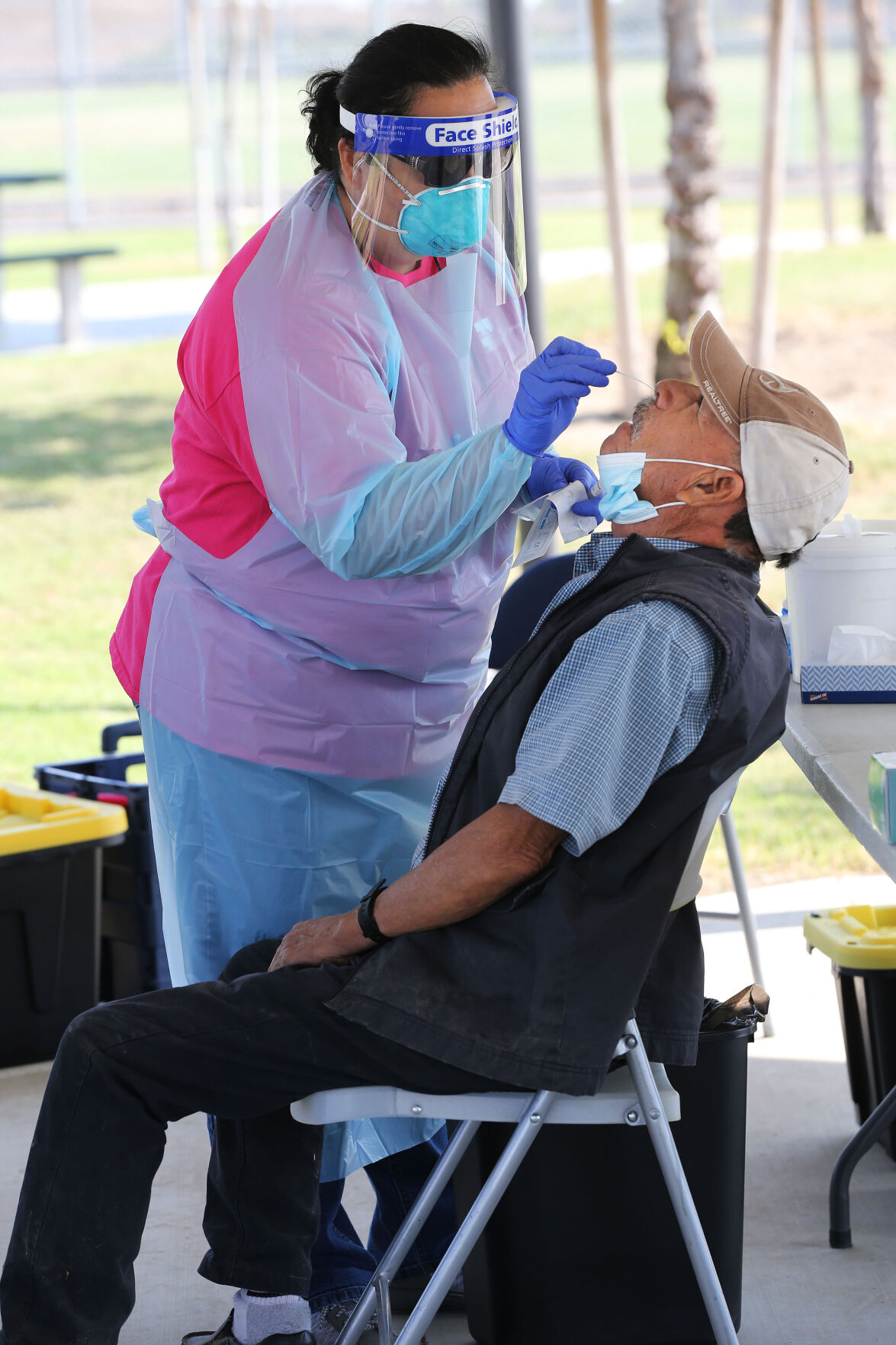 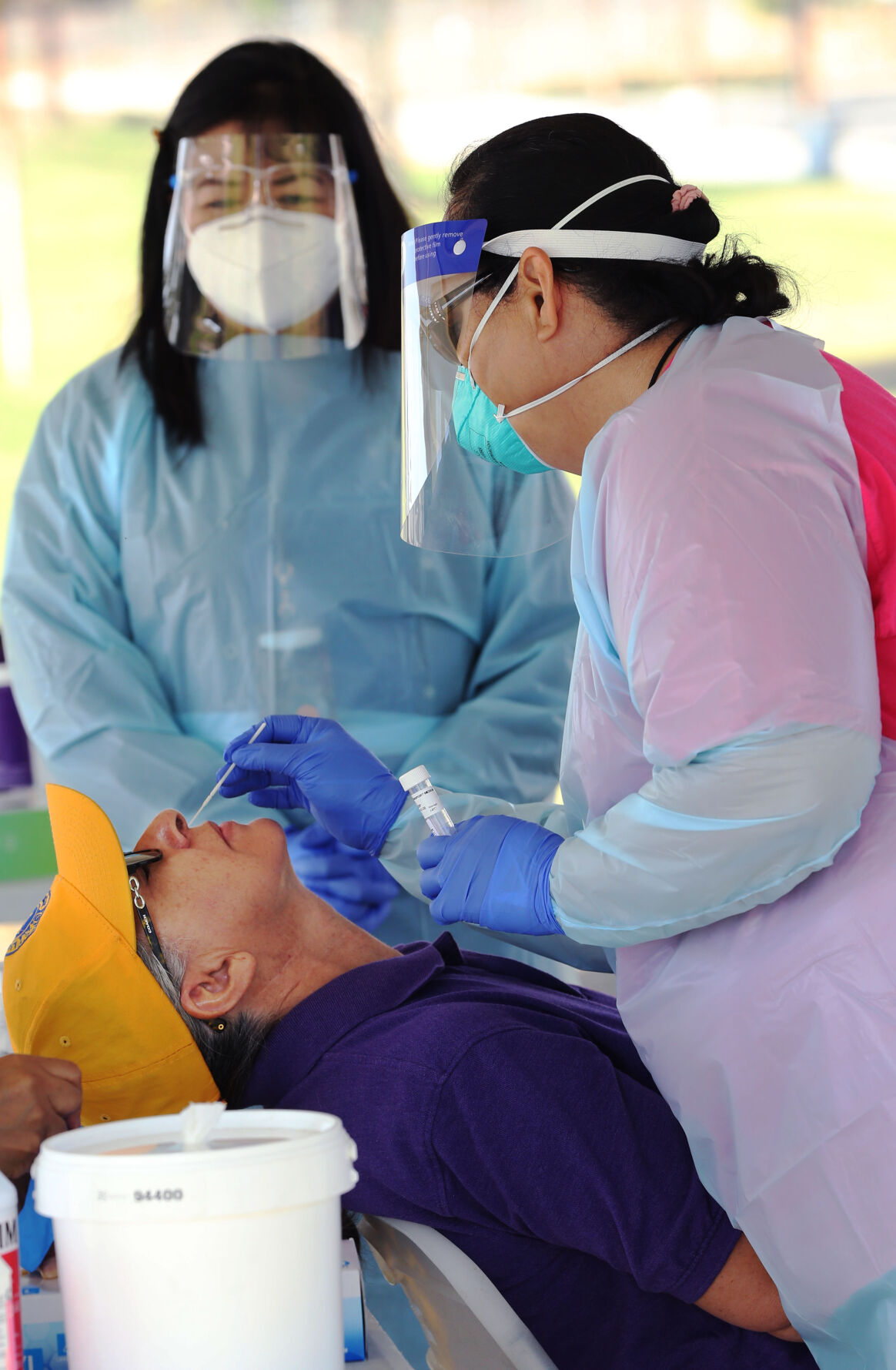 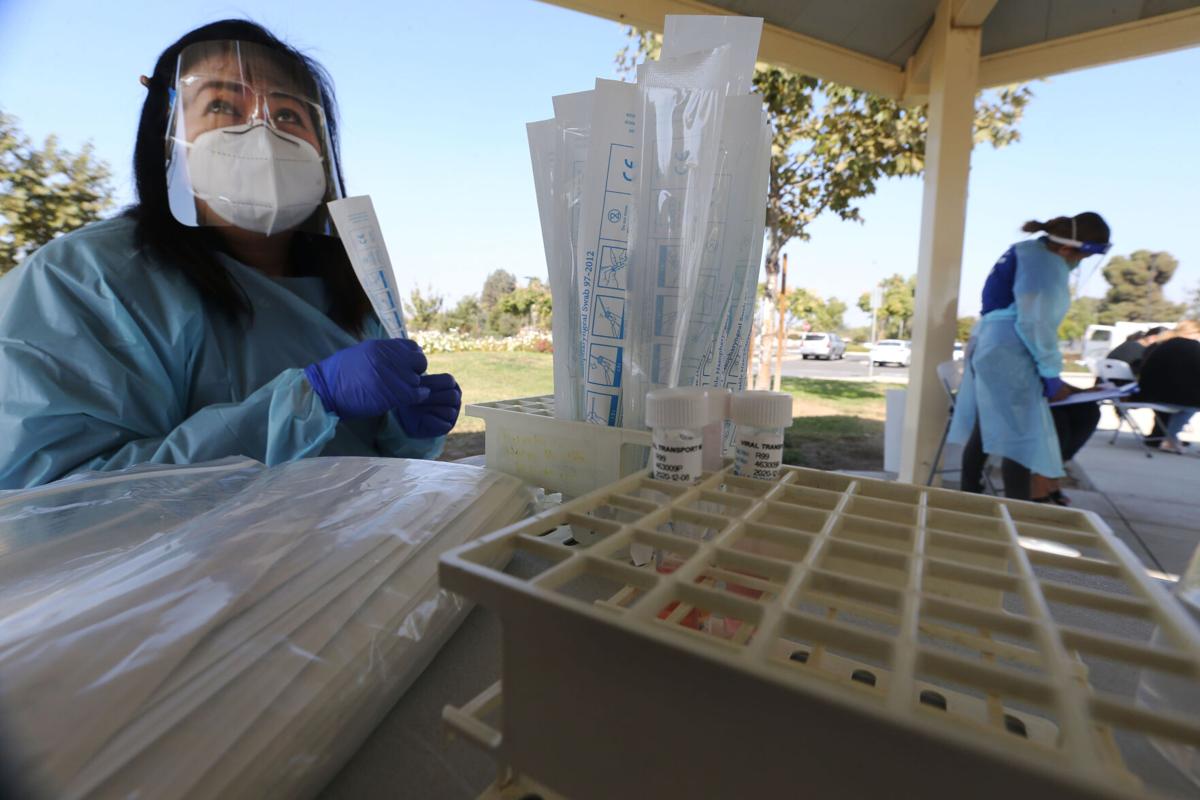 Members of the Latino COVID-19 Task Force pose for a group photograph prior to their free testing event at McFarland Blanco Park on Friday.

To Jay Tamsi, it’s not a coincidence that Kern County’s coronavirus metrics have dropped at the same time that the Latino COVID-19 Task Force has started to build momentum.

Founded in mid-August, the task force is meant to broaden Kern County Public Health Services' reach into Latino communities that had proved difficult to reach by county officials. After about a month of preparation, the task force is now in control of its own mobile testing site, and is working on bilingual messaging to help the county reach its coronavirus goals.

For Tamsi, who is the president and CEO of the Kern County Hispanic Chamber of Commerce as well as a co-founder of the task force, their work is already showing.

“When we started, we were not in the red tier. Now we see of course we are in the red tier,” he said, referring to Kern County’s status on a statewide measuring stick known as the Blueprint for a Safer Economy. Red is the second most restrictive of four possible tiers. Generally, counties with low COVID-19 metrics can advance into less restrictive tiers, which allow for more economic and social activity.

"Our entire community has put a lot of effort into wearing masks, social distancing," Tamsi continued. "It’s all of us. And it’s a cohort of our community of Kern that really shows how much we want to move to the next tier, and how much we care about our economy.”

As the coronavirus pandemic has continued, the Latino Task Force could prove vital to aiding the county in its quest to advance into the less restrictive orange tier, and potentially even the yellow tier, which allows life to reach a semblance of normalcy not seen since COVID-19 was first discovered in the United States.

“Their efforts alone help the county out as a whole because we are being penalized because our testing rate isn’t as high as the state would like,” said Public Health Services Director Matt Constantine, referring to an artificial increase to the county’s weekly case rate the state imposes on Kern because the level of overall testing falls below the state average.

Outreach to the Latino community was identified early as an important factor in the effort to stop the spread of the virus. County statistics show 58 percent of all COVID-19 cases in Kern occur in Hispanics, although the race and ethnicity of 18.4 percent of cases is listed as unknown.

Making communication with Kern’s Latino residents even more important is a state requirement for counties to keep COVID-19 levels in their poorest census tracts relatively similar to the countywide levels.

“We don’t want to leave anybody behind,” Constantine said. “The state is concerned that averaging (the positivity rate) countywide, in a large county, you may be forgetting or obscuring those high testing positivity rates in those disadvantaged census tracts.”

In Kern County, many of the lowest-performing census tracts are heavily Latino. Much of the task force’s efforts have been focusing on those areas, specifically by increasing educational messaging and placing its mobile testing site where it can be easily reached by residents.

“A lot of us are essential workers,” Tamsi said of Latinos. “We didn’t have the time to go test. We didn’t have the time to go and make sure that we got the children to where they needed to be. There’s still a lot of multigenerational families out there. Their parents are working in the fields, their kids are home schooling. Kids are being babysat. With all of those together, it was really hard for folks to go get tested.”

The task force has partnered with Vallarta Supermarkets, a grocery store chain that caters primarily to Latinos. The store has hosted a testing site in its parking lot at multiple venues throughout Kern County.

For residents who have lost work, yet still want to get tested, the free sites have been a valuable resource, Vallarta Digital Marketing Director Ivette Serrano said.

“People are very familiar with us and familiar with quality customer service,” she added. “So when they see something like that with the free testing, it’s something that they may feel comfortable doing because they know Vallarta.”

While the task force has been around since August, its work is really just getting started. On Oct. 20, the Board of Supervisors voted to approve a retroactive agreement to allocate a $365,000 state grant to the task force. The money is allowing the task force to ramp up testing with new sites announced each week.

Constantine said it was too early to tell the true impact the task force’s efforts have had on the county as a whole, but he said their efforts showed good community involvement. He added that Kern residents cannot afford to get too comfortable with the pandemic still raging throughout the country.

“There’s no significant changes to our approach,” he said of the county’s strategy going into the winter, “but really the message is, these preventative measures work, but let’s continue. Let’s get to the end.”

Kern County's most vulnerable and disadvantaged communities have borne the brunt of the local COVID-19 crisis.