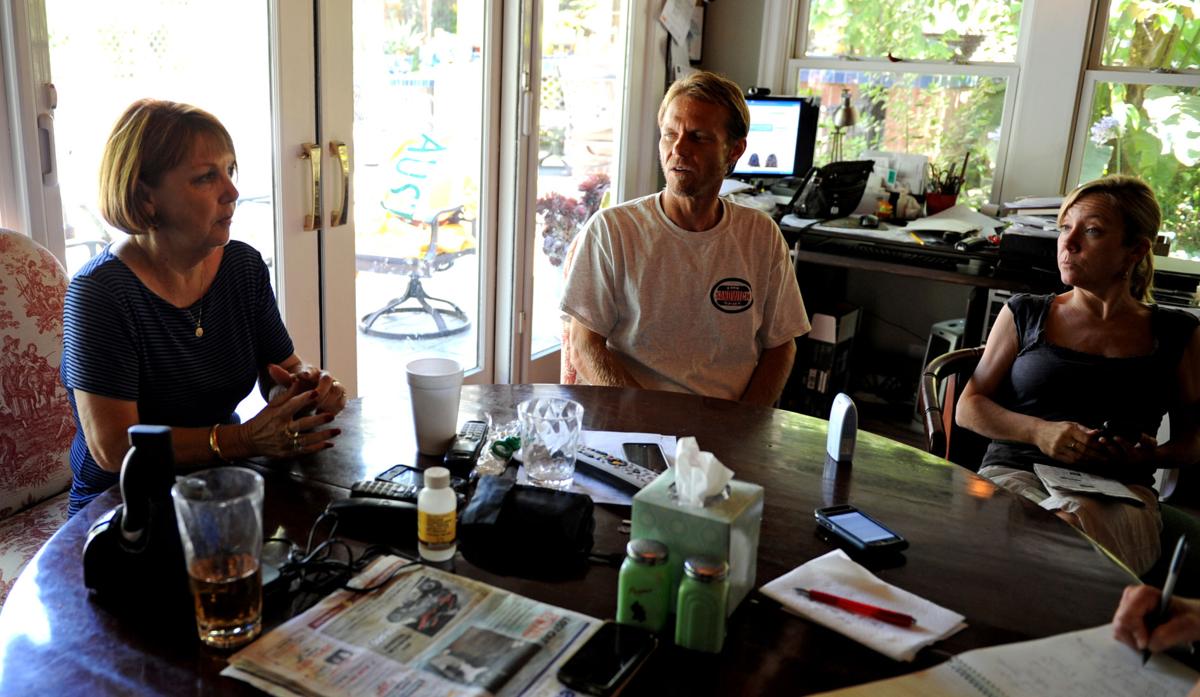 Tom Clark's wife and children recall stories of the former Kern County Water Agency general manager who passed away over the weekend after a 7-month battle with stomach cancer. 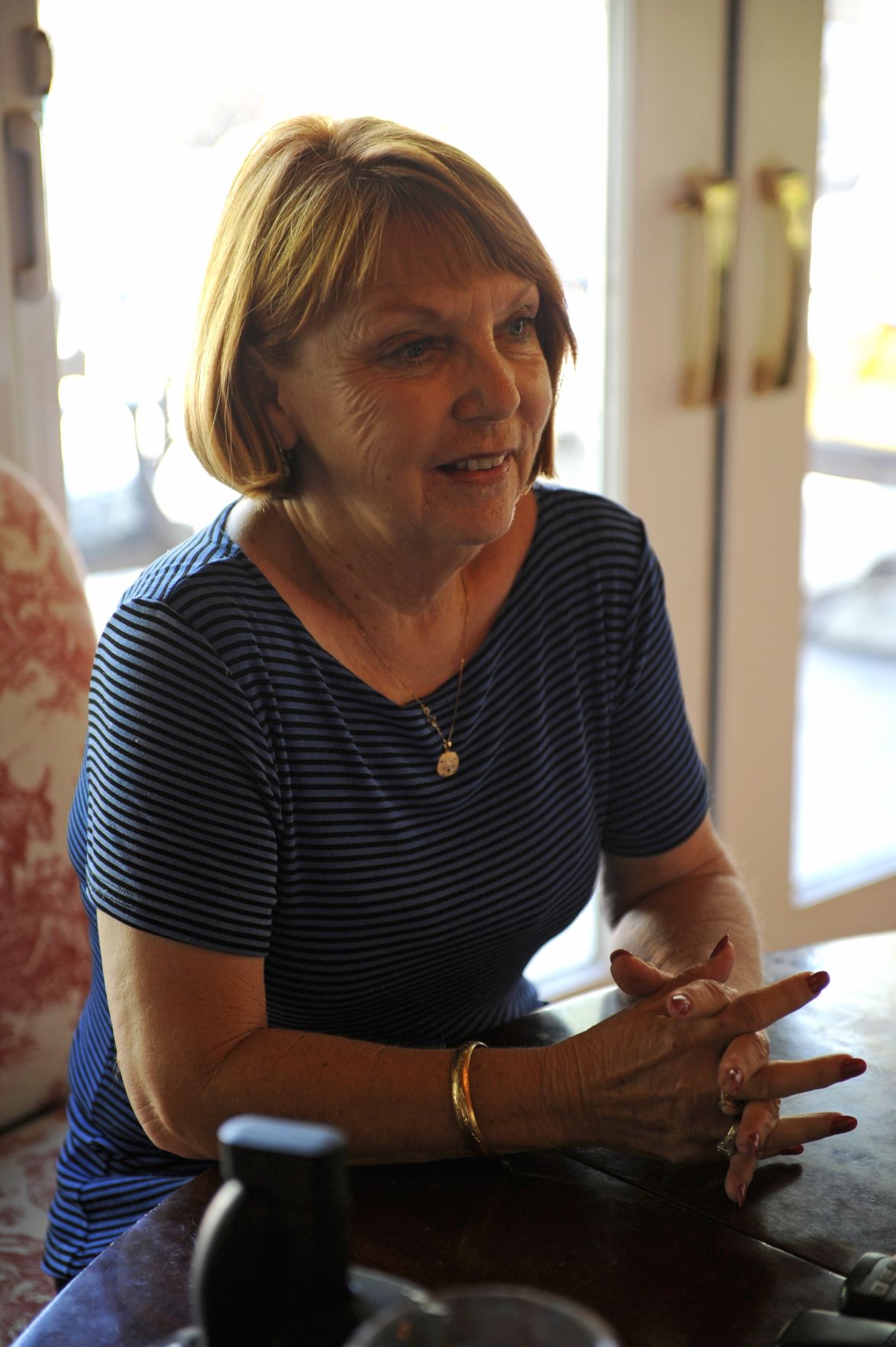 Tom Clark's wife recalls stories of the former Kern County Water Agency general manager who passed away over the weekend after a 7-month battle with stomach cancer.

Tom Clark's wife and children recall stories of the former Kern County Water Agency general manager who passed away over the weekend after a 7-month battle with stomach cancer.

Tom Clark's wife recalls stories of the former Kern County Water Agency general manager who passed away over the weekend after a 7-month battle with stomach cancer.

You'd never know it by looking at him -- with his half tucked shirt, faded jeans and trademark Converse tennis shoes -- but Oildale native Tom Clark was arguably one of the most powerful forces in California water over the last 30 years.

Clark died Saturday after a seven-month battle with stomach cancer.

His legacy lives on however, through a number of groundbreaking water deals he helped broker.

It's hard to overstate Clark's influence not just in Kern County, but up and down the state.

He was, after all, one of the masterminds behind the so-called "Monterey Agreements," which opened up sales and exchanges on the State Water Project, evened out shortages between ag and municipal contractors and birthed the Kern Water Bank, a huge groundwater storage program.

Though environmental groups are still suing over those agreements, the result locally was a much more stable water supply.

"When Tom Clark came in (as general manager of the Kern County Water Agency), Kern had the most unreliable water supply in the state and under his leadership, it became the most reliable," said Timothy Quinn, executive director of the trade group Association of California Water Agencies.

Clark had "enormous" influence on water policy in the state, Quinn added.

"He was in it for the betterment of California but, by God, he wanted to make sure Kern County got pulled along with that," said Quinn, who had been a manager of the Metropolitan Water District in Southern California, which often pitted him against Clark.

"We didn't always agree, but you couldn't help but love the guy," Quinn said.

In an industry where everyone loves to fight, Clark was unique in that respect: He was almost universally liked.

He had bold ideas and knew water inside and out. But he also truly liked people.

Clark was a genius at reading people, seeing a prospective deal from their point of view, learning their weaknesses, what they most wanted and just the right tipping point to win them over. He wrapped it all up with a playful sense of humor that was impossible to fight.

John Stovall, who served as the agency's lead attorney for many years, summed up Clark's style as "the Oildale Columbo," in reference to the slouchy, seemingly bumbling TV detective whose razor-sharp mind always zeroed in on the culprit.

"His true talent was getting people to nod their heads in agreement," said Gary Bucher who was Clark's facts and figures wing man at the agency for more than 20 years.

They were a team, Bucher said. Good friends from their college days at Cal State Bakersfield.

Clark, who was famously proud of his humble Oildale beginnings, was able to get his education courtesy of the U.S. Army.

He signed up for the reserves shortly after high school and served six years. The Vietnam war was in full swing, and his unit was called up for active duty in 1968.

By then, he had married his sweetheart, Karen (they met at Stan's Drive-In), and had one child, Krista, with another, Jeff, to come along in 1969. They held their breath, but a paperwork snafu kept Clark stateside.

"We were lucky, so lucky," Karen said, the relief still evident in her voice all these years later.

They came back to Bakersfield in 1970 to stay. Clark quickly got a degree from Bakersfield College, his bachelors in biology at Cal State and used a full ride scholarship to the University of Pittsburgh to get a masters in water supply and pollution.

Back then, they were only hiring engineers, but Bucher remembered how Clark learned that contracts for water from the state were the heart and soul of the agency. He got copies, pored over them and asked so many questions, "he was such a pest they finally hired him. And I'm not exaggerating!"

He left the agency and went to work for the late George Nickel from 1978 to 1986, helping get the Rio Bravo hydroelectric plant on the Kern River up and running.

"He and my father were buddies, they had so much fun doing water deals," Jim Nickel recalled. "Tom was the type of guy, if you came to him with an idea he didn't say no. It was always, 'Yeah, lets see if we can make that work.'"

Clark gained invaluable knowledge about Kern River rights and returned to the agency in the 1980s, becoming general manager in 1990. He retired in 2004.

Throughout it all, Clark absolutely loved his job.

One Easter, with dinner on the table, Tom went missing and Karen sent Jeff to find him. He was hiding out in his car, on phone talking water.

Krista Clark recalled sitting with her dad before he retired one night about 9 p.m. He was making yet another water deal. He hung up with a huge grin on his face.

Oildale was his other passion. He worked with Supervisor Mike Maggard toward beautification of his hometown.

"When he was interested in something, he embraced every aspect. And he asked for really big things," Maggard said, chuckling. "There was virtually nothing that he didn't think could be accomplished."

Lois Henry is a Californian columnist. Email her at lhenry@bakersfield.com.

A memorial service for Tom Clark will be held at 10 a.m. Saturday at Buck Owens' Crystal Palace.

In lieu of flowers, the family asks that you give a donation to the charity of your choice.

Or a donation may be made to the Kern County Oildale Renewal Fund. For more information contact Supervisor Mike Maggard's office at 868-3670, 391-7480 or by email at district3@co.kern.ca.us.