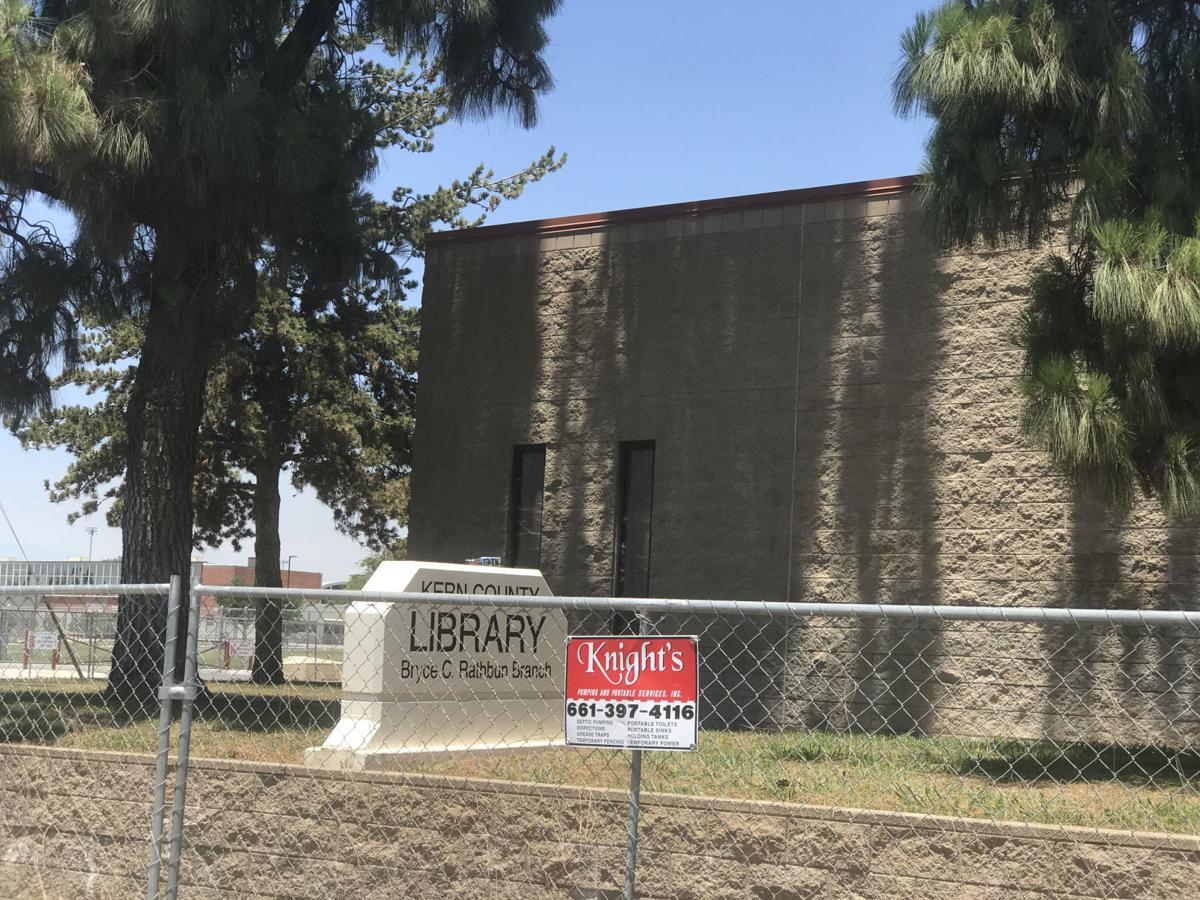 Kern County's Rathbun Branch Library in Oildale has been "temporarily" closed since May 30, 2019. With another hot summer looming and schools closed, this refuge for learning and literacy remains unavailable for residents who live north of the river. But county officials are confident it will be ready to assist customers by October. 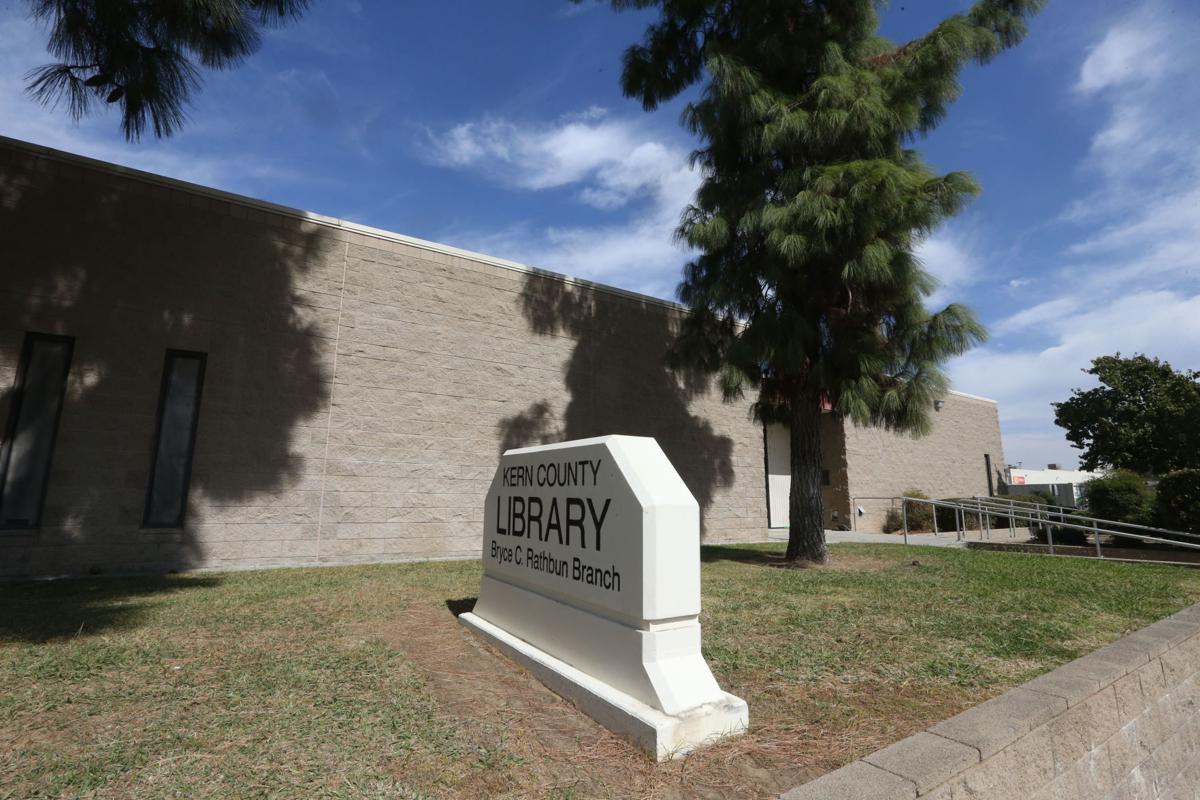 The Rathbun branch library in Oildale, shown in this Californian file photo, closed more than a year ago for renovations. Now a worsening budget crisis could imperil its future.

Kern County's Rathbun Branch Library in Oildale has been "temporarily" closed since May 30, 2019. With another hot summer looming and schools closed, this refuge for learning and literacy remains unavailable for residents who live north of the river. But county officials are confident it will be ready to assist customers by October.

The Rathbun branch library in Oildale, shown in this Californian file photo, closed more than a year ago for renovations. Now a worsening budget crisis could imperil its future.

It's been a difficult year for Kern County's library system, a sprawling collection of 24 branches and two bookmobiles that stretches from Taft in the west to Ridgecrest in the east, Delano in the north to Arvin in the south.

The county's worsening budget crunch has Director of Libraries Andie Sullivan uncertain about exactly how she will fully staff the libraries that have been closed since the coronavirus lockdown in March.

"We definitely see challenges ahead," she told The Californian, explaining that they will know more as the budget process unfolds in late June.

But Sullivan is clearly not willing to throw in the towel as she looks ahead to Monday's opening of curbside service at seven area branches, an experiment in customer service in the time of COVID-19.

One particularly difficult challenge has been the county's Rathbun branch in Oildale. The branch has been "temporarily" closed for more than a year, since May 30, 2019. And with another hot summer looming and schools closed, this renovated treasure trove of books, computers and digital media will remain unavailable for residents who live north of the river at least until fall.

Gerald Haslam, the award-winning writer who grew up in Oildale in the 1940s and '50s, and who cemented his early reputation writing about his community and the people in it, said he's "both astounded and distressed to learn that Oildale has no functioning library."

"Talk about putting locals behind an eight-ball," he wrote. "I virtually lived in the old North Chester library as a kid, and credit it (and the librarians) with making me a reader ... then a writer. What can I do to help restore library service to Oildale?"

In October of last year, Geoffrey Hill, the county's chief general services officer, vowed that the Rathbun would reopen in 2020 better than ever. The branch was closed because of a problem with water damage and mold, he said at the time. His target date for opening was last February, but the final contractor design and the permitting process were slowed due to COVID-19.

"Interior construction is scheduled to be complete by the end of this month with the final exterior work being completed by the end of July," Hill said Thursday in an email.

The final product may be worth the wait, with expected improvements to the library building and the patron experience.

Once county general services is done with it, the site will be turned over to Sullivan and her staff, who will need approximately eight weeks to install shelving, furnishings and make other preparations.

The big question for Sullivan is whether she'll have enough employees to staff the Rathbun and all the other library branches.

Indeed, for a decade, the library system has been operating on a significantly reduced budget. And part-time and extra-help employees have helped the libraries weather the storm. But what if more cuts are coming?

As her sentence trailed off, any number of nouns came to mind to fill in the blank.

Kern County Supervisor Mike Maggard, who represents Oildale as part of his district, said he's spoken with Sullivan over the past few days regarding the status of the Rathbun and other library branches.

"She told me the budget crisis we are now once again in has caused her to lose virtually all of her temporary staff, which was how she has operated for some time," Maggard said.

And the loss of that staff could imperil the reopening of many of the county's library branches.

"I am concerned with the notion that we may open just one library in the greater Bakersfield area," Maggard said. "I would prefer to see us explore closing one large branch with its larger staff and relocate them from one location to another so every sector of our larger community can be served."

Asked if he was suggesting that closing the much larger and more expensive Beale branch might be a solution to keeping more of the smaller branches open, Maggard said it shouldn't be ruled out.

"I think that should be on the table," he said. "The staff for the Beale is four or five times that of smaller branches. And almost everyone has to commute to the Beale. Not so with the other branches.

"The Rathbun can be a shining example of how our libraries should be used going forward," the supervisor said. "And I believe our assurance to the community that it would reopen should be honored."

They took a 'yuge part of the Kern park for the library, knowing online was the future (their computer lounge is there) . . . & Iphones/laptops . . . home & on-the-job!

Can always go back to Bookmobiles a backward step for Kern County. Just make sure they have ramps for wheelchairs.

I know the naming reason for certain branches—so can eliminate them if in another budget crunch—same on Kern County.

Would have been nice over the years that the Supervisors didn’t have the library and Parks budget so low. What with the literacy rate in Kern County. The other thing is a matter of half of the branches have automatic door button openers 12 do and 22 do not. Why? Was it good years that they had money? That is Unfair, Unjust and Unequal. Has to do with an outdated federal law of 1989 American Barrier Act that says doors have to weigh not over 5 pounds. Since then there has been a lot of mobility vehicles and devices. Try and open a door working a power wheelchair at the same time!

Now with the pandemic’s virus, who wants to touch doors or have to clean them a lit? Jobs would be created for senors being made and the price would come down.

The Supervisors could each use their Discretionary Fund ($5,000 each) towards a branch in their district. A grant, Library Fund, the Alfred Harrell fund (literacy is their pick for this year). fund raisers, donations and any special stimulus funds. Why the Beale was built next to a flood zone and stores historic stuff in their basement, who knows. Also the budget for the Beale did not plan for equipment—go read a Grand Jury report of 1985-86 or so,

Time to care about education and that is what libraries do plus a whole lot more.

I agree with Mike Maggart. The bigger library should close and spread those workers to the smaller branches. Maybe ask for more community volunteers or give students credit for working, most of our high school students need to have so many hours of community service.

Remember when fees were forgiven for those who failed to return books checked out? Seems to me there is a lapse in logic and common sense. Crying about budget cuts and lack of funds after forgiving tens of thousands in outstanding fees is ridiculous. Times are tough due, of course, to the COVID nonsense - but it makes it worse when you build yourself a house of cards on an exposed hill on a windy day. I say you get what you get.

I mean just give us a break........"In the face of calls to defund, Bakersfield slated to increase police budget"

here's a thought........ demilitarize the cops and use the saved mula to save the libraries

GPC is right. You are the poster child for MIGA.

Here's a thought - those who spent their stimulus and bonus unemployment on illegal fireworks and weed - pay all that back and give it to the library system. Oooohhhh.

lets not forget all the new tattoos on people in Walmart lines using their EBT cards. It looks like they have plenty of money they can toss to the library.

Demilitarize the cops? How old are you? Five?