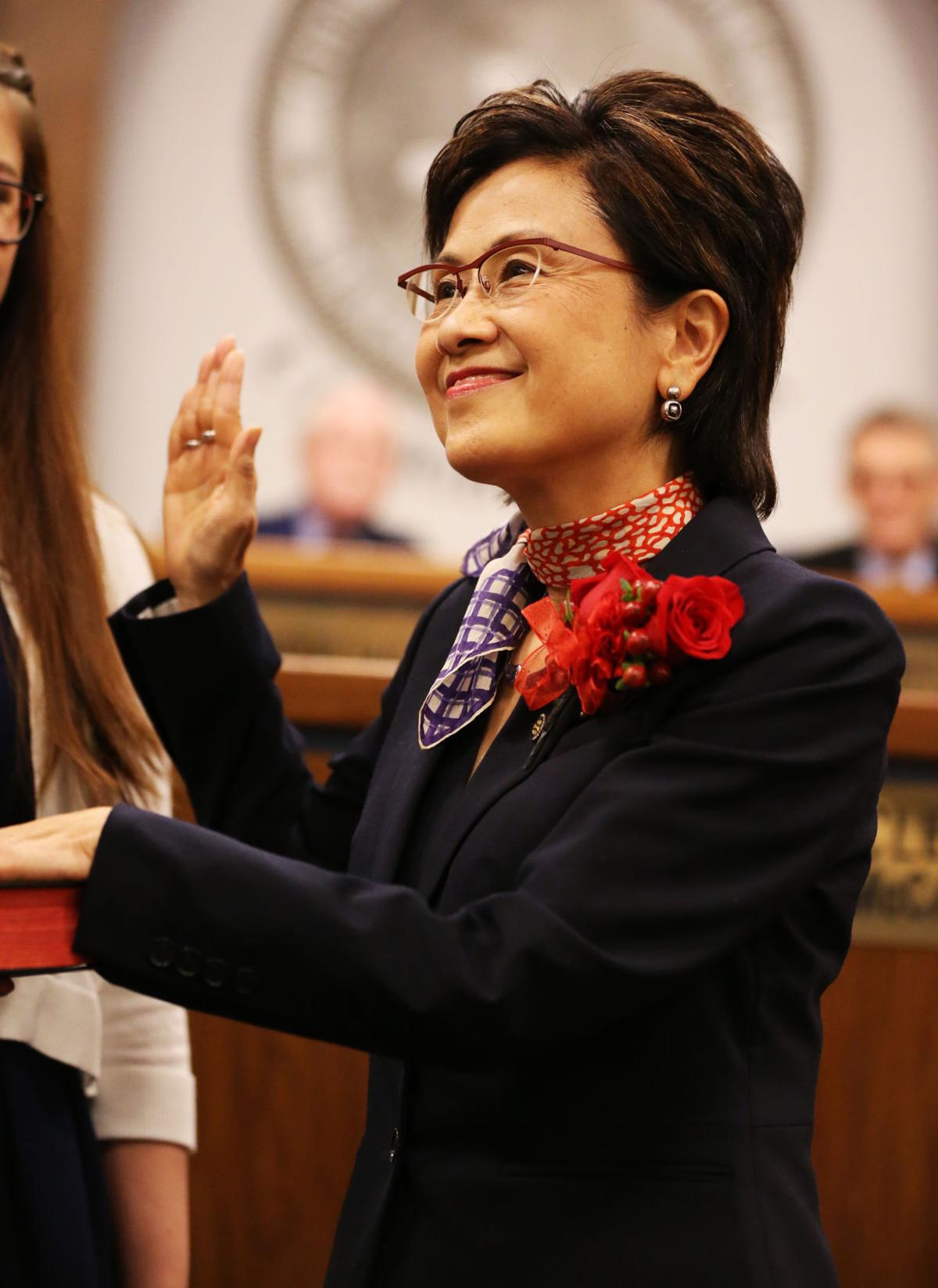 Karen Goh is sworn in as mayor of Bakersfield on Tuesday night at City Council chambers. 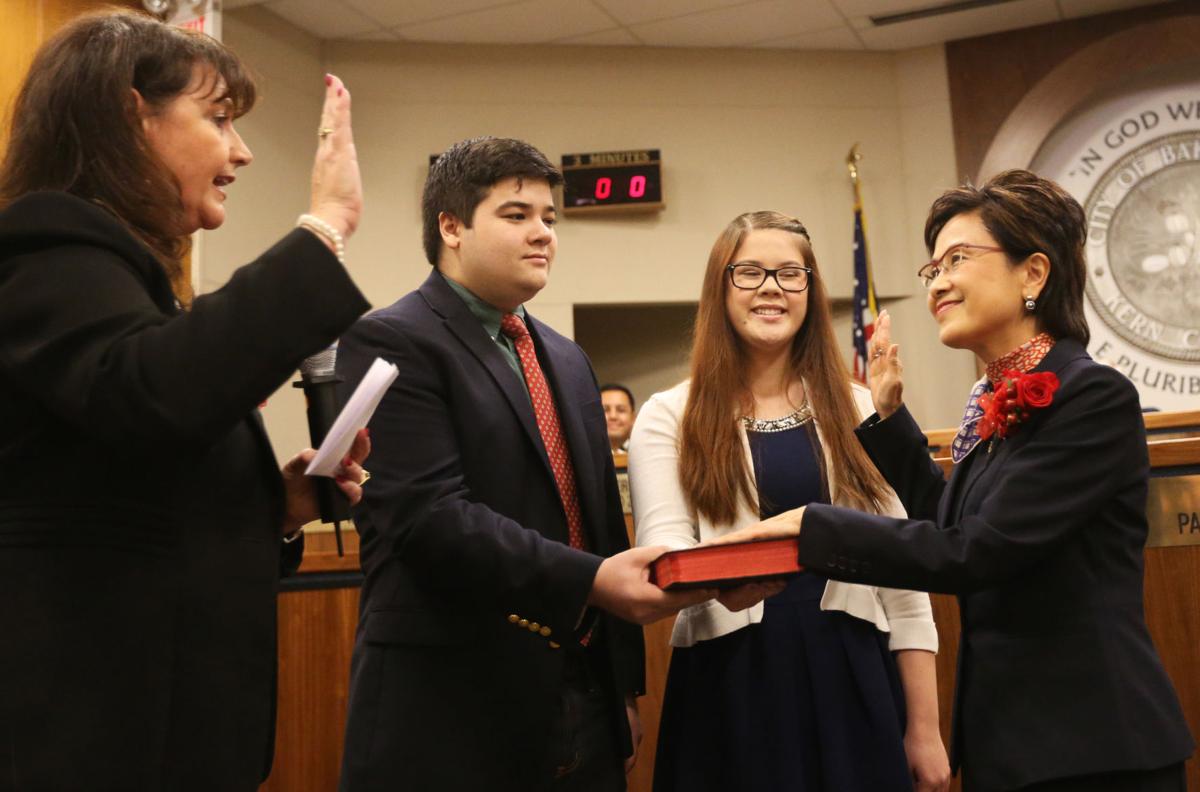 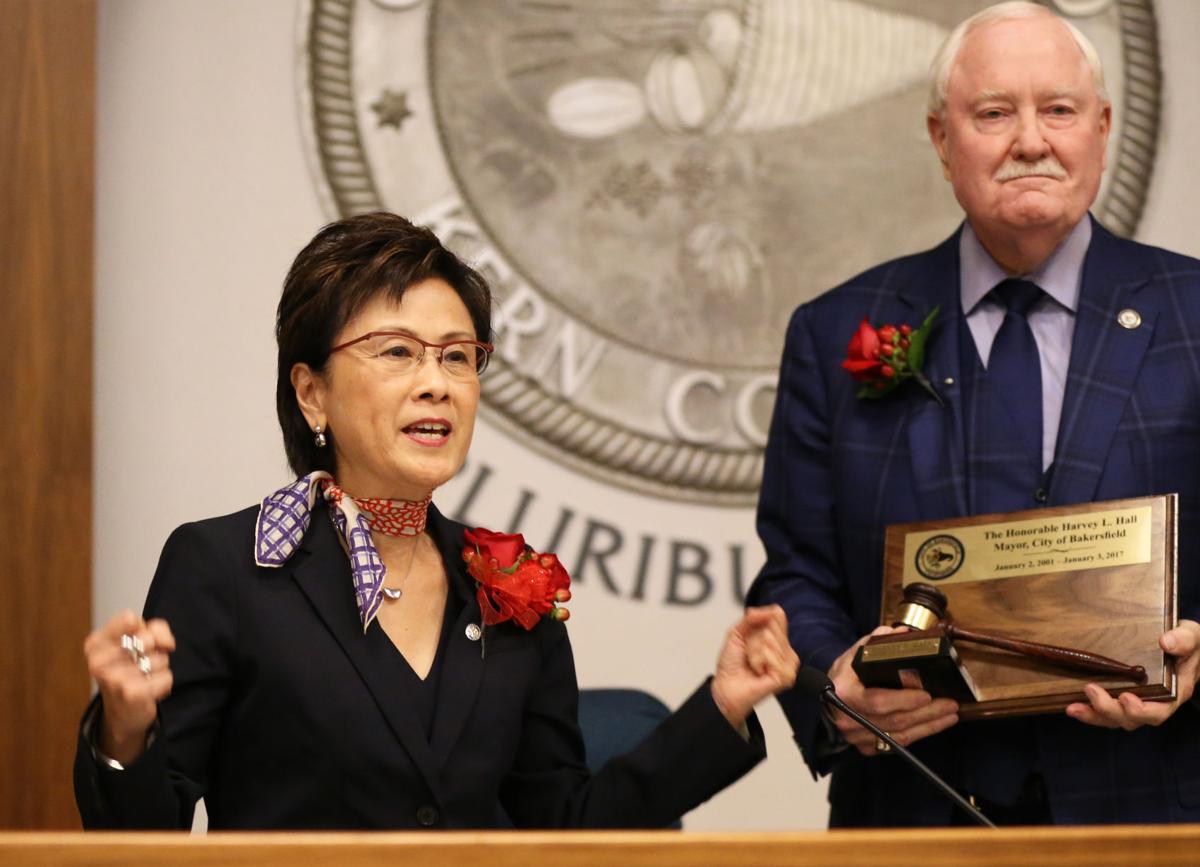 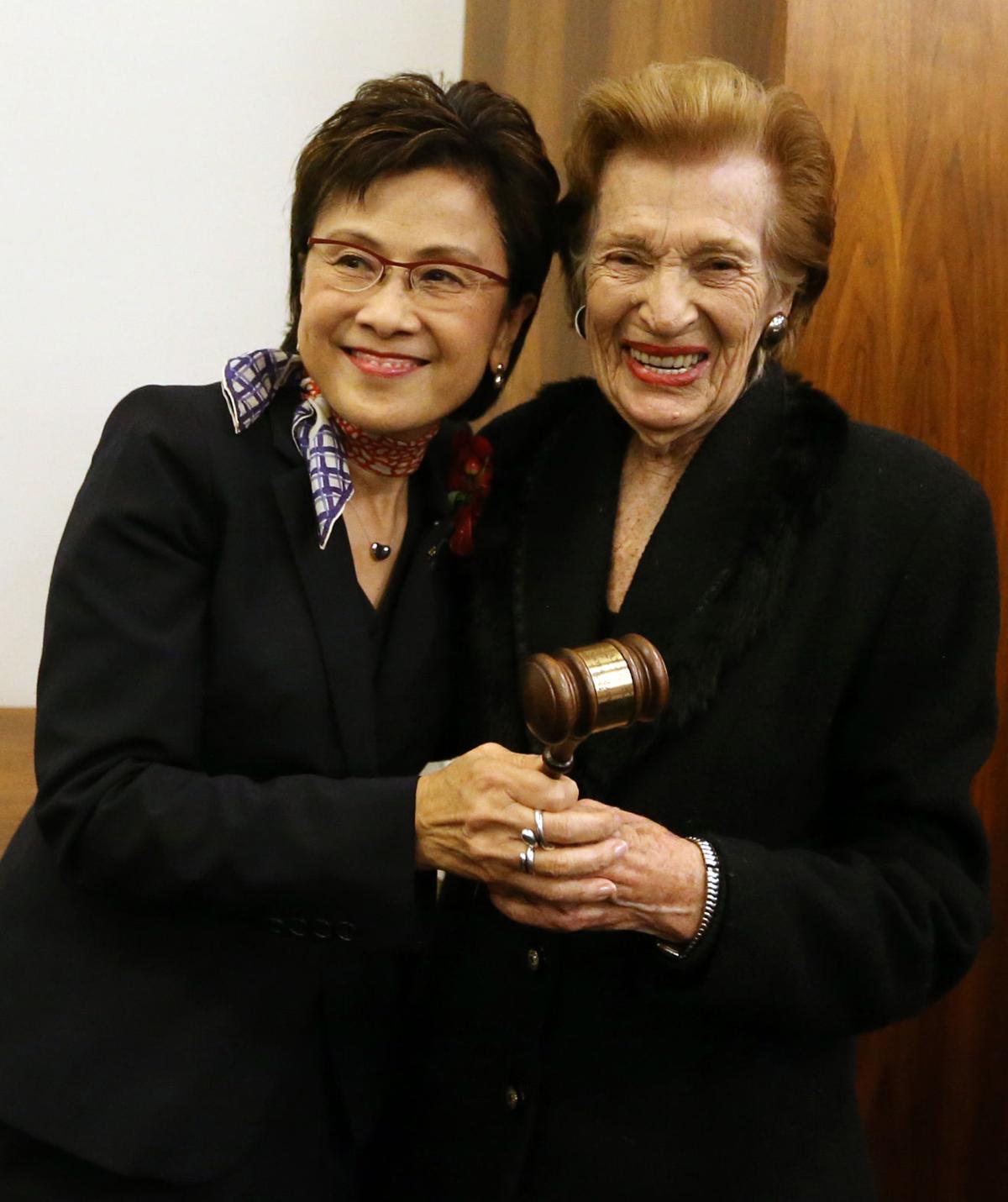 Karen Goh is sworn in as mayor of Bakersfield on Tuesday night at City Council chambers.

It’s been 16 years since a new Bakersfield mayor has taken the gavel — but it happened Tuesday evening when newly elected Karen Goh was sworn in as the 26th mayor of the ninth largest city in California.

Held at Bakersfield City Council chambers before an overflow crowd, the mood seemed to be set by Monsignor Craig Harrison of St. Francis Church, when he asked God’s blessing for both outgoing Mayor Harvey L. Hall and Goh, and then finished his prayer with, “On your mark, get set, Karen Goh!”

Before the new mayor was sworn in, Hall, Bakersfield' s longest-serving ribbon-cutter-in-chief welcomed several special guests, including Mary K. Shell, the first woman to have served as Bakersfield’s mayor, from 1981 to 1985.

“I love this city,” Hall said. “I love the people of this city.”

He noted that his salary — equaling more than a quarter-million dollars over his 16 years of service — was donated to support student scholarships. He said he served 5,846 days as mayor, presided over 362 city council meetings and missed just six meeting during his record four terms.

After Goh was sworn in, Hall shared a few words with his successor off the microphone. And before Hall could make his exit, Goh lauded him for his dedication, his commitment and for being “Bakersfield’s biggest cheerleader.”

While the office of mayor is largely a ceremonial job, the position includes leading City Council meetings, and promoting and increasing "the economic and industrial base of the city" according to the city charter.

The new mayor thanked her parents and members of her extended family, many of whom were present Tuesday.

Goh graduated from Bakersfield High School in 1973, and went on the earn a bachelor' s degree in music at USC. She was teaching music at Bakersfield Christian Life Schools when, at a music conference, she attracted the attention of a representative of what' s now The McGraw-Hill Cos.

Hired as a West Coast per diem consultant for MacMillan Publishers, now part of McGraw-Hill, Goh was invited to its New York headquarters on a temporary assignment to work on a music textbook. Once there, she rose to managing editor and held three vice president positions at the Fortune 500 company. In her final years with McGraw-Hill, from 2000 to 2003, she was in charge of all of the company' s publishing operations.

Upon her return to Bakersfield, she became executive director of Garden Pathways, a nonprofit that provides early childhood and arts education for kids, and mentoring for youth and adults. Since 2013, she' s been its CEO.

As mayor, Goh has said she wants to bring people together from diverse groups and diverse perspectives to help find solutions and generate ideas for the city’s future.

“The road to becoming Mayor has been absolutely incredible,” she said Tuesday. “Im so thoroughly inspired by all of the hardworking citizens who call Bakersfield their home, who have hope for the future, and just love this amazing city.”

And she asked the audience to repeat the words together, “as one.”

She didn’t depart from the common themes of safe streets, clean neighborhoods, a strong local economy and a “revitalized” downtown.

But Goh earned a big laugh when she vowed to listen to advice she solicits — and well as advice that is volunteered.