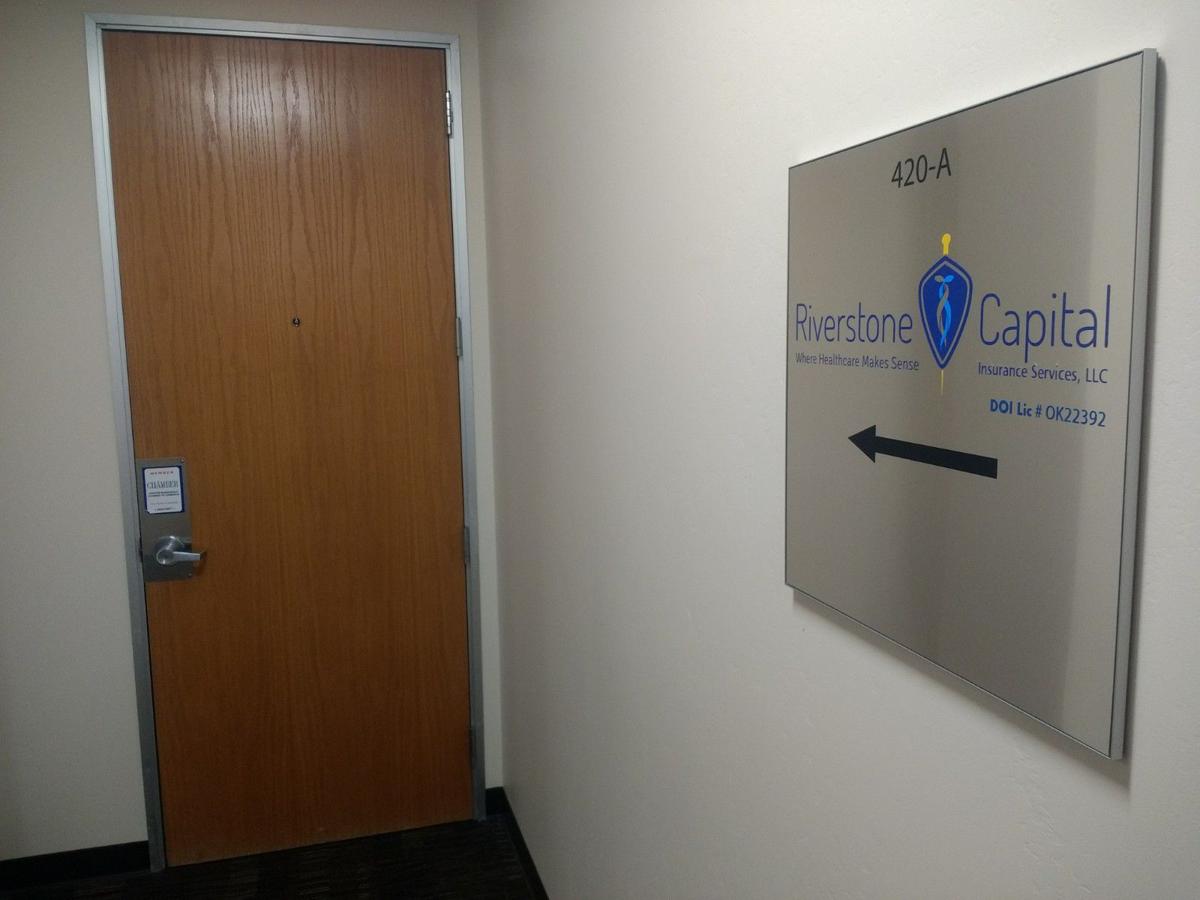 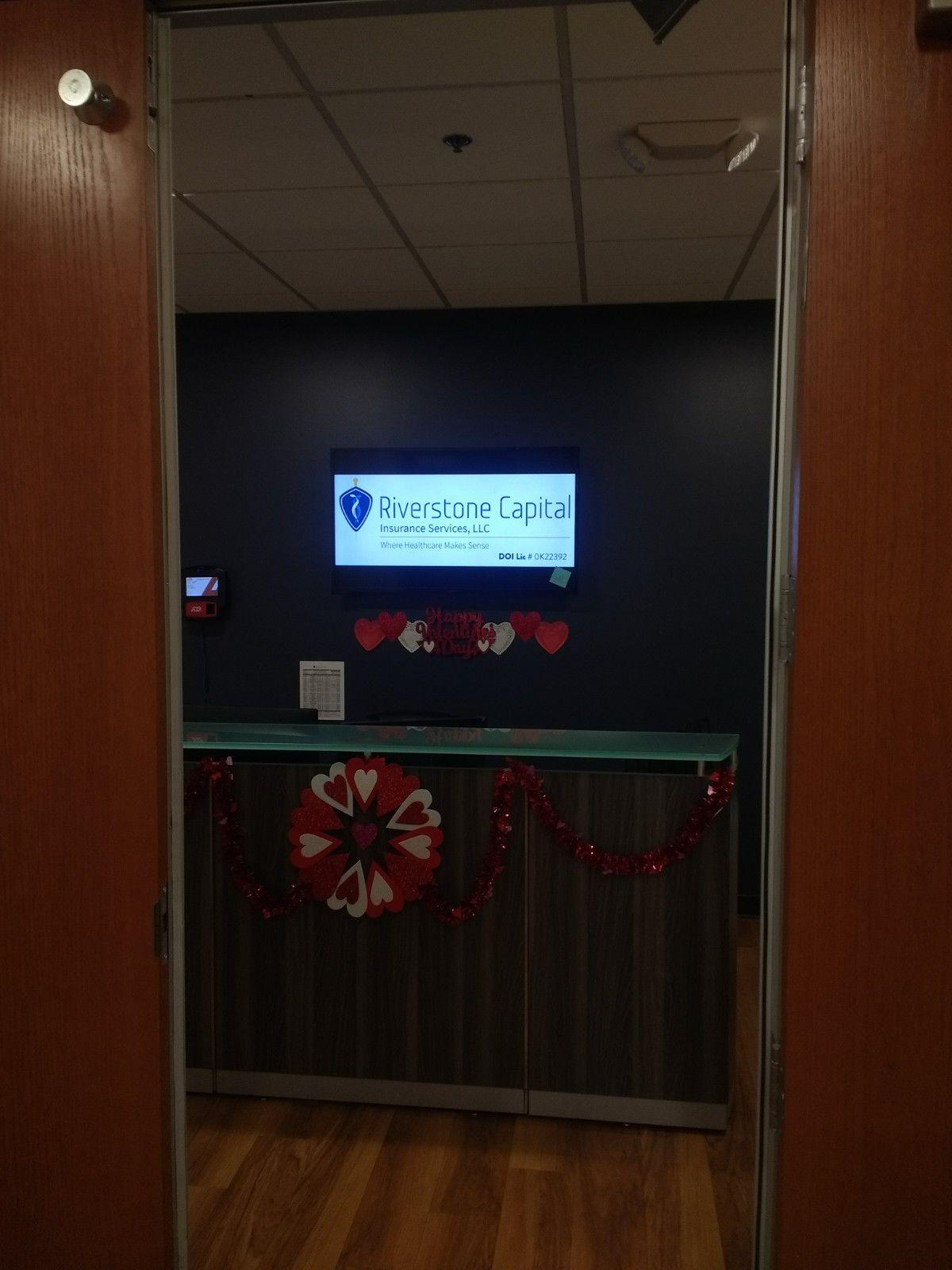 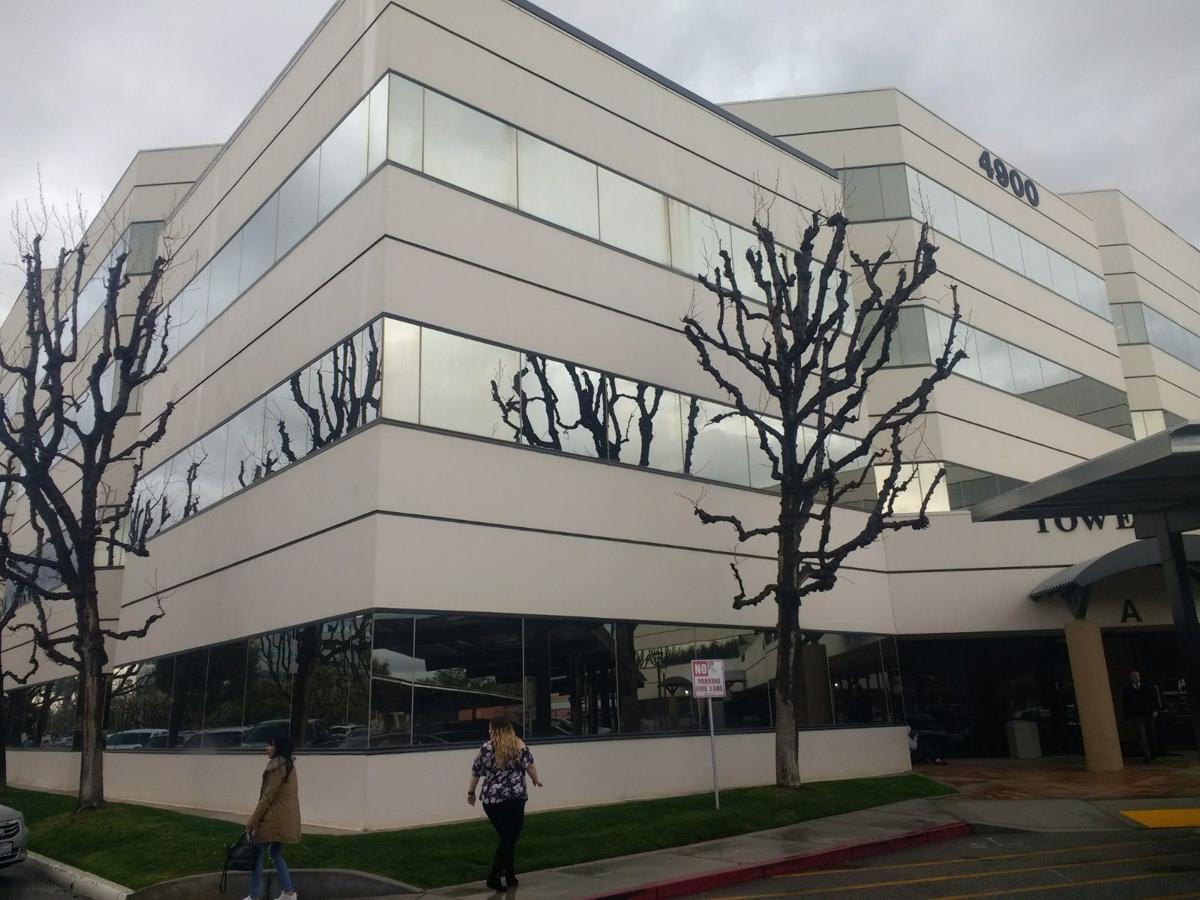 Bakersfield-based health plan operator Riverstone Capital LLC operated on two floors of 4900 California Ave., Tower A. The company has been at least temporarily shut down after federal officials filed a lawsuit Feb. 1 alleging the company's mismanagement put more than 18,000 insurance subscribers at risk. 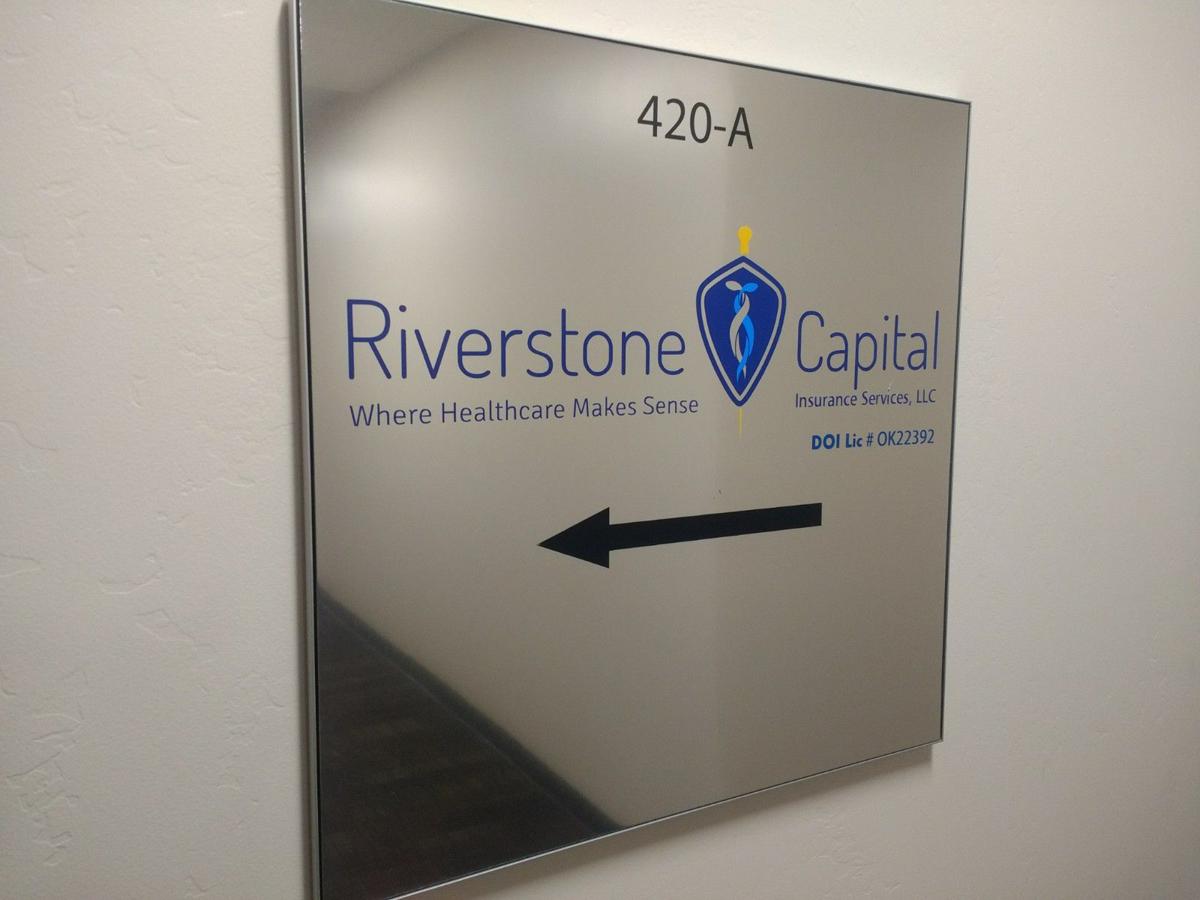 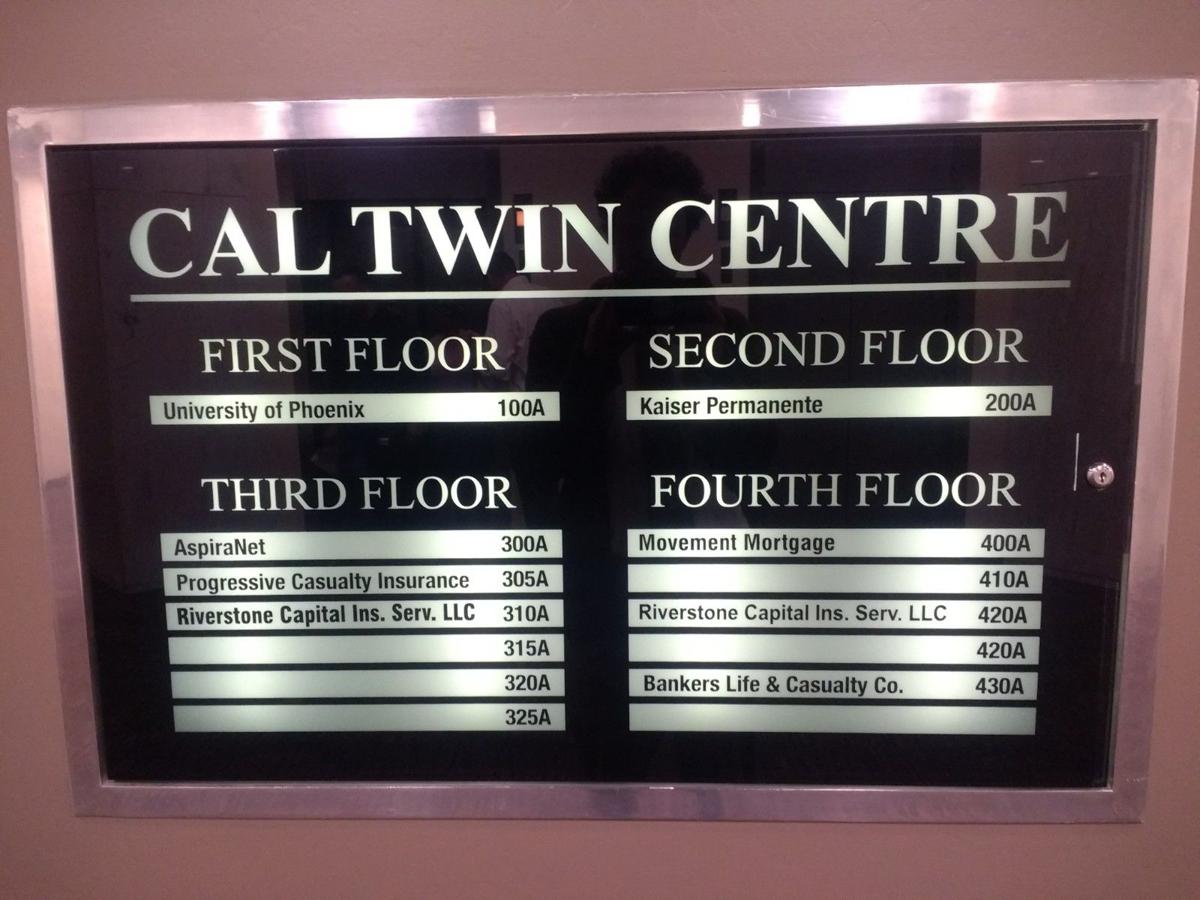 Health plan operator Riverstone Capital LLC, which has operated on two floors at 4900 California Ave., Tower !, has been at least temporarily shut down after federal officials filed a lawsuit Feb. 1 alleging the company's mismanagement put more than 18,000 insurance subscribers at risk. 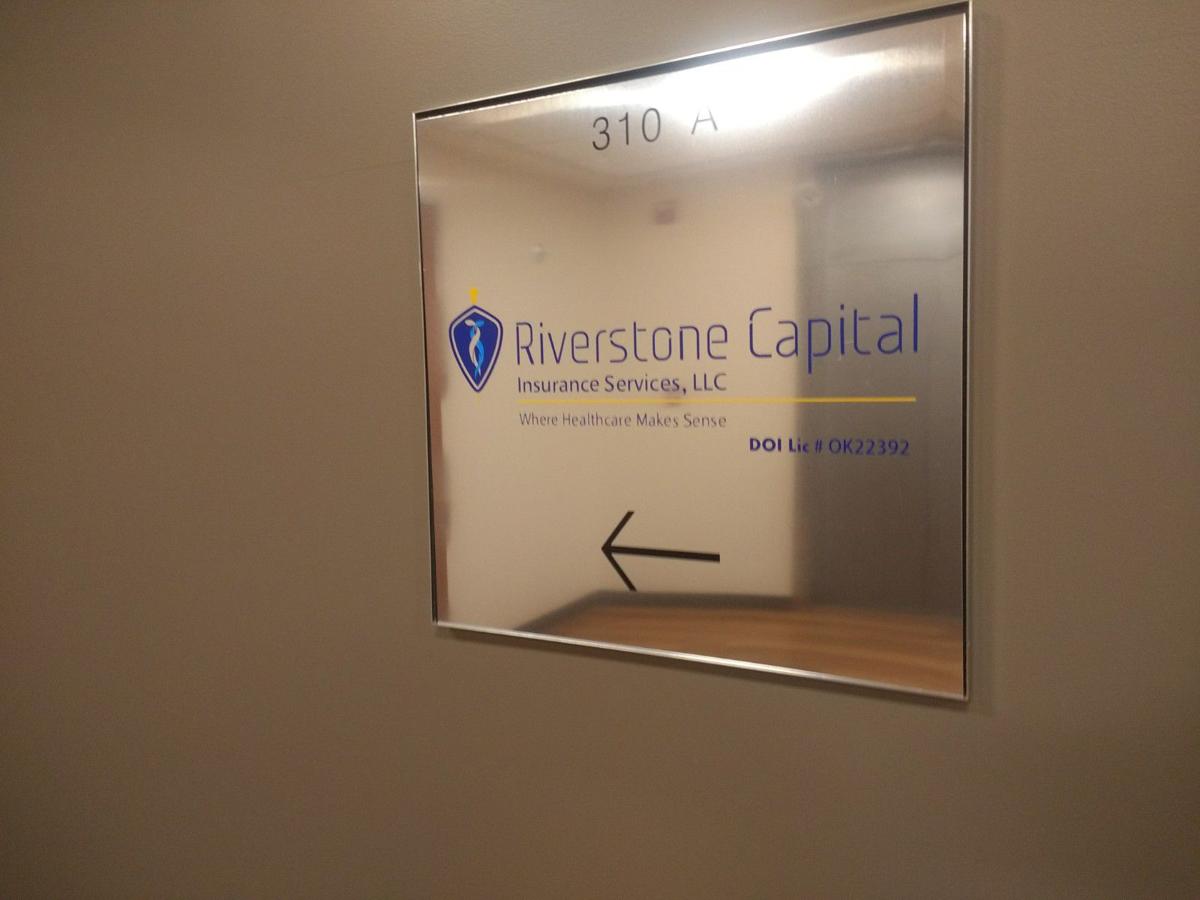 Bakersfield-based health plan operator Riverstone Capital LLC operated on two floors of 4900 California Ave., Tower A. The company has been at least temporarily shut down after federal officials filed a lawsuit Feb. 1 alleging the company's mismanagement put more than 18,000 insurance subscribers at risk.

Health plan operator Riverstone Capital LLC, which has operated on two floors at 4900 California Ave., Tower !, has been at least temporarily shut down after federal officials filed a lawsuit Feb. 1 alleging the company's mismanagement put more than 18,000 insurance subscribers at risk.

A federal judge all but shut down a Bakersfield-based health-plan operator after a lawsuit filed earlier this month by the U.S. Department of Labor accused the company of operating a sham insurance company that allegedly put thousands of insurance subscribers at risk of not getting the medical coverage they paid for.

A temporary restraining order issued Feb. 7 by U.S. District Judge Michael W. Fitzgerald froze the assets of defendants Riverstone Capital LLC, Nexgen Insurance Services Inc. and NGI Brokerage Services Inc. It also appointed a receiver to perform a full accounting of the company's operations, attend to the most urgent medical claims and pay out approved bills "to the extent feasible."

First registered in early 2014, Riverstone was ostensibly providing health coverage to 18,687 employees enrolled in 119 different medical plans. Those enrollees worked in a wide variety of industries in California and 12 other states, according to the agency's Feb. 1 lawsuit.

The companies and four individual defendants — company officials Travis O. Bugli, Robert Clarke, James C. Kelly and Erik Manqueros — now have until March 7 to show the court why a longer-term preliminary injunction should not be put in place to protect subscribers to their health plans.

Bugli, reached Thursday at the company's headquarters, said Riverstone agreed to the temporary restraining order with the intent of protecting members of its health plans.

"Riverstone Capital is doing everything in its power to cooperate and assist with the Department of Labor," he said, adding the company has not yet hired legal counsel.

The Modesto Bee reported Wednesday that Bugli left a telling voicemail intended for an agency lawyer but actually left with a reporter at the newspaper. It said Riverstone has laid off its employees and is considering filing for bankruptcy protection. Speaking later to The Californian, Bugli declined to address on the record whether the company will file for bankruptcy.

Riverstone operated on two floors of an office tower at 4900 California Ave. Furniture is marked for sale in some of its offices. In its halls are painted various quotes by Steve Jobs, the late co-founder of Apple Inc.

One of the lawsuit's key contentions is that Riverstone inappropriately commingled the various plans' accounts, such that premiums that were supposed to be paid into separate funds were lumped into a single account. When the company's aggressively low premium prices proved inadequate to cover medical claims, federal officials allege, the company had to decide which claims to pay and which to neglect.

The result was that many subscribers' credit scores suffered as their bills went into collection, according to the lawsuit. In some cases, medical care providers refused to treat some plan subscribers because of outstanding account balances.

The lawsuit says more than $24 million in processed claims were unpaid as of Dec. 27. At the time, the company was only bringing in $4 million to $6 million per month in premiums.

Profit-and-loss statements referenced in the lawsuit indicate 34 of 81 employer customers of Riverstone were running a negative balance during the first three quarters of 2018.

"Based on the ever-growing backlog of unpaid claims, and the continual payment of excessive fees, (Riverstone) will not be able to pay all outstanding and future claims and is on the verge of collapse," the suit states.

The company also failed to have its health plans' insurance risk rated and approved by an actuary, the lawsuit states. It says the company sometimes agreed to lock in low premium rates for several years, further reducing chances the company's financial reserves would be sufficient to pay subscribers' medical claims.

Compounding this risk, according to the lawsuit, was the company's practice of charging "exorbitant" management fees amounting to 20 percent of a premium. The suit says these fees were not disclosed until recently to employers participating in the health plans. Together with fees paid to brokers and others, these charges accounted for as much as 45 percent of premiums collected from participating employers.

Short on revenue from premiums, the company took out seven loans for a total of $3.7 million between April 2018 and January 2019, according to the lawsuit.

The lawsuit asks the judge to force the defendants to restore customers' financial losses, reimburse all fees to the court-appointed receiver and disgorge any ill-gotten gains earned in connection with the alleged violations.

Nothing short of prison for these yahoos