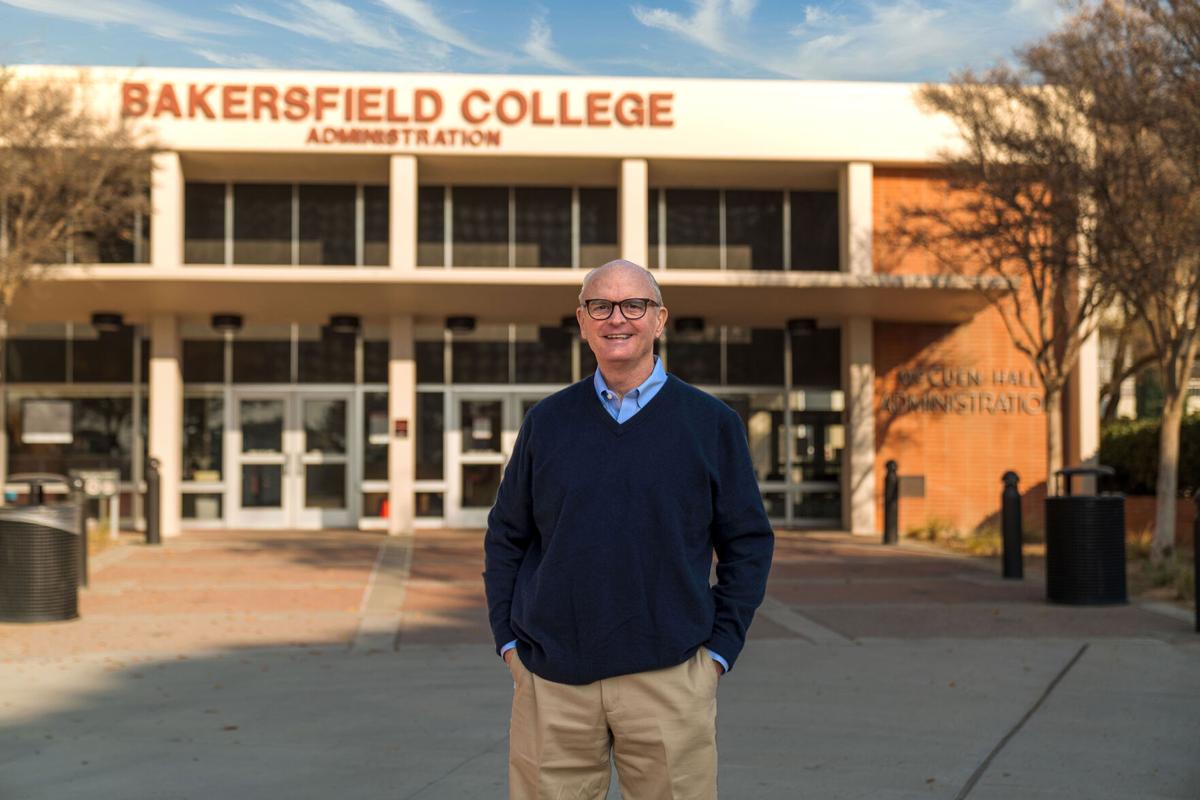 Means_Main Courtesy of John Means John Means, vice chancellor of the Kern Community College District, is one of five Cal State Bakersfield alumnus being inducted into the 2021 CSUB Alumni Hall of Fame in February. 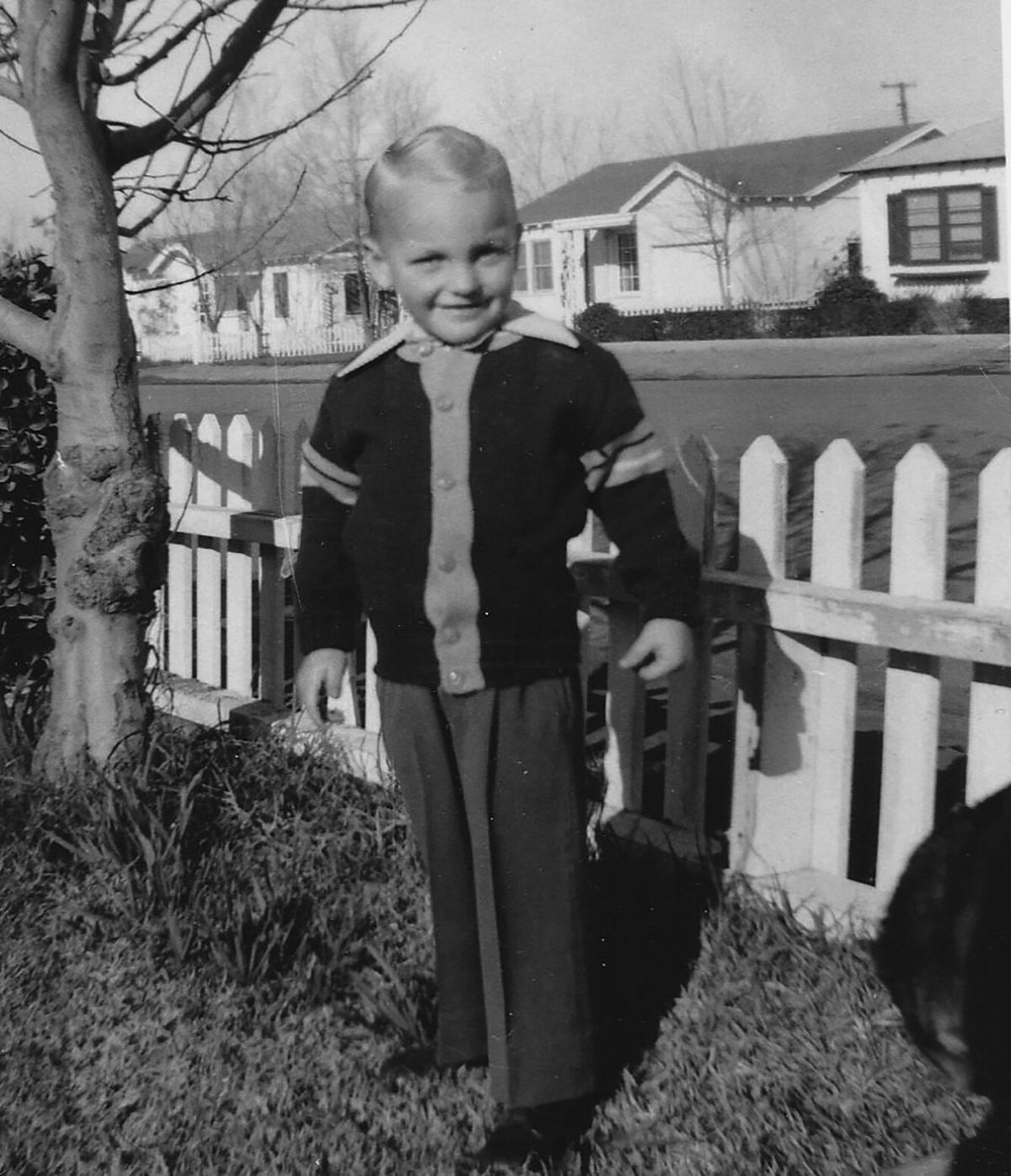 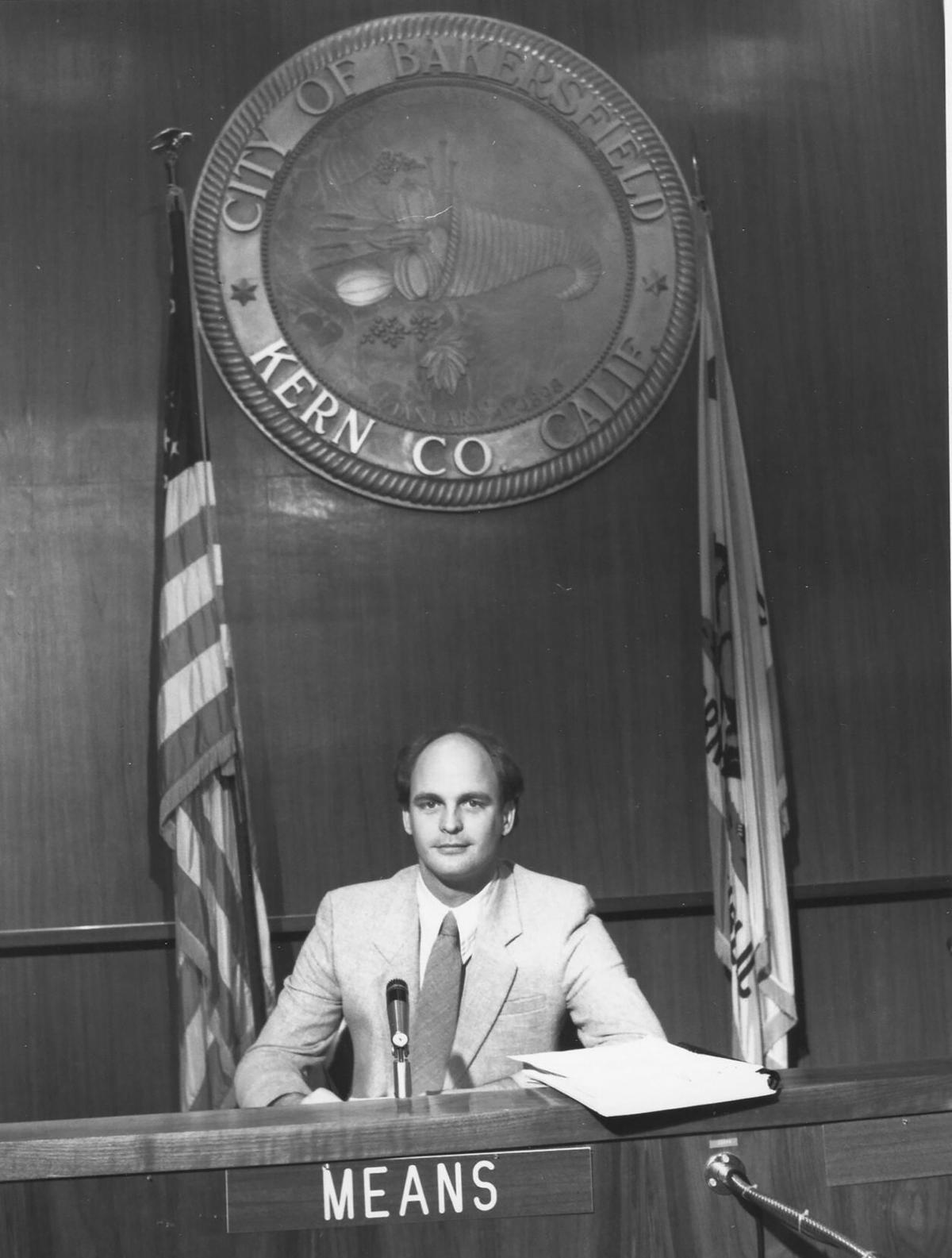 John Means represented Ward 5 on the Bakersfield City Council from 1979 to 1984. 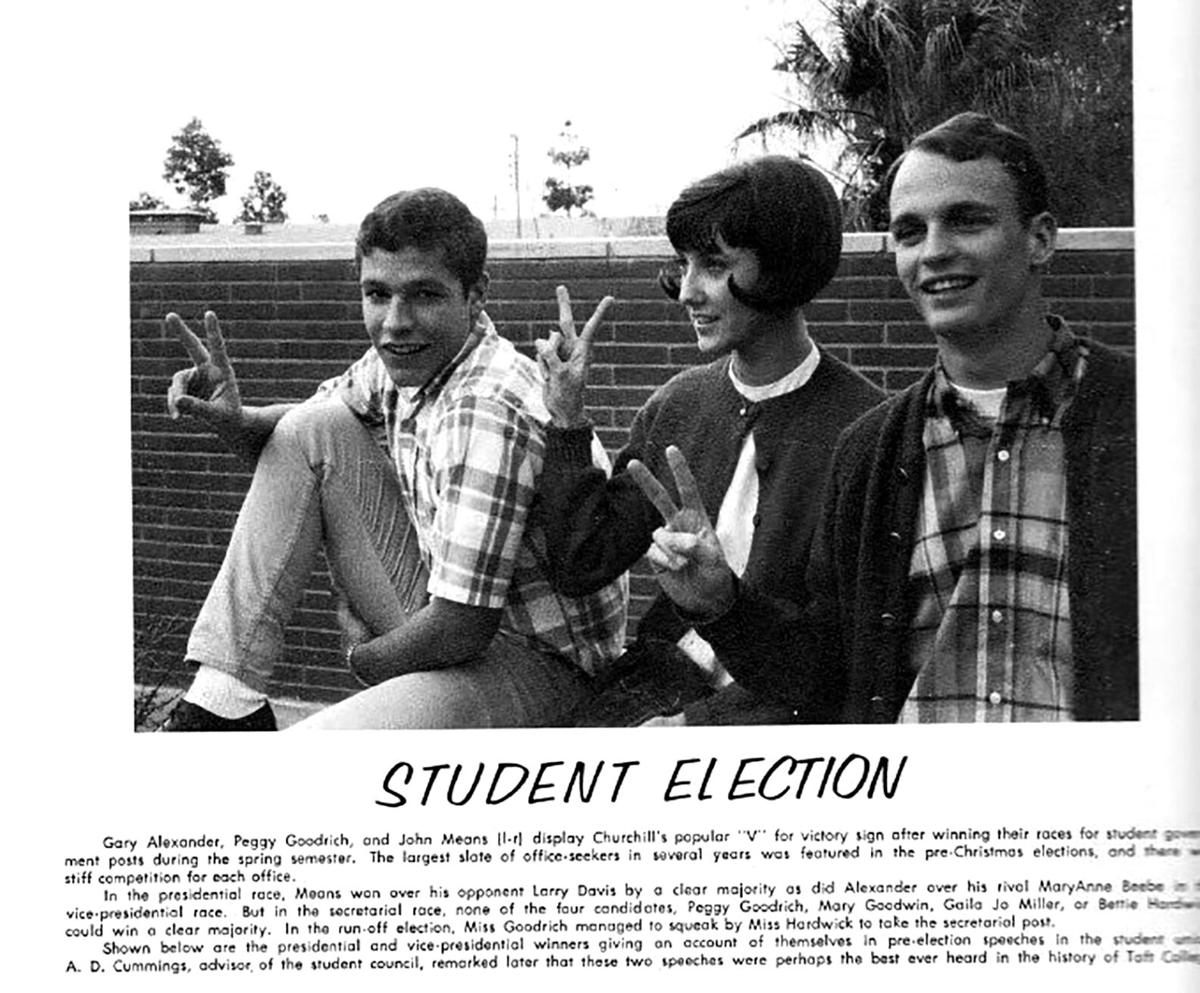 John Means' political career started in school, where he was class president at Taft Union High School and Taft College. He is seen here, at right, flashing a victory sign after his Taft College win. 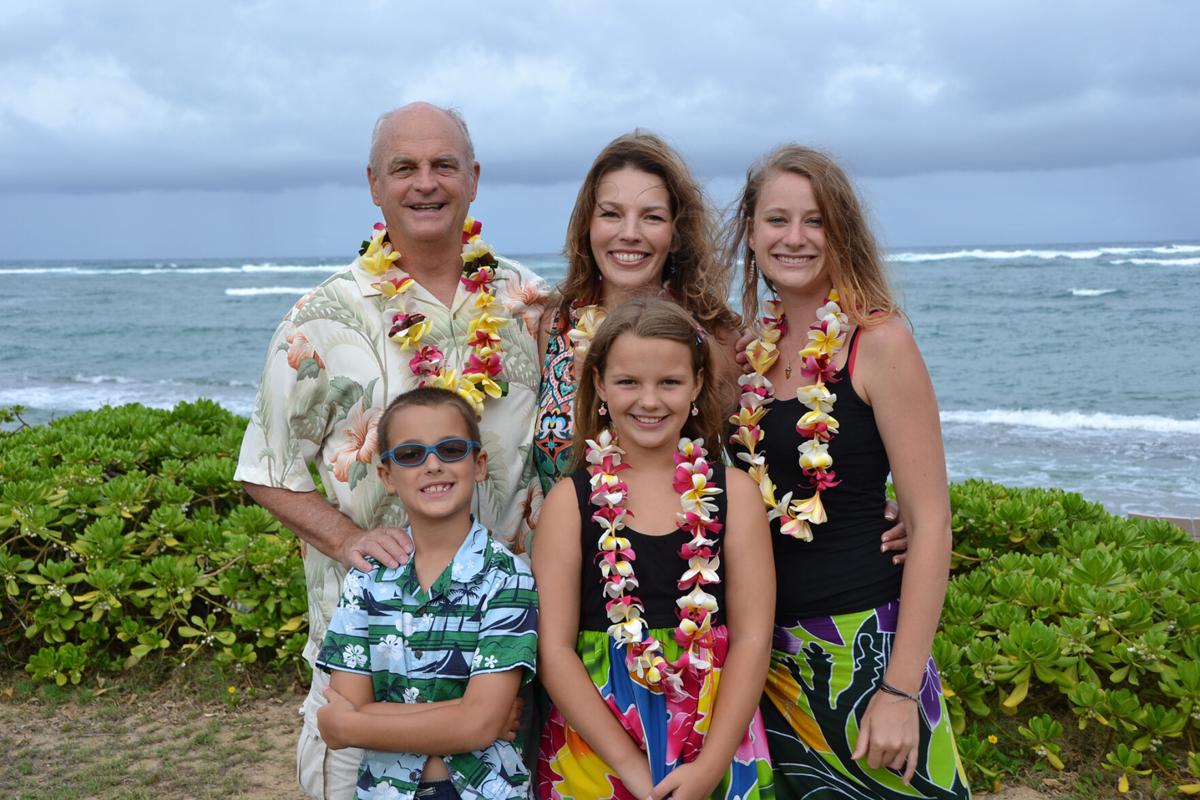 The Means family — in front. Ethan and Esteli; in back, John and Julie Means and Melissa Ayoub — on vacation in Hawaii in 2016. 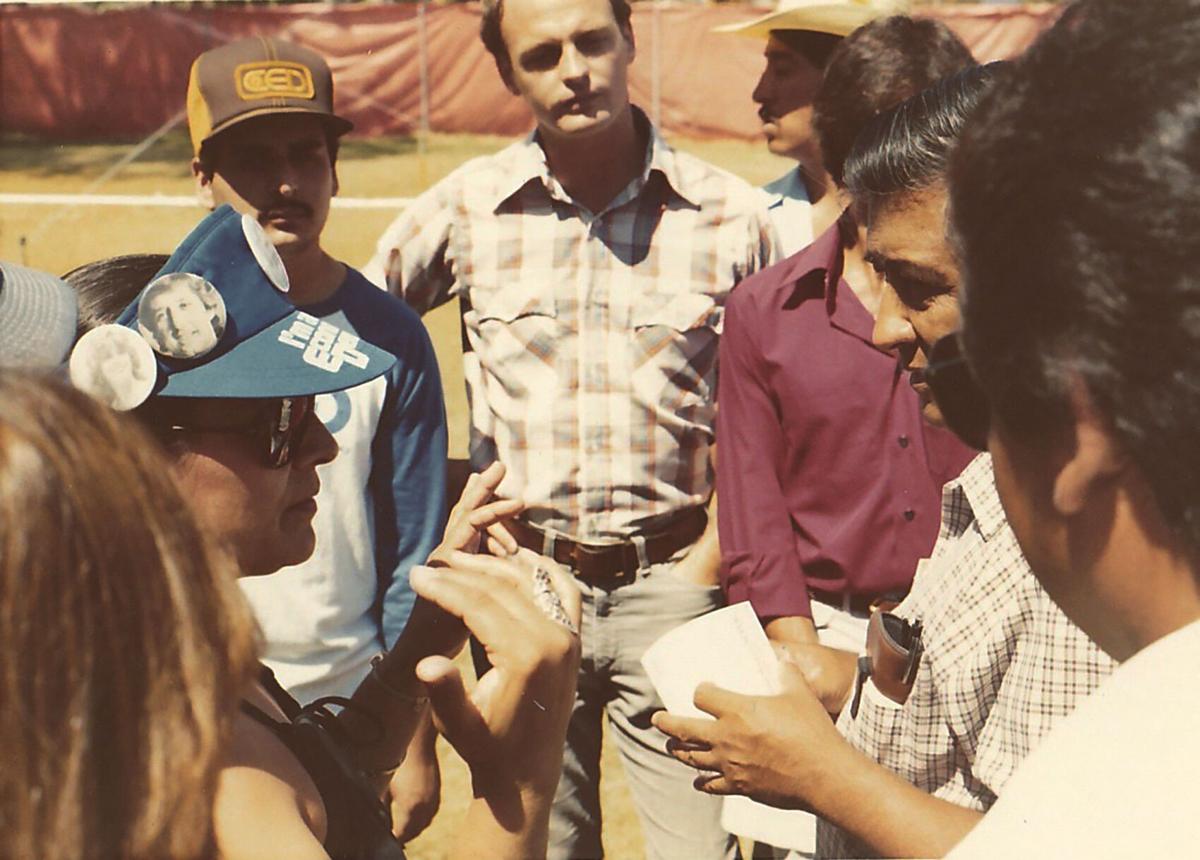 In this circa 1977 photo, John Means and a group of supporters take food and water to UFW co-founder Cesar Chavez, right, and farmworkers on picket lines. 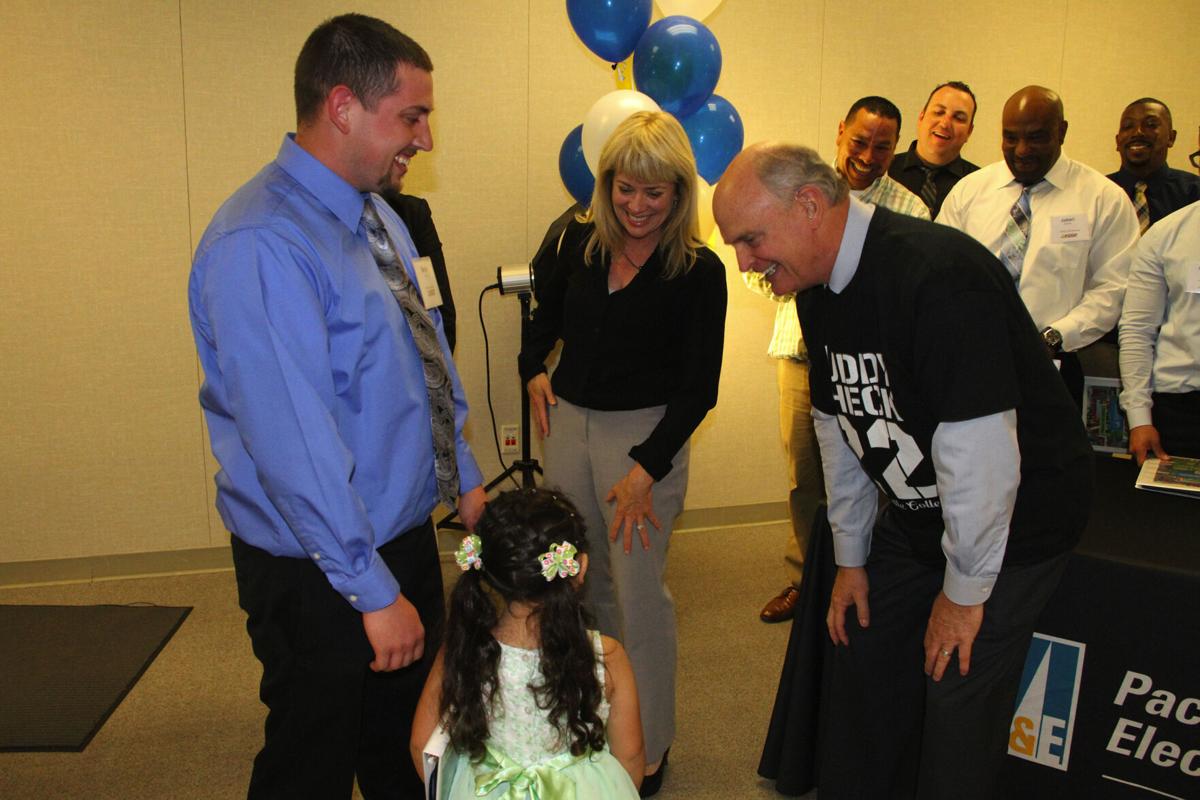 John Means attends a graduation ceremony for students of the Kern Community College District's Clean Energy Center, which trains people for jobs in the wind and solar industry. Here he is with a student and his daughter. 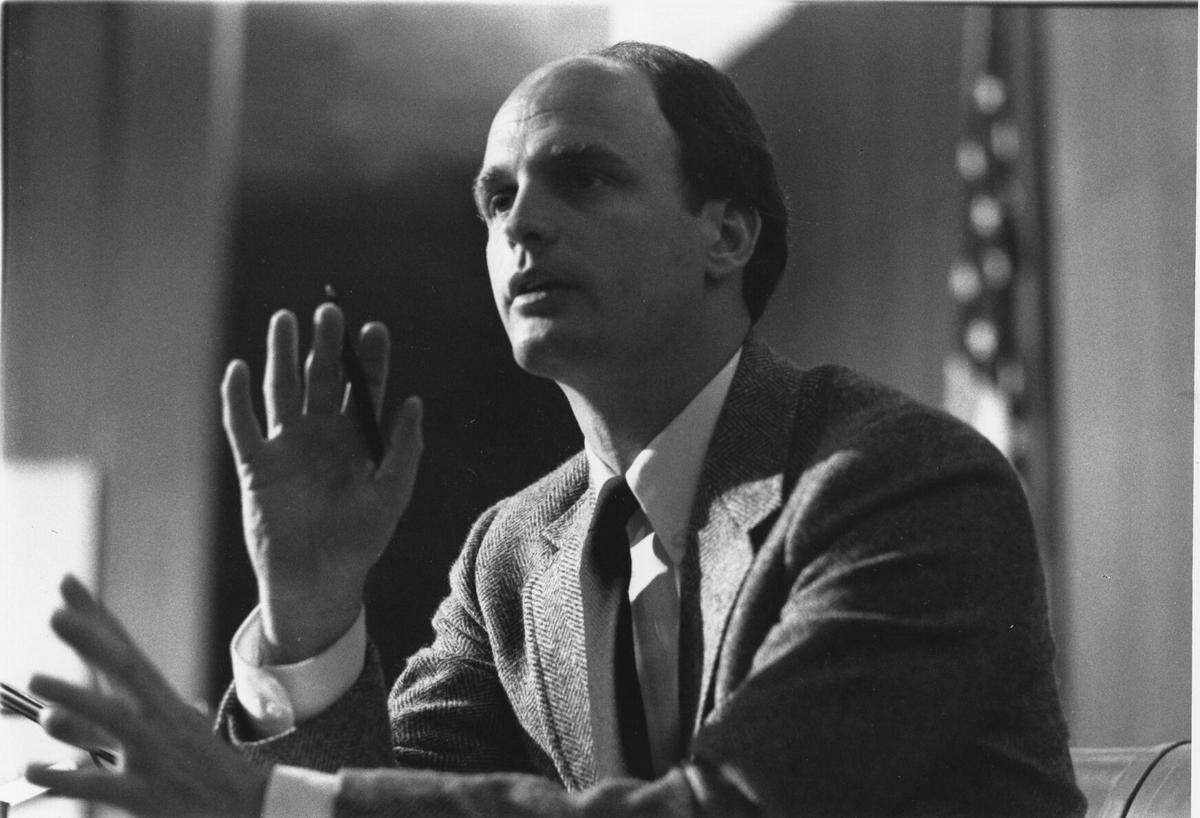 John Means during his 1982 bid for the state Assembly. 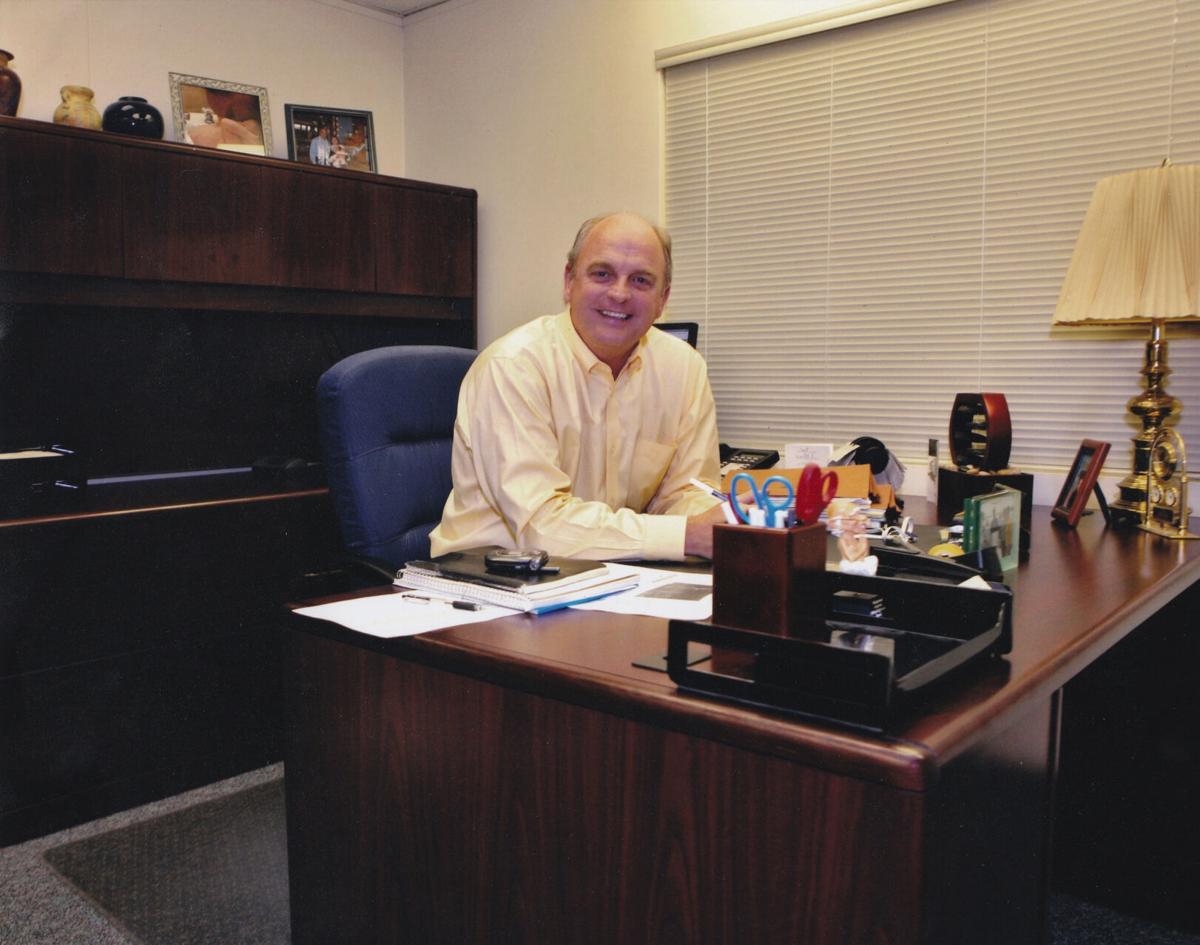 John Means was dean of the Community Advancement and Business Training Center at El Camino College in Hawthorne from 2002 to 2008.

Means_Main Courtesy of John Means John Means, vice chancellor of the Kern Community College District, is one of five Cal State Bakersfield alumnus being inducted into the 2021 CSUB Alumni Hall of Fame in February.

John Means represented Ward 5 on the Bakersfield City Council from 1979 to 1984.

John Means' political career started in school, where he was class president at Taft Union High School and Taft College. He is seen here, at right, flashing a victory sign after his Taft College win.

The Means family — in front. Ethan and Esteli; in back, John and Julie Means and Melissa Ayoub — on vacation in Hawaii in 2016.

In this circa 1977 photo, John Means and a group of supporters take food and water to UFW co-founder Cesar Chavez, right, and farmworkers on picket lines.

John Means attends a graduation ceremony for students of the Kern Community College District's Clean Energy Center, which trains people for jobs in the wind and solar industry. Here he is with a student and his daughter.

John Means during his 1982 bid for the state Assembly.

John Means was dean of the Community Advancement and Business Training Center at El Camino College in Hawthorne from 2002 to 2008.

John Means has always been ahead of the times.

At Bakersfield College he opened the valley’s first center for mainstreaming developmentally disabled children, believing all kids can learn from one another.

On the Bakersfield City Council he fought for clean water, against toxic waste and for green energy projects — all radical concepts at the time.

He’s championed vocational ed programs — especially for minorities and women — and dual enrollment ones that give high schoolers a head start on college.

Today as vice chancellor of the Kern Community College District, Means is standardizing curriculum among the district’s three campuses and helping its students transfer to CSUB, all to produce more college graduates for the valley.

“He was willing to compromise, but he wasn’t willing to walk away from his ideals,” longtime friend Steve Schilling said of Means’ successes fighting for the environment, equity and opportunity.

“Quietly, slowly and methodically, he’s been able to win allies and help all of us march toward the same combination of goals.”

All these attributes made him a perfect candidate for Cal State Bakersfield's 2021 Alumni Hall of Fame. Means and four other CSUB alumni will be honored at a virtual ceremony on Feb. 20.

A boy from Taft

Means and his younger brother of 14 months learned the values of hard work and treating others with respect from their parents growing up in Taft. His father worked in the oil fields, his mother in their home. His dad’s idea of sleeping in on the weekends was getting up at 5:30 a.m. instead of 5.

The family didn’t have much money, Means said, but he never went without.

“My dad wasn’t politically active or anything, but he had good basic, human values,” Means said. “Both my mom and dad were about treating people with kindness, being nonjudgmental.”

Means was both a rabble-rouser and a leader at Taft Union High School, once getting in trouble for pranking a substitute teacher but also breaking records on the swim team and serving as senior class president.

“He was a BMOC (big man on campus),” said Stephanie Thiessen, who has been friends with Means since high school. “He was friendly and a leader, even at 16 or 17 years old. You could see it.”

Neither of Means’ parents made it past high school, so Taft College counselor Fenton Feeney taught him how to fill out an application and enroll in classes. Means knew then and there that’s what he wanted to do professionally.

“I’m not atypical,” he said. “When I go to different seminars and workshops with educators, somebody will ask how many people were influenced by a counselor or faculty member. At least half the crowd will raise their hands.”

Means followed up his AA from Taft with a bachelor’s degree in sociology from Cal State Long Beach in 1970. He paid his way working graveyard shifts at an oil refinery.

Attracted to the opportunity to work on campus, Means enrolled in CSUB’s new master’s in clinical psychology program. In what would not be his last attempt to challenge the system, Means tried to form a student government outside the auspices of student affairs.

The effort was “not welcomed” by CSUB administrators, and failed.

Means parlayed his 1975 CSUB master’s degree into a director position with the Kern View Mental Health Center, where he provided continuing education and training programs out in the community. It’s where he first connected with some of the “allies” Schilling referred to, including him at Clinica Sierra Vista, a chain of community health centers, and Cesar Chavez and Dolores Huerta at the United Farm Workers union, with whom he brought classes to farmworkers.

When parents came to him concerned that their children were flapping their arms and spinning dishes — mimicking the behavior of autistic children — Means assured them it was a good thing.

“I would say, ‘Well, that was a great experience for the kids,’” Means said. “That’s the whole purpose of mainstreaming, that you get interaction among all different types of students.”

People encouraged Means to make an even bigger community impact through elected office and in 1979 he challenged incumbent Bakersfield City Councilman Clarence Meadors. He knocked on the door of every registered voter in Ward 5 and won.

Means helped secure some of the initial funding for the Kern River Bike Path and worked with a statewide group of local elected leaders on legislation creating the initial tax credits for wind and solar projects.

He also advocated for stronger discharge rules when toxic waste seeped into the water wells of local ranchers, causing cows and chickens to be born deformed, and bottled water for Norris School District children whose tap water was contaminated with pesticides.

Means also got involved with the state Democratic Party, helping change the rules to make it easier for grassroots party members, not just big donors, to get selected as a convention delegate.

In 1982, Means ran against Republican Don Rogers for the state Assembly. Opponents published brochures tying Means to Chavez and then-Assembly Speaker Willie Brown, and calling him a communist. Even some Democrats distanced themselves from him, Means said.

“It was tough at the time because anyone running for local office would just say they’re running because they want to stop John Means and the communists from taking over Bakersfield,” he joked.

Means lost to Rogers by less than 2 percentage points. He decided against running for a second council term, tired of the nastiness and fundraising focus of politics.

“It was such an embittering campaign,” Thiessen said of the Assembly race. “I think he realized there were things he could do that were more positive.”

Throughout the 1980s and early 1990s, Means worked as a consultant to the Kern High School District and private businesses on the development of training programs. But his heart was in even broader community workforce development and so returned to Bakersfield College as director of its Workplace Learning Resource Center and Community Education.

The college provided, for example, basic English and math lessons to farmworkers and frontline-supervisor training to packing shed employees. “It’s all about giving people the tools they need to earn a living wage,” Means said.

In 2002 Means took his talents down to El Camino College in the South Bay, serving as dean of community advancement and the Business Training Center. He partnered with area high schools to graduate more teens from their campuses and move them into career tech programs if they weren’t headed for universities.

He also insisted that more young women and minorities be enrolled, once threatening to pull an administrator’s funding if he didn’t get their numbers up.

In 2008, Means took on a newly created position with the three-campus Kern Community College District: associate vice chancellor of economic and workforce development.

At the time, there was no rhyme or reason to the allocation of vocational education funding, said Bill Henry, who was then a dean at Porterville College and later became president. Means again insisted money go to initiatives targeting underrepresented groups, and held deans accountable for success.

Henry wasn’t just impressed with what Means did but how he did it, meeting with deans collectively and individually, driving up to Porterville and over to Ridgecrest.

“He did that to get the buy-in,” Henry said. “It wasn’t an authoritative-type conversation, it was a dialogue. It was, ‘This is what I’m thinking, what are your thoughts?’”

Means also pioneered a dual enrollment program that allowed high school students to take classes that earned both high school and community college credit. Course enrollment has grown from 1,452 full-time equivalent students in 2014-15 to 9,431 in 2019-20, according to the college district.

“Our enrollment numbers grew, our success rates for individual students grew,” Henry said. “At one of my commencements as president, we had half a dozen students from one of the local high schools graduate with their AA before they graduated with their high school degree.”

Means ascended to vice chancellor in 2018 and is credited with improving collaboration among the three colleges’ vice presidents and leading the district’s leadership academy, accessibility task force and legislative advocacy.

A district Clean Energy Center that he secured millions for has trained 850 unemployed people, including veterans and farmworkers, to become wind and solar technicians. Its job placement rate is 80 percent.

“He has a way of bringing people together for a common goal, and getting it done,” Burke said. “He has a way of cutting through angst and conflict, and bringing it to constructive resolution.”

Means and his wife, Julie, met while she was working at Bakersfield College, and they married in 2004. Their daughter Estelí, named after a town in Nicaragua that Means visited on a humanitarian trip, is 14 and a volleyball star. Their son, Ethan, is 11 and Means’ fishing buddy.

Julie and John unofficially adopted Melissa Ayoub when she was a junior in high school and had challenges with her parents. Means walked Ayoub, now 28 and a nurse in San Luis Obispo, down the aisle in August.

Julie Means described her husband as a very involved father who goes to all the sporting events and awards ceremonies for his kids. They like to camp, head over to the beach and up into the mountains.

“He’s a wonderful dad,” Julie Means said. “He changed all the diapers. I didn’t change diapers when he was home, and that’s not typically true with his generation.

“John is very much a feminist,” she added. “Being his partner is easy.”