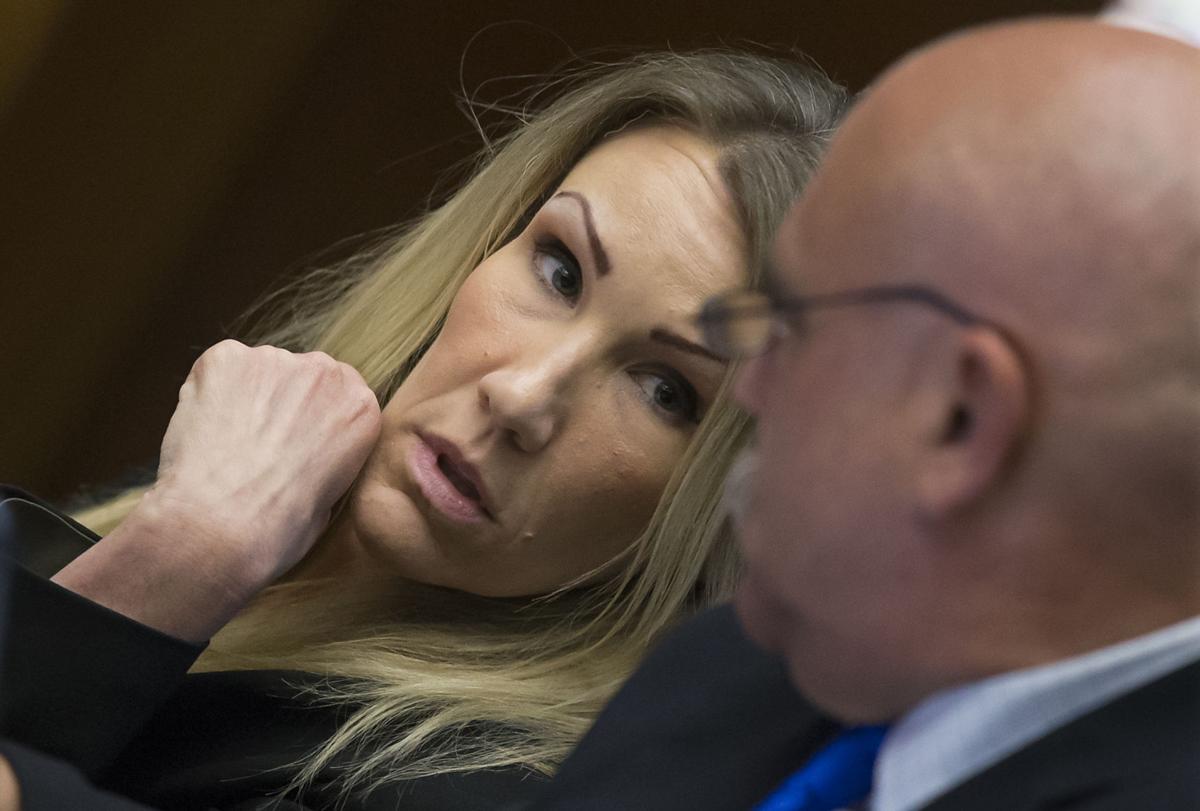 Sabrina Limon confers with her attorney, Richard Terry, during the testimony of her former lover, Jonathan Hearn. 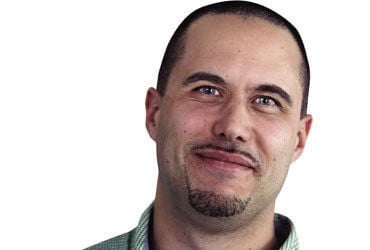 In five days, the murder trial of Sabrina Limon has featured accusations of a wild swingers group; testimony regarding a long-term, torrid affair between Limon and her firefighter lover; details of an aborted plot to poison Limon's husband with banana pudding; and a graphic retelling of how the lover gunned her husband down in a Tehachapi railway yard.

In other words, there's been a lot.

Limon is accused of plotting with former Redlands firefighter Jonathan Hearn to kill her husband, Robert Limon. Hearn has admitted to the killing, and testified this week to Sabrina Limon's involvement.

She faces a life term if convicted.

Due to space limitations, not every witness who has testified or every piece of evidence revealed in court has made The Californian's daily coverage of the trial.

Following are some details from the trial, some pertinent to either the prosecution's case or Limon's defense, some of which I just find interesting, that have been testified to in court this past week.

Dr. Robert Whitmore testified to conducting the autopsy on Robert Limon and finding two gunshot wounds on the body. He gave precise information on where the bullets entered and the path they took through Robert Limon's body.

One wound showed Robert Limon was shot in the chin, Whitmore said. The bullet traveled through his mouth, grazed the left side of his cervical spinal column and passed through neck muscle, exiting the body.

The other round entered the upper right front of Robert Limon's chest at an upward angle, traveling right to left, Whitmore testified. Traveling an inch and a half under the skin, the bullet entered his neck, perforated his internal jugular vein, moved upward through the base of the skull and brain and hit the top of the skull.

After hitting the skull, Whitmore said, the round bounced back into the brain, where it was recovered during the autopsy.

The doctor testified both wounds had "soot," a gray black residue that comes out of a gun barrel when a bullet is fired. This indicated the rounds were fired at close range, in this case "on the order of inches or less," Whitmore said.

He described the wounds as being "rapidly fatal." Defense attorney Richard Terry asked if it was possible to determine exactly how much time passed from when a person was shot to when he or she died by examining the wounds.

"Sometimes you can," Whitmore responded. "If there's no head, then (the person died) instantly."

During their arrests on Nov. 18, 2014, both Sabrina Limon and Hearn were in areas where others could potentially view investigators taking them into custody.

In Sabrina Limon's case, she was at her children's school in Helendale, investigators testified. Jonathan Hearn was arrested at the fire station he worked at in Redlands.

Hearn and Sabrina Limon often make references to Christianity and God in their letters and other messages to one another.

Hearn was home-schooled through Arrow Christian Academy in Hesperia, where his father is the administrator. His father, mother and one of his sisters — he has five siblings — testified Hearn was taught to follow the precepts of Christianity.

In his testimony Thursday, Hearn said those teachings weren't something he regularly followed.

"(Church) was a strong influence on my upbringing, but I didn't really observe the dictates of the Christian religion," he testified.

He later attended a community college, at first planning to work in construction, but later becoming interested in firefighting. His goal was to become an arson investigator.

How does a then-24-year-old firefighter with no prior criminal record justify shooting a man to death?

Hearn, who showed little emotion during his testimony, said he never had a serious girlfriend before meeting and falling in love with Sabrina Limon. Despite her being married, he wanted to live the rest of his life with her.

As their relationship continued, and she said more negative things about her husband, he said their conversations began to revolve around how it was reasonable to seek Robert Limon's death.

"The foundation of a number of our concerns were justifying in nature," he testified.

He told the jury he decided to do whatever necessary to make Sabrina Limon happy.

"It was a very emotional time for me," he said.

In questioning witnesses, prosecutor Eric Smith is soft-spoken and methodical, taking them step by step through their thoughts or actions. His tone rarely varies, and he shows little reaction other than an occasional smile.

At all times he appears controlled and relaxed.

By contrast, Terry's voice ranges from powerful to thunderous. Sometimes he squints and scowls, at other points he jokes and smiles. His reactions are numerous and conspicuous.

When he finds a response confusing or disingenuous, he doesn't hesitate to let it show.

While court is in session, Sabrina Limon spends the majority of her time facing away from the audience, her long, blond hair covering the side of her face. For the most part, it's been difficult to see if she has reacted to testimony other than slightly shaking her head at times.

But on at least two mornings she has smiled at jurors as they entered the courtroom.

Hearn left a mountain of evidence at his home, including the flashlight barrel he used to construct a silencer for his .45-caliber Glock, the arsenic trioxide he used in the aborted poisoning attempt and various documents taken from the scene of the shooting.

The prosecutor asked Hearn if he didn't get rid of those and other items connected to the killing out of an overwhelming confidence he wouldn't get caught.

Hearn said he intended to dispose of numerous items but never got around to it. He said the months after the killing were a "hectic" time.

Every person called to testify about Robert Limon has described him as a well-liked, happy individual.

Even Hearn said he thought Robert Limon was a good person until Sabrina Limon began disparaging him later in their relationship.

Months after he began his relationship with Sabrina Limon, Hearn went to a pub in Hesperia where Sabrina Limon told him she was meeting a bunch of friends, Hearn said. Robert Limon was there, and Hearn met him during the course of the night.

"I remember telling her shortly after that, within a couple weeks of that, he seemed like a nice guy and cared about her," Hearn testified.

The Californian will continue to livestream the trial all next week.

The case is expected to be handed to jury no later than Oct. 6.

Judge John R. Brownlee displays many postures and expressions as he presides over Day 5 of the Sabrina Limon trial.