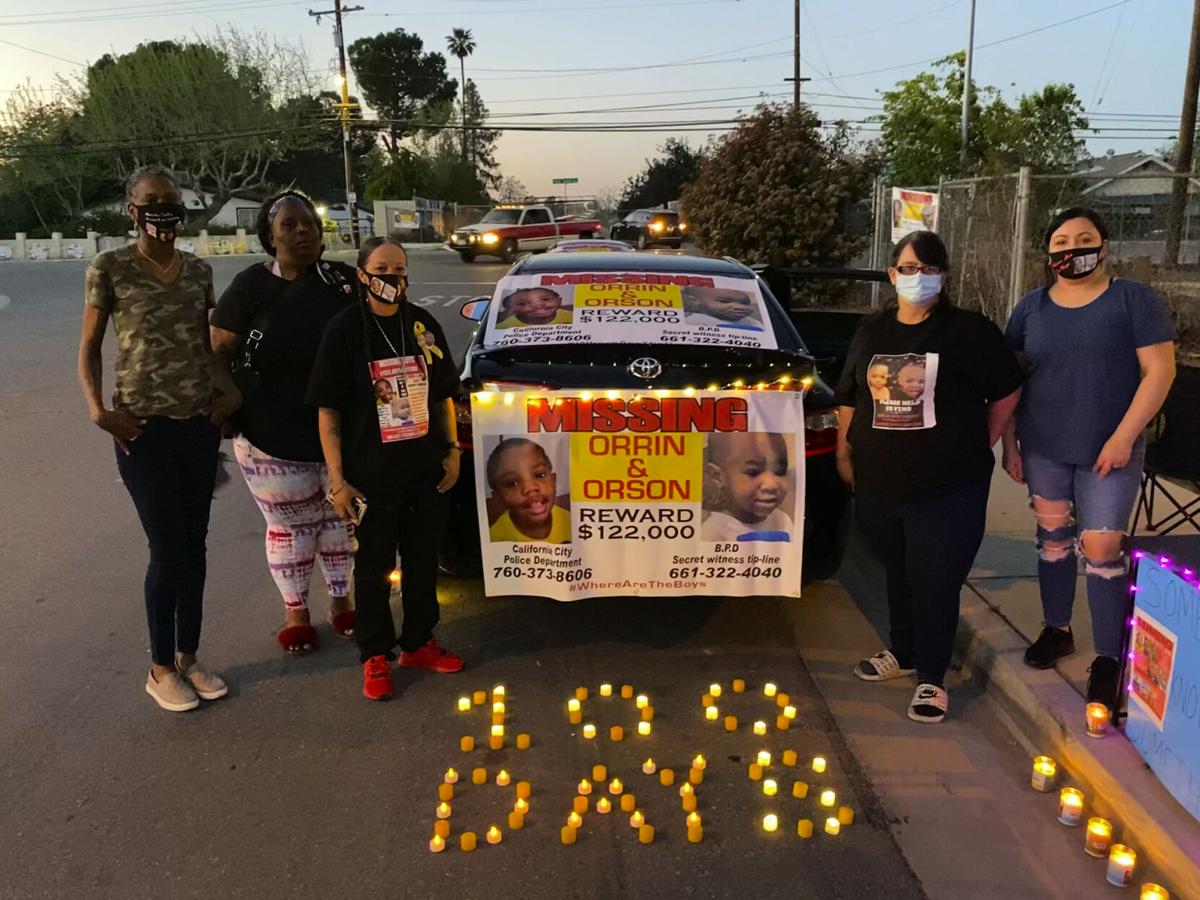 A prayer vigil was held for Orrin and Orson West who were reported missing 100 days ago by their adoptive parents in California City. Orson's cousin Rosanna Wills, third from left, organized the vigil on Wednesday with friends and supporters who have helped search for the boys. 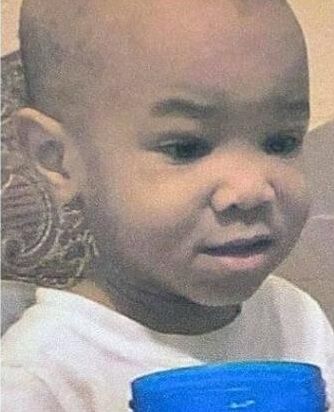 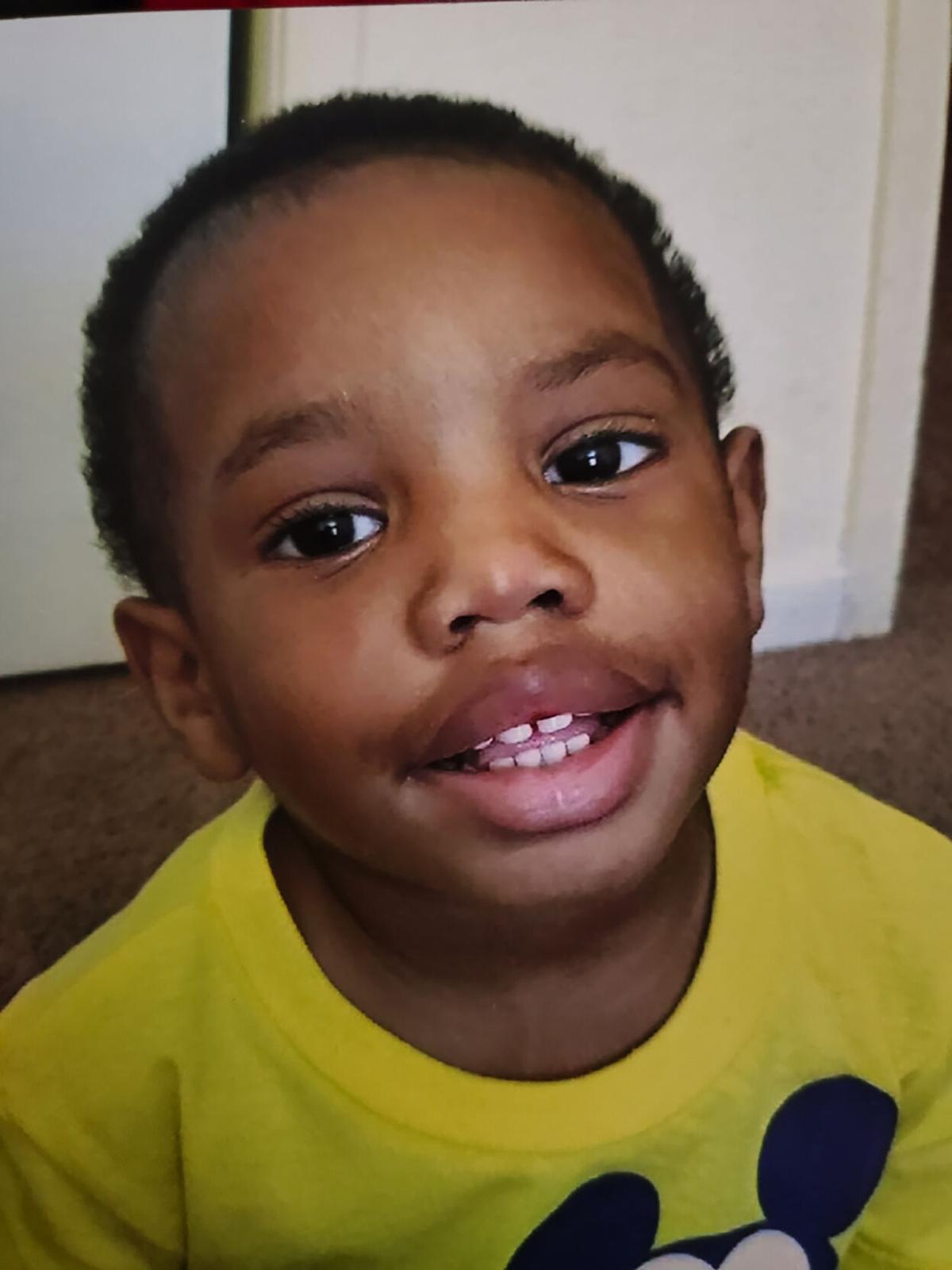 A prayer vigil was held for Orrin and Orson West who were reported missing 100 days ago by their adoptive parents in California City. Orson's cousin Rosanna Wills, third from left, organized the vigil on Wednesday with friends and supporters who have helped search for the boys.

Wednesday marked a somber anniversary: It's been 100 days since brothers Orson and Orrin West were reported missing by their adoptive parents in California City.

"It's been 100 days and it's been too long," said Rosanna Wills, a cousin of Orson, who was born as Classic.

She and other supporters held a vigil to mark the tragic anniversary outside Casa Loma Apartments in southeast Bakersfield and implored whoever knows something regarding the case to come forward.

"We're praying," she said. "We want justice. We want closure."

She noted that reward money leading to any information that might unravel the case has ticked up to $125,000. But despite the money and passage of time, the public knows little more than it did in the days after the boys' reported disappearance.

Adoptive father Trezell West told media that Orson, 3, and Orrin, 4, wandered away late in the afternoon on Dec. 21 while playing with sidewalk chalk in the backyard. Trezell said his wife, Jacqueline West, was inside wrapping Christmas presents and he was gathering wood in a nearby field when he lost track of the boys.

Over the last few months, the young boys' baffling disappearance has spurred search parties in the sprawling eastern Kern city and Bakersfield where the boys previously lived with their adoptive parents. Their biological family is also from Bakersfield.

Destiny Grandson, a friend of Wills, pointed out the field across the street from the Casa Loma Apartments. She said that was one of the first places where a search was held for the boys. She described the feeling of dread that came from the possibility that the search party may stumble on a crime scene.

Grandson said they chose the Casa Loma Apartments because the adoptive family had stayed there prior to moving to California City.

There have been only a few updates on the case, including a few searches, since the Bakersfield Police Department announced it was taking the lead on March 1. No suspects have been named during the investigation.

That frustrated some supporters present at the vigil. One supporter, Keisha Stevenson, is shocked that there are still not up-to-date photos of the boys available to circulate 100 days later.

But Wills said she is hopeful law enforcement is building its case.

Earlier this week, Mayor Karen Goh released a video assuring the public that the trail had not gone cold. She said the case was a priority for law enforcement, and that investigators were being tight-lipped to protect the integrity of the investigation.

Sgt. Robert Pair, spokesperson for the Bakersfield Police Department, confirmed that in an email.

"The case is open and ongoing," he wrote. "We are still aggressively pursuing leads and tips and will continue to do so until the facts of the disappearance are known."

The Bakersfield Police Department is working with the FBI, Kern County District Attorney and California City Police Department, which had originally been the lead on the investigation. The case was transferred to Bakersfield, from which the adoptive parents had recently moved.

The case has attracted heavy speculation and attention internationally. Even outspoken legal commentator Nancy Grace discussed the case on her podcast "Crime Stories."

A little over a week out from the day the boys were reported missing, California City Police Chief Jon Walker said he believed there was foul play in the boys' disappearance. He said that neighbors had not reported seeing the boys at the Wests' home, and that dogs could not track the boys' scent outside the home. The Wests' four other children were taken into custody.

California City Mayor Jeanie O'Laughlin said she hasn't been kept in the loop about any updates on the case.

"It seemed like right from the get-go those kids were never in California City," she said.

The adoptive grandmother of two young boys who went missing without a trace from California City this December pleaded for their return, accor…