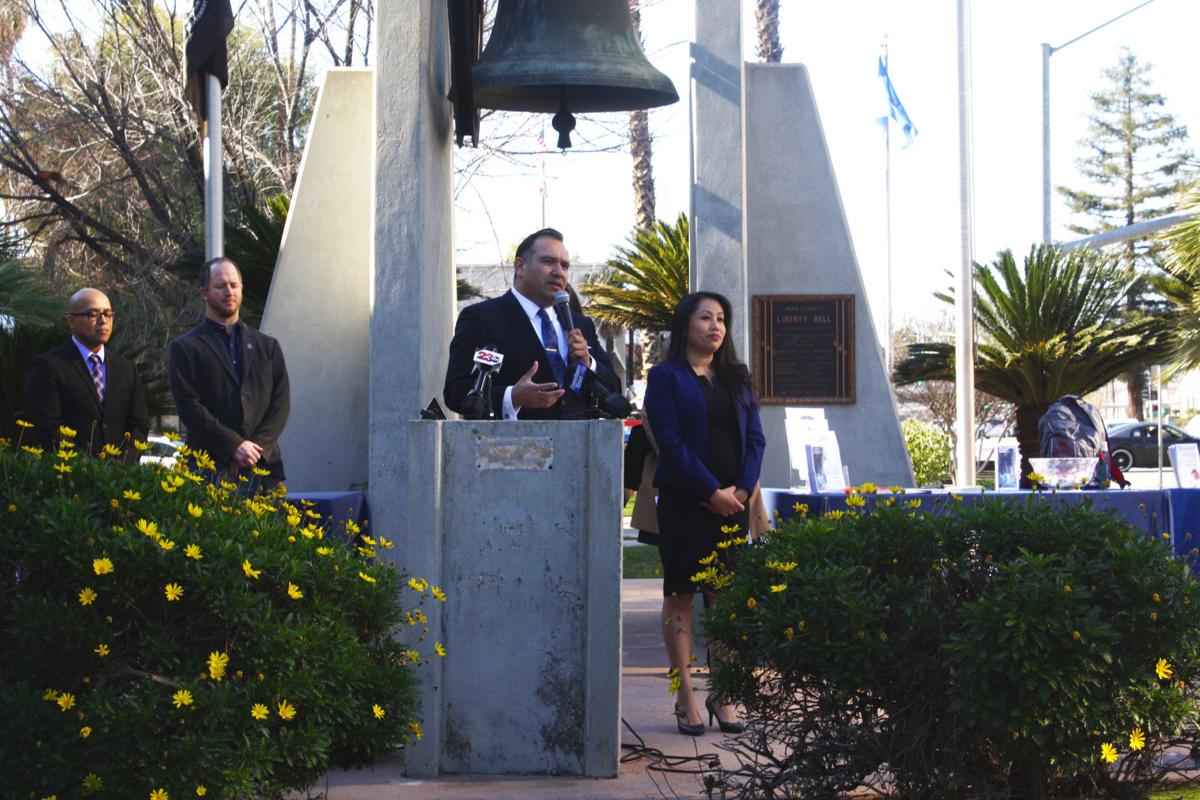 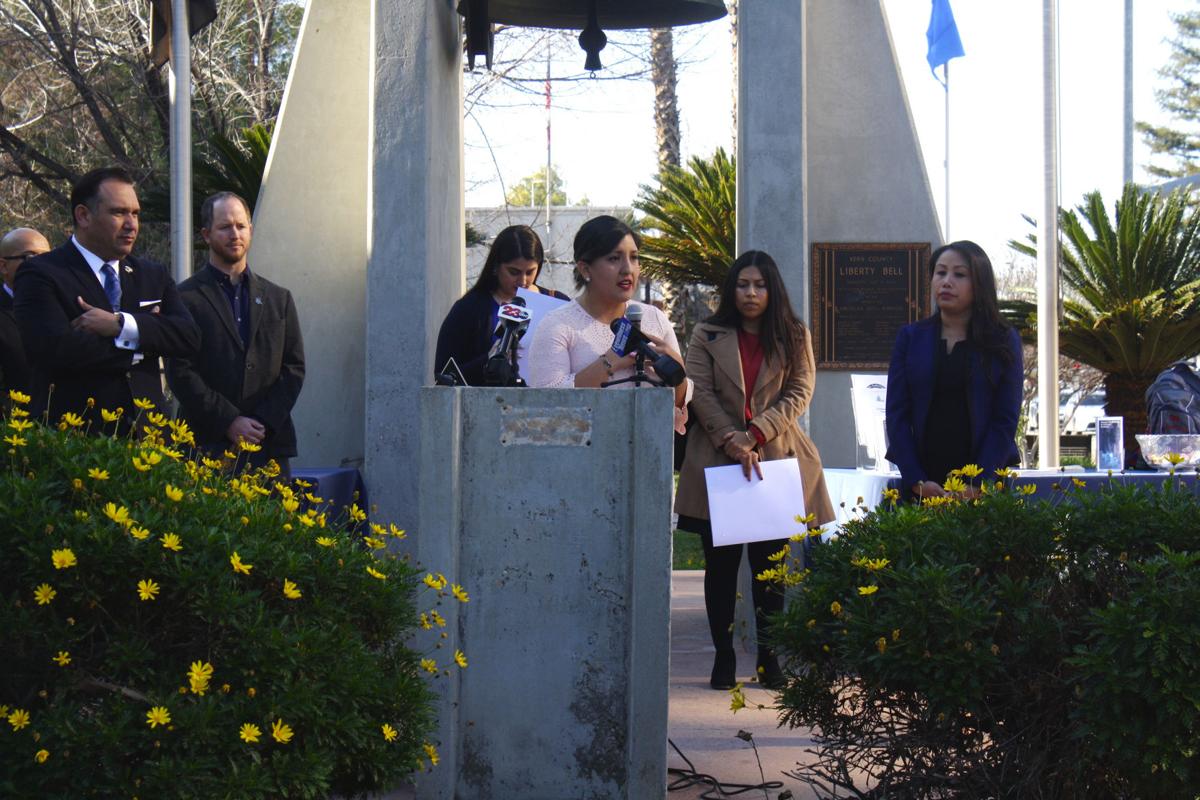 Human trafficking remains prevalent in Kern County but the fight against sex and labor traffickers has not wavered, advocates for awareness said at a public event Tuesday.

Representatives from human trafficking awareness groups and elected officials gathered Tuesday to raise the public’s attention. The event took place in front of the Kern County Liberty Bell outside of the Kern County Superior Court.

“Every year we just hope to raise more awareness,” said Kern Coalition Against Human Trafficking co-director Sandy Woo. “We’re still in a time where most folks feel that human trafficking is an issue that happens overseas. However, it impacts a lot of our own community members.”

The Kern County Board of Supervisors proclaimed January as human trafficking awareness month in Kern County. This distinction has been recognized in Kern County for a number of years, according to Woo.

The KCDHS has received more than 200 reports of local children involved in human trafficking over the past few years, according to Angela Look, social service supervisor at KCDHS.

“Human trafficking is still very prevalent in Kern County because of our location and our demographics,” said Look.

One form of human trafficking that has reared its head in Kern County has been labor trafficking, according to Woo. She defines labor trafficking as someone being held against their will and exploited for their labor. Woo said these things can happen in service industries that include agriculture, domestic servitude and hotels.

This year also marks the 20th anniversary of the Trafficking Victims Protection Act, according to Woo. She praised this legislation for the collaborations it has created between agencies and the “courageous” victims of human trafficking.

“To victims of human trafficking, know you’re the guiding light of our work. Without you, this would not be possible,” Woo said.

KCAHT will be hosting another public awareness event on Feb. 13 at Maya Cinemas.

Both Woo and Look said that human trafficking can be combatted through education, awareness and conversation.

“The first thing (an everyday person can do to combat human trafficking is) everyone needs to be aware,” Look said. “If you see a 14-year-old girl with a 50-year-old man, don’t just turn a blind eye.”

The errant apostrophe in my previous comment was added by autocorrect. Please disregard or edit. Thank you.

I'm 51 and my daughter's are 15 and 12. They also happen to be of Asian descent. I guess I'd better not take them out in public without my wife!