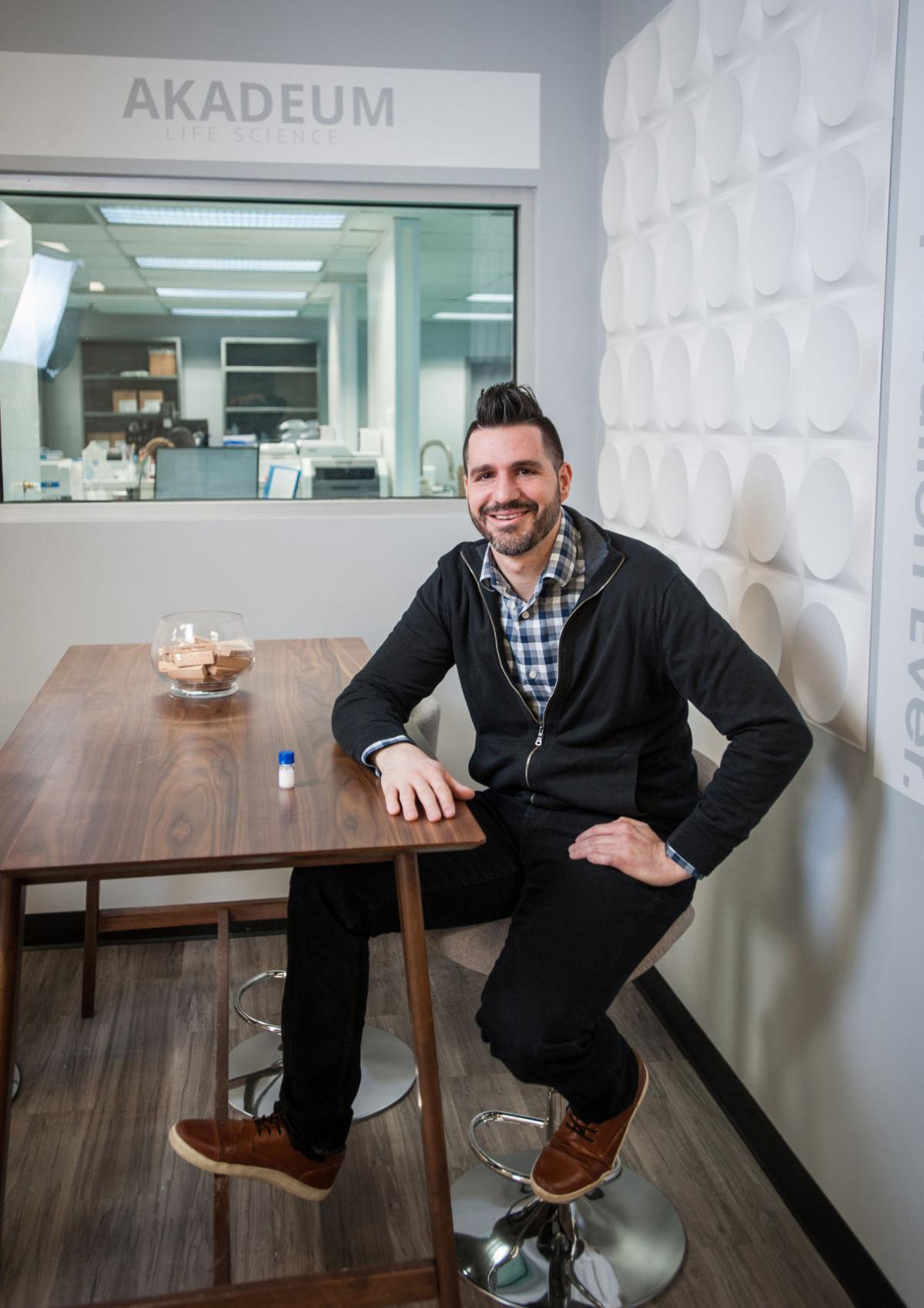 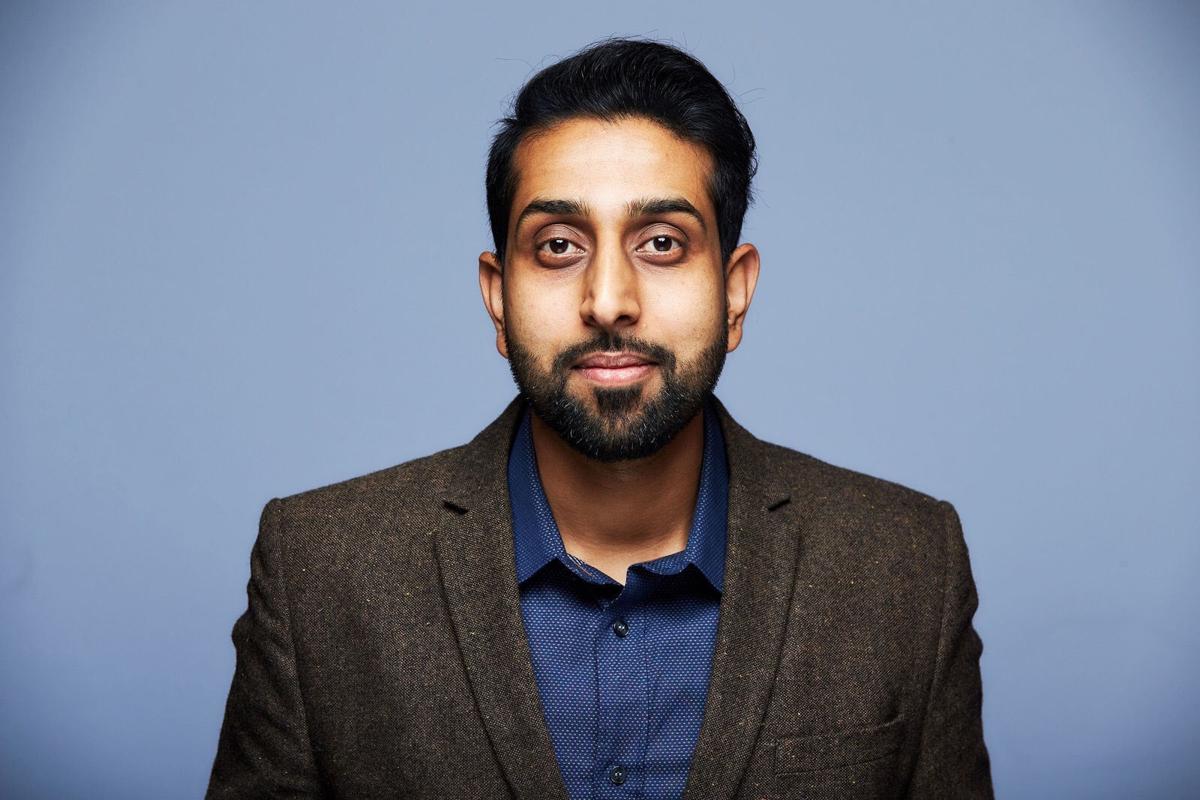 Finding and supporting local entrepreneurial talent was always a big part of the plan at Kern Venture Group. It just took a while.

The group's early investments went to startups based outside the area. But KVG kept its eye on two local grads, one innovating in science and the other in the film industry.

Each entrepreneur achieved huge milestones in time, raising money and landing key deals — enough that the club recently moved forward with significant investments in both companies.

Neither startup is based locally: Film-casting digital platform Castifi Inc. is headquartered in Culver City and Akadeum Life Sciences Inc., a developer of fluid separation technology, is in Ann Arbor, Mich. But each was developed by a bright young mind brought up and educated in Bakersfield.

His focus became computerized automation of the byzantine world of casting a film, coming up with a better way to manage the mountain of paperwork and complications movie producers wrestle with every time they work on a project.

Bhaiji, Castifi's co-founder and chief operating officer, said the company has worked with more than 200 clients on more than 300 projects in the last 2½ years.

He said some clients have saved 50 to 100 hours on a single production and that producers of a popular show on a major network he wasn't authorized to identify were able to trim their six-month budget by a quarter-million dollars.

There are competitors, he said, but "we're going a lot deeper than they're able to go" by using custom algorithms and machine learning to tackle large amounts of casting data.

With KVG's investment the company expects to do more to ensure studios' information security, Bhaiji said, and pay for engineering of new capabilities such as real-time budgeting.

John-Paul “J.P.” Lake, co-managing partner of KVG, sees in Castifi a product whose time has come. Streaming entertainment has created a surge in demand for shows that must be produced quickly, he said.

The group chose not to invest earlier, thinking it needed to boost its advisory board. To Bhaiji's credit, Lake said, "he did exactly that."

“We really feel like he’s got a great strategic plan,” Lake said. What's more, Bhaiji is local, "a Bakersfield native and product of our educational system."

Brandon McNaughton, age 39, went from Stockdale High to Bakersfield College to Cal State Bakersfield, then on to doctoral studies in applied physics at the University of Michigan. He maintains his education at BC was among his most formative.

The company he co-founded and serves as CEO, Akadeum, has developed a platform for separating materials within fluids, something that has traditionally been done with magnetism.

Akadeum uses flotation and buoyancy. Tiny "microbubbles" made of glass, plastic or lipids are coated with chemicals that, when dropped into a fluid, stick to the desired material, which then floats to the surface for easy extraction.

McNaughton said the technology, a mix of chemistry, biology and physics, took years to fine-tune.

The technology appears to have many applications — it's more a platform with proprietary processes and equipment than an end product. McNaughton said one benefit is faster processing of biological diagnostics.

The company has received investments from various venture capital and angel investor groups. It has also secured a deal to work with Bakersfield's Comprehensive Blood & Cancer Center on cancer research.

KVG was originally going to avoid investing in health-care companies, Lake said. But it selected Akadeum in part because its technology does not have to go through a lengthy approval process with the U.S. Food and Drug Administration.

Beyond that, Lake said, the group is just impressed with McNaughton. It monitored him for a year and a half, noting his passion for entrepreneurship, which McNaughton teaches at the University of Michigan.

What may have been the deciding factor, Lake said, was McNaughton's invitation to speak at the prestigious J.P. Morgan Healthcare Conference, an annual event that drew investors across the country to San Francisco in January.

McNaughton said KVG's investment will help the company continue commercializing its technology. Beyond that, he said he was excited to be working with an organization that is promoting entrepreneurship in Kern County.

He also serves as one of KVG's investment advisors. "Anything I can do to help the local (startup) ecosystem," he said.

Castifi and Akadeum are not KVG's only investments with strong local ties. In December the group announced investments in a local plant-based food innovator named Mill It and Bakersfield-based Vinergy, whose electric carts are used by local grape-growers.

Lake said Vinergy recently landed a second investment by KVG to help it meet growing demand for its product ahead of the next grape harvest.

KVG does not disclose the size of its investments in individual companies. But in about the past 16 months Lake said it has invested $655,000, or 34 percent of its fund, in eight startups.

The group is Kern's first angel investor group. Such organizations take early, minority stakes in promising startups — fully expecting most won't succeed — in hopes of seeing some take off and give KVG a large return. Some of that money might be reinvested in other startups.

Lake said the rate of new business pitches has slowed recently, possibly as a result of the coronavirus crisis, but the group has been pleased with progress so far.

"We have enough things in process that it’s keeping us busy,” he said.

Two hundred eleven startup businesses made investment pitches. Only 18 were invited to make formal presentations. Of those, just six made the …