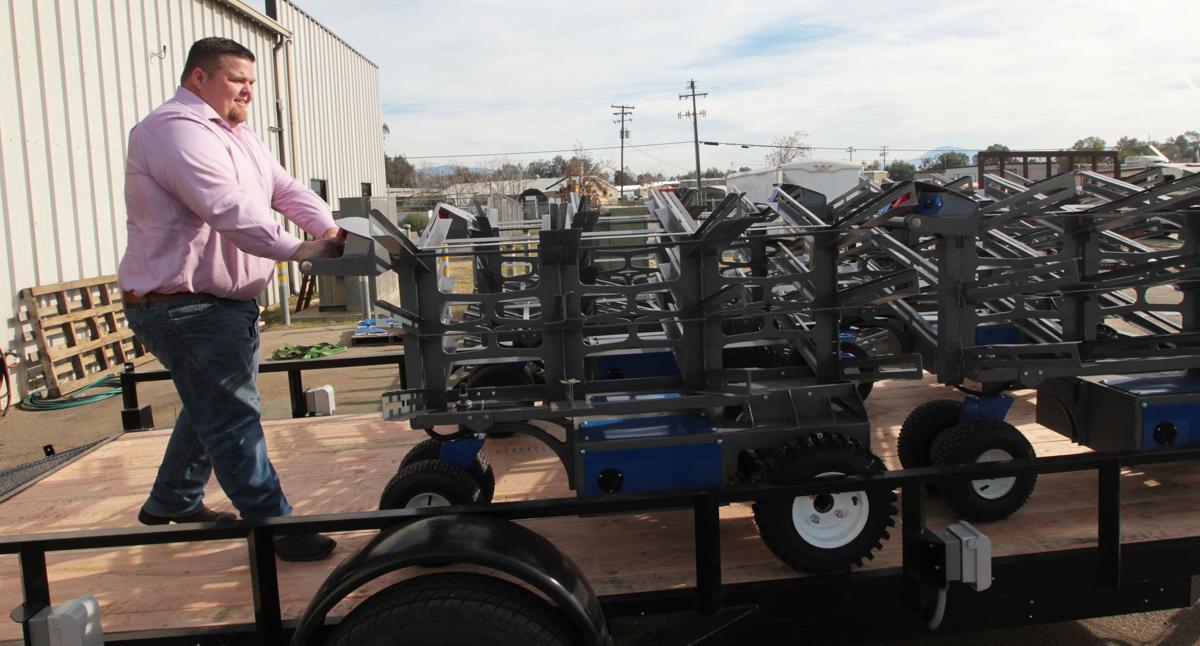 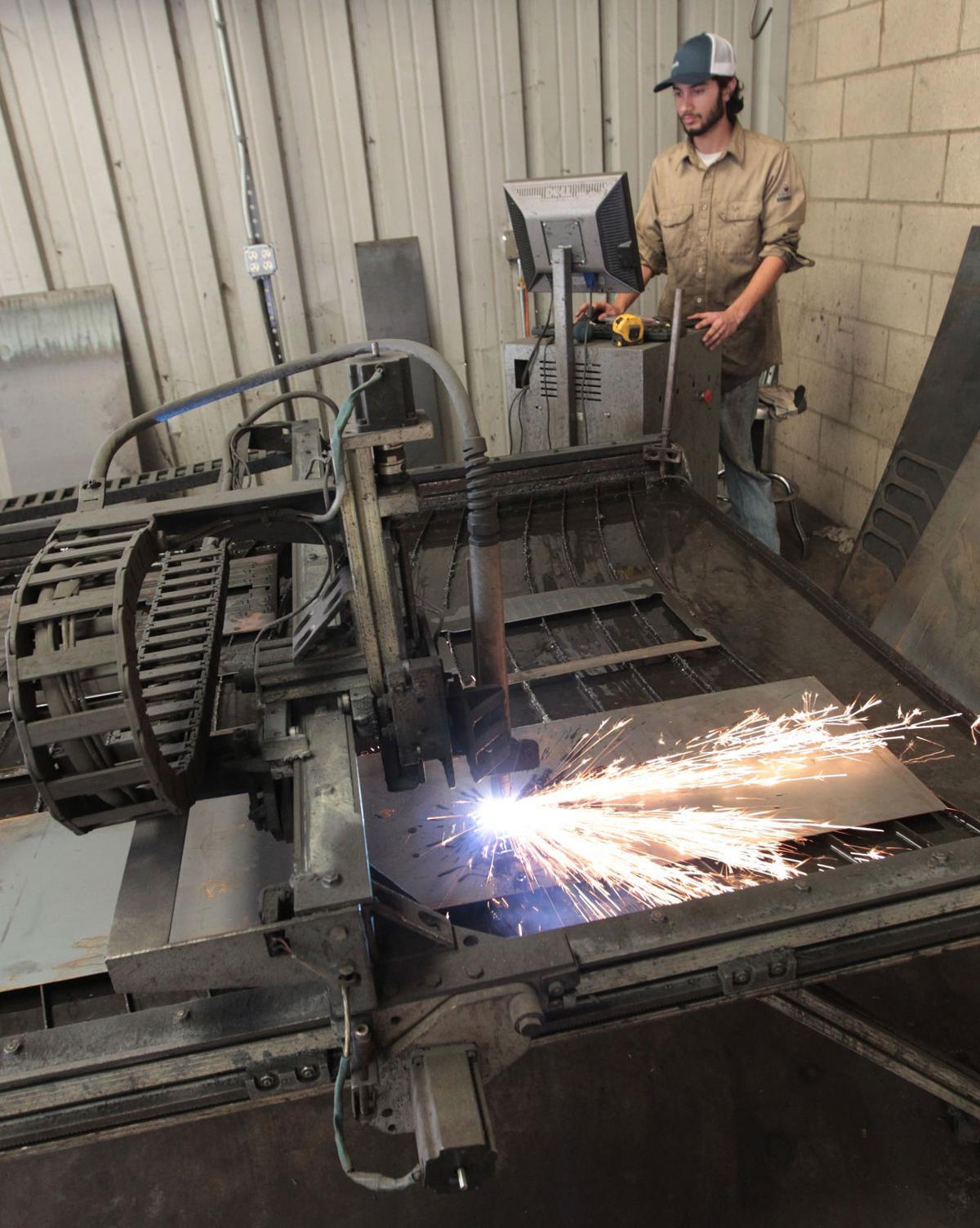 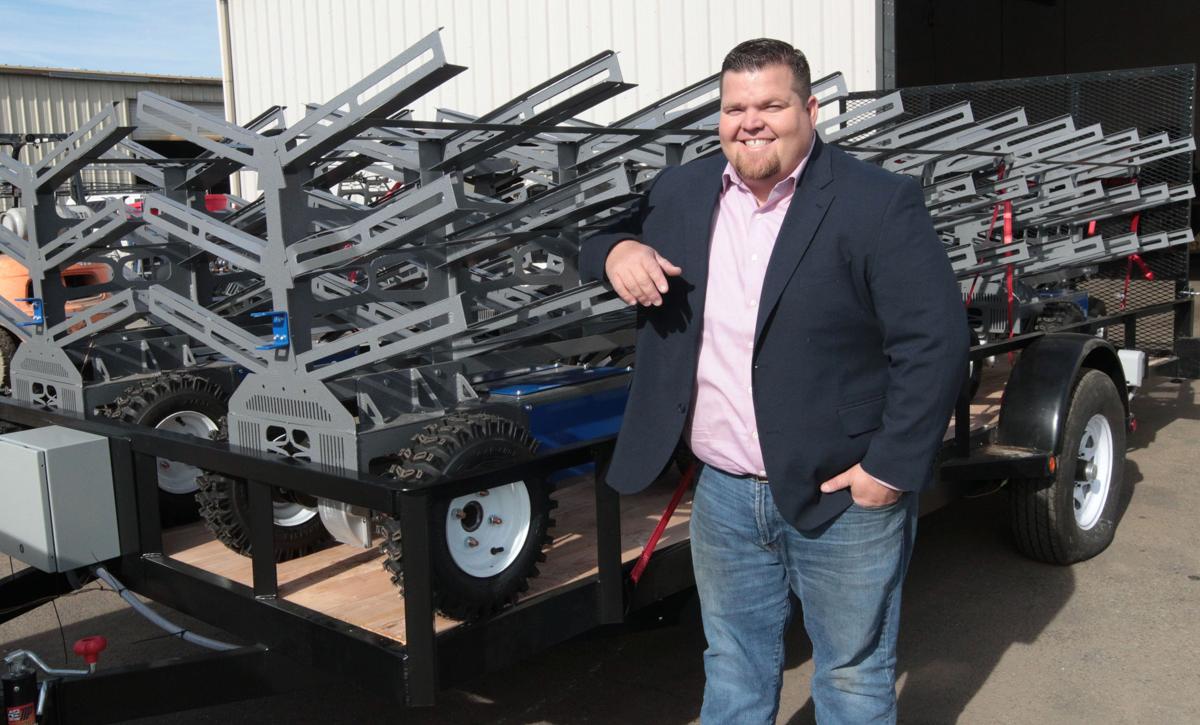 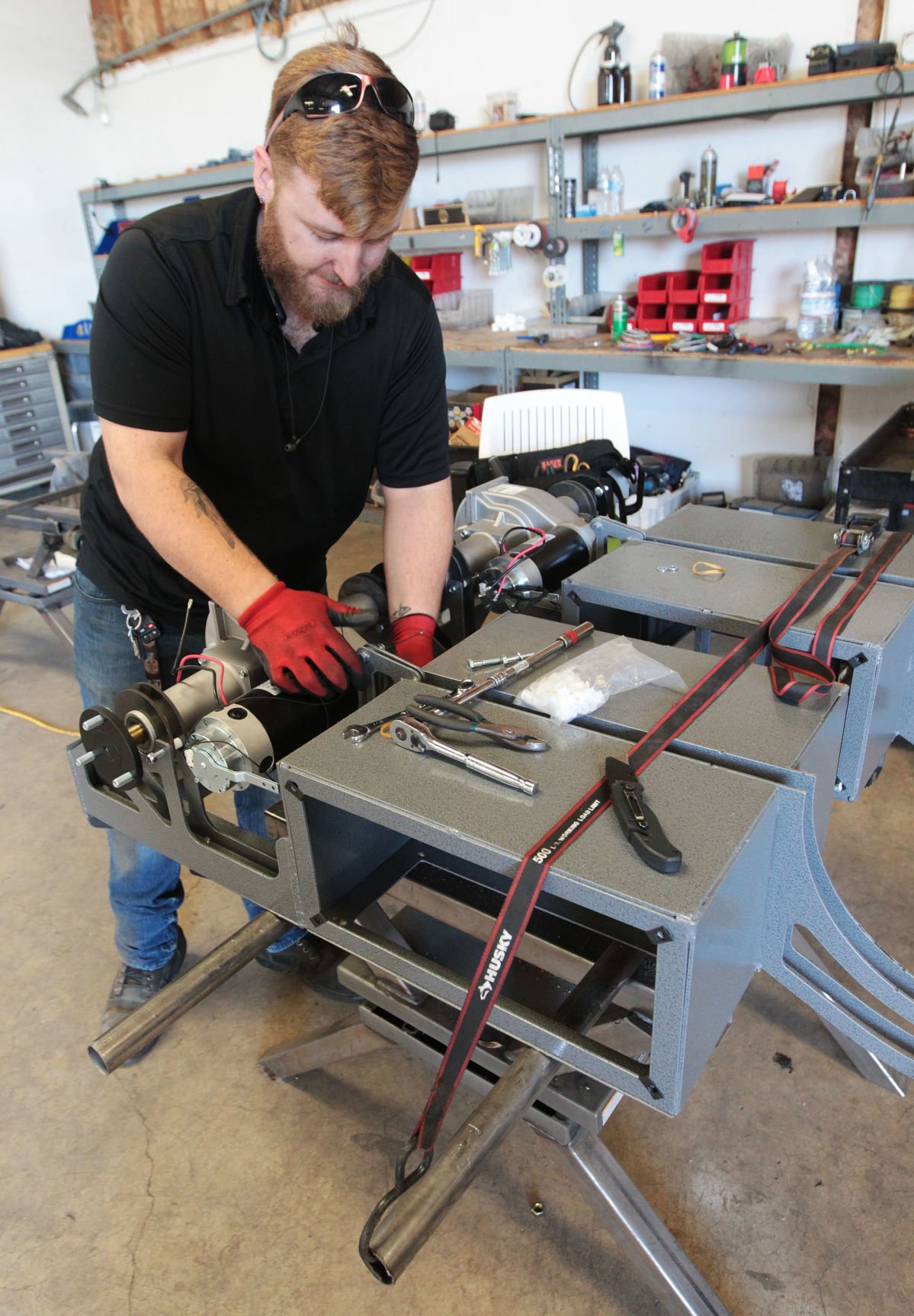 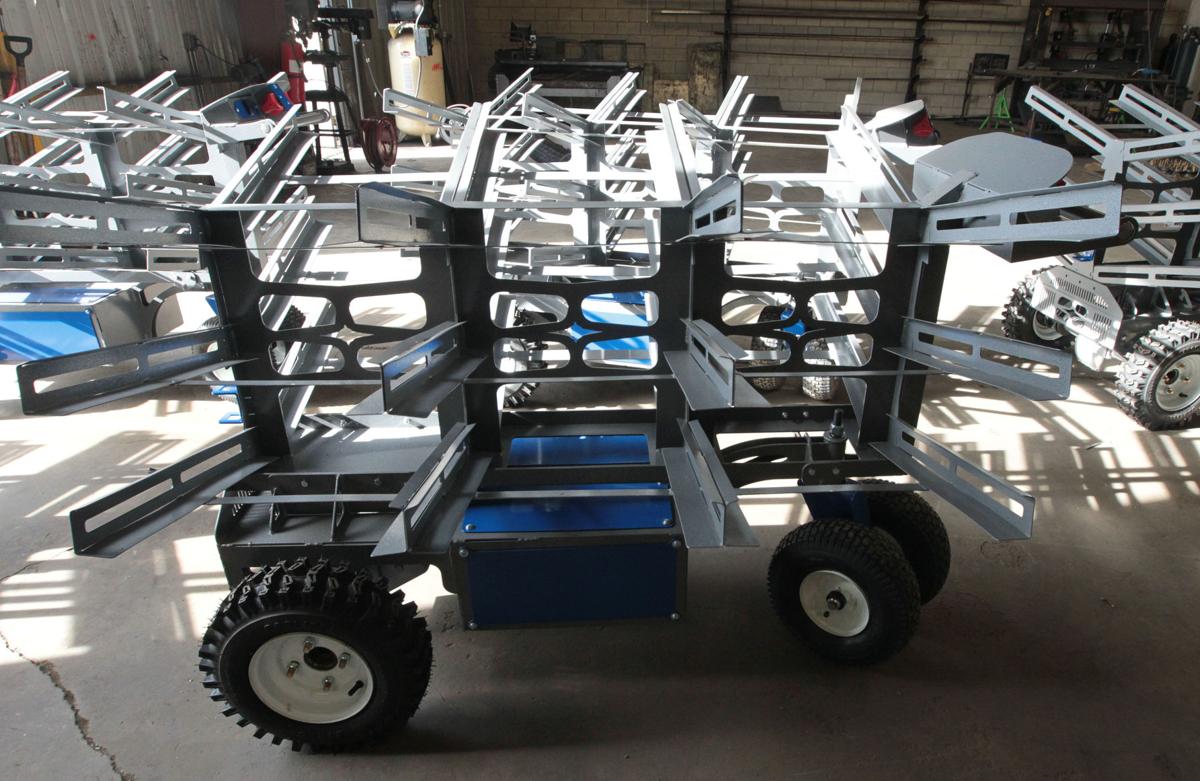 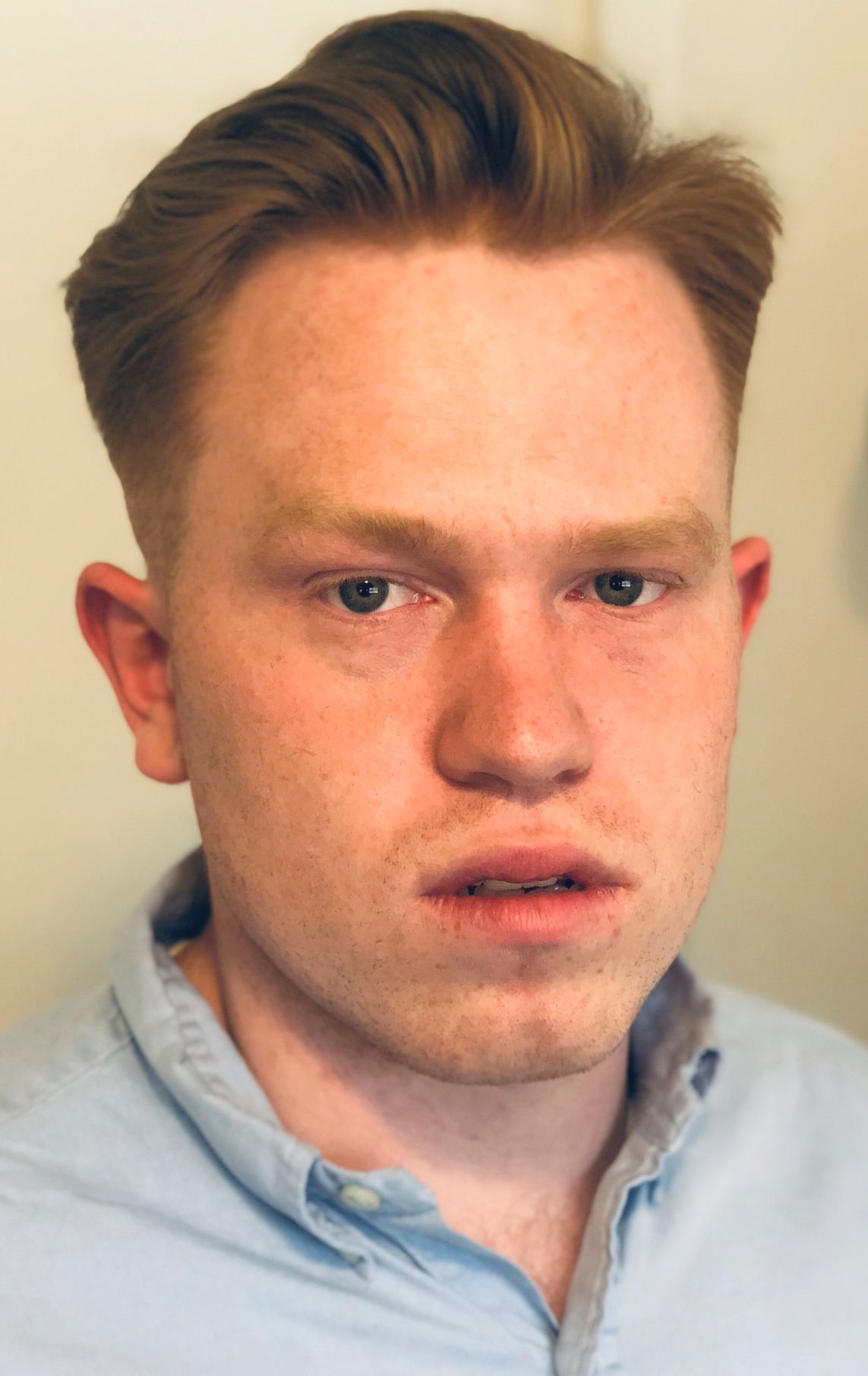 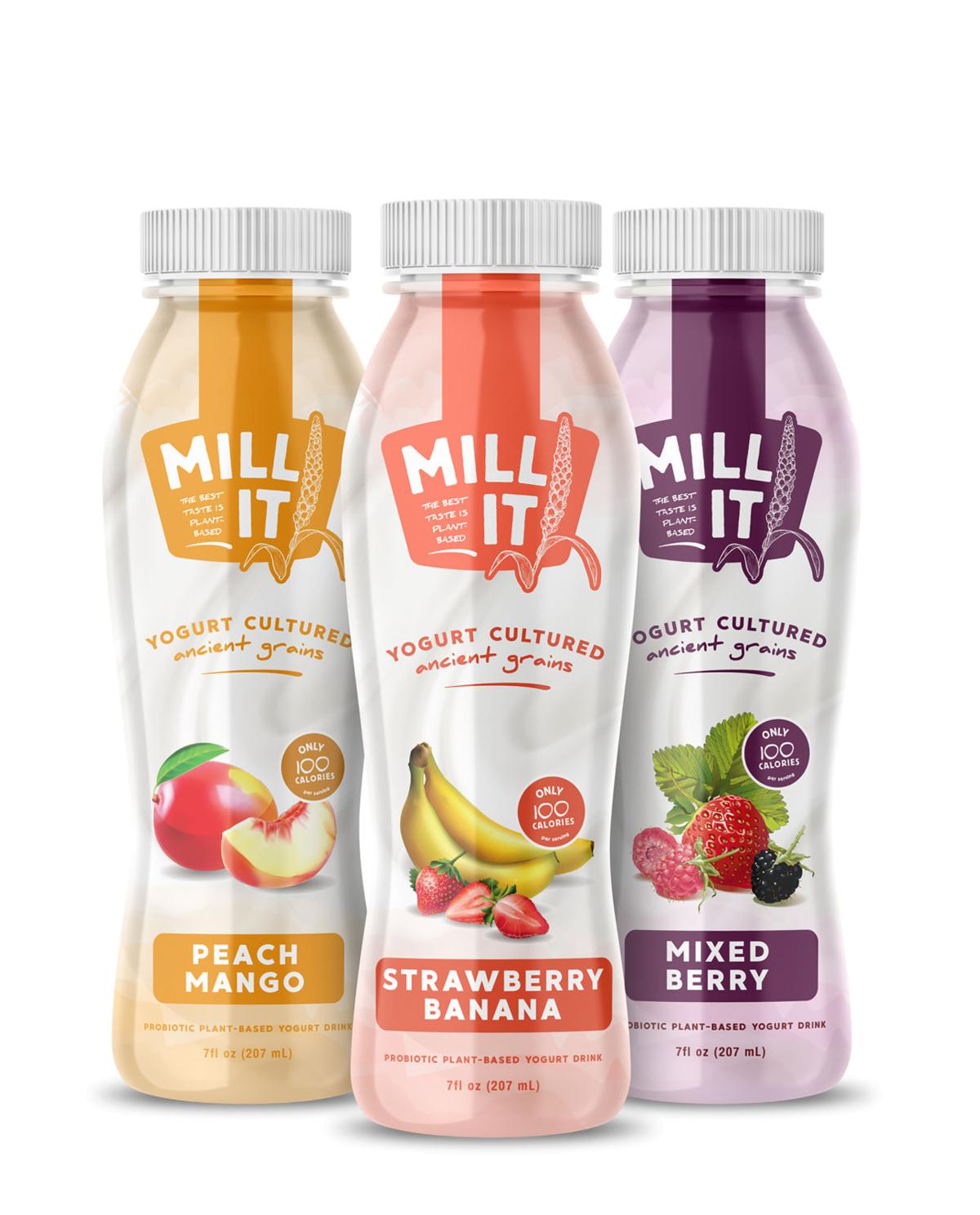 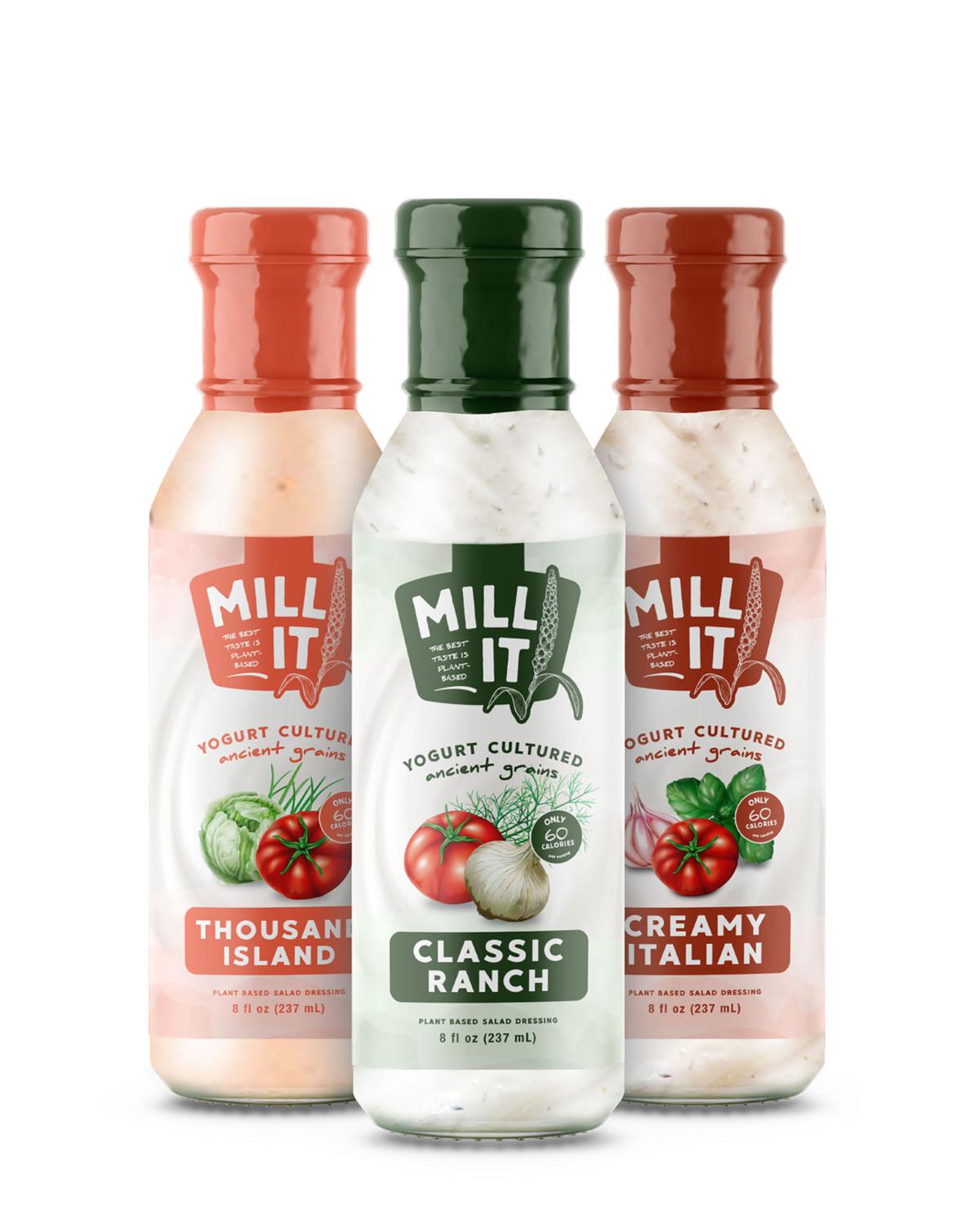 Two hundred eleven startup businesses made investment pitches. Only 18 were invited to make formal presentations. Of those, just six made the final cut, receiving a combined total of $385,000.

You might say Kern County's first angel-investor group has been selective in its first year of operation.

"We've been pretty pleased with the response and the deal flow that we've seen," said John-Paul “J.P.” Lake, co-managing partner of the organization, Kern Venture Group.

It's worth noting that only the last two of the six companies that received investment — electric cart-maker Vinergy and packaged food company Mill It — are locally based.

Whether that low rate of local investment should be considered disappointing is hard to say. As Lake noted, it demonstrates that entrepreneurship in Kern is robust enough to produce at least two startups solid enough to withstand close scrutiny and emerge with seed funding.

On the other hand, KVG general partner Sheryl Barbich said it's also a sign that the investor group has been wise to promote local entrepreneurship as a side activity by engaging with promising local talent. It does so in coordination with other local organizations, including schools.

Barbich admits she originally thought such promotional efforts were a distraction for the group. But now she sees it as planting the seeds for future economic growth across the county.

"Now we see we really do need to give attention to encourage people to start up a small business," she said.

"Even though we have large oil and agricultural interests and warehousing and so forth as a major base of our economy, we need to grow small business to the extent that we can," she continued. "We're really hoping that more local companies will want to make a pitch to us in the coming years."

"We’re happy that we got two,” she added.

The group's work is far from finished. The amount it has invested directly into startups so far represents just 18 percent of the $2.15 million the fund started out with in 2018. Lake said the expectation is that the rest will be doled out gradually during the course of the next two years or so.

What's more, work has begun on raising a second round of investment money. Some of it would come from local sources, he said, but some might also come from outside the area.

That's the way angel investment often works these days. Like-minded groups that make seed investments in promising startups in hopes of receiving a future payoff usually network with each other. They share tips on companies that seem to have the greatest potential.

Such is the hope with Mill It and Vinergy, which together received $200,000 in investment from KVG. Lake said that, like the other four startups that have received KVG money, both are being promoted among KVG's partner groups outside Kern County.

The fund's support doesn't stop there. Lake and KVG's other managing partner, David Higdon, have worked closely with the companies, counseling them on points like branding and helping them establish a corporate structure that's welcoming to investors.

Through it all, Lake says the group has learned that Central Valley startups may not be as technologically focused as some other regions but they're generally less capital-intensive.

Another way to look at it, he said, is that the valley's emerging entrepreneurs are not necessarily revolutionary, but they're determined to solve the world's problems.

The buttermilk-style salad dressings Bakersfield-based Mill It hopes to put on U.S. grocery store shelves taste and feel rich and creamy. Like the company's fruit smoothies, they're easily mistaken for dairy products.

But get ready for this: They're plant-based. In fact, their primary ingredients are two ancient grains — sorghum and millet — that thrive in naturally arid climates like the Central Valley.

Mill It is the brainchild of Bill Myers, a Bakersfield resident who studied food science and chemistry at Brigham Young University in Provo, Utah. He recently scored a substantial investment from Kern Venture Group, the county's first angel investor organization.

It's not that there are no other buttermilk-style salad dressings that don't contain animal products, Myers explained. It's just that the ones on the market now are high in calories and fats, which adds to the big irony in U.S. salad consumption.

"It's kind of counter-intuitive a little bit," he said, "because you think you're eating healthy."

Myers said that besides millet and sorghum, Mill It contains coconut cream and sunflower seed butter, as well as a relatively small amount canola oil. They are combined in a patented fermentation process that yields what he considers the key to consumer acceptance: a pleasing flavor.

Kern Venture Group has helped the company rebrand with new packaging, just as it has assisted in the formation of a corporate structure attractive to investors. That'll be helpful as Mill It prepares for a product launch that, if all goes well, will put Myers in front of supermarket product buyers early next year.

That next step is going to be the hard part, said Phil Gruszka, a Bakersfield food and beverage consultant who noted the marketplace has become highly competitive as supermarket chains have consolidated.

It's especially tough for small companies to break through and convince stores they have the marketing wherewithal to promote the product properly.

"It's a balancing act," Gruszka said. "Certainly it's a challenge and it takes time and a lot of effort."

One question remaining for Mill It is how to shape its business model going forward. Myers and KVG co-managing partner John-Paul “J.P.” Lake say the company could choose to develop all its own products, such as frozen yogurt and coffee creamers, or possibly license out its fermentation technology. Or both.

"We  see both of them as viable paths," Lake said.

Just as Central Valley grape-growers ask a lot of their people, they need equipment that works equally well in wet and dirty conditions, whether it's freezing cold outside or burning hot.

Until now, that has meant using wheelbarrows to transport 22-pound totes, sometimes several at a time, from the rows where grapes are harvested to packaging stations where they're put in bags. It's tough work and one slip can mean financial loss, or worse, a worker injury.

Bakersfield resident Justin Meng thought he could do better.

Spending time as a young man on his grandparents' ranch, Meng did a lot of tinkering with diesel engines. But this particular challenge called for something that wouldn't put out any emissions, hence his choice of an electric cart.

Vinergy's main product at this point is a manual, four-wheel cart with adjustable throttle and brakes. Its upper platform can be customized to hold six or 12 grape totes. All electric, they can be transported and stored on a trailer designed with its own battery-charging system.

One company that has tried out the carts, McFarland-based Jakov P Dulcich & Sons, used about 20 of the vehicles during a period of a few weeks earlier this year.

General Manager Jacob McCaay said the trial resulted in cost savings of $1 to $2 per tote, or between 16 percent and 50 percent.

"They actually worked really well," he said. "If they (Vinergy's carts) continue to do what we've seen them do, then yeah, we're definitely looking to get more."

Vinergy has learned most grape growers would rather lease the carts than buy them, which Meng said suits him fine. He said he hopes to have 400 carts leased by July, then "continue to scale from there."

The company employs four workers, two of them fabricators and two assembly workers, in a manufacturing facility off Standard Road.

While grape vineyards have worked well as a test ground, Meng said there's no reason why citrus orchards wouldn't be next, or any ag setting where hard-harvesting presents a logistical challenge.

Product development gives him a chance to use what he sees as his most valuable talent: product design and construction.

"I always wanted to find a problem and fix it," he said.

De Oro Devices has a product called Gaitway that restores mobility to Parkinson's patients who have trouble walking.

There was too much money on the line for the three dozen or so local executives in attendance to ask softball questions.

[angry]Justin Meng has a dark history with his old company Supernova Fabrications, He used to produce and sell powered dolly's to the bounce house inflatable industry. At first the product launch was great but the product was terrible! These units would arrive dead on arrival and he refused to warranty items. There are many people out there who he flat out scammed and never even delivered their item. He has many many people to answer to!

Jacob McCaa doesn't spell his name the way you have it presented in the article.