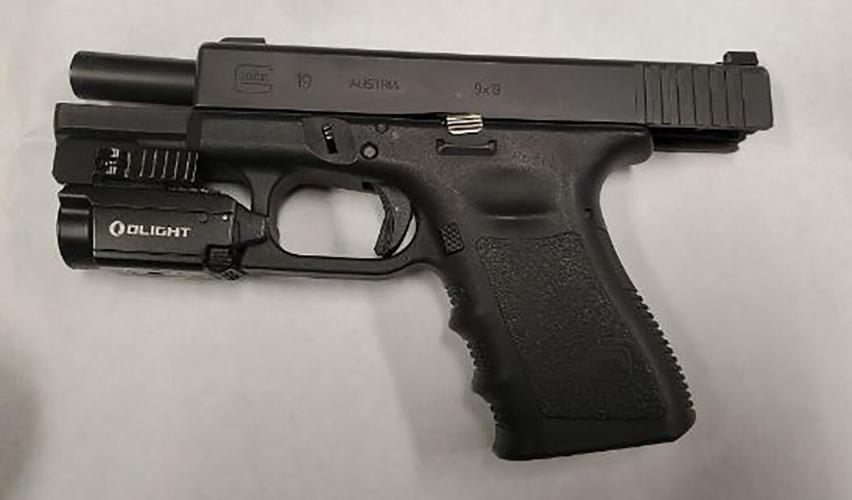 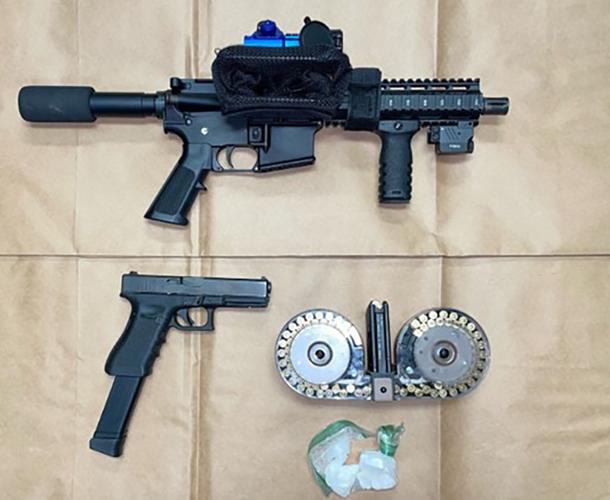 From the northeast to the southwest and then to downtown, the rubber burned Bakersfield’s streets over the weekend.

Three hundred vehicles raced to five locations and blocked major intersections Saturday while performing burnouts and doughnuts for hundreds of onlookers, according to first-hand accounts.

The Bakersfield Police Department arrested eight suspects, including the suspected leader, in connection with the so-called “takeover” that spanned across the city and disturbed the peace of hundreds of residents, according to a BPD news release issued Monday.

“I was just terrified,” said Elizabeth Reimer, who was stuck in her car at one of the locations the vehicles had taken over. “My hands were shaking. I didn't know what to do. I just knew that the cars were getting too close and they're getting too close to hitting us with my daughter in the car.”

The cars were part of an organized group that travels around the state, according to BPD spokesman Sgt. Robert Pair. Sometimes police officers are able to find out about the races ahead of time if they see something on social media.

That wasn't the case with Saturday's takeover, Pair said.

It all began in central Bakersfield. Police arrived at Brundage Lane and A Street at 8:47 p.m. after receiving reports of 300 vehicles blocking the intersection, according to the news release. But, the “violent nature of the participants” prompted police to call for reinforcements, and at 9:09 p.m., the first gathering scattered, the news release added.

“Vehicles drove recklessly in all directions as they fled,” the news release said. “Officers attempted vehicle stops; however, other vehicles interfered with stops and blocked significantly outnumbered officers from pursuing identified offense vehicles.”

Roughly 20 minutes later, the vehicles blocked the intersection of Mount Vernon Avenue and Columbus Street, police said. The officers, still significantly outnumbered, were assaulted by participants who threw bottles at them, the new release noted. More officers arrived at the scene, prompting the crowd to disperse once again. Ultimately, about two dozen law enforcement officers were available to try and deal with a crowd that numbered in the hundreds, according to Pair.

California Highway Patrol officers called for backup from the BPD due to another gathering around 10:16 p.m. at Rosedale Highway and Mohawk Street. The crowd began attacking their patrol vehicles, the news release noted.

While at the intersection of Rosedale and Mohawk, Reimer said her car was surrounded by the mob. Vandals broke her tail light, dented the car and scratched up the exterior. Some of them attempted to open her car doors, but Reimer locked them, said her husband, Donald Reimer Jr. Amid the melee, their 9-month-old daughter was crying so hard that she was “gasping for air,” because she was so scared, Elizabeth Reimer said.

Police apprehended Oliver Perry, 23, of Bakersfield, as the “suspected event organizer,” according to the BPD release. He was arrested on suspicion of weapons violations, resisting an officer and charges associated with the takeover, police said. Bakersfield resident Danny Hernandez, 18, was arrested on suspicion of charges associated with a takeover.

The group then went to the intersection of Wible and Pacheco roads at 11:42 p.m., and four others were arrested in connection with the takeover. The arrestees included: Jamal Graves, 25, of Fresno; Luis Hernandez, 23, of Fresno; Xander Moreno, 19; and Deon Walker, 18, of Clovis.

Police impounded two vehicles, and an officer on foot was struck “intentionally” by a fleeing vehicle. Pair noted the officer returned to duty Monday with a minor injury.

At the last stop, police dispersed the crowd at 17th and M streets around 12:09 a.m. Sunday. A car chase ensued with a vehicle in the takeover, which reached speeds of 100 mph, the news release said. Police stopped their pursuit of the car after the driver turned off the vehicle's headlights and started traveling down Union Avenue on the wrong side of the road.

A Kern County Sheriff’s Office patrol helicopter followed the car until it crashed into a raised, center median in the 8400 block of Oliver Street, according to the BPD. After the crash, police arrested Simon Martinez, 20, of Wasco, and his passenger Jose Torres, 19, of Wasco, in connection with the car crash. Martinez was arrested on suspicion of 10 felonies, such as possessing an assault rifle, transporting or selling narcotics, recklessly evading a police officer, conspiracy and a misdemeanor of driving recklessly on the highway. Torres was also arrested in connection with nine felonies, similar to Martinez.

Elizabeth Reimer said she is still “shaken up” from the incident and scared to drive.

“It was the sheer number of people,” Elizabeth Reimer said, while reflecting on her emotions after being mobbed. “They didn't care. They didn't care who they might hurt.”

The investigation into the identities of the participants is ongoing. Anyone with information regarding these incidents, or who was a victim of an unreported crime as a result of these incidents, can contact BPD at 661-327-7111.