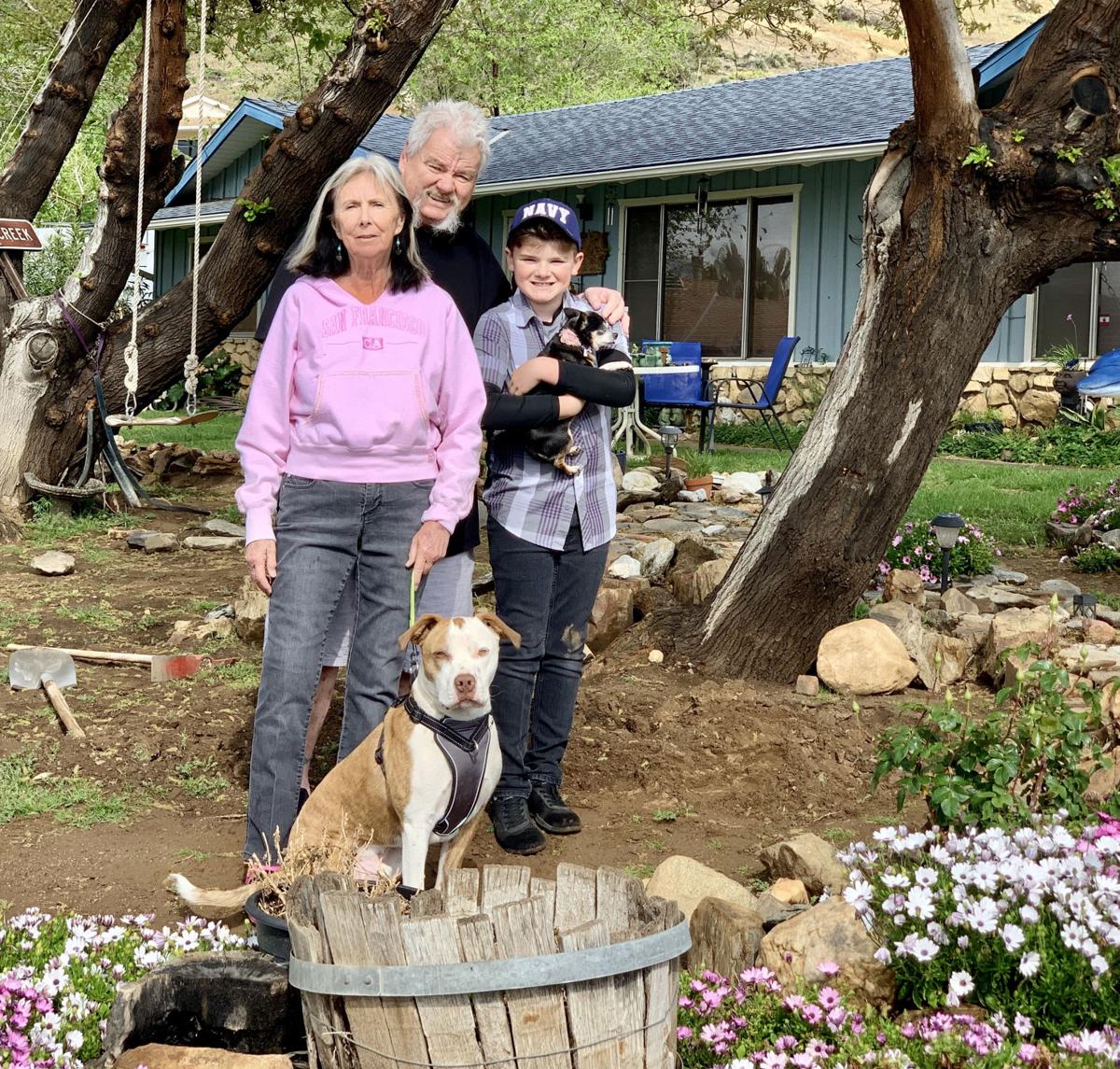 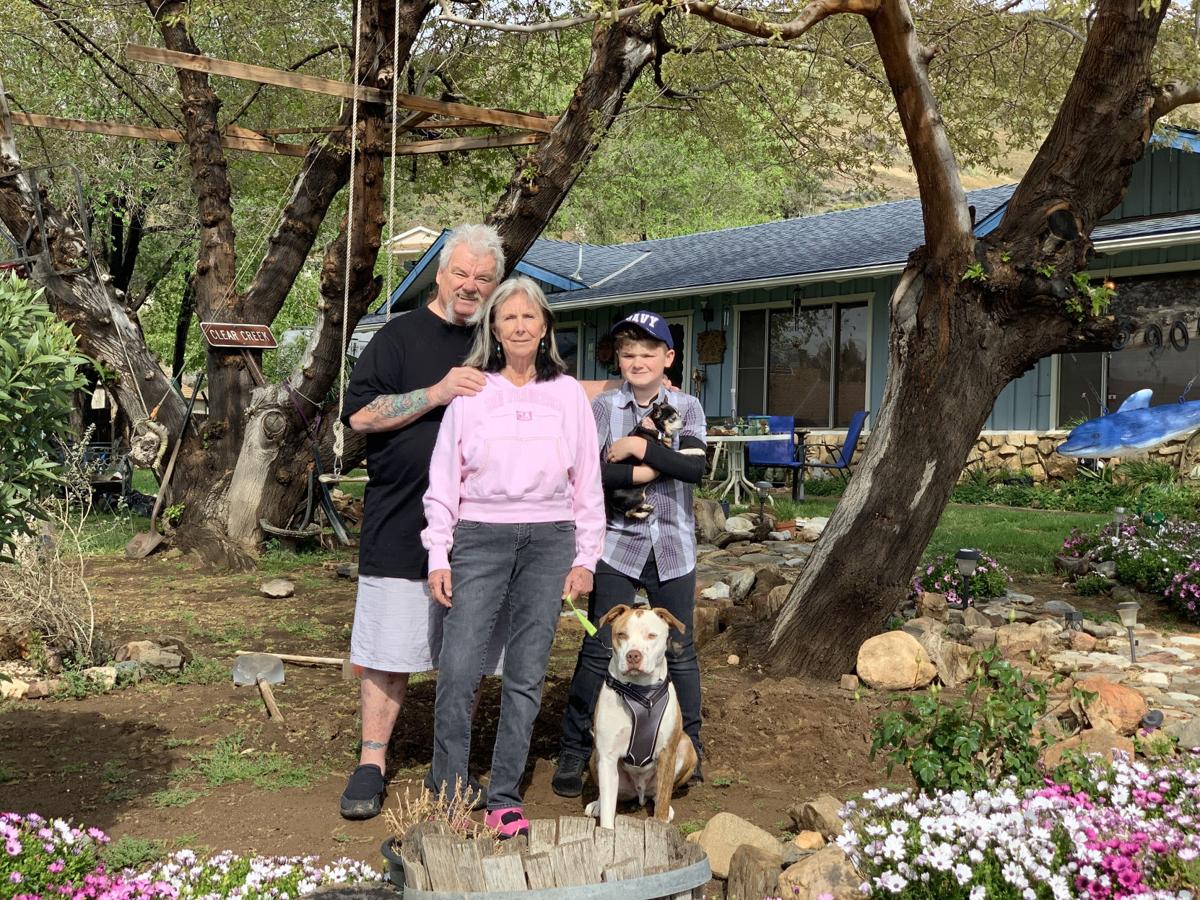 Larry Miller thought the solar panel-financing deal he was being offered in 2016 was a no-brainer.

As the Lake Isabella homeowner recalls it, a salesman told him 26 rooftop panels would cost him $200 per month — $100 less than his typical electric bill — and after that his power provider would be paying him money.

It didn't work out that way. Now, more than $20,000 in arrears on a series of home-energy loans and in danger of losing his family's home, Miller is trying to get the creditors to remove the liens they placed on his property, rescind his debt and take back their solar panels.

"They tricked me into signing everything," the 71-year-old disabled veteran said. "I didn't even know what it was I was signing.”

The Kern County Board of Supervisors and the Bakersfield City Council, worried about the potential for problems like Miller's, voted to ban such financing packages in July 2017. But that hasn't stopped the headaches he and others still suffer because of a program many say was rife with fraud.

The federal loan program he signed up for is known as Property Assessed Clean Energy, or PACE. It allows homeowners to pay for installation of rooftop solar panels and other costly energy investments through annual property tax payments.

Miller said he was rushed into signing financing documents electronically, unaware he was agreeing to loans from two separate companies totaling $48,000 plus fees.

The loans raised his county property taxes by more than $5,200 per year, or about $120,000 during the course of the loans. He said he simply can't afford to pay that much. In fact, he hasn't paid any of it.

The Van Nuys company that sold him the solar system and installed the panels is no longer licensed as a contractor and could not be reached for comment.

One of the lenders on Miller's solar system, Renovate America, did not return a request for comment. The other, Santa Rosa-based Ygrene Energy Fund Inc., said its records show Miller was equipped with the appropriate information and that he chose to move forward.

Ygrene said Miller received all the necessary disclosure forms, confirmed the scope of work and signed a certificate of completion when the installation was done. The company also said his solar system is fully functional.

The company added that it has been responsive to Miller's complaint and that it is "exploring what additional support we can provide."

No data is publicly available showing how many PACE borrowers in California or Kern County have run into trouble with their loans through the program. But in recognition of homeowners struggling with problems like Miller's, organizations have been designated to help homeowners address their debts under the program.

Stacey Tutt, director of the Consumer Law Clinic at the UC Irvine School of Law, said PACE-related abuses have led to many individual and class-action lawsuits.

Sometimes people who signed up for home improvements under the program don't realize what they've gotten themselves into for up to 18 months after they sign the electronic loan documents.

Although state government estimates PACE loans in California average $25,000, some of her clients have gotten more than $100,000 into debt.

Electronic loan signatures are one of the biggest problems, she said, because customers sign up on the spot without understanding the terms of their financing. Other problems include contractors who don't finish their work or use materials of lower quality than what was promised, she said.

Salespeople seem to have targeted older people who sign up without fully grasping their obligations under the program, Tutt said.

It's true that some salespeople working for contractors participating in the PACE program may make misleading statements to customers, said Josh Buswell-Charkow, a spokesman for the California Solar and Storage Association trade group. But in some cases, borrowers don't fully realize promised savings because they increase their power usage, he said.

He recommended potential borrowers get multiple bids on a job before signing up. He also advised making sure the contractor is licensed, that the salesperson is registered with the company being represented and that homeowners make sure to get a copy of the contract they sign.

Buswell-Charkow also suggested that borrowers who feel they have been wronged fill out a complaint and investigation authorization form on the group's website: https://calssa.org/contractor-investigation.

Daniel Alper, who is advocating for Miller as a staff attorney with the nonprofit Housing & Economic Rights Advocates, said the only way to resolve the situation is for Ygrene and Renovate America to rescind their loans to him and cancel the liens, as has been done in other cases.

He said his client would agree to continue paying $200 per month as Miller originally thought was the arrangement.

Miller said he thought the solar panels would make his home energy self-sufficient. But about four years after he signed up for a PACE loan, he's not seeing any savings on his electric bill.

Now he and his wife worry they'll lose the home Miller inherited from his father and owns free of debt other than the property tax bills he can't afford.

Miller said he remains convinced the salesperson he talked to misled him.

"I believe that somebody should be held accountable for their misleading me,” he said.

The most important aspect of the PACE exotic financial product to fund a home improvement project , is that the loan becomes of equal significance if not more important than paying your property taxes . A home with a Pace loan is collected through the county tax collection process . You cannot declare bankruptcy on your property taxes or a PACE " superloan " . The PACE superloan must be payed prior to a transfer of ownership or sale .

If the above stated facts were not made abundantly clear to the 71 year home owner in Lake Isabella , then he may have legal recourse . Timeshares , Private Prisons , and the PACE program are ripe for abuse . Look for class action lawsuits against cities who were involved in the PACE program , like Bakersfield .

Jul 20, 2017Renovate America, the largest PACE lender, also noted that, despite recent votes in Kern County to end the program, other municipalities are choosing to expand PACE, including in Tulare County ...

it doesn't seem to add up..... there must be more to the story.... not just the solar panels and property taxes.... and his dad did leave him a pretty nice house...

Poor guy. Solar is a boondoggle for so many.