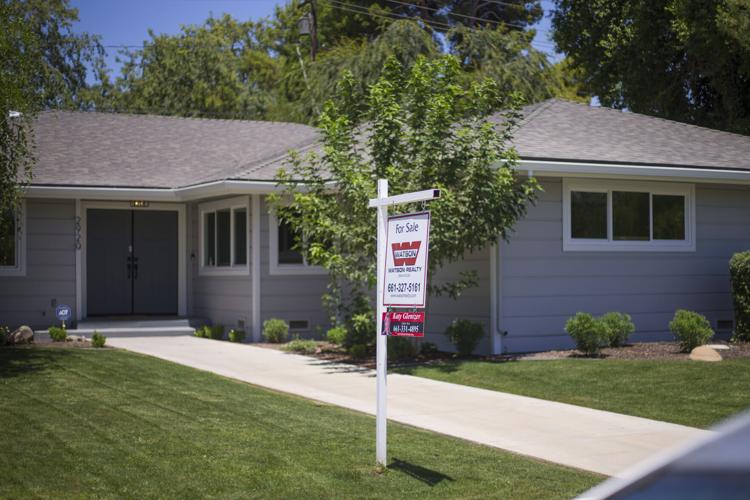 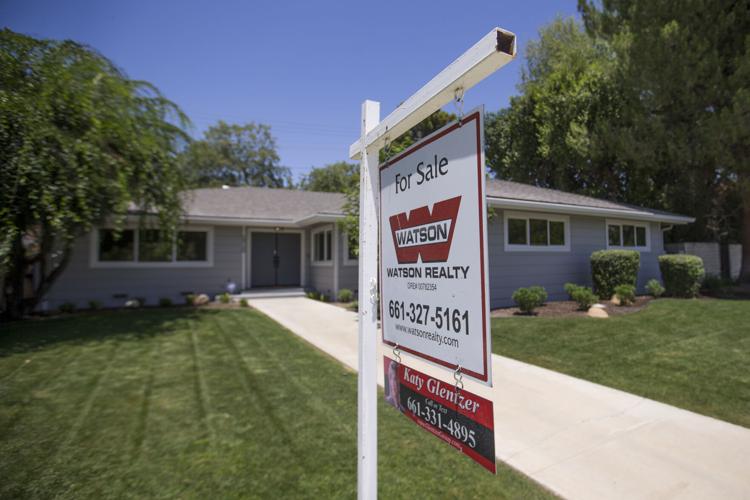 A for sale sign is pitched in the front yard of a downtown home at 2920 18th St. 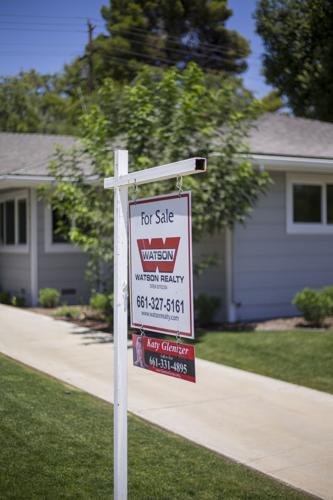 A for sale sign is pitched in the front yard of a downtown home at 2920 18th St.

Bakersfield's primary measure of local home prices took a dip last month that observers expect was the first of more to come amid expectations for continuing mortgage rates increases.

After holding steady or gaining in recent months, the median price of an existing home in the city dropped 1.5 percent to settle at $385,000, which was still up more than 20 percent from the same month a year earlier, according to data from local appraiser Gary Crabtree.

The change coincided with new weakness statewide as higher interest rates made it harder for some buyers to qualify for a home loan. Although the state home price median rose 1.6 percent in May, partly because of continuing strength in sales of million-dollar homes, the volume of sales last month dropped nearly 10 percent month over month, according to the California Association of Realtors.

Industry observers blame mortgage rates that surged 50 basis points in a single week in early May, at that time the fastest jump since 1987. Last week, the Federal Reserve raised the country's benchmark interest rate by another 75 basis points.

"Higher mortgage rates will lead to more moderations in housing activity while easing price growth, as the market finds more balance between supply and demand," Anna Albiar, president of the Bakersfield Association of Realtors, said in a statement Tuesday.

"While the underlying fundamentals remains solid so far, there is no doubt that an economic slowdown is forthcoming in the next few quarters," Albiar stated.

Crabtree's market report noted the supply of homes for sale in Bakersfield rose more than 37 percent in May to reach 609 listings, which represented a year-over-year increase of 118 percent.

Meanwhile, demand as measured by closed sales of existing homes fell 7.5 percent month over month. Sales of new homes, however, increased more than 23 percent; similarly, the median price of a newly built hope actually increased 2.1 percent in May to hit $480,100.

Crabtree noted local housing affordability has plummeted as the cost of living increased almost 9 percent it the 12 months ended in May. He observed that rising costs are "beginning to impact the market as offers above list price and multiple offers decline."

"With 60 years' market experience, I can't recall a more abrupt short-term change" in the market, he wrote.

The state association said in a news release Thursday that the state's housing market "started showing signs of a market shift in May" as the monthly average 30-year fixed-rate mortgage topped 5 percent for first time since April 2010.

The group pointed to tight supply and higher borrowing costs as the main reasons for the change. President Otto Catrina also pointed to fewer and less intense bidding wars.

"We're beginning to see signs of a more balanced housing market with fewer homes selling above list price and homes remaining on the market a little longer than in previous months," he stated in the release.

CAR Vice President and chief economist Jordan Levine predicted fewer buyers will qualify for home loans in the near term.

"With the Fed expected to raise rates further in the second half of the year, the 30-year fixed rate mortgage could surge past 6 percent by year's end and lead to more affordability challenges for potential homebuyers," Levine wrote.

Bakersfield's single-family home market may have found a comfortable resting spot after an exceptional couple of years.