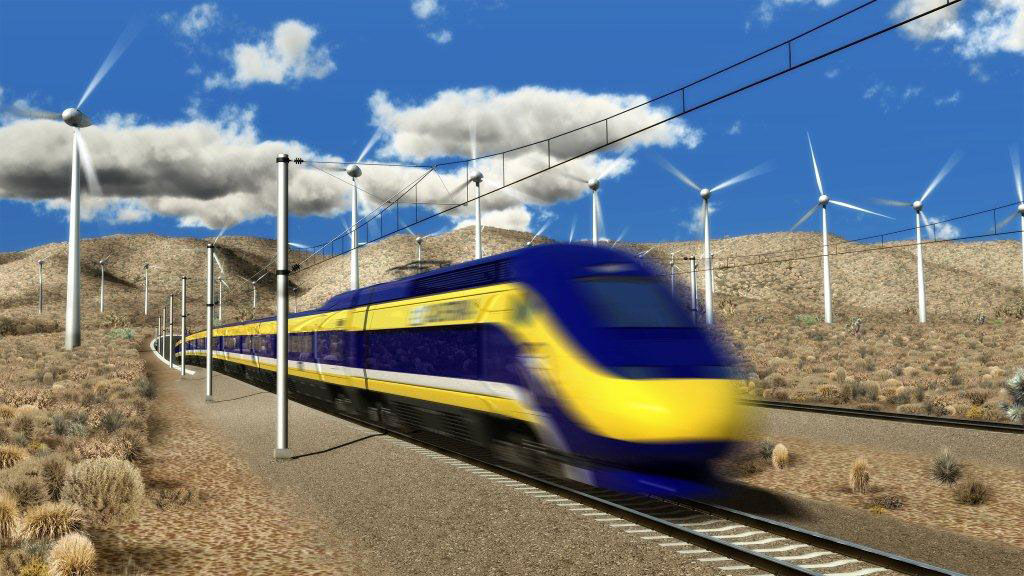 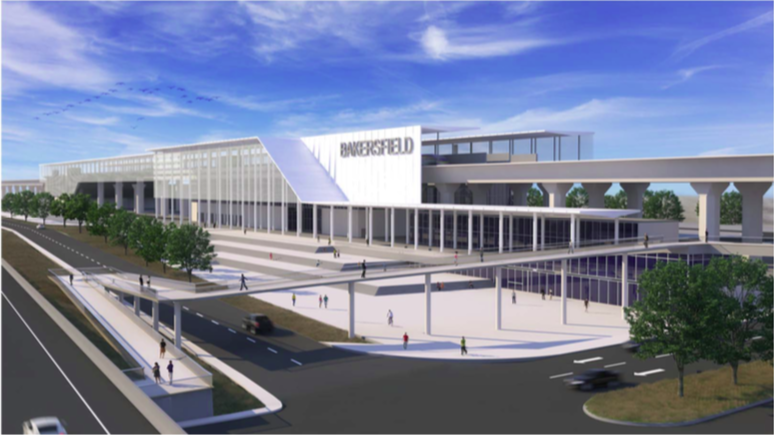 A rendering shows what a high-speed rail station might look like at the proposed location at F Street and Highway 204 in Bakersfield. 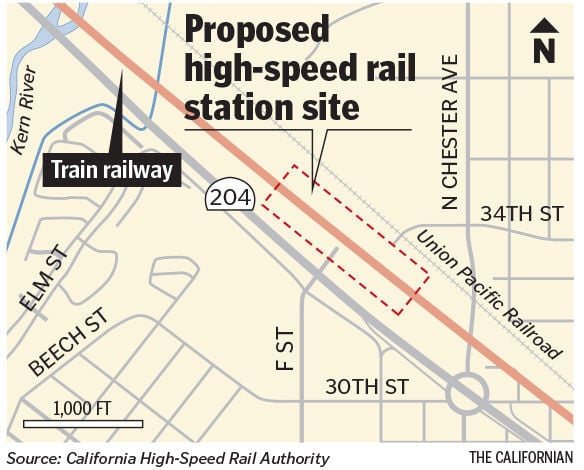 A rendering shows what a high-speed rail station might look like at the proposed location at F Street and Highway 204 in Bakersfield.

A locally supported alternative for routing bullet trains into Bakersfield won approval Tuesday from California's high-speed rail agency, capping what had been a contentious planning process that pitted city interests against officials in Sacramento.

Pending final approval by federal authorities, high-speed trains would lead southeast from Shafter parallel to Union Pacific railroad tracks before stopping at a station planned for F Street and Golden State Avenue on the northwestern outskirts of downtown Bakersfield.

An earlier alignment studied by the rail authority would have run trains all the way to Truxtun and Union avenues, causing what city government and others considered avoidable disruption to existing homes, businesses and city-owned property.

California High-Speed Rail Authority Chairman Dan Richard said Tuesday's unanimous approval by the agency's governing board, which met in Bakersfield, reflected a successful collaboration with local partners, one that will benefit the region.

"Having a high-speed rail station in Bakersfield will spur new economic activities and development in the region, and tie the Central Valley to Northern and Southern California like never before," Richard said in a news release.

They noted the new alignment affects industrial property almost exclusively while sparing homes and key city assets, such as parking for the Rabobank Arena, Theater and Convention Center.

"The alignment certified by the (rail) authority today is shorter, faster, cheaper, has fewer environmental impacts and has similar economic benefits as the previously adopted alignment," Ahron Hakimi, executive director of the Kern Council of Governments, wrote in an email.

In addition to finalizing the project's proposed route into Bakersfield, the agency on Tuesday certified a supplemental environmental impact report covering the alignment between Fresno and Bakersfield. The agency said doing so allowed it to take steps that will advance work on the project.

The environmental report remains to be approved by the Federal Railroad Administration.

The rail authority has focused initially on the Central Valley portion of the project. It expects to connect the Bay Area with Kern County before building southward toward Los Angeles, which observers say is the more difficult section.

Service between San Francisco and Bakersfield is planned to begin by 2026. Extending that segment to Los Angeles would require raising money well beyond the financial resources already dedicated to the project.

This would be great! A quick jump on the train to LA or Fresno would really give parents and families another option of things to do on the weekends.

Yep. Those two hundred dollar tickets should make for a real fun weekend for the whole family.....

Where is your source on pricing? Oh, right...you don't have one. You're literally just spouting nonsense and negativity. Be happy a thing exists that is good for people. It won't kill you.

Gary is closer to the truth than you know. Ticket prices cannot be subsidized with taxpayer money. It was written into original bond measure.