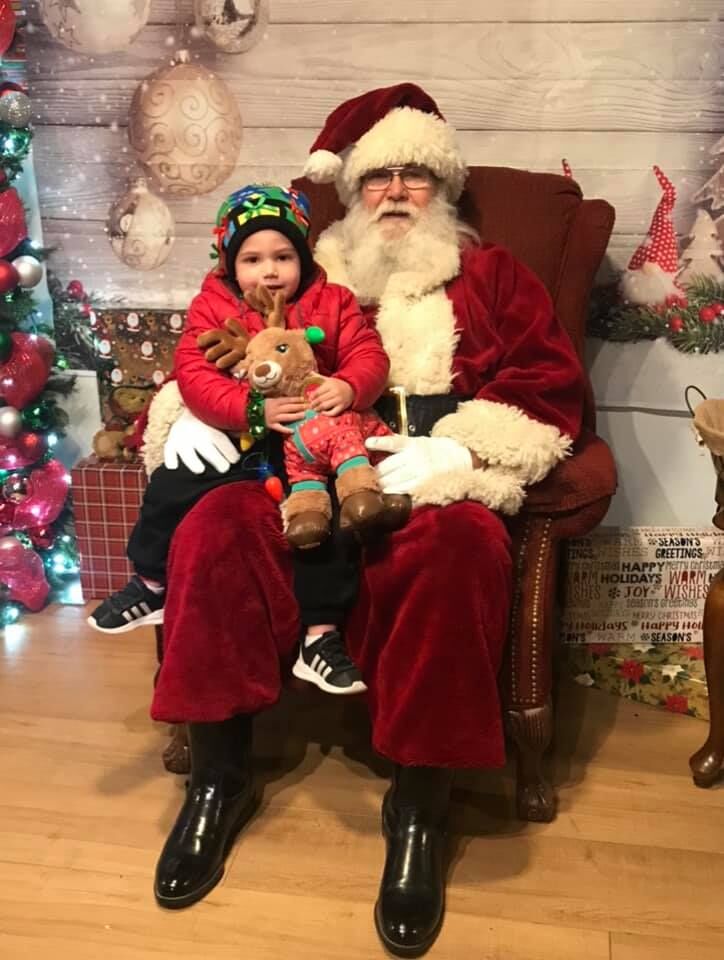 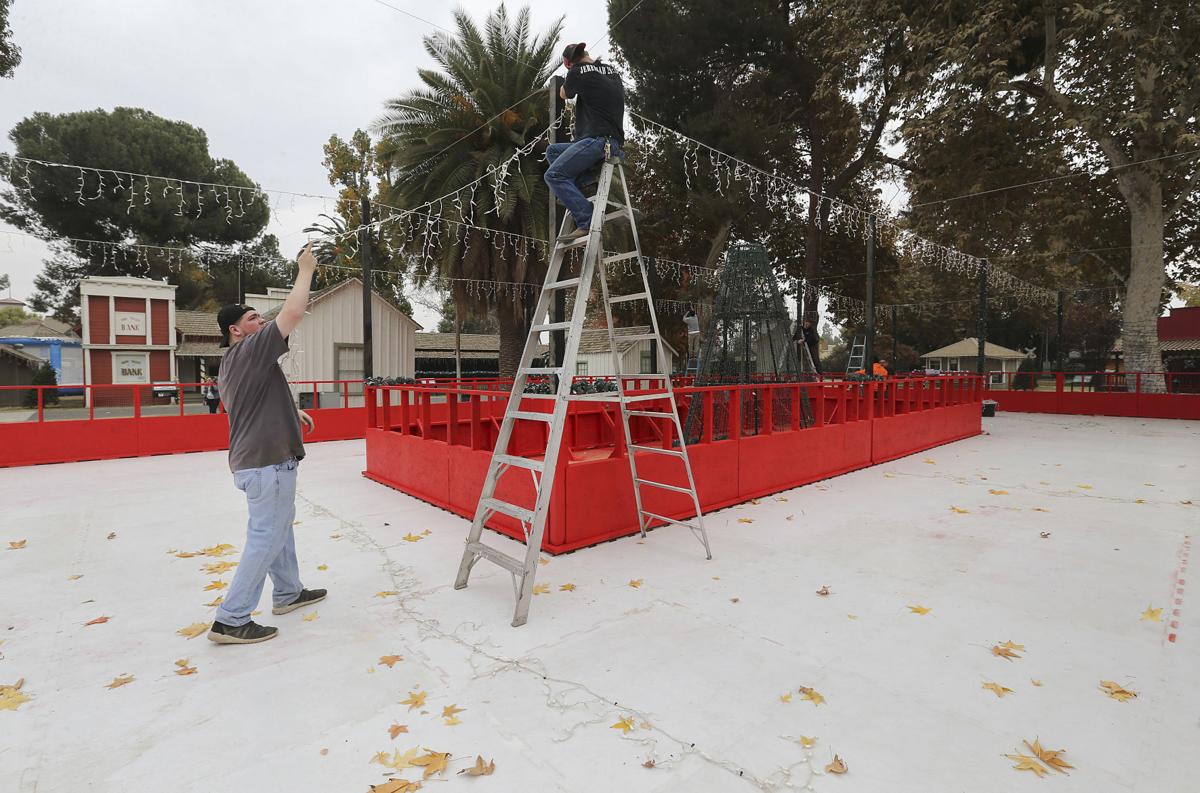 Christmas lights are strung up at the Christmas Town ice rink in 2018. The ice rink will not be open this year due to the COVID-19 pandemic. 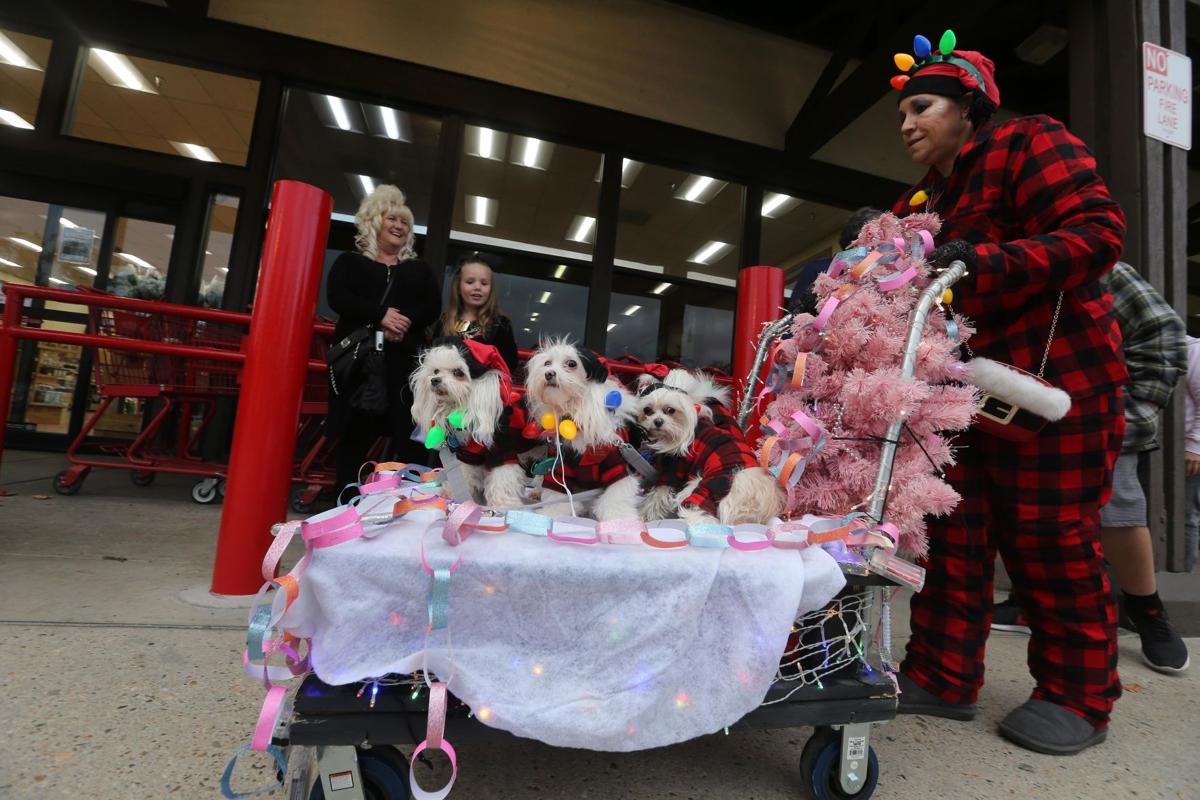 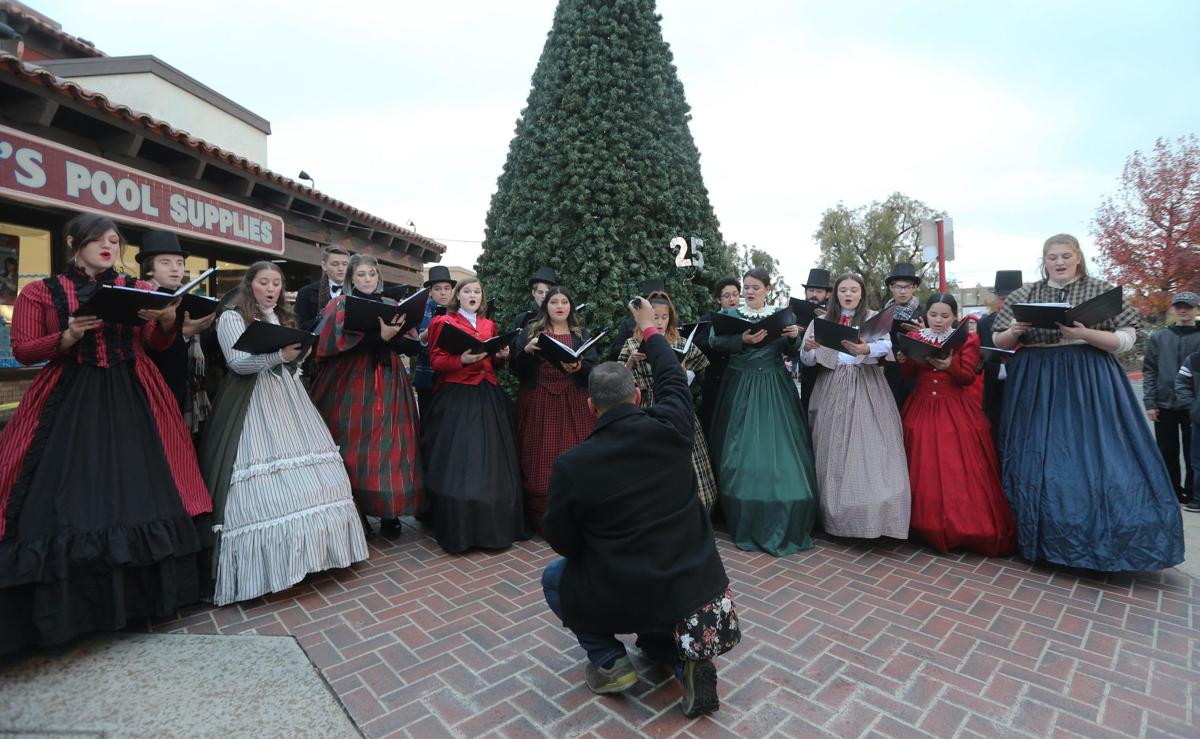 Christmas lights are strung up at the Christmas Town ice rink in 2018. The ice rink will not be open this year due to the COVID-19 pandemic.

Pandemic or not, Santa Claus Is Comin’ to Town.

That’s the message several local businesses are promoting, although interacting with jolly ol’ St. Nick might be a bit more challenging this year.

With Kern County joining most of the state in its push to the most restricted — and by some accounts dreaded — purple tier, traditional photos with Santa might look a little different this year.

Valley Plaza mall, one of the most popular local locations for photo opportunities with Santa, is promising a “contactless visit based on current state regulations,” and likely face coverings for “you and Santa.”

Although the specifics of the socially distanced visit are not outlined, other malls in the country are banning kids from sitting on Santa’s knee. Instead, children will have to tell Santa what they want for Christmas from at least 6 feet away. They may also have to do it through plexiglass, and most are requiring reservations in an effort to prevent large gatherings, which are discouraged as part of COVID-19 protocols.

The Town & Country Village Shopping Center and Bakersfield’s Christmas Town are offering drive-by service, where youngsters are encouraged to give one of Santa’s elves a letter through the window of the family car. Santa will be available for pictures, just a little farther away than in past years.

“This year will be tricky,” said Rhonda Collins, who has helped organize the Christmas festivities at Town & Country Village the past 27 years. “Santa Claus is coming ... he just won’t be wearing a mask so folks are going to have to stay 6 feet away from him. He’s a little bit older so we can’t have people sit on his lap this year.”

It’s all scheduled to start the day after Thanksgiving.

At Town & Country Village, located on the corner of Stockdale Highway and Coffee Road, the festivities are due to start at 5 p.m. on Black Friday. The traditional tree-lighting ceremony has been canceled to prevent large gatherings. The tree will already be illuminated, and the area will be sectioned off with caution tape to protect the all-volunteer staff.

In the past, the event has included carolers, dancers, acrobats — all donating their time. In the past, the Bakersfield Fire Department brought out a fire truck and let children climb up and down. There was also a train one year.

Visitors are encouraged to bring a letter to Santa and all children 14 and younger — who are wearing a mask and in a car — will be given a holiday gift bag, while supplies last.

“It’s become a tradition for Bakersfield to come out and have an opportunity to sit on Santa’s lap,” Collins said. “And to take part in all the activities and refreshments. It’s really the last of its kind where it’s a community-involved, free event, open to the public. And because of COVID-19, there won’t be any stopping. There won’t be any singing or refreshments, but it was important to continue this tradition, so long as we can do it as safely as possible.”

Christmas Town, located on the grounds of the Kern County Museum in Pioneer Village, has also had to modify its operation this year. The ice-skating rink, sled hill and hayride will not be offered. Instead, a mile-long, drive-thru route was designed, with twice as many lights this year, according to Bakersfield Christmas Town CFO Mike Ross.

“We’ve kind of been working on this all year with people predicting COVID was going to last through the holidays,” Ross said. “We didn’t get to open up for Halloween this year, so we really wanted to make sure we put together something for Christmas. Unfortunately, for safety reasons the activities like the snow hill won’t happen this year. We just felt like with people’s health, this was the safest path. But at least having something to do for the holidays, rather than having nothing.”

Bringing Santa back was a priority.

“Santa is a cornerstone of what we do,” Ross said. “Everybody likes to come and visit with him. We won’t be able to have that, but we are encouraging people to write their letter to Santa Claus. So while they are in the car they can deliver the letter and let him know what they want for Christmas or take a picture of Santa.”

“Typically, Santa is one of the longest lines that we have,” said Ross, who started this event 15 years ago, moving to its current location in 2012. “But we had to come up with a way to have him out there in some capacity. But he’s in that demographic where if he’s going to be out there, he needs to be safe and not get too close to people. But we’ll be able to keep him safe in this capacity and still be able to be there for the kids.”

Other area shopping centers are also planning to host Santa Claus, although they haven't been able to provide the exact details yet. One thing is for certain: They will likely be taking reservations.

Taking her children — and now grandchildren — has always been a family tradition for Mandi Dickey and family. Despite the additional safety protocols, the family still plans to take 3-year-old grandson Jayden, even if that means seeing Santa through the window of the family car.

"We always took our kids to see Santa at the mall," Dickey said. "Our main reason for doing that is so we could hear what (they wanted for Christmas) because they were always so secretive about it. They wouldn't tell us. We'd have to overhear what they were telling Santa what they wanted. And we did it as a kid, too, so it's just kind of a little family tradition to go to the mall."

Jayden's father, Josh, helped set up the Christmas Town drive-thru the past month and also plans to work at one of Ross' Christmas tree lots. Taking his son to see Santa is a foregone conclusion, COVID-19 or not.

"We're definitely going to take him," Josh Dickey said. "I want to try to keep things as normal as possible. There's already been so much changed in everyone's lives, I don't think the holidays are something we need to take away from them, as well."

Another option is a virtual visit with Santa Claus. Several online services have popped up. Santasclub.com offers people an opportunity to, “preserve childhood memories the Santa’s Club way.” Three different packages are available, ranging from $34.99 to $64.99. After signing up, the selected child or children receive a letter from Santa and then a time is reserved for either a prerecorded or live online conversation with Santa and Mrs. Claus.

Visitfromtheclauses.com offers a similar virtual visit, ranging in cost from $19.99 to a $149.99 package that includes a special gift from the North Pole.