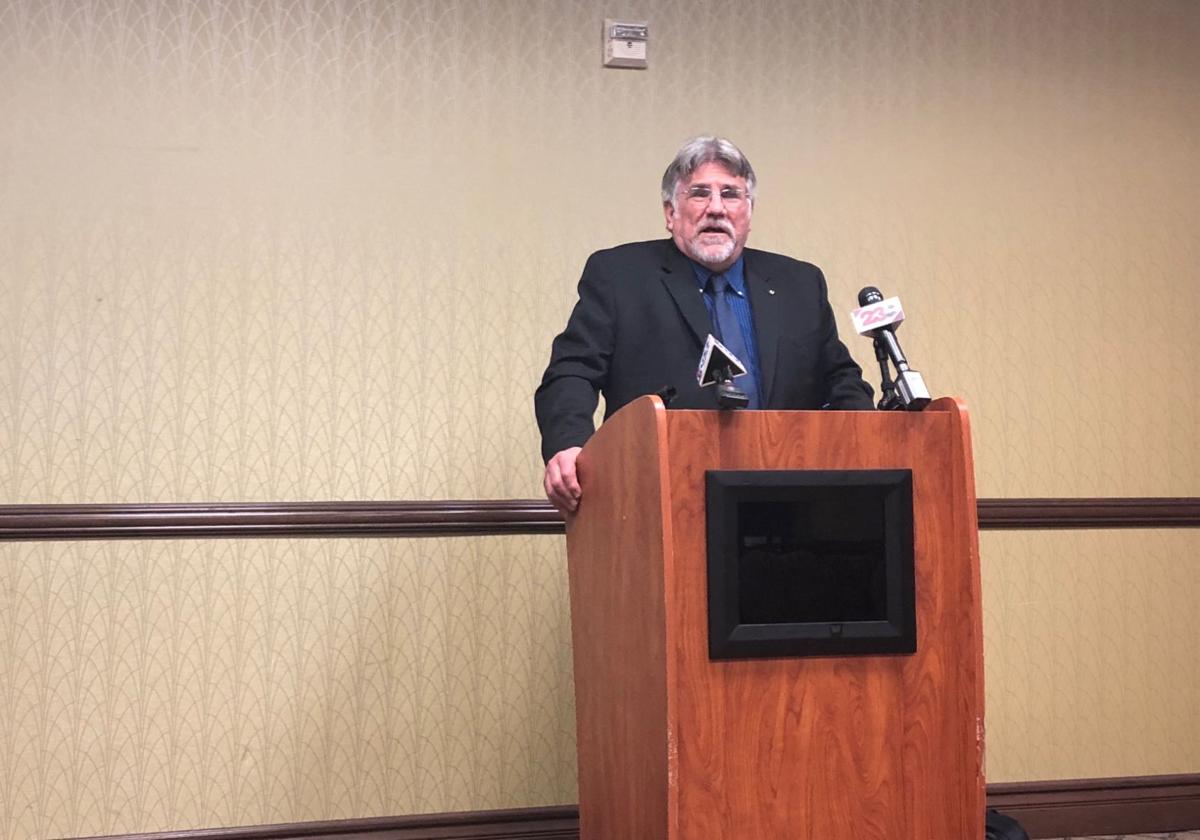 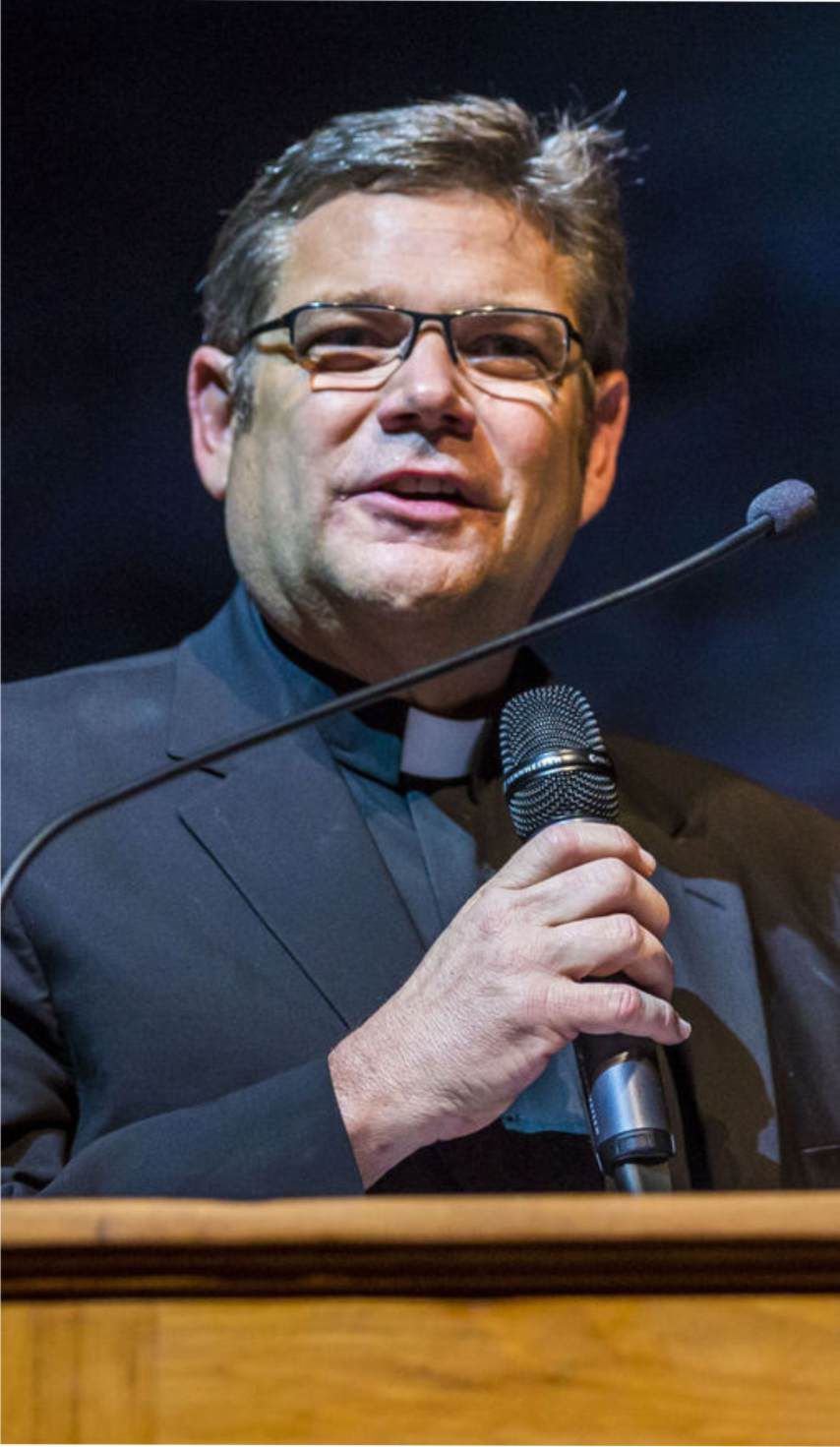 A defamation suit brought by the Rev. Monsignor Craig Harrison in an attempt to clear his name in the wake of accusations of sexual impropriety with minors is on hold for months, if not a year or more, due to an appeal in the case.

Attorney Paul Jonna, who represents defendant Steven Brady and the activist group Roman Catholic Faithful, has asked the state Court of Appeals for the Fifth District to review Judge Eric Bradshaw's November decision to deny an anti-SLAPP motion filed by the defense at the outset of the case. The motion sought to dismiss the lawsuit on grounds that the alleged defamatory speech was protected by the First Amendment.

Bradshaw found that not to be the case, saying in his ruling some evidence existed that Brady had made defamatory statements against the popular local Catholic priest. In defamation cases, an order granting or denying an anti-SLAPP motion can be immediately appealed, which puts the case in trial court on hold until the appeal is decided.

"To me it’s nothing more than a stall and delay tactic because in the filing of the notice of the appeal, it stops our case," said Harrison's attorney, Craig Edmonston. "So I think (Brady and Roman Catholic Faithful) didn’t like the way the wind was blowing in the case and wanted to change course."

Jonna, an attorney with Rancho Santa Fe-based LiMandri & Jonna, said he feels Bradshaw's ruling on the anti-SLAPP motion was wrong.

"If the ruling is reversed, the case is dismissed," Jonna said. "There’s no reason we wouldn’t appeal. We have the right to an automatic appeal."

In the lawsuit, filed in August, Harrison alleges Brady shared and published defamatory statements during a May news conference at a Holiday Inn in Bakersfield. It came several weeks after Harrison was suspended from his job at St. Francis of Assisi in Bakersfield by the Roman Catholic Diocese of Fresno, which said it had received a complaint of sexual abuse by Harrison that allegedly happened decades ago.

During the conference, Brady said he was in the process of going through his old files in an attempt to get to the bottom of the allegations of sexual abuse by Harrison.

Harrison has denied all allegations of sexual impropriety.

Prior to the filling of the appeal on March 3, the case was in the discovery phase. Bradshaw had ruled that some of Harrison's employment file held by the Roman Catholic Diocese of Fresno could be entered into evidence under court seal. He also recently ruled that Harrison has to detail the amount of damages he is seeking in the case by March 17.

Bradshaw recently ruled in Harrison's favor that Brady had to respond to a request for information and documents related to the alleged incidents of defamation and imposed a $750 fine against Brady and Jonna for not responding to the requests sooner.

Depositions in the case would have started, Edmonston said, but are now on hold until a ruling is made on the appeal.

Both attorneys remain confident about prevailing in the case.

Edmonston said Brady, complying with the judge's orders, provided texts and emails recently that appear to show he and others were conspiring against Harrison.

"The emails show, we think, they all are of similar mindset ... they’re all on the same page, on the same team, for what appears to be a similar goal," he said, referring to St. Francis priest Joe Bacca, Ryan Dixon, who was a mentee of Harrison's at St. Francis before entering the seminary, and another man who runs a Catholic activist group. Edmonston also said Brady had recently admitted in documents that he had "a healthy skepticism" about some of the claims made against Harrison.

Jonna pointed out the recent statement from the Fresno District Attorney's Office that it found allegations made against Harrison to the Firebaugh Police Department to be credible but couldn't prosecute because the statute of limitations had expired, saying "there is no way (Harrison) can maintain a defamation case against Brady and Roman Catholic Faithful."

"Indeed, the sexual abuse allegations that Mr. Brady addressed at the press conference were made in the same time period and location as the allegations the Fresno DA found 'credible,'" Jonna said.