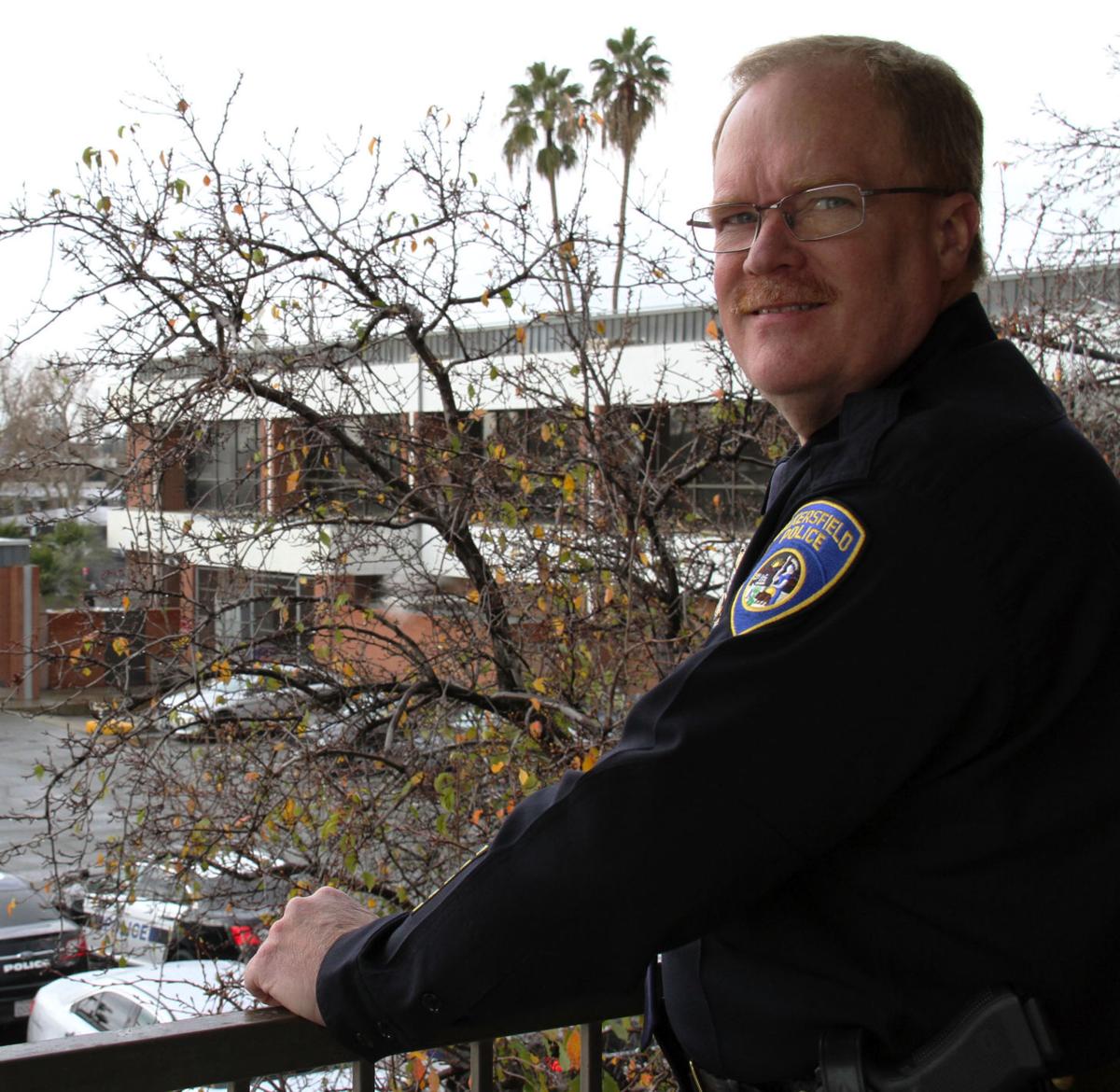 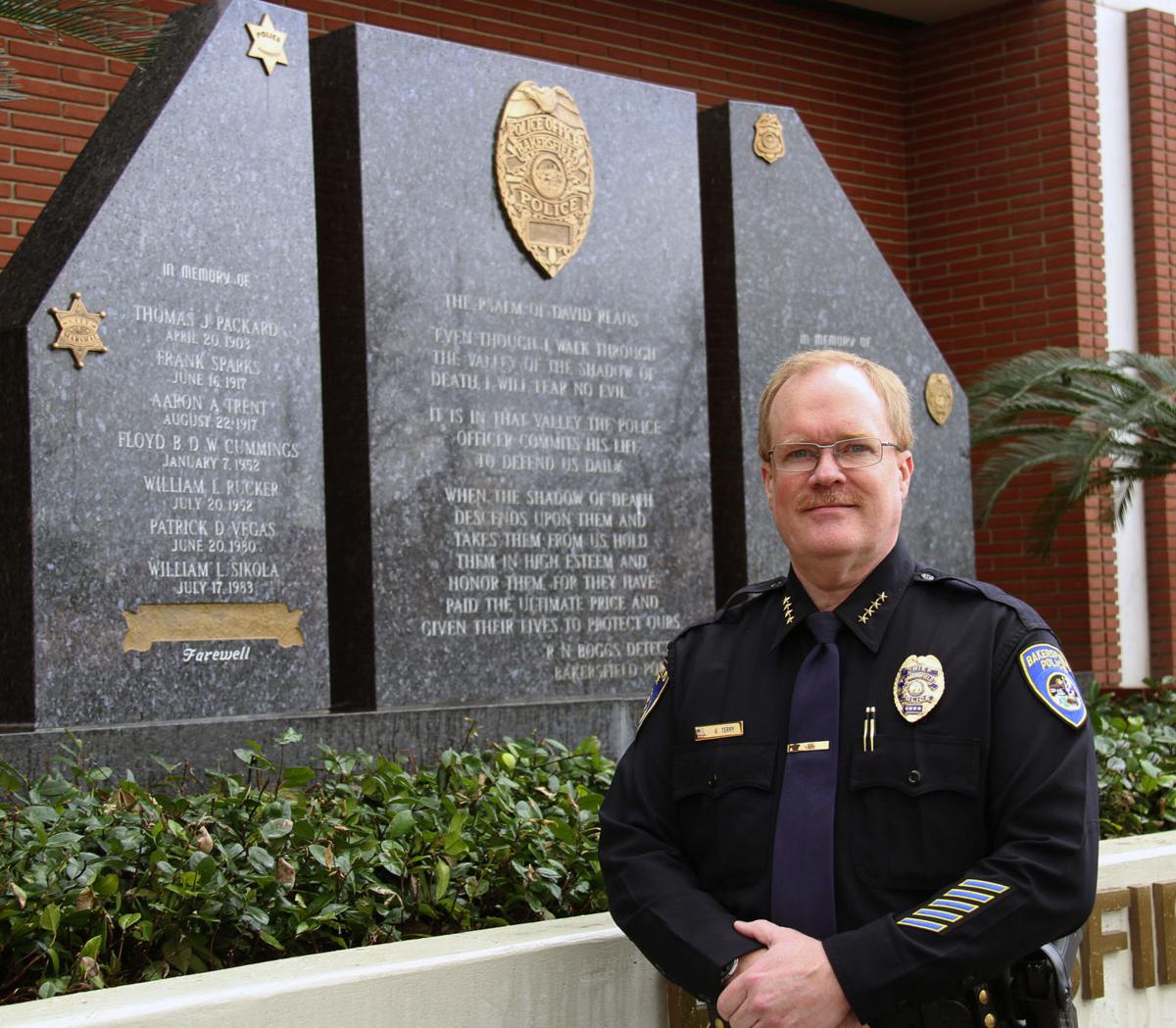 Greg Terry was named Bakersfield Chief of Police on Tuesday. 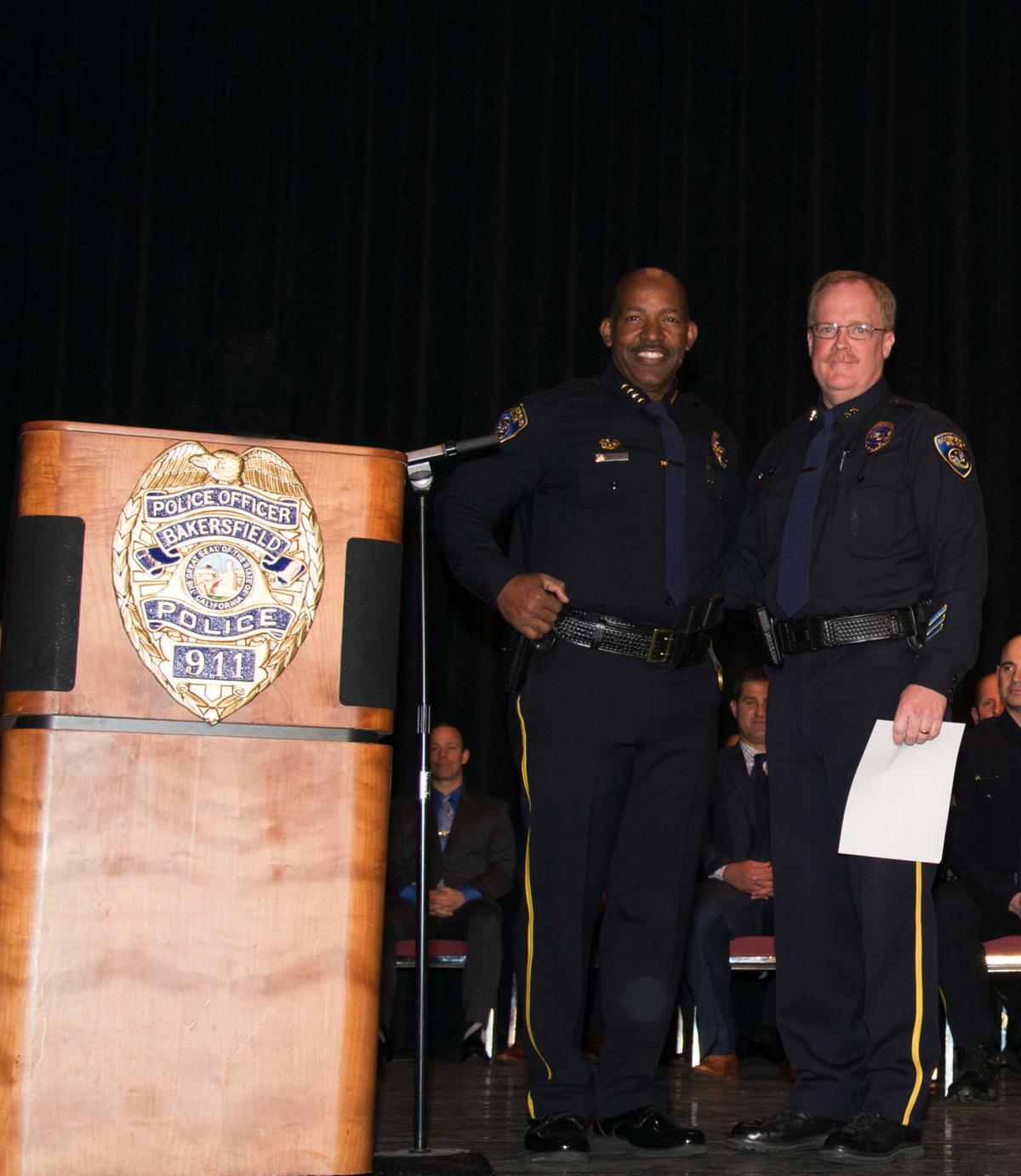 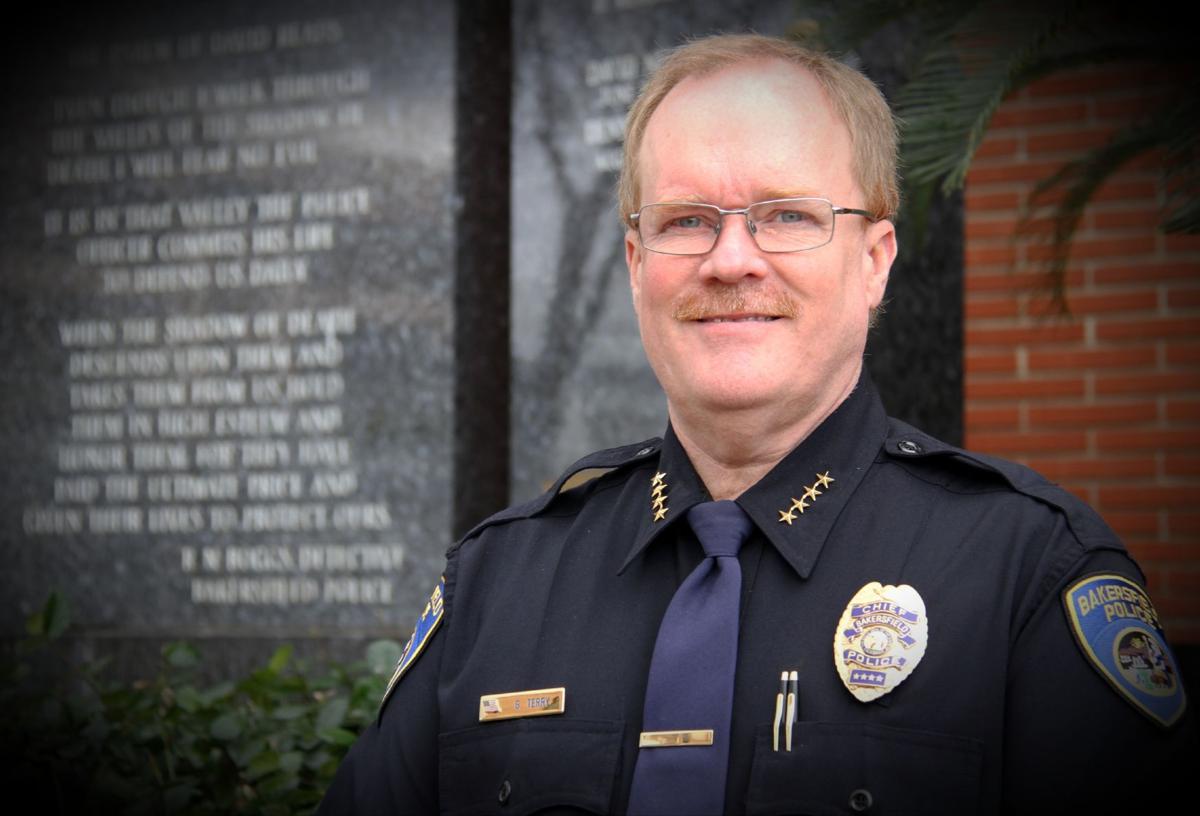 Greg Terry, a 23-year veteran of the Bakersfield Police Department, was appointed as the city’s permanent police chief Tuesday after serving in the position on an interim basis since December. 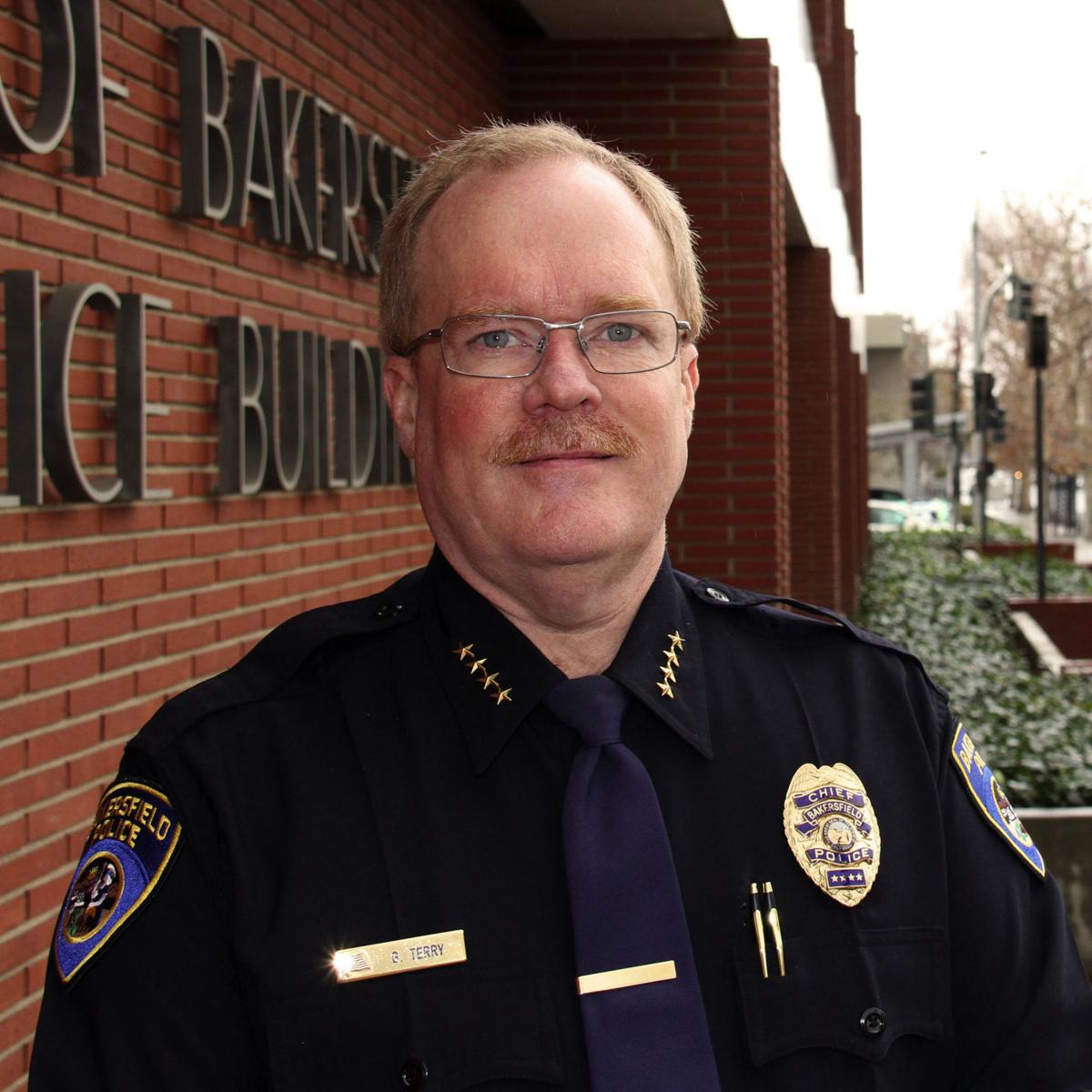 Greg Terry was named Bakersfield Chief of Police on Tuesday.

Greg Terry, a 23-year veteran of the Bakersfield Police Department, was appointed as the city’s permanent police chief Tuesday after serving in the position on an interim basis since December.

When Greg Terry arrived in Bakersfield in 1997, he hit the reset button on his law enforcement career.

A native of Lafayette, Louisiana, Terry served the first seven years of his career with the Lafayette Police Department where he eventually became detective. During that time he met his wife, a Bakersfield native living in the south.

“She was mentioning to me that she wanted to go home. So I ended up coming out here and I really liked the community and I thought to myself, ‘Well, if I need to leave, I need to leave now,’” Terry said.

Terry considers law enforcement his life’s work, and knew that switching departments from one state to another would be complicated. Terry had to start from scratch when he moved to California and had to go through the police academy again.

But he worked his way up. On Tuesday, Terry was named the 20th chief of police in the history of the Bakersfield Police Department.

“I walked through the door like I had no experience at all,” he said. “It was a little interesting, but I am grateful for the experience. At the time it wasn’t that great, but now I wouldn’t have it any other way.”

Despite not having any family involved in law enforcement, Terry pursued the profession from a young age. He considers serving others and meeting people’s needs at a diverse level the most rewarding aspects of the job.

However, becoming chief of police was never on Terry’s radar.

“There are individuals who come into the business focused on a position. I was never like that,” he said.

“I’m humbled and privileged to be given the opportunity. I will do my very best every day to ensure that we meet the community's needs.”

Through various roles held in the department over the years, Terry said he has been able to develop a variety of perspectives and skills that will be put to use at the helm of the department.

Terry was promoted to assistant chief in 2017 and named interim chief in November 2019. During those periods, he worked closely alongside former Chief of Police Lyle Martin and they developed like-minded visions. That chemistry will provide a sense of stability for BPD, Terry said.

During his time as interim chief, Terry faced an unprecedented challenge: the coronavirus pandemic. He praised BPD’s staff for their “fantastic” response and how they have handled all the punches COVID-19 has thrown locally, nationally and worldwide.

“As soon as the emergency was declared (in Bakersfield) we put a team together (at BPD) dedicated to the coronavirus to develop specific guidelines for the pandemic,” Terry said.

Terry considers the local economic impact from coronavirus as the biggest challenge facing the department moving forward. In the coming weeks BPD and city officials will prepare a budget for the next fiscal year and determine if the department needs to delay, defer or scale back on certain things.

“The hiring of the officers will continue,” Terry said. “Because of staffing increases, we were able to restore a field response for residential burglaries and I anticipate that will continue moving forward.”

The new chief’s vision for the department includes three components: identifying and solving problems that impact the community; utilizing partnerships within Bakersfield; and ensuring BPD hires the correct individuals to fit the department's vision and direction.