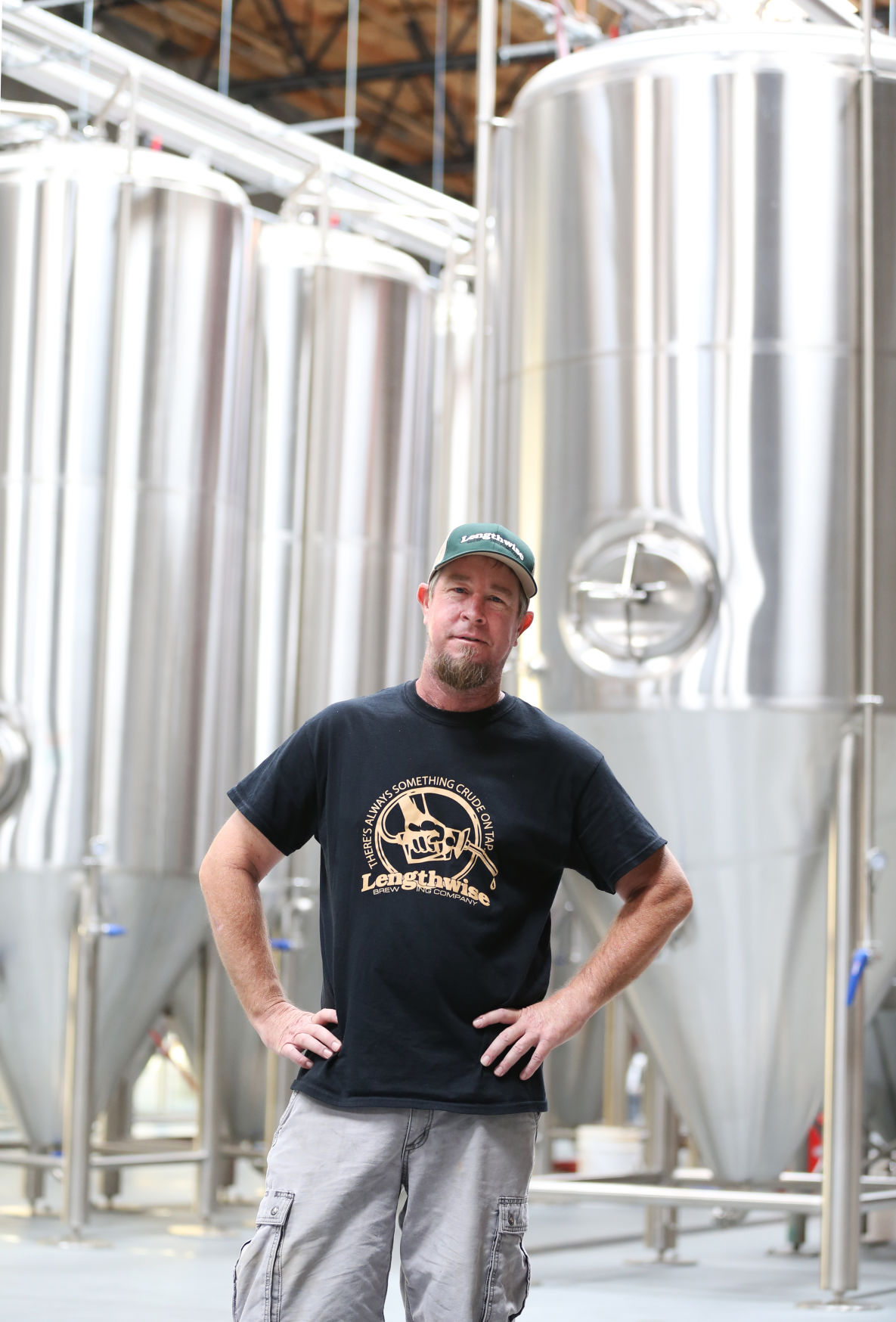 Kyle Smith, formerly of Kern River Brewing Co. and Lengthwise Brewing Co., is now launching Great Change. It's one of four new breweries likely to open in the coming months. Smith is pictured in September 2016 at Lengthwise. 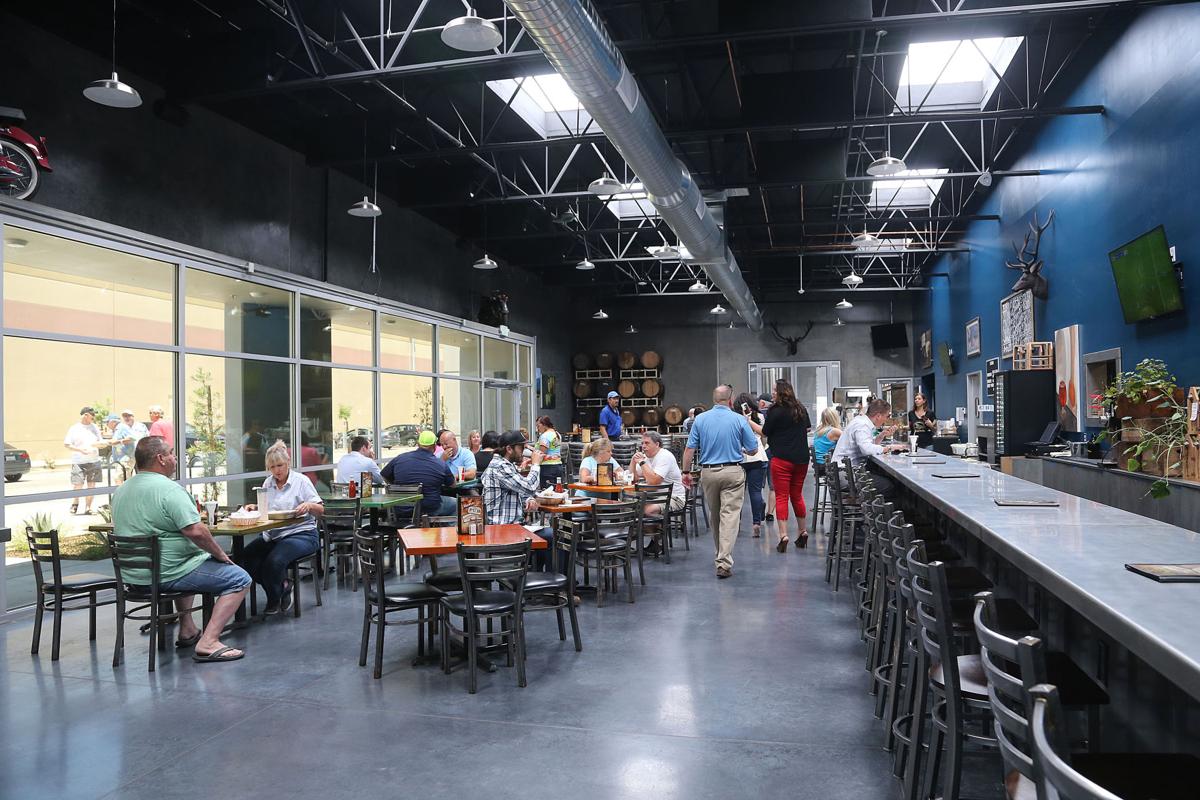 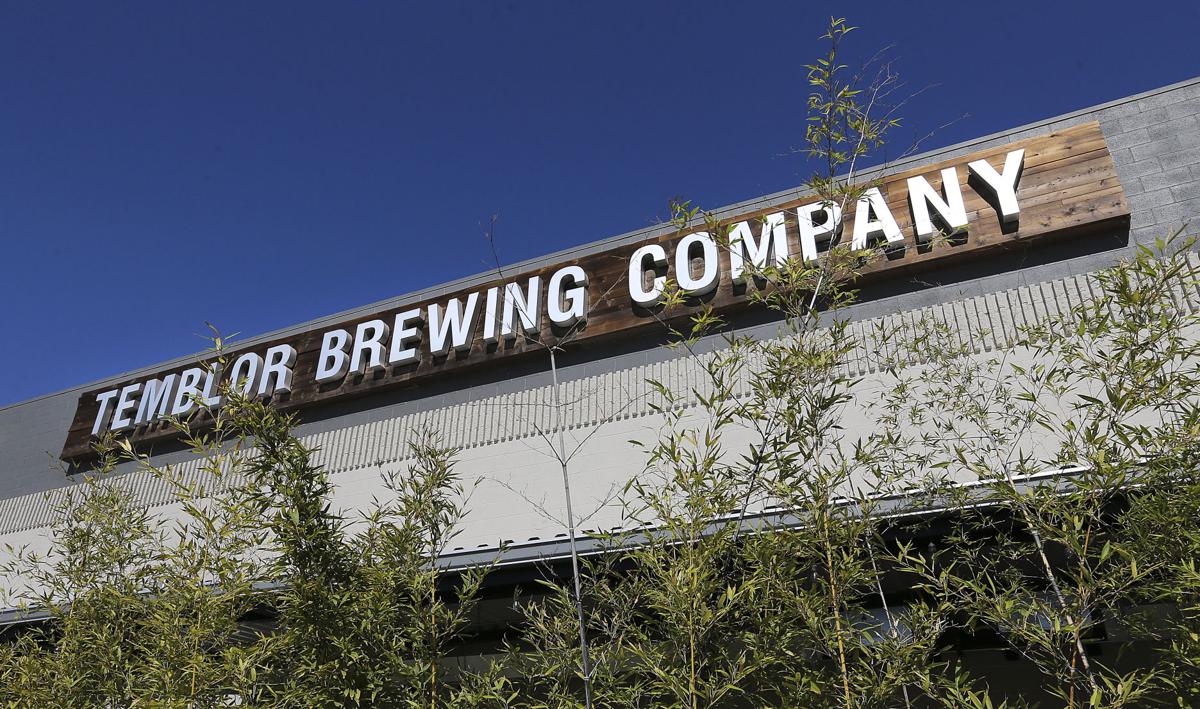 Kyle Smith, formerly of Kern River Brewing Co. and Lengthwise Brewing Co., is now launching Great Change. It's one of four new breweries likely to open in the coming months. Smith is pictured in September 2016 at Lengthwise.

Bakersfield’s fourth craft brewery, preparing to break ground in southwest Bakersfield, is aiming for a fall opening next year.

And three more breweries are hoping to follow suit.

Accountant Steve Belmont, brother Tim and their wives are teaming up with Kyle Smith, Kern County’s most decorated commercial brewer, to launch Great Change Brewing in a 10,000 build-to-suit property on Resnik Court in southwest Bakersfield.

Steve Belmont, director of accounts receivable at Bolthouse Farms, and wife Kim have been craft beer fans for nearly a decade and are fixtures in the Bakersfield community of brew geeks, homebrewers and beer businesses.

Tim Belmont is a homebrewer in San Diego, one of the nation's largest craft beer markets.

Steve Belmont said he and his brother had talked about opening a brewery for years and looked hard at locating in both San Diego and on California's central coast.

But San Diego is saturated with more than 100 breweries, with more opening all the time.

And the Central Coast was too expensive.

Eventually they realized, Belmont said, “it would be stupid not to open in Bakersfield. This place could support 10 breweries – easy.”

The two newest breweries — each just a couple years old — are small, scrappy Dionysus Brewing, which brews sours, IPAs and stouts in the southwest, and Temblor Brewing, a large, hip location on Buck Owens Boulevard with a full restaurant and an aggressive entertainment lineup of bands and national, A-list comedians.

And then there is Kyle Smith.

Smith is a veteran brewer who earned national fame as the head brewer at Kern River Brewing Company in 2011, when his “Citra” double India pale ale won gold at the Great American Beer Festival – one of, if not the most, prestigious beer competitions in the country.

Smith, who is currently working as an associate brewer at Lengthwise Brewing, will be the head brewer at Great Change, Belmont said.

“In the long run he (Smith) really wanted to do his own thing,” Belmont said.

For everyone involved the brewery will be a new chapter in their lives, said Kim Belmont.

That’s where the name is coming from.

The partners aren’t quitting their day jobs, her husband said. But Kim Belmont said they are pursuing something they love.

One of the most difficult aspects of planning the brewery, Belmont said, was finding a location.

City and county rules allow breweries in only industrial and manufacturing areas, and while the City of Bakersfield is considering changing those rules to attract breweries to downtown, the four breweries hoping to open in the near future aren’t waiting.

Landlords, Belmont said, aren’t big fans of breweries, which require enhanced sewer systems and a number of other accommodations.

“To find an existing setup is almost impossible,” he said.

Great Change eventually found a property owner who had an open lot that he would build to suit the brewery’s needs.

Location is another bonus of the deal, Belmont said.

Typically, beer geeks don’t just stop at one brewery and call it a day, so having a cluster of breweries helps all those businesses attract beer fans and brew tourists.

Great Change will literally be around the corner from Lengthwise and Dionysus is just over a mile's drive to the east.

Bakersfield Beer Company, a new bottle shop and taphouse, is located right next to Dionysus.

“People could go from us to Lengthwise to Dio,” Belmont said.

That’s what the beer community is all about, Kim Belmont said.

“We’re all friends and acquaintances,” she said.

Steve Belmont said pre-construction work has already begun for the Great Change brewery, the brewing equipment will be ordered soon and the applications for a brewing license through the federal Alcohol and Tobacco Tax and Trade Bureau have been filed.

Great Change will start out with a 15-barrel brewing system, capable of brewing that many barrels of beer in one session.

That’s five times larger than Dionysus’ three-barrel system but not quite as large as Temblor’s 20-barrel brew house.

The plan is to have the building complete by Aug. 1, 2018, the equipment installed at around the same time and regulatory clearance not long after that.

The hope is to open as soon as possible after that, the Belmonts said.

But Great Change is not alone.

Three more breweries are in the hunt for a location to set up shop.

All three said they have been stymied by the difficulty of finding an existing location they can lease.

Well-known Bakersfield homebrewer Craig Zubris has been hunting for a spot to open his three- to five-barrel Zubris Brewing Company for years.

“I have been actively looking for a location,” said Zubris, who finds that options are “very few and far between. I haven’t found that right mix.”

He looked at downtown Bakersfield.

“I ran into a lot of landlords that want a lot of money,” he said.

Right now Bakersfield brewery locations seem limited to the area around Lengthwise, Dionysus and Great Change, or around Pegasus Drive in north Bakersfield, he said.

But he isn’t giving up.

“I think I can find a spot,” Zubris said.

In the meantime he’s continuing to brew and to write about beers and brewing on his blog, “The Local Mash.”

Another homebrewer, Bryan Ollivier, has also been looking for a location for his South Valley Brewing Company.

Ollivier manages a well-drilling company in his day job.

He said he looked recently at a couple sites on Buck Owens Boulevard near Temblor Brewing but hasn’t been able to find the right fit.

Ridge Route Brewing is in the same boat, said partner Austin Powell, a solar industry professional and organizer of the Bacon and Craft Beer Festival, scheduled for Nov. 11.

He and his partner, homebrewer T J Barrie, are focused on northwest Bakersfield, Powell said.

Powell said the pair are only a couple of months away from landing a location in northwest Bakersfield on Calloway Road, south of Rosedale Highway.

"We have a location," he said. “Somebody who is really close to us is moving their business."

When that move happens, Powell said, they hope to slip into that spot.

They plan to offer a line of IPAs and barrel-aged stouts brewed on a seven-barrel system, according to Powell.

A new brewery co-owned by Kern County's most renowned beer-maker is gearing up to open in the heart of Bakersfield's brewing district.