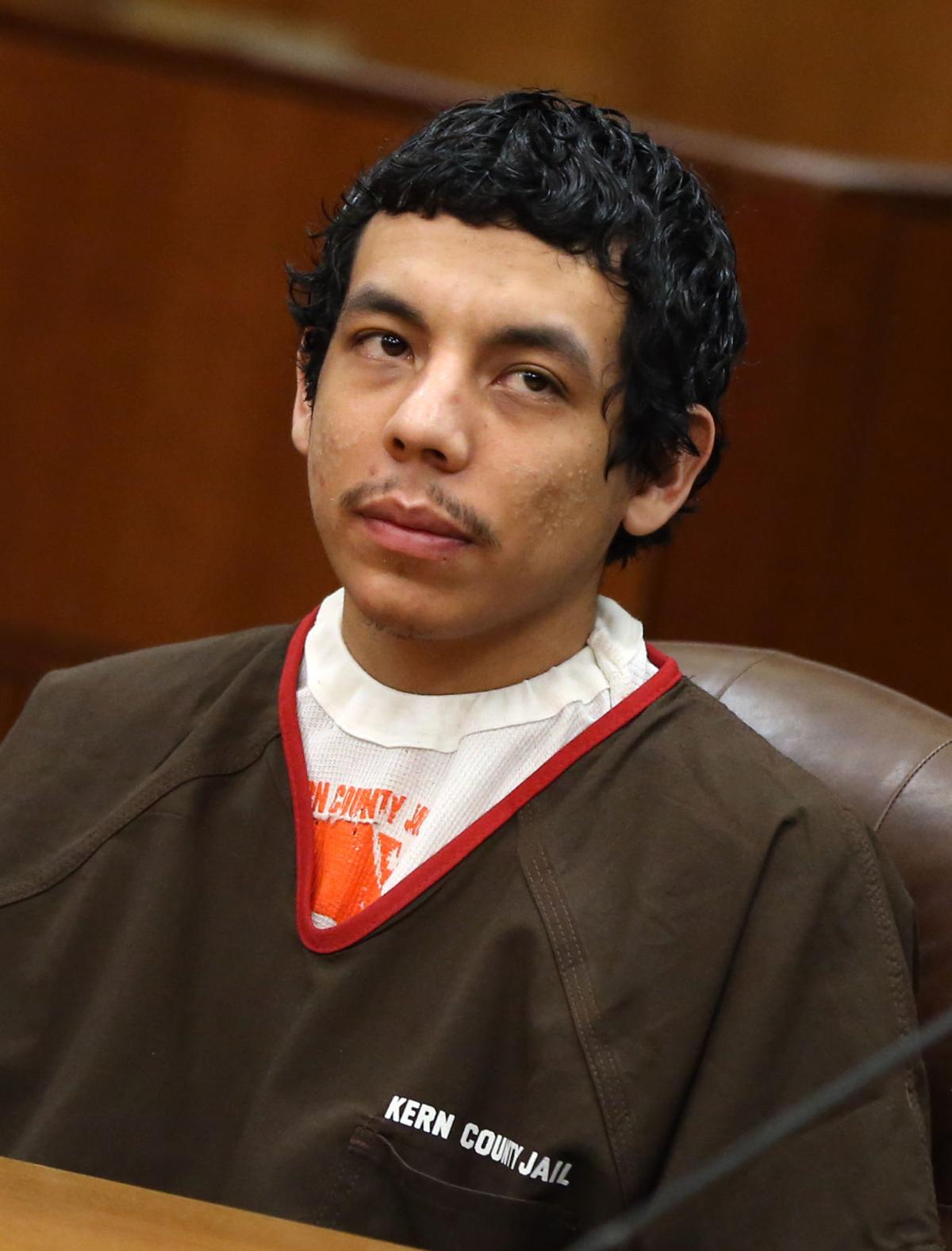 Julio Romero during a hearing in September. 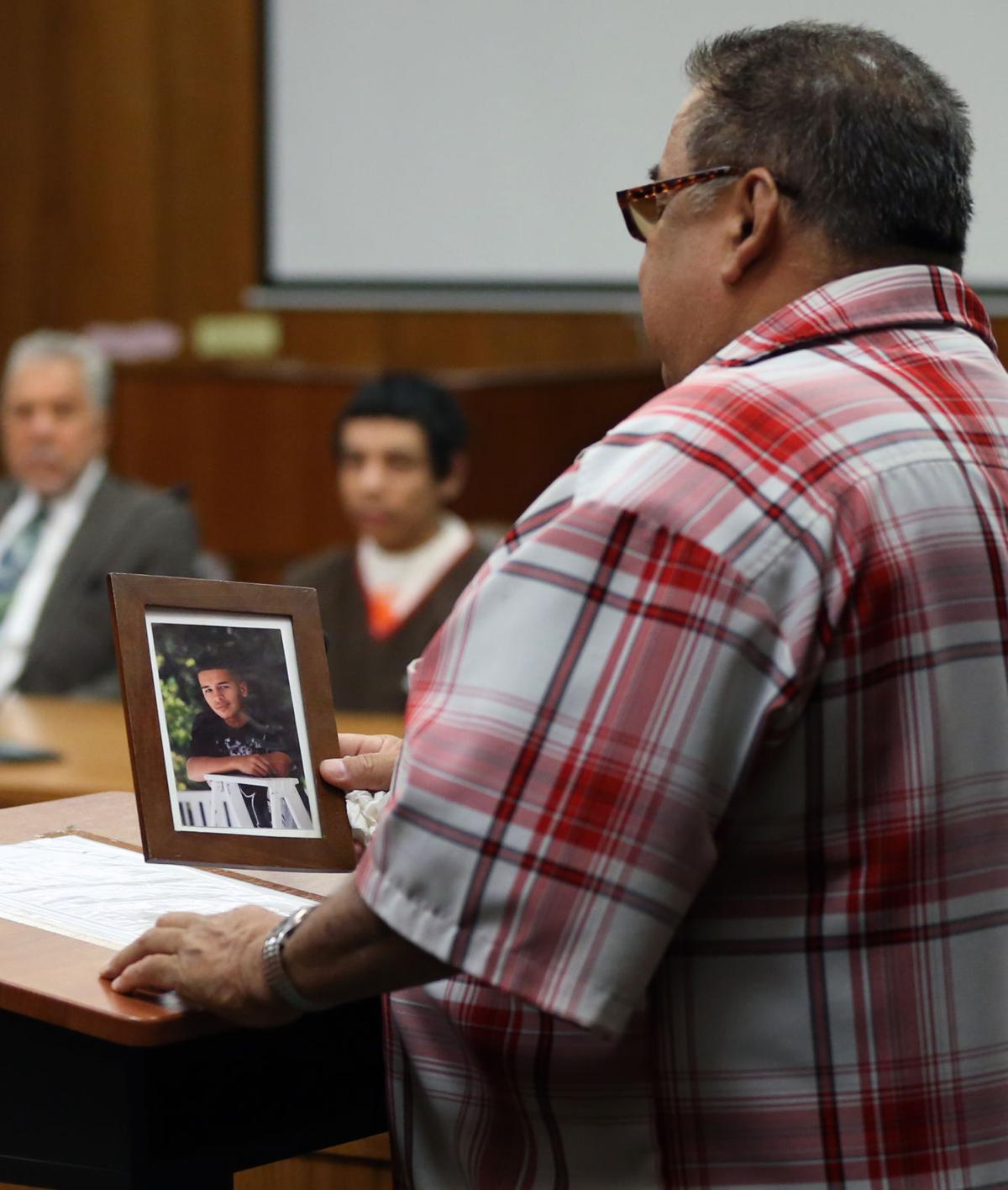 Manuel Garcia holds a photograph of his grandson, Jose Garcia, who was murdered by Julio Romero (background center) at a party in 2013. Sentencing for Romero was continued.

Julio Romero during a hearing in September.

Manuel Garcia holds a photograph of his grandson, Jose Garcia, who was murdered by Julio Romero (background center) at a party in 2013. Sentencing for Romero was continued.

Manuel Garcia looked into the eyes of his grandson’s killer and told him he can forgive him, but he’ll never forget the pain he’s inflicted on his family.

As Garcia finished speaking to Julio Jesus Romero in Department 8 of Kern County Superior Court, he said tough times are ahead for the 24-year-old. The realization he’ll be living the rest of his life behind bars will begin settling in as he’s transported to state prison, Garcia told Romero, and his first night there will likely be spent “crying your eyes out.”

“I pray for your soul,” Garcia said.

Romero, a self-proclaimed member of the Colonia Bakers gang, shot and killed Jose Garcia III, 20, and Feliberto Ponce, 17, and wounded two others early May 26, 2013, at a party in the 3700 block of Columbus Street. None of the victims were gang-affiliated, prosecutors said.

The shooting occurred when a fight broke out after a group of people Romero was with refused to pay a $2 cover charge to attend the party. Romero shot the victims in the back as they ran away.

He fled to Mexico where he was apprehended two years later.

Judge Michael E. Dellostritto allowed family of Romero’s victims to speak during Thursday’s hearing despite the fact that sentencing was postponed to Oct. 6. Dellostritto said he recognized that people had taken time off from work to be there, and he wanted to give them an opportunity to express their feelings in case they couldn’t make it on the new sentencing date.

Garcia was the only one who spoke. He said Jose Garcia would visit him and discuss his goals for the future, including becoming a tattoo artist. Now those plans will never be fulfilled, Manuel Garcia said.

“No grandson or child should leave before their parents or grandparents,” he told the court. “It’s just not right.”

Alan Baum, the Encino-based lawyer representing Romero, apologized to those in the courtroom for the delay in sentencing. He said he failed to finish a motion for a new trial in time for Thursday’s hearing due to personal and business reasons, as well as his unfamiliarity with Kern County’s requirement that he specifically ask for a probation report on his client instead of one automatically being delivered to him.