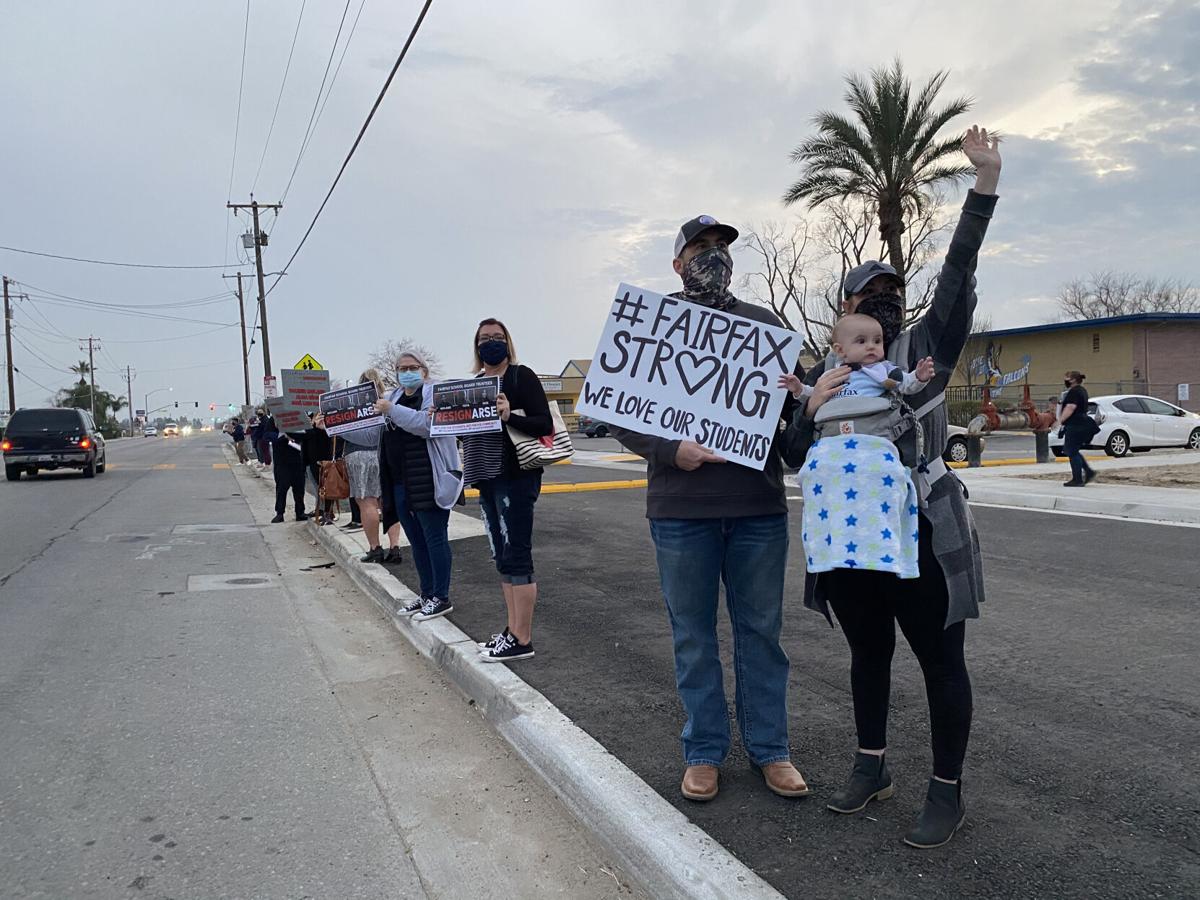 A Kern County grand jury report released Thursday says the Fairfax School District is being governed by a “school board in crisis.”

The report paints a picture of a “divided and dysfunctional” board where the majority “allow[s] the bullying of the minority.” It also stated that the cost of legal services over the last year “may be placing a burden on the District’s budget and taking funds that are not being used for the direct education of students.”

The report makes a series of recommendations to the board to right the ship, which include removing its current president Palmer Moland and retraining another member for the position by June 30.

“This will eliminate a major contributor to the dysfunction of the Board,” the report said.

The grand jury report is the latest in a saga that has seen the Fairfax board come under significant scrutiny from staff, parents and the community as a whole for what has been deemed as abusive leadership and an alleged misuse of district funds.

The report said Moland engaged in unprofessional conduct, lacking “civility, dignity and respect.” But because of time restraints the report stopped short of initiating the accusation process, which empowers a grand jury to remove officials.

“Future Grand Juries may consider this process if the conduct of the Board Member continues,” the report stated.

The grand jury report only refers to Moland as “the Board Member.”

Moland, for his part, sounded upbeat on Thursday talking about the grand jury report — even the idea of stepping out of the presidency. He said he felt like everyone on the board should rotate into the position.

“I think it’s a really good directive of what the board should work on and can do,” he said. “I think it’s a good road map with the recommendations. I don’t think you can go wrong.”

Fairfax School District is a 2,700-student district in southeast Bakersfield. The report notes the community is pursuing a recall campaign against Moland, as well as the other two board members of the board who typically vote in tandem with him: Alma Rios and Jose Luis Tapia. It also notes board members are facing a Fair Political Practices Commission complaint.

The report begins its board history with a complaint filed in May 2020 claiming that Moland created a hostile work environment for district employees. The board hired an independent firm, which produced a 110-page report with 440 pages of exhibits. Its cost totaled $40,000, according to the report.

A censure resolution based on the report failed in a 2-2 vote at the board’s Dec. 15 meeting. Tapia ousted longtime board president Javier Moreno in November’s election and voted with Rios to defeat the measure. Then they voted with Moland to make him board president.

Since then, board member Victoria Coronel has repeatedly asked during open session — without success — for the censure resolution to be placed on the agenda for board discussion.

The grand jury report sided with her in recommending that the board return to the censure and “complete the process and close the complaints against the Board Member” by Sept. 1.

Moland has disputed these allegations and said he was open to some kind of forum where he could defend himself.

“I don’t ever think that I got a chance to address anything in the censure,” he said.

A separate email sent to the entire board seeking additional comment went unreturned.

Kristina Budy, vice president of the Kern Fairfax Teachers Association, was also happy to see the grand jury push for the board to return to the censure.

“We have endured this ongoing harassment for far too long,” she wrote in a statement. “We look forward to the quick removal of the three dysfunctional individual who are dismantling the educational process for the students we serve.”

The report critiqued the way the board conducts business. It ordered the members to immediately stop bullying other members and said members “need to be schooled on the requirements of the Ralph M. Brown Act.”

The report said it appeared that the board might have been in violation of the state law requiring officials to conduct the public’s business in open session.

“When Board Members vote on agenda items without discussion and stop other Members from questioning and/or discussing the purpose of the action, it leaves the public with the suspicion that a closed door or outside planning/discussion took place prior to the meeting,” the report said.

The grand jury was particularly concerned with the hiring of outside counsel Fagen, Friedman & Fulfrost in January. It was done over the objections of the board minority and community. Moland allowed no discussion on the item.

“The Board Member contacted and negotiated a contract with an outside law firm without the approval or knowledge of the entire Board,” the report states.

The grand jury obtained invoices from Fagen, Friedman & Fulfrost for January and February totaling $11,206 for 42.4 hours of legal services. The invoices, the report noted, left the impression that the main purpose of the outside counsel was to protect Moland from the censure and to re-redact the investigative report for public release after the district’s general counsel Schools Legal Service had already redacted it.

The grand jury outlines 12 recommendations. One is verifying that board members are current residents within district boundaries before the next board meeting. Another asked board members to make their contact information publicly available. It also recommended the board get intensive training and go to a retreat for conflict resolution.

Grand Jury report on board of Fairfax School District

The Kern County Grand Jury released a scathing report on the board of the Fairfax School District. It outlines ways that the board has violate…