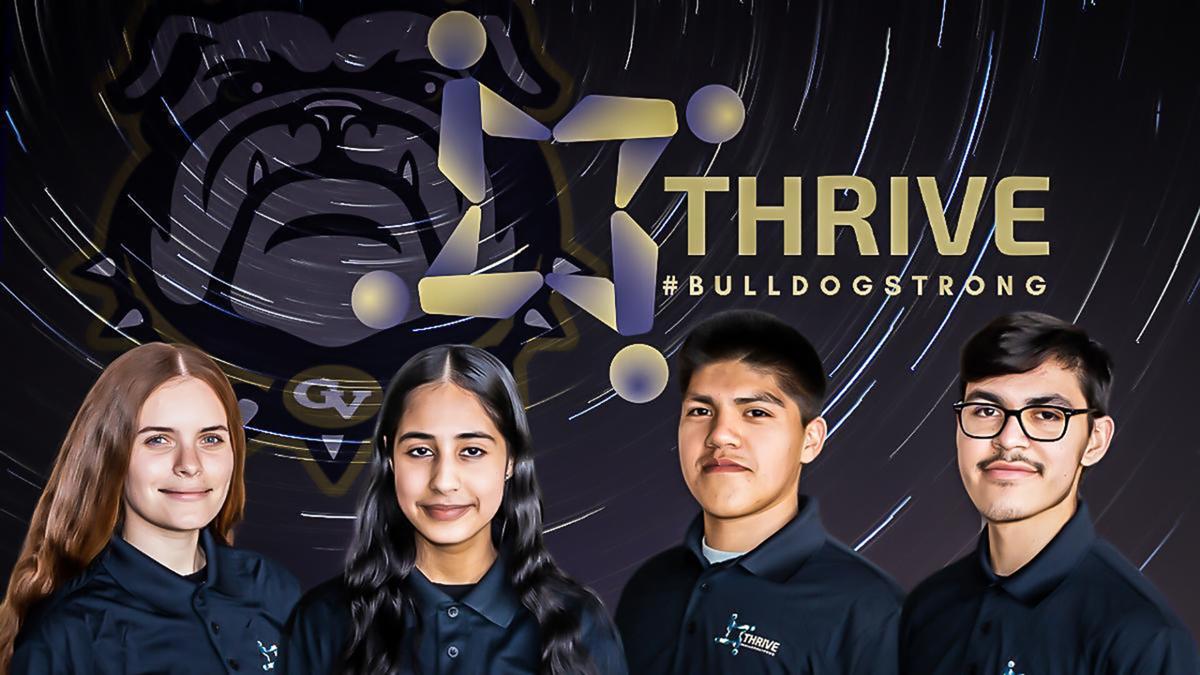 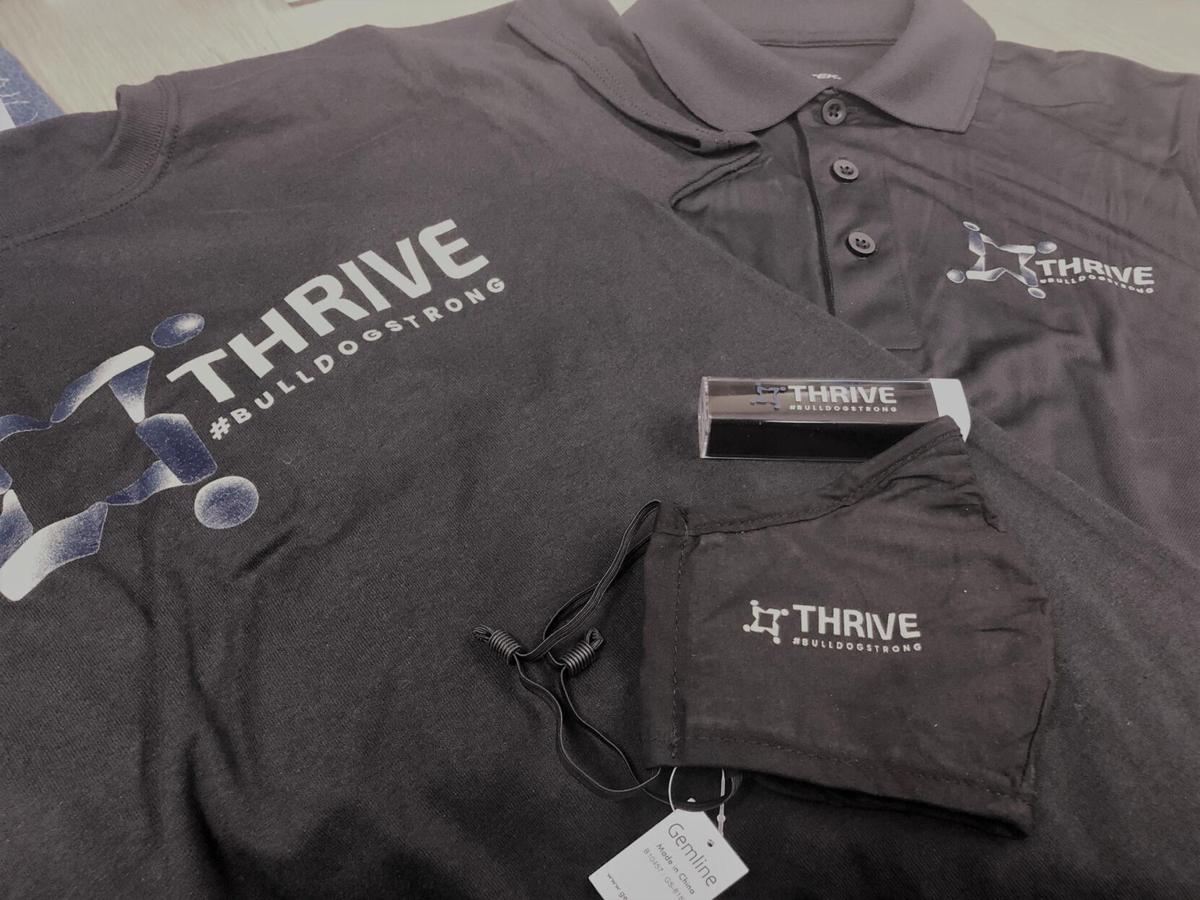 Students who participate in THRIVE can be rewarded with t-shirts, polos, phone chargers, masks, pens and lanyards.

Students who participate in THRIVE can be rewarded with t-shirts, polos, phone chargers, masks, pens and lanyards.

The project is the brainchild of Golden Valley High School senior Jayden Reyes Sarmiento. She and fellow senior Gerardo Bernal were invited to be student representatives on the school's support team. The idea came up during a discussion in October.

"We were discussing the struggles that students were going through academically and emotionally," Sarmiento said. "I was thinking, 'What would be better than students helping students?' Because we really relate to what they're going through, and we know exactly how their struggles feel."

The Golden Valley administration has not only been supportive of this idea, but they've given students the space to do the work on their own terms, too, Sarmiento said. These students not only came up with the idea but they've executed everything from the weekly meetings with struggling students to the logo on the swag they're beginning to give out to participants. They came up with the name of the group itself, too: THRIVE stands for Timely, Honesty, Respect, Improve, Valued, Engage.

Sarmiento and Bernal began the group, but they also brought in Juan Duran and Manjot Sidhu. All four are involved seniors who know the ropes at Golden Valley and aren't afraid to share their own stories with fellow students.

Every Wednesday the THRIVE team hosts a meeting with a full agenda based on feedback they get from the group. One of the problems that has continued to come up is students struggling with motivation during the era of distance learning.

"They’re feeling unmotivated. They don’t have that social motivation," Sarmiento said. "That's what makes our peer support group so important."

Sarmiento said all the THRIVE leaders are self-motivated, so they shared their own tips and tricks for staying on top of their studies and time management. But they're not afraid to share their own problems, too.

"I can kind of feel more for those students who struggle," Bernal said. "I feel like I can empathize with them. I’ve been in their shoes."

Sarmiento noticed that when leaders share these vulnerable moments, it helps students start to open up about how they're feeling. She's seen some students who began the program closed off and hesitant warm up over time.

"A lot of them keep those feelings inside," she said. "People have a place to let it out."

One student in particular has grown a lot in a short period of time — and his grades have gone up, too.

"He reaches out to me personally," she said. "He was really an inspiration to me to keep going."

The group is small, but it has had a ripple effect on teachers and staff, who find themselves taking that extra step to reach out to students who might seem disengaged.

"They inspire us as educators to be better," said Kyle Wylie, assistant principal at Golden Valley.

He and other staff members, which include a social worker, interventionist and two deans, serve as THRIVE's guides. They are part of the school's network that refer students to THRIVE. They also check in with THRIVE's student leaders on Mondays.

"They need to focus and reflect," Wylie said. "They need an outlet themselves."

Wylie notes that they also monitor meetings just in case any of the students bring up anything serious, such as abuse or harm, that might require adult intervention.

The group is still small at this point — there are three to five participants in a meeting at a time — but its impact is spreading. Students on campus have heard about the group, and some are interested in getting help, but many others want to become leaders and help out their struggling peers, Sarmiento said.

It goes beyond Golden Valley, too. Sarmiento and Bernal have been tapped to speak at the district office, and many other schools in the districts have been asking them how to start their own THRIVE groups on campus. Wylie said eight schools are interested so far.

"We hope to see this type of program expand to other schools not just in Bakersfield but outside Kern County," Bernal said. "That's what we'd like to see long-term."