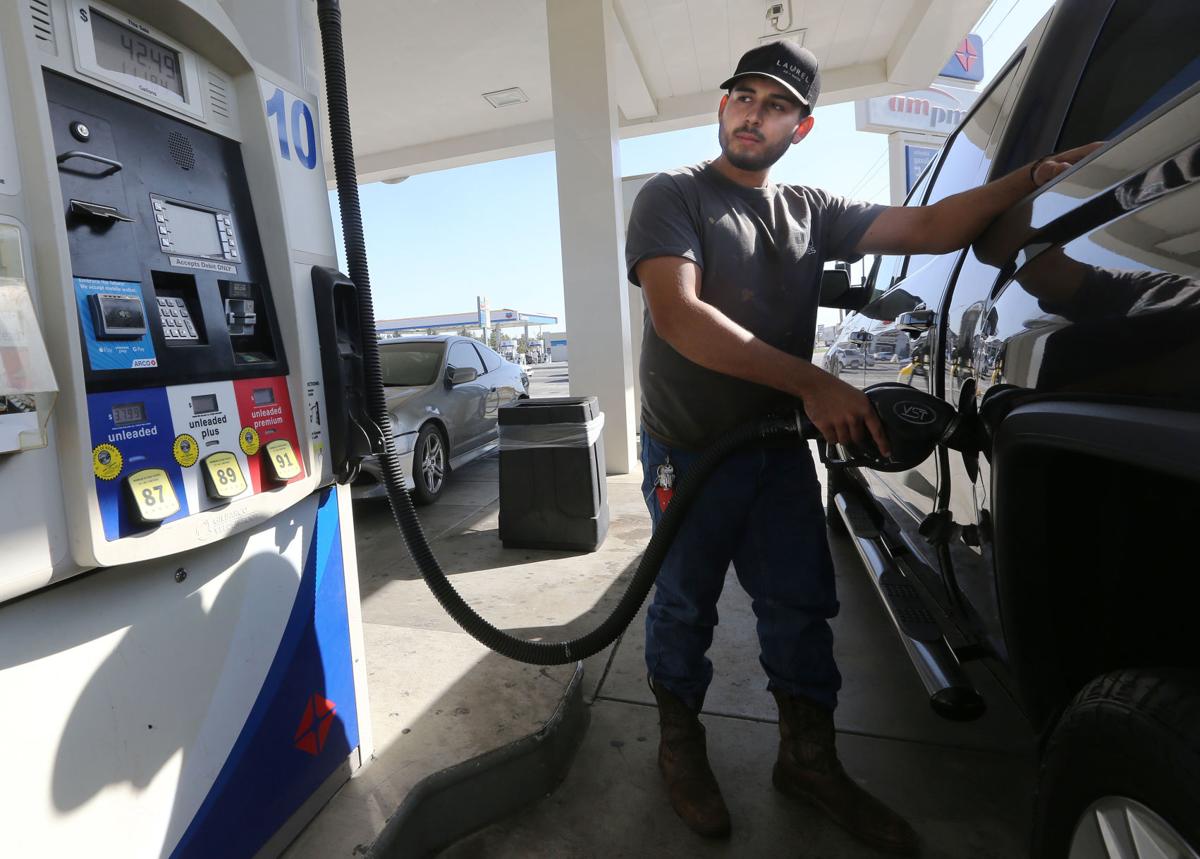 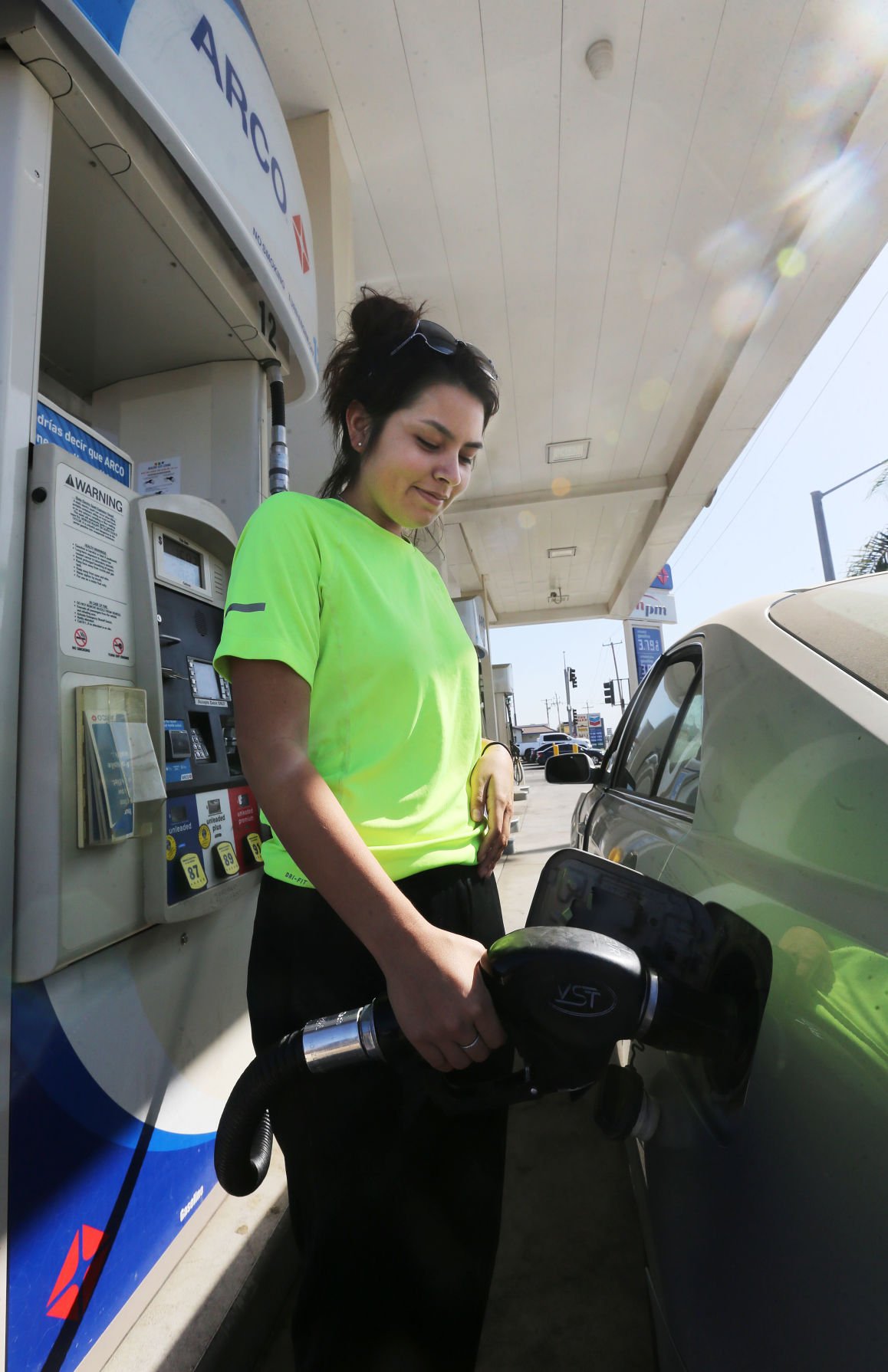 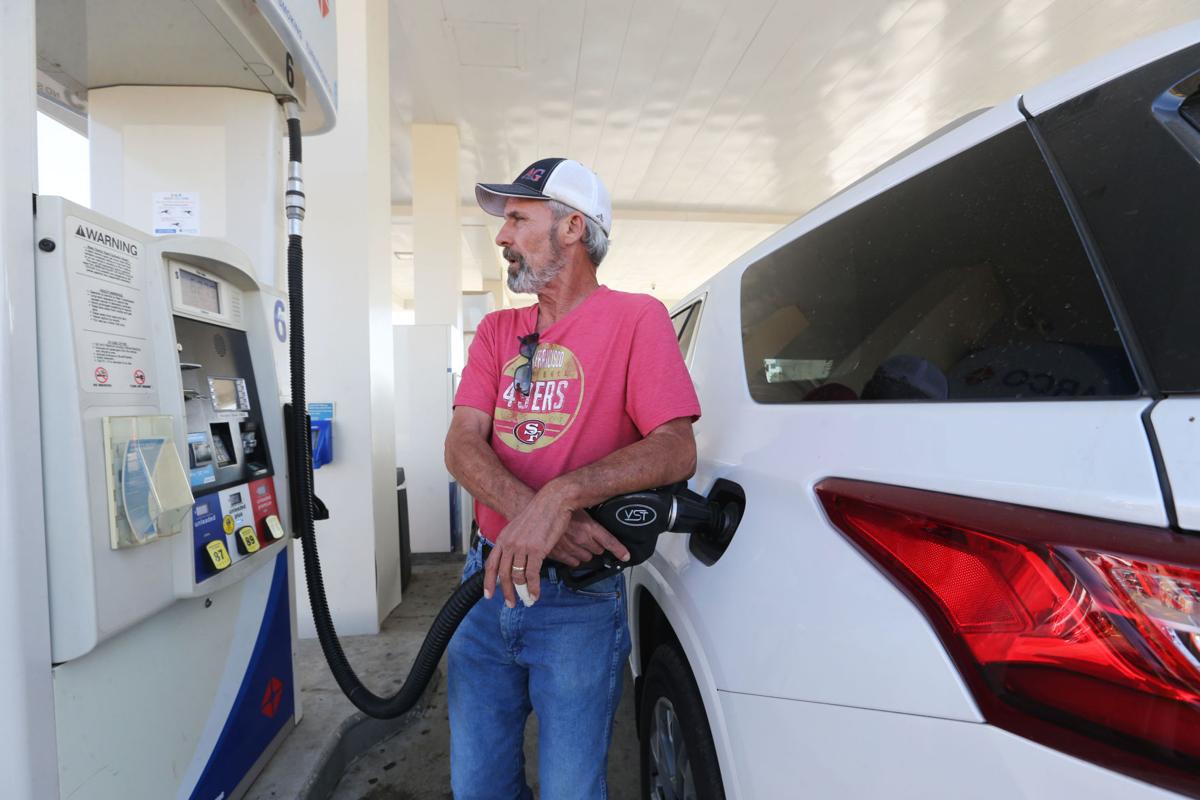 Fausto Parra's pickup holds a lot of gasoline, so he may have gone more than a day or two between fill-ups. But it seemed to him that the price of a gallon of gas at the Delano station he normally goes to jumped from $3.19 one day to $3.75 the next time he stopped.

"Big change," he said Tuesday afternoon while gassing up at the Arco Station off Merle Haggard Drive.

No kidding. Things in Bakersfield aren't quite as bad as the 18-year-old irrigation worker recalled them being in his home of Delano, but prices are definitely up — and they're not expected to settle back down again soon.

Regular gasoline prices in Bakersfield rose Tuesday by 4 cents to $3.949 per gallon, landing a little more than 5 percent higher than they were a week earlier, according to the AAA. It said the local price average was up 27 cents from a month before, or 7.3 percent.

Recent price increases have been steeper for California as a whole. AAA estimated Tuesday's state average at $4.071, or 12 cents higher than Bakersfield's average. California's price jump during the past month was 5 points bigger than the local surge at more than 12 percent.

Don't blame oil prices. Brent crude, the international benchmark many local oil prices are pegged to, was up Monday less than 1 percent month over month at $58.82 per barrel, according to Oilprice.com. The website says Brent peaked two weeks earlier at $67.68 and has fallen fairly steadily since then.

AAA has attributed the recent gasoline price increases to refinery problems in Northern and Southern California, as well as a drop in fuel imports.

The auto club said Thursday that "unplanned maintenance issues" at Los Angeles County's Chevron and Marathon refineries were the main reason why California's gasoline inventories were down more than one-fifth from the week before, adding that West Coast gas inventories were at their lowest since May.

On top of that, AAA relayed reports from Oil Price Information Service that Southern California had received no imported gasoline during the week prior.

"These factors are continuing the spike that began after the attacks on Saudi Arabia's oil infrastructure" on Sept. 14, the auto club stated, referencing disputed missile and drone attacks on the kingdom's petroleum sites.

AAA spokesman Jeffrey Spring said in a news release there's reason to think gas prices will remain elevated for the near term.

“Prices will likely continue to stay high for a number of days, depending on how quickly local refineries can restart and increase production,” he said. “On top of the refinery problems, California refiners depend on Saudi Arabia for about 20 percent of their oil needs.”

It's worth noting that it pays to shop around. The price-tracking website Gasbuddy.com lists pump prices around Bakersfield and consistently points to big variations from one station to the next.

"I feel like it's gonna get higher," she said, "because I don't think it's going to go lower."

Tim Noel, a 59-year-old college maintenance worker living in Porterville, said he doesn't plan to change his habits just to save money on gas.

"About the best you can do is get an electric car or motorcycle," he said. "I'm not interested in either one."

The latest gasoline tax out of Sacramento, a levy of 5.6 cents per gallon took effect Monday, is fueling discussion locally over how to pay fo…

well gagum newsom taxes are not helping and all of these refinery problems all at the same time? give me a break, gas is one sure fire way of getting revenue and kalif govt is probably behind the majority of this...

Fausto's wheels don't look very green...I mean really.....is he the only person in that truck that looks bigger than my garage?...lets get real here...I mean if you cant afford a spike in the ever fluctuating gas prices then maybe its time to plan on downsizing and driving somethin more practical.

Ever thought of demanding fuel efficient autos? Manufacturers were waiting for lower middle class to max out on their desire for big trucks and SUV. They got you driving around with engines unnecessarily getting you less/ gallon.

As share holder of oil, I think it's funny you folks cry over a few cents.

We need higher gas taxes in California to pay the expenses of all our illegal gardeners...

"I feel like it's gonna get higher," she said, "because I don't think it's going to go lower."

I sit here in Albuquerque, NM on a short job, watching your article on the out of control and Oil Company skewed pricing via excuses of planned and unplanned refinery issues. So here I go with making you all cry. The price of gasoline here in Albuquerque runs from $2.18-$2.24/gallon. Almost $2.00 cheaper than the highs in CA. And, fuel gets trucked in from outside the area. Go figure.

I just returned from Idaho and the highest price I paid for regular unleaded gas was $2.69 per gallon! When I was there last Feb. it was only $2.29 p/g. And at one Maverik store just outside of Provo UT., I only paid 1.99! I have been gone from CA. for two weeks and in that time, the average gas price has gone up .60 p/g due to "unplanned maintenance" at refineries in both Southern and Northern CA. And this, at a time when the refineries usually re-tool to produce the cheaper winter blend fuel. Or so they tell us. This "unplanned maintenance" story is getting really old. They need to come up with something more original. Same story, different year, and Californians get skewed again.

It's Jerry Brown's fault! Gave Californians the middle finger before he slithered out of office!

To pedohater It's not Trumps America it's Newsomes California.

Actually, the gas tax increase was one of Jerry Brown's last acts to skew us over. But don't worry. Newsom will be skewing us soon enough with all of his stupid giveaways. Then HE'LL be the one singing the "More Taxes" song.

There are a couple of convenience stores in E. Bakersfield that are normally 30 cents cheaper per gallon if you pay cash. I wonder why that is?

You want to see sad? Just allow the Democrats to win the national elections in 2020 and you will see sad. If it is "Trump's America" why is it the majority of Red States are better off socially and financially than the Democratic State of Kalifornia. Higher taxes, more homeless, greater drug usage , more illegal aliens, greatest number of people on welfare ( while having approximately 12% of the Nation's population, Kalifornia has approximately 30% of all welfare recipients), middle class Americans not being able to afford housing and leaving for lower tax states. Allow the Democrats to control both houses and the Presidency, the majority of states will look like Kalifornia.

LMFAO!!! Blue congressional districts control 67% of the US economy....you should check your facts

You should avoid getting YOUR information from Wikipedia.

Why is it Liberals refuse to look at the facts? Keep spouting the Democratic "talking points". For your information, these facts aren't from Wikipedia and not from Conservative sources. California has among the highest taxes in the nation. Its base sales tax rate of 7.25% is higher than that of any other state, and its top marginal income tax rate of 12.3% is the highest state income tax rate in the country. https://smartasset.com/taxes/california-tax-calculator

Welfare in California: 34%, of the nation’s welfare recipients live in California but only 12% of the U.S. population resides here.

High immigration rates also previously had masked another trend: Californians moving away. About 5 million people moved here from other states from 2009 to 2018, while about 6 million left California, according to data from the American Community Survey. https://www.latimes.com/local/lanow/la-me-ln-population-growth-20190501-story.html

The red States are better off economically? Now that's funny I dont care who ya are

Could go back to Obama America......sadder

I see you also failed Economics...