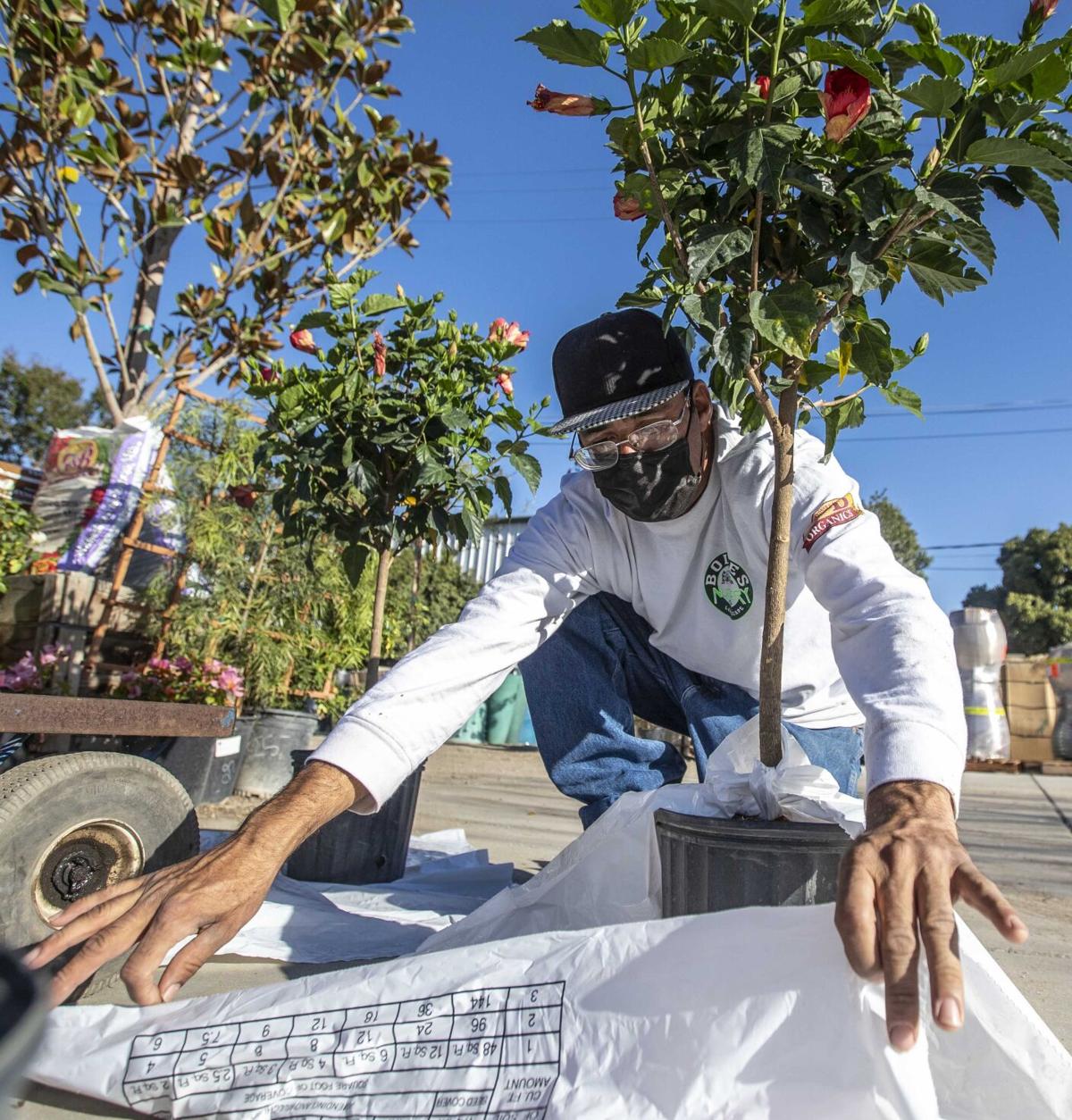 Martin Lopez wraps up a bush for a customer at Bolles Nursery Landscape on Friday morning. 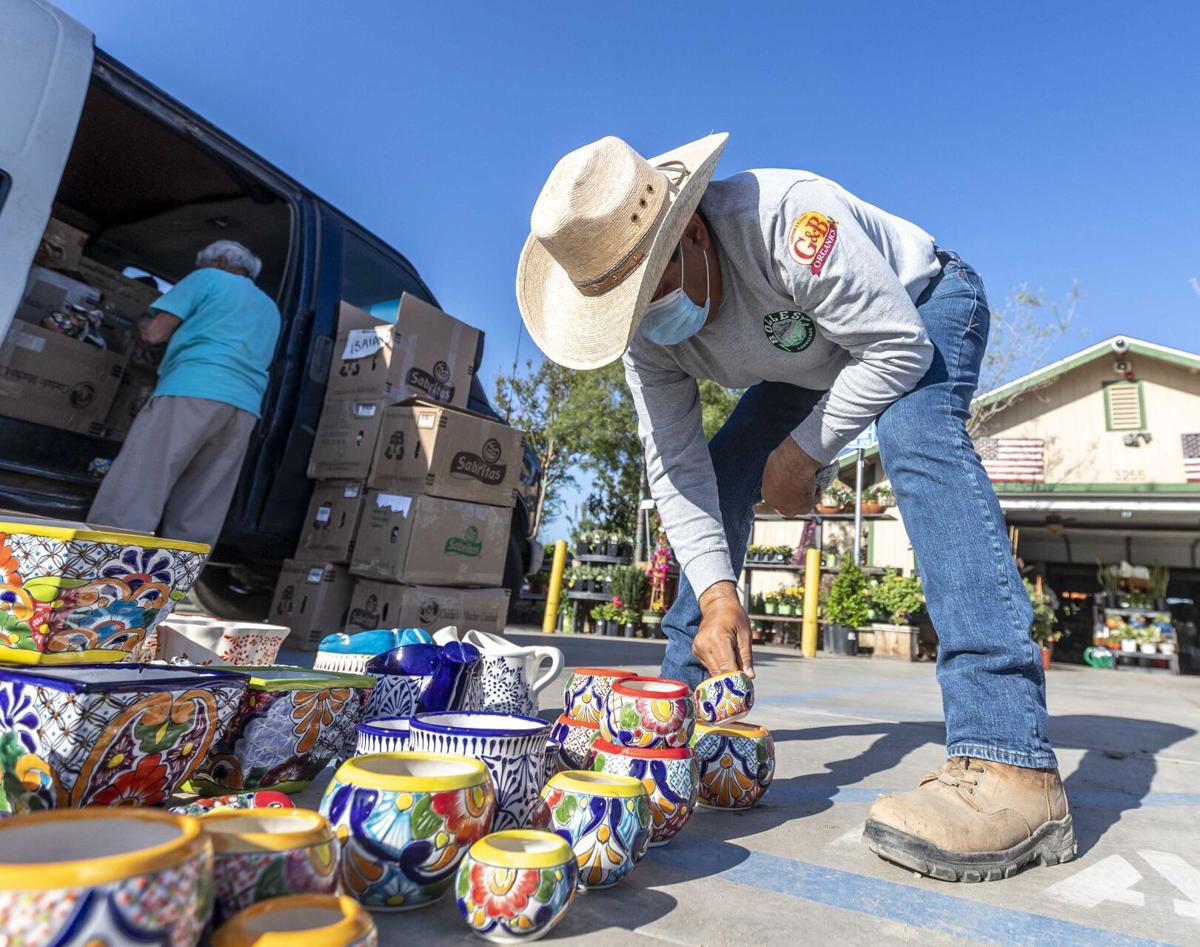 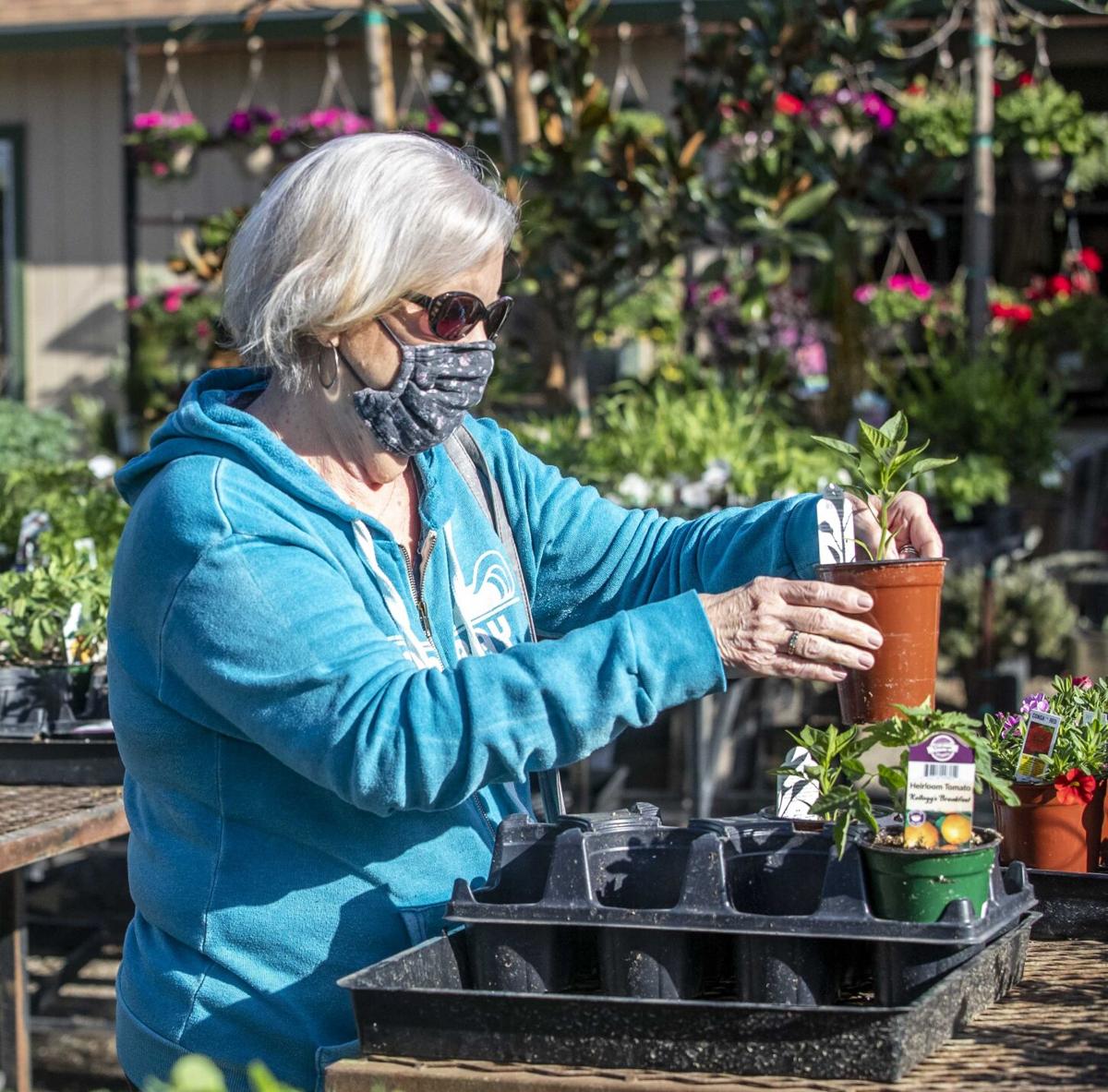 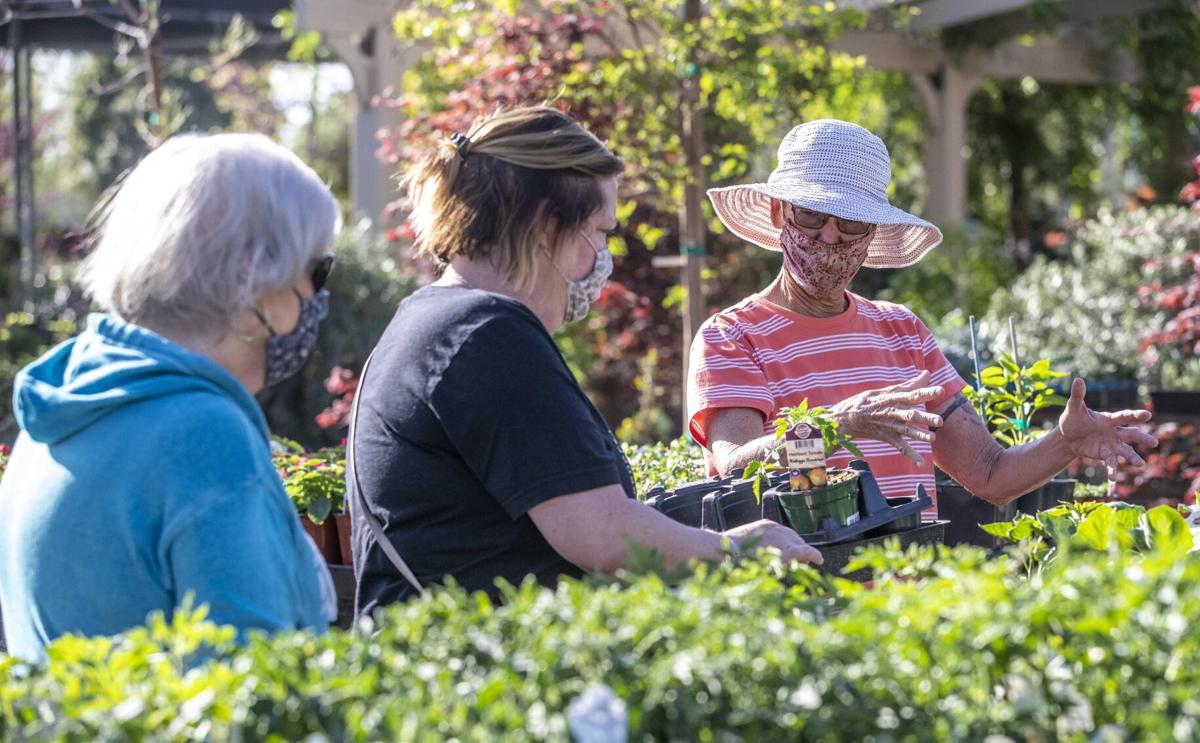 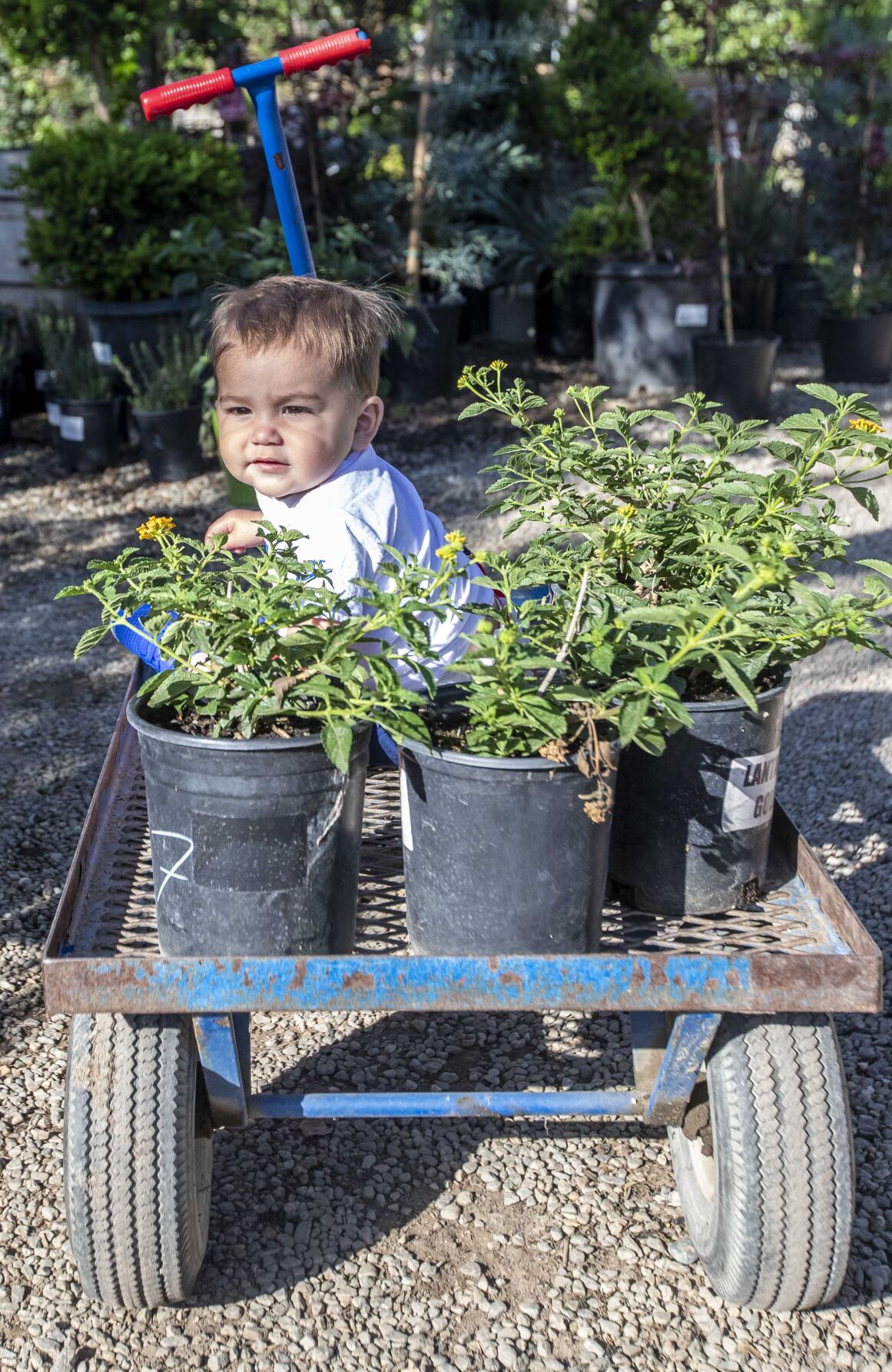 Holdyn James Hale keeps an eye on the plants his grandfather, Rob Hale, has pulled for purchase at Bolles Nursery Landscape on Friday morning. 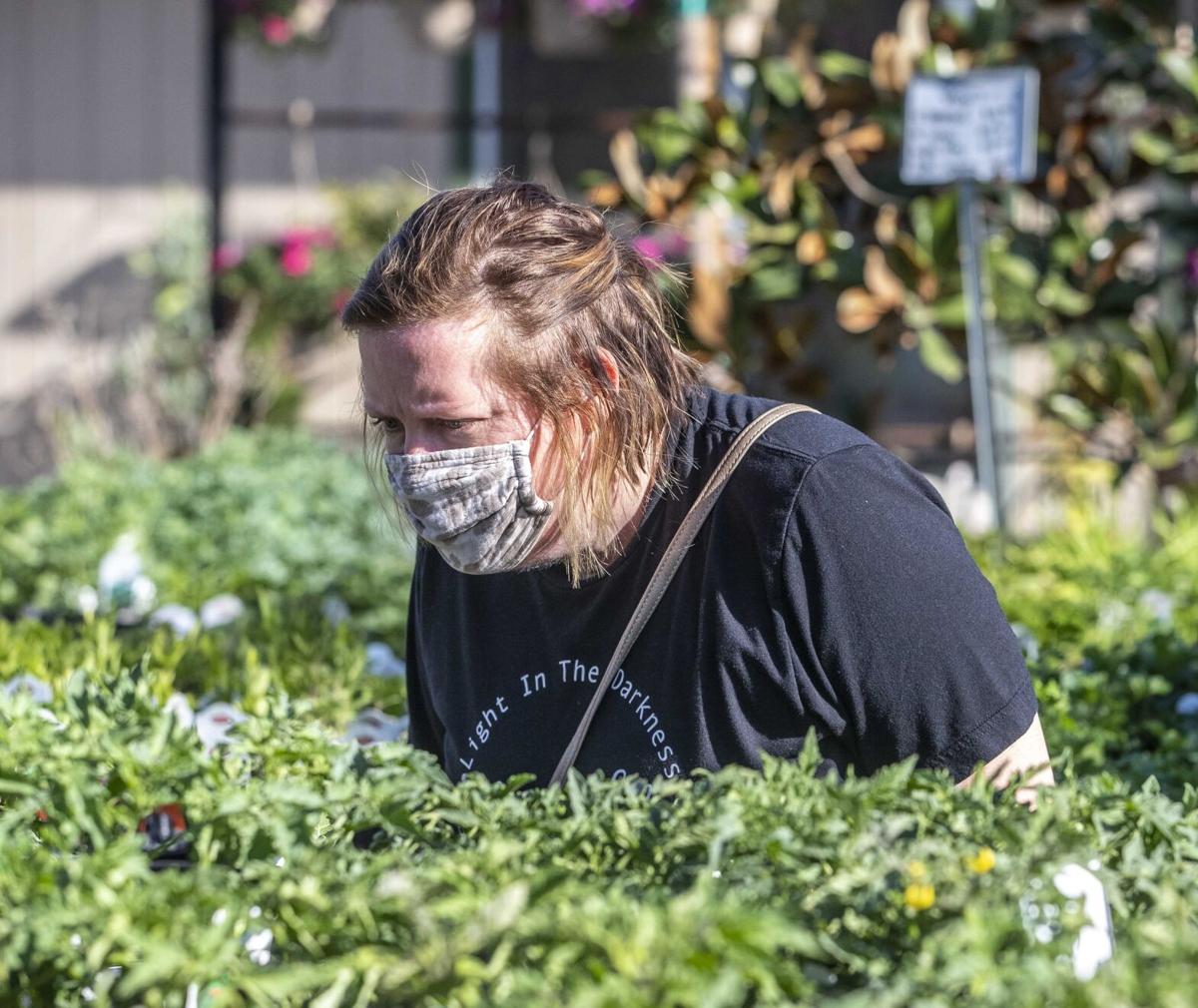 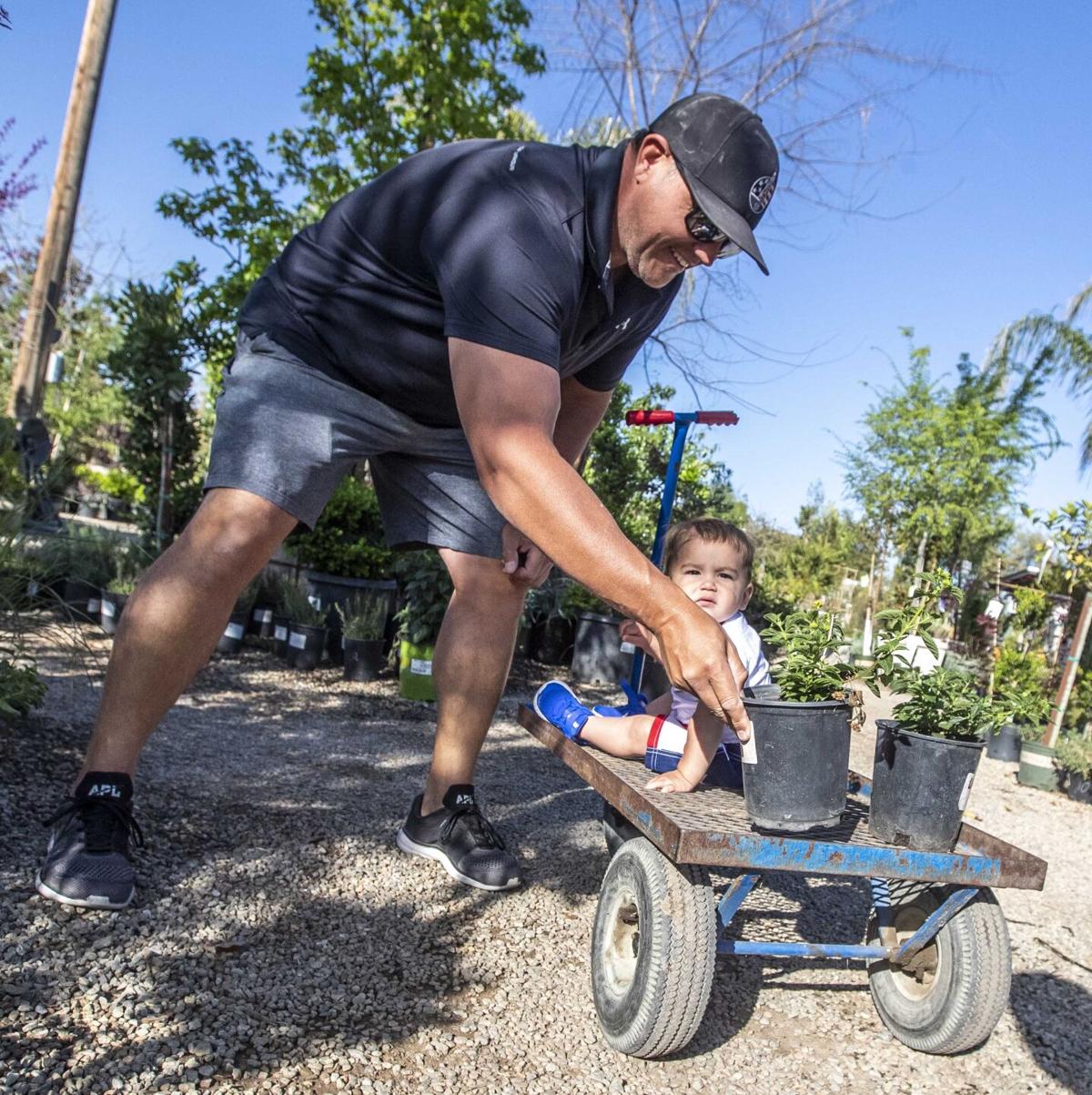 Rob Hale, left, sets plants on a wagon as his grandson, Holdyn James Hale, looks on at Bolles Nursery Landscape on Friday morning. 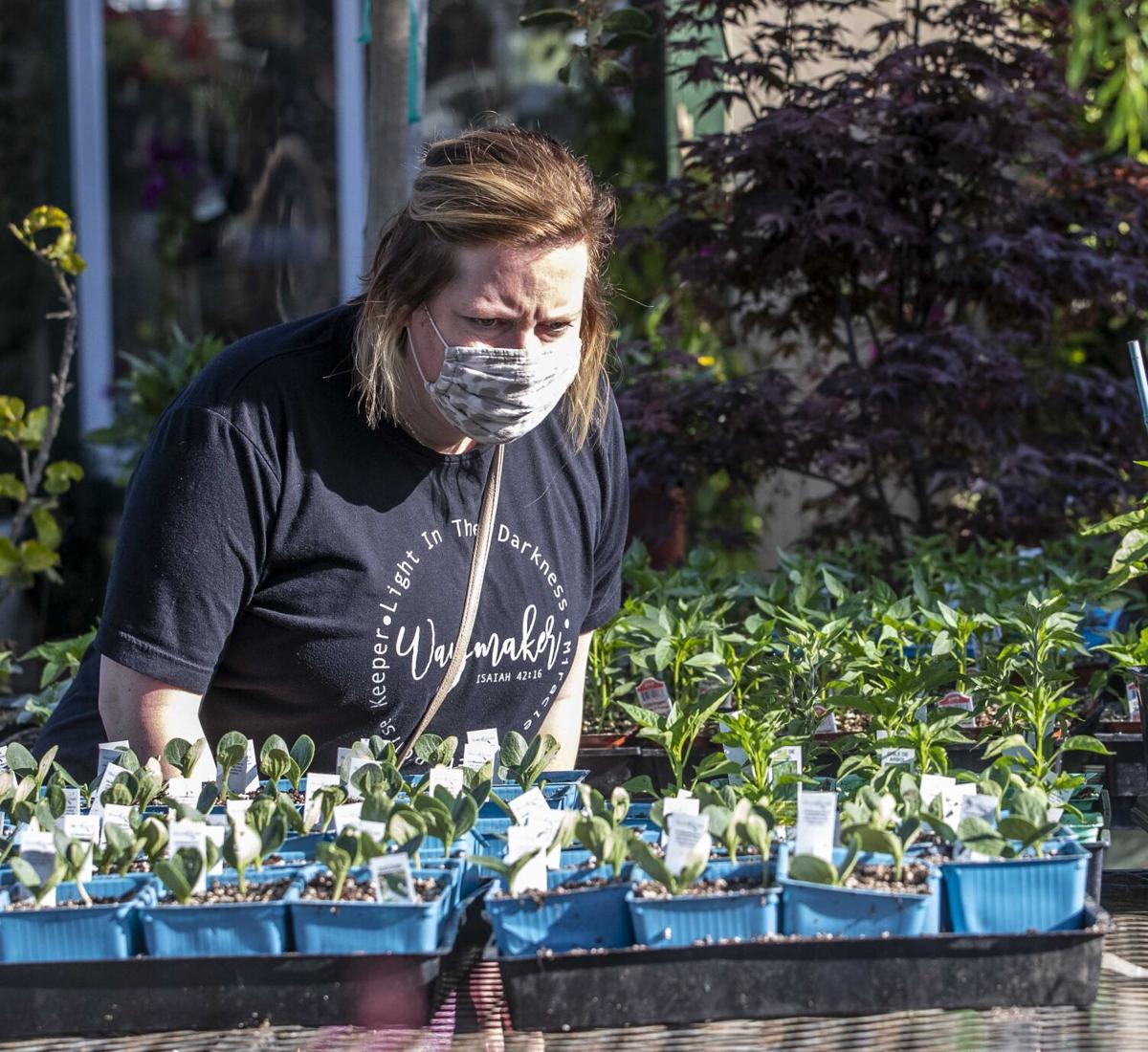 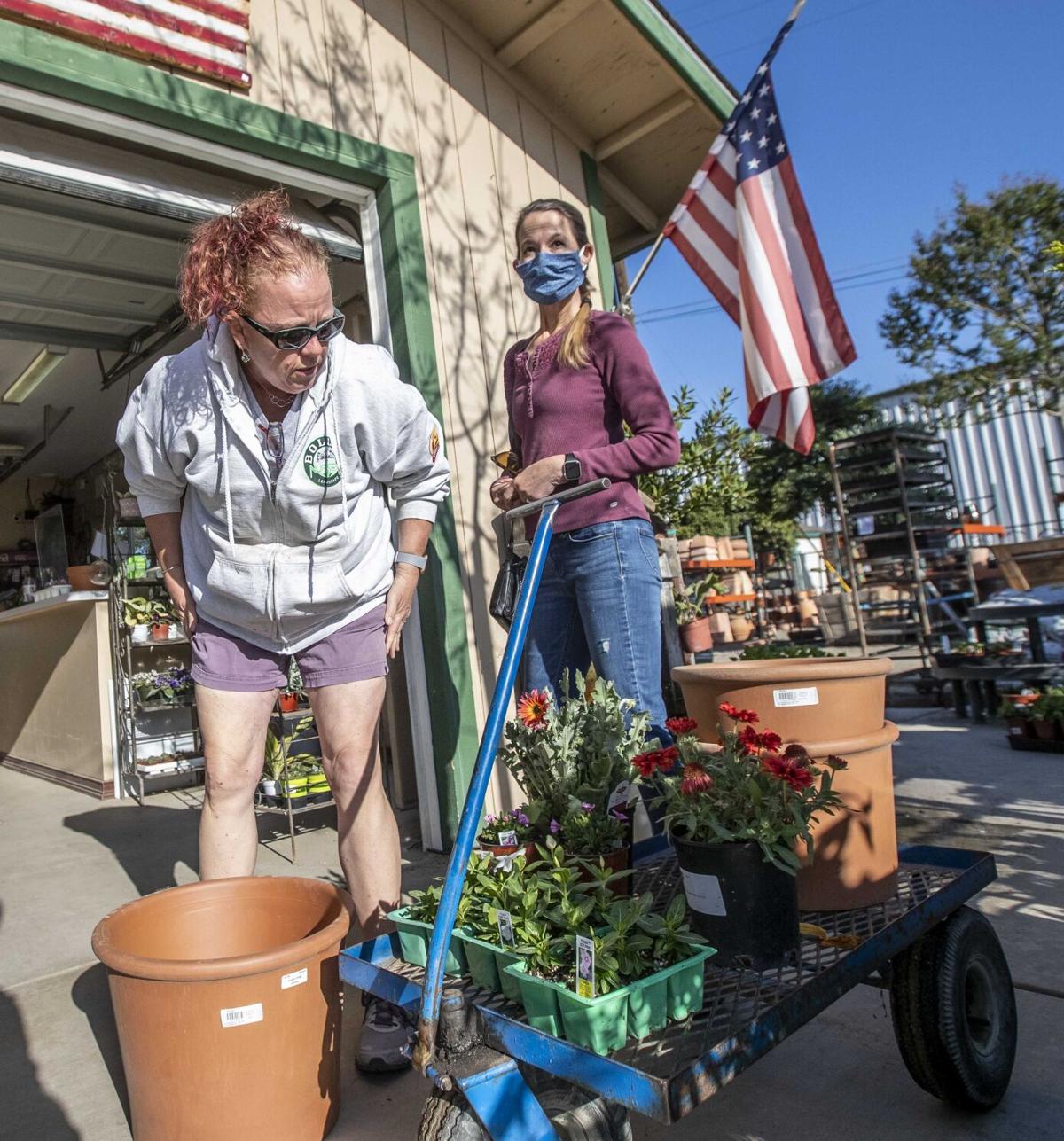 Martin Lopez wraps up a bush for a customer at Bolles Nursery Landscape on Friday morning.

Holdyn James Hale keeps an eye on the plants his grandfather, Rob Hale, has pulled for purchase at Bolles Nursery Landscape on Friday morning.

Rob Hale, left, sets plants on a wagon as his grandson, Holdyn James Hale, looks on at Bolles Nursery Landscape on Friday morning.

Her first homegrown tomato was flawless and she wanted to show it off.

The woman, a middle-age customer of Bolles Nursery Landscape on Allen Road, put the tomato in her vehicle and brought it in as a gift to store manager and mentor Suzi Williams, who was duly impressed with its redness, its size (four to five inches across) and utter lack of cracked shoulders.

"She wanted an attagirl for it," Williams said.

And who can blame her? At a time when boredom has become routine and stimulus checks have sparked interest in new hobbies, Kern County has seen a resurgence in gardening, especially among people who'd never seen their thumbs as green.

Local nurseries say business has flourished during the pandemic, straining inventories and forcing them to hire additional help to assist with a bumper crop of customers with stimulus checks to spend.

Suddenly people like Williams' customer who'd never been properly introduced to fertilizers or proper irrigation practices were crowding into stores looking for fruit trees, vegetable plants, even house plants to brighten things up.

Even when it was 108 degrees last summer the parking lot at Bolles was packed. The same happened when it was cold out.

"It's been like this the whole year," Williams said. "It's unbelievably busy."

Parents cooped up inside for months on end have taken the pandemic as an opportunity to teach their children how to garden. Others, especially young adults, have turned to YouTube videos for tips on how to landscape their yards, put in a modest vegetable garden or plant a shade tree.

Bakersfield real estate agent Rosa Jacobo and her five children built garden boxes and filled them with everything from curly-leaf kale and romaine lettuce to tomatoes and jalapeño peppers.

"It's like a new hobby they never had before," she said Friday. "Once (her daughters) see those little green sprouts … they really love it."

Shelby Ellis, manager of Cricklewood Secret Garden on Brundage Lane, said there's been a run on house plants, such that it can be hard to keep some products in stock.

To her, the reason for the surge in business seems obvious.

"I think a lot of people have a lot more time on their hands during the pandemic," she said.

Owners and managers of local nurseries say the key to success during the pandemic has been handholding — being patient with customers, in particular those who never saw themselves digging in the dirt or using a garden hose. Too often, when left to their own devices, they mess it up.

Jere White, co-owner of White Forest Nursery on Morning Drive, said the unfamiliarity some bring to gardening can be a little surprising. More than once, he said, frustrated customers have brought in pictures of tender young organisms planted leaves down, roots up.

Meanwhile, despite a shortage of citrus trees and other plant material, White has widened his selection of products. Of special interest these days is edible material, such as vegetables and fruit.

How well the nursery industry responds with personalized guidance may make the difference between a passing fad and a lifetime of psychologically beneficial work in the soil.

He finds a certain satisfaction in the way customers who previously knew nothing about gardening, or learned right or wrong practices on YouTube, come back to him weeks or months later with proud stories of new life sprung up from the ground.

"Time and time again they'll come back again just amazed how well the plant flowered or fruited or grew," he said.

Williams at Bolles said that, if nothing else, kids planting their first vegetables are at least opening up to the idea of eating vegetables.

"Now they're growing it, they're touching it," she said. "They'll at least taste it now."

Do-it-yourselfers make the most of the quarantine, shore up home improvement projects

Fed up with sitting doing nothing during the quarantine, Wasco veteran Jessica Bell got on YouTube and looked up how to make an office desk an…