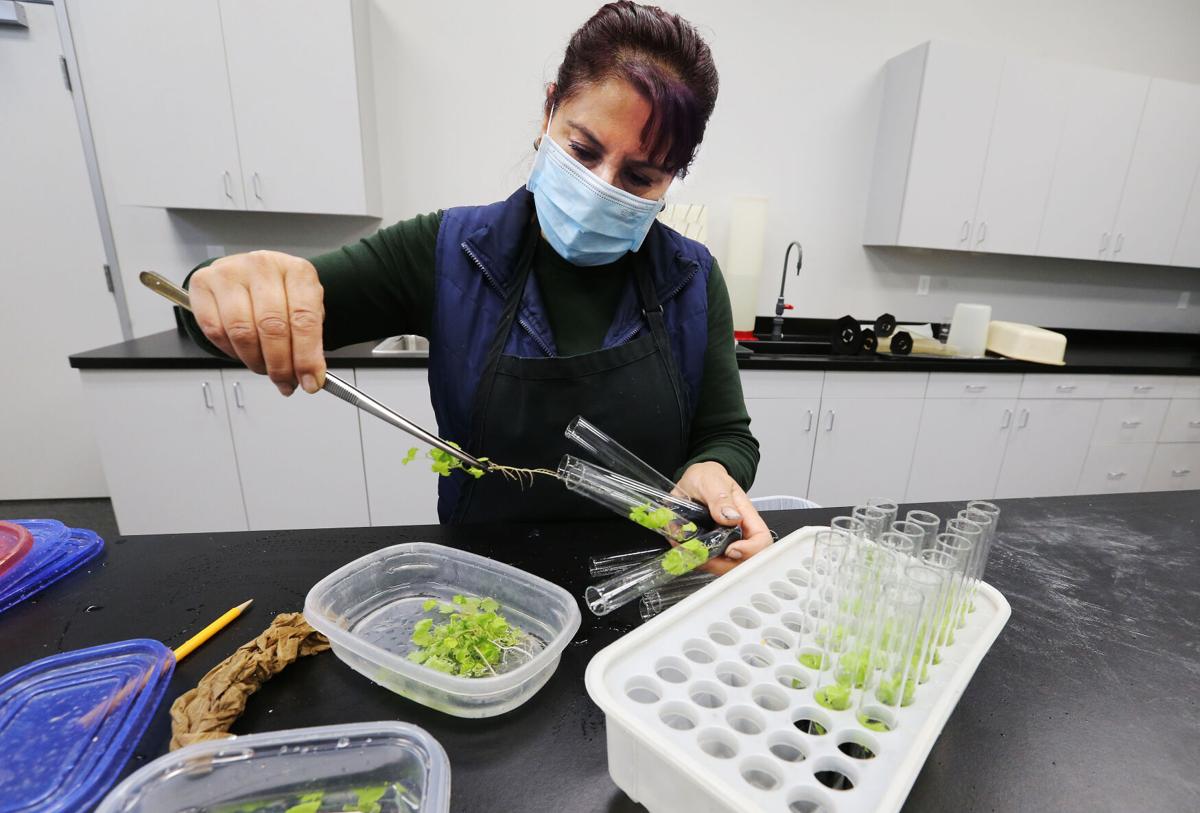 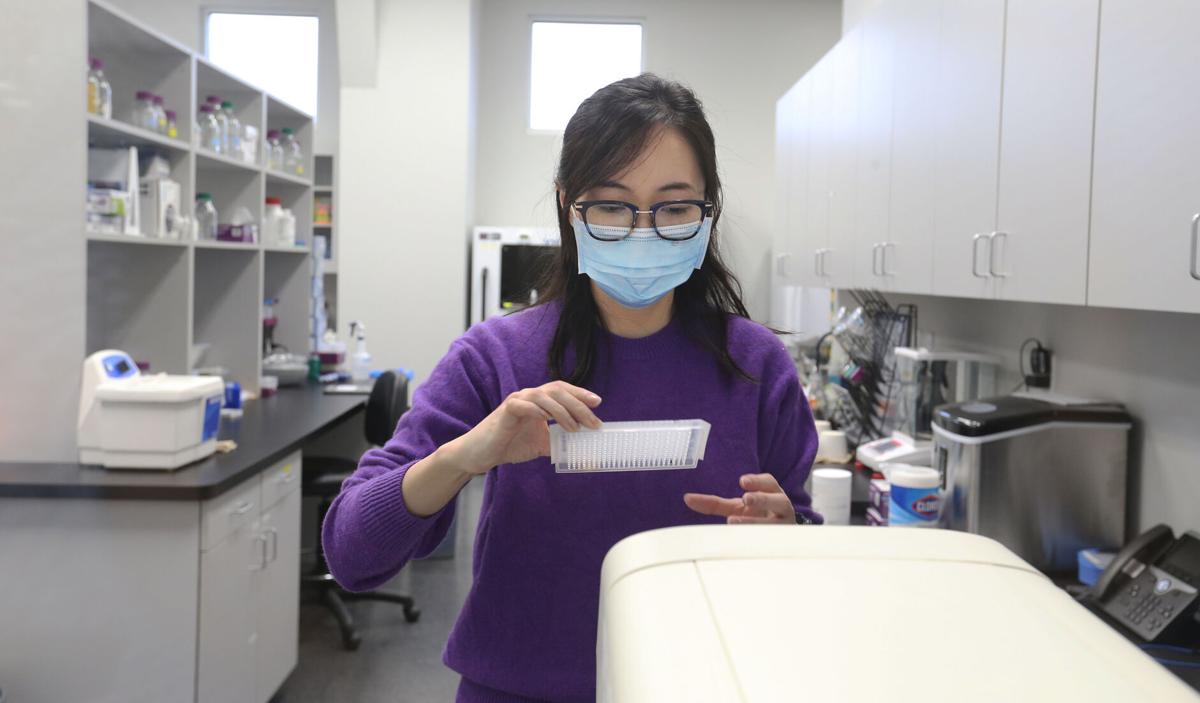 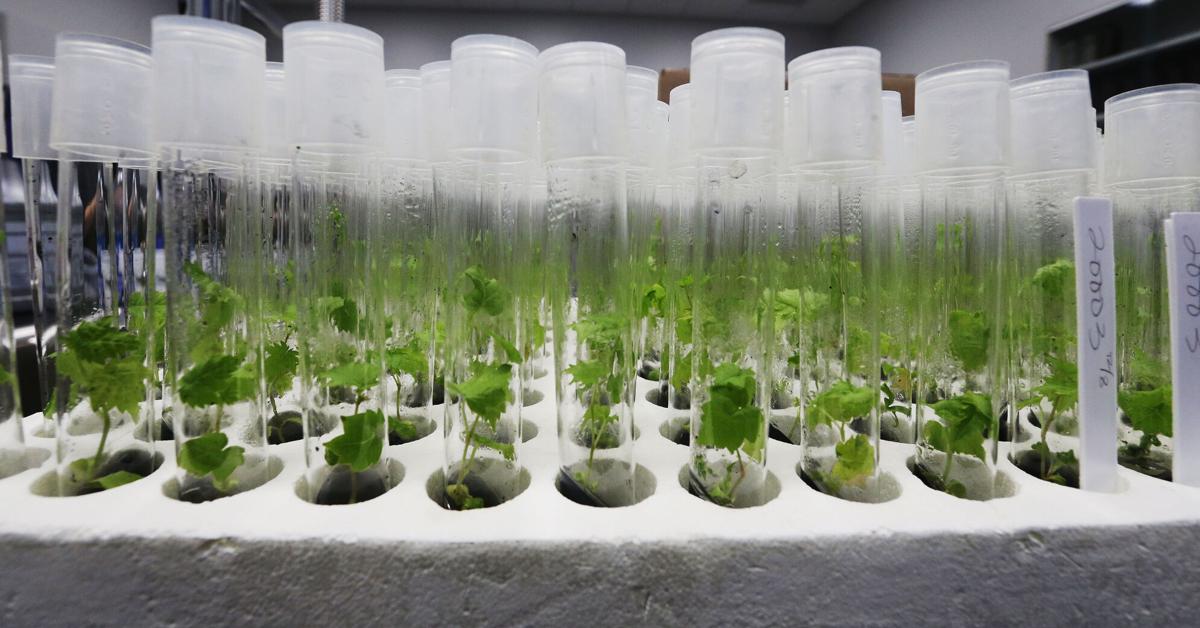 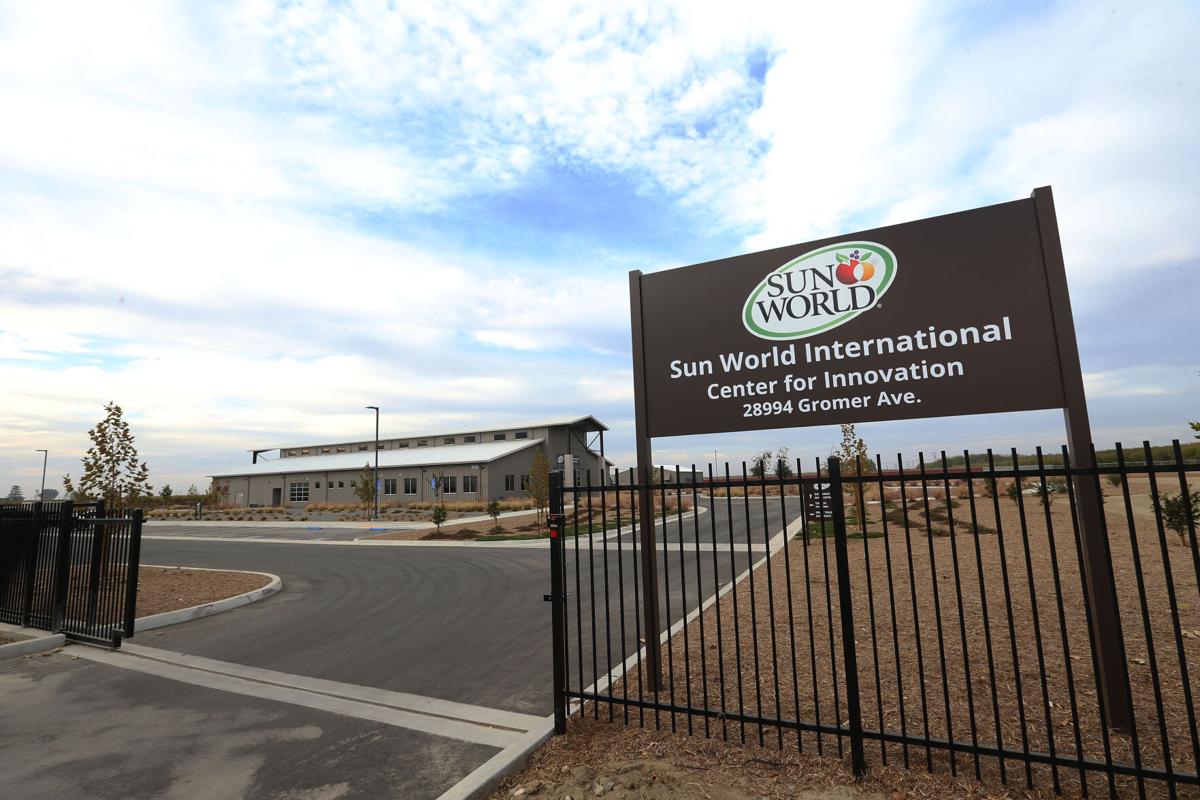 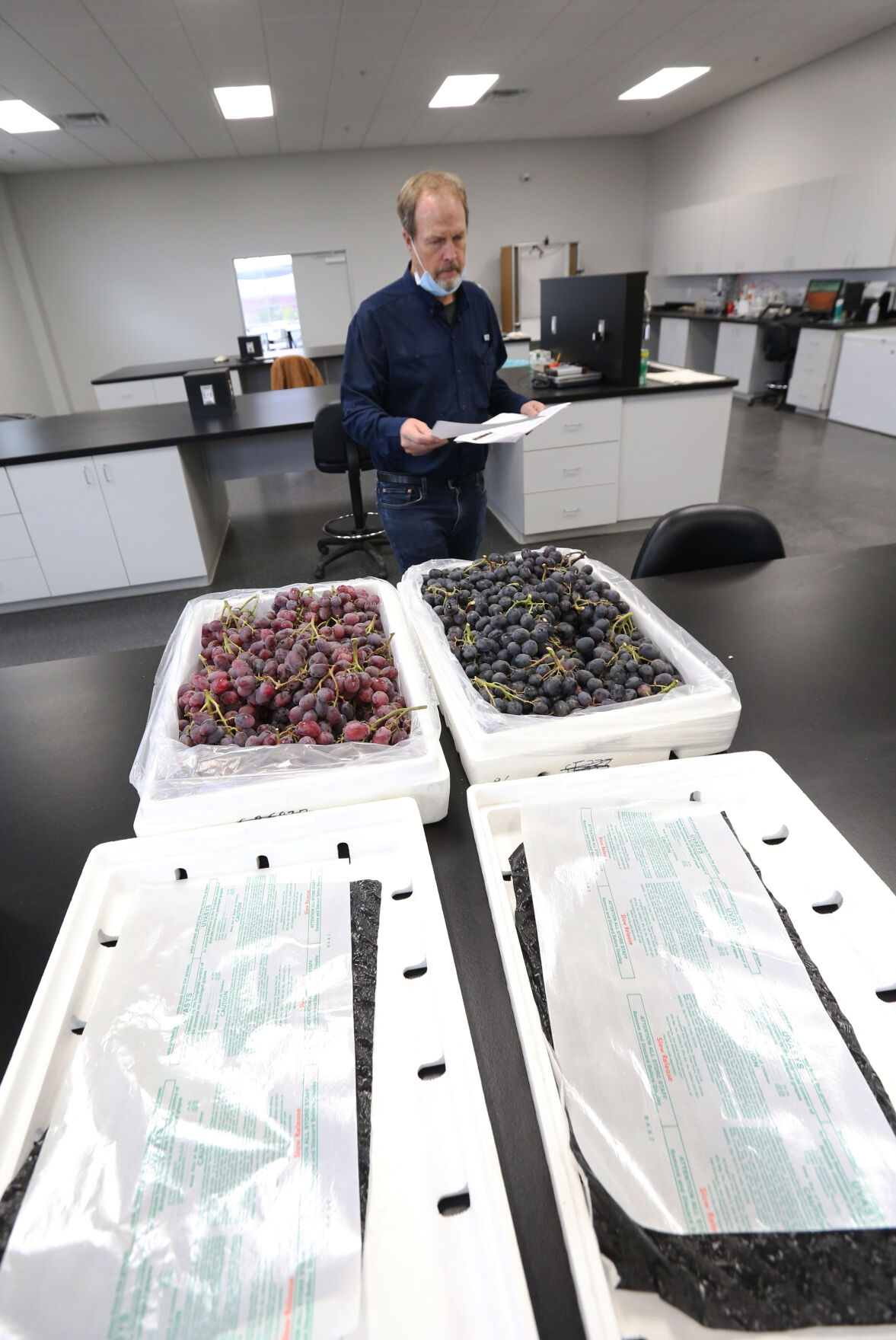 The vice president of variety development at Sun World, Terry Bacon, checks on data regarding the shelf life of a customer's grapes at the company's new innovations facility in Wasco. The specialty-fruit breeding company breeds plants to produce the tastiest, best-looking grapes and stone fruit with the longest-possible shelf life. 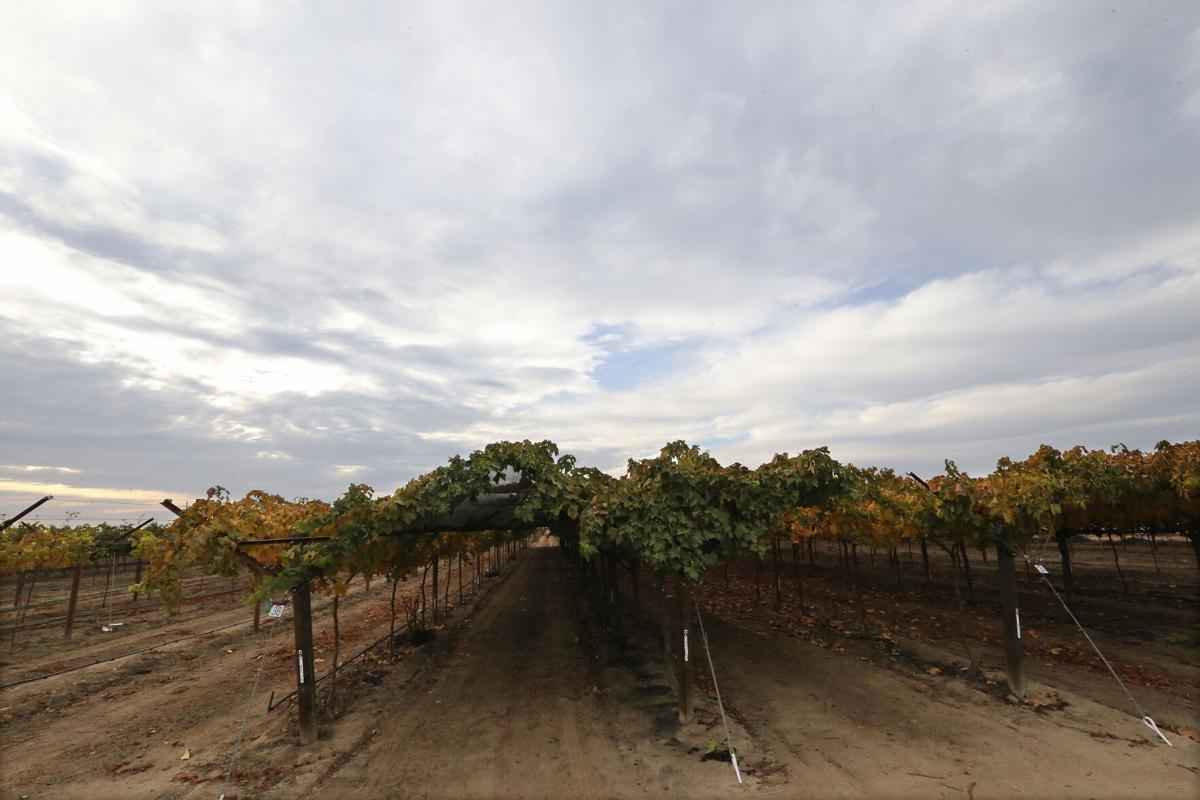 Sun World has experimental grapevine fields at its new innovations facility in Wasco. The specialty-fruit breeding company breeds plants to produce the tastiest, best-looking grapes and stone fruit with the longest-possible shelf life. 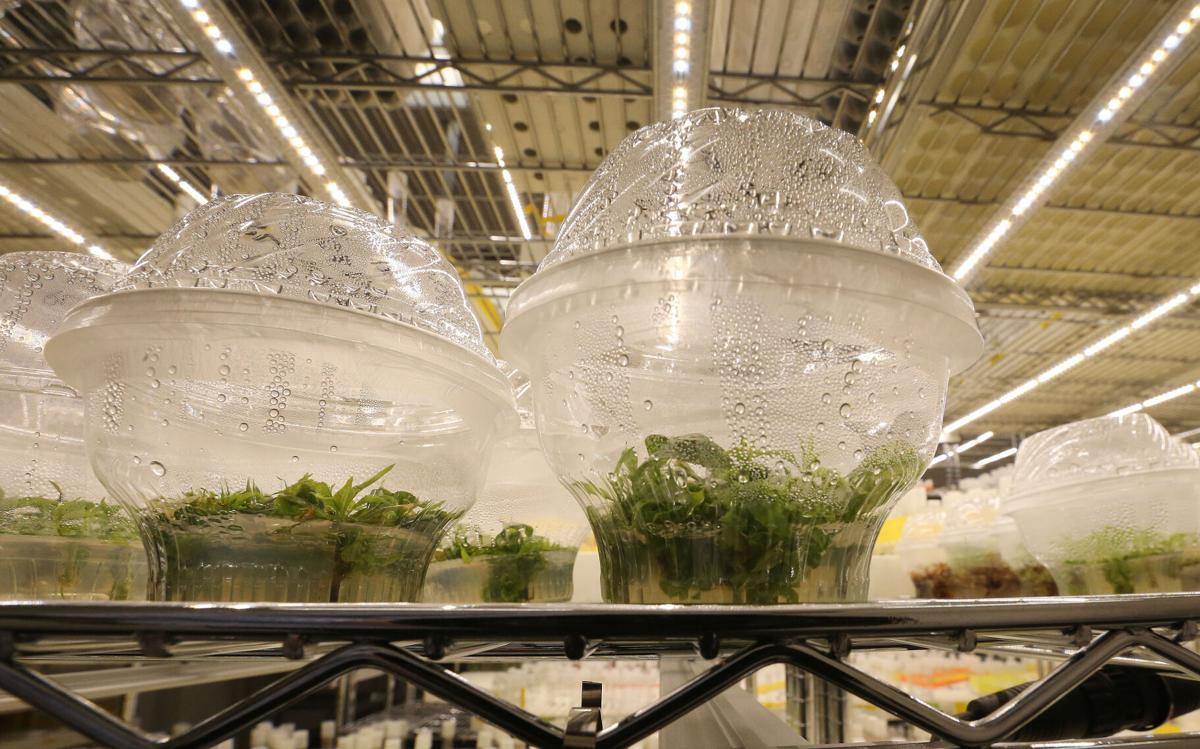 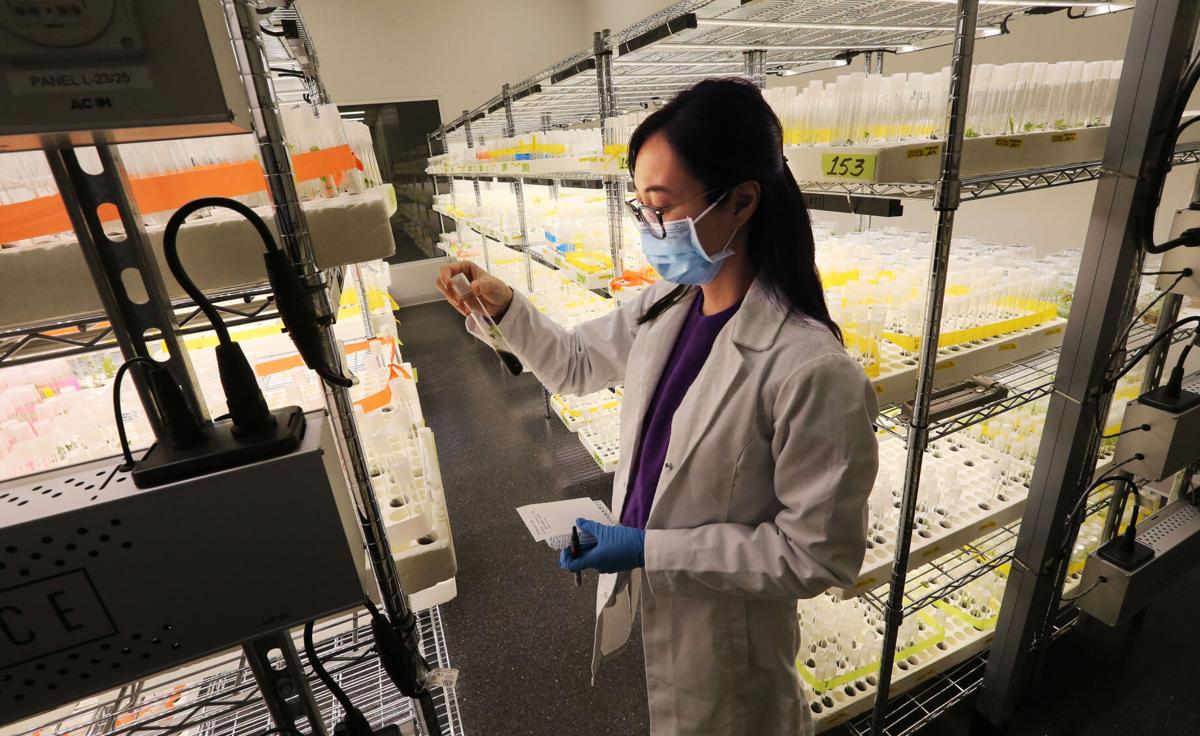 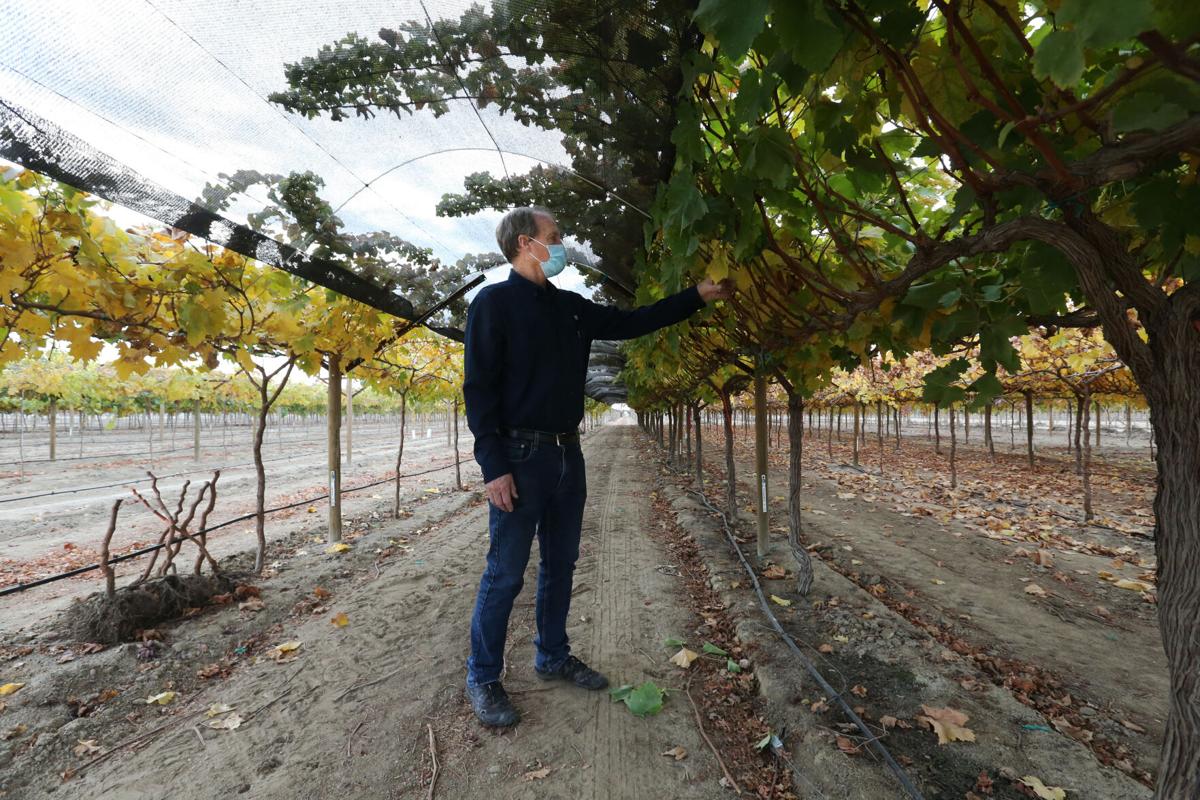 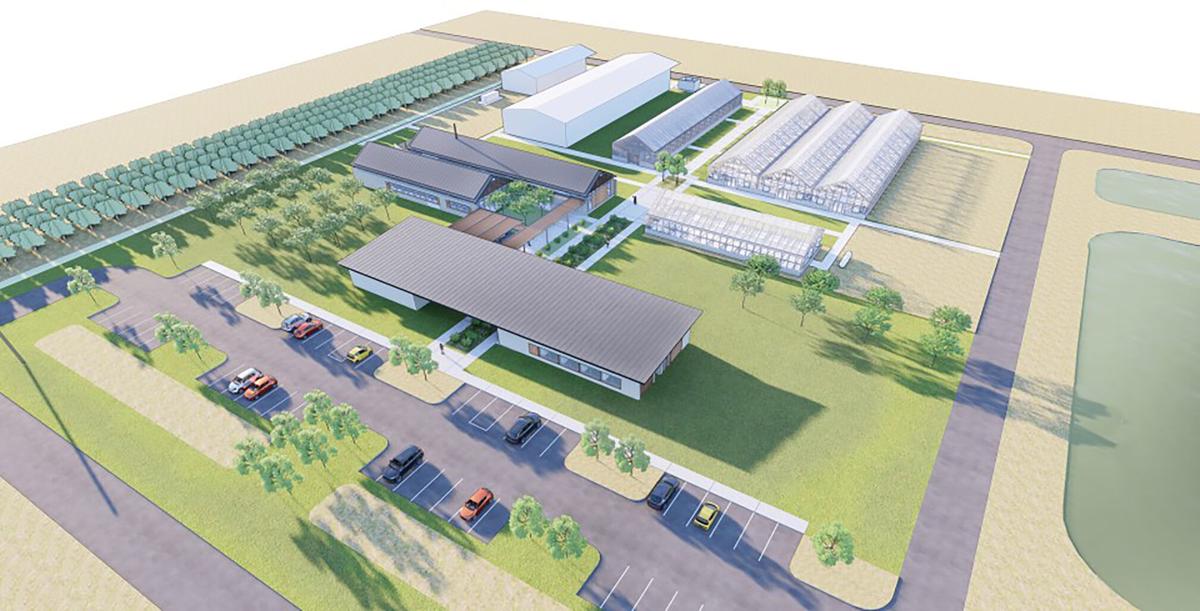 International Fruit Genetics is working to open a large facility with adjacent agricultural acreage in McFarland. The company expects construction to begin in spring of 2021. 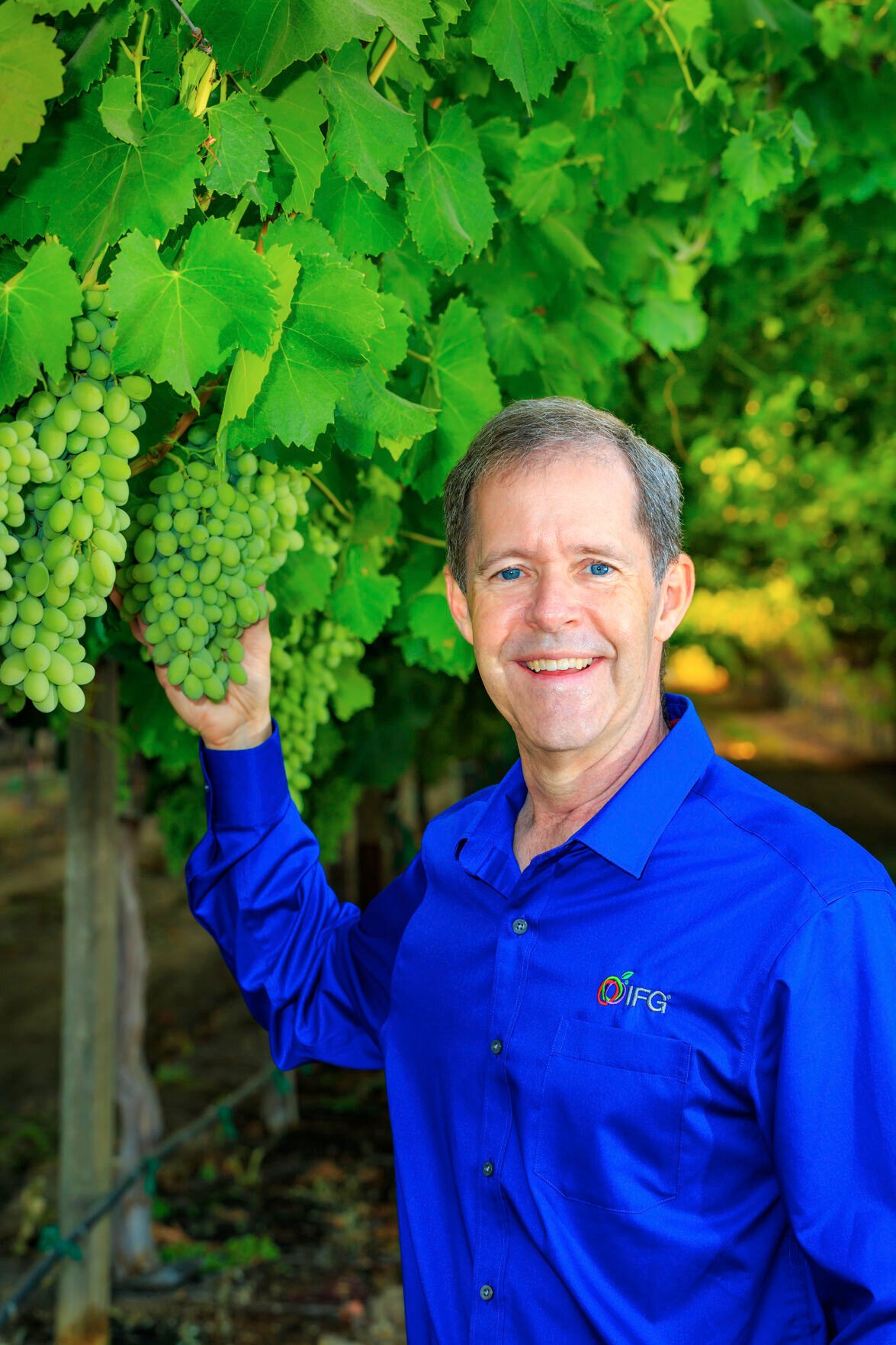 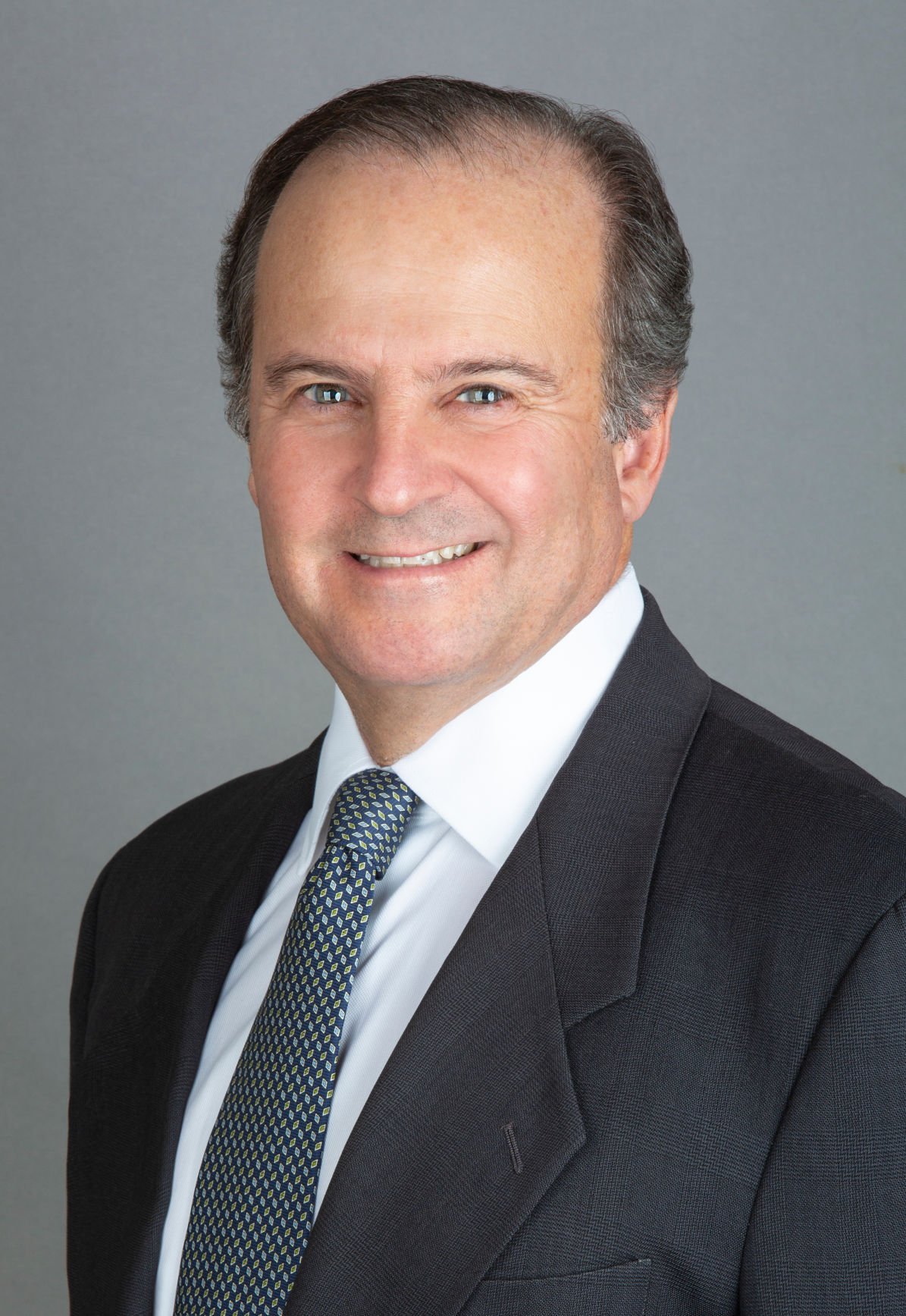 The vice president of variety development at Sun World, Terry Bacon, checks on data regarding the shelf life of a customer's grapes at the company's new innovations facility in Wasco. The specialty-fruit breeding company breeds plants to produce the tastiest, best-looking grapes and stone fruit with the longest-possible shelf life.

Sun World has experimental grapevine fields at its new innovations facility in Wasco. The specialty-fruit breeding company breeds plants to produce the tastiest, best-looking grapes and stone fruit with the longest-possible shelf life.

International Fruit Genetics is working to open a large facility with adjacent agricultural acreage in McFarland. The company expects construction to begin in spring of 2021.

Large investments are being made in the high-tech labs and experimental ag fields where Kern County scientists breed new varieties of fruit to help farmers around the world adapt to shifting consumer tastes, developing markets and changing climates.

Two local operations whose intellectual property accounts for varieties covering tens of thousands of acres have recently poured money into new, state-of-the-art research facilities in Wasco and McFarland. One recently opened and the other is under development.

The physical expansions at Sun World and International Fruit Genetics are another positive sign for a local food-innovations industry that, since being spawned by local growers such as carrot giant Bolthouse Farms, has grown to employ dozens of highly educated specialists.

Work done at these innovation facilities is not genetic modification, per se, but conventional cross-breeding of plants to bring out desirable traits ranging from a crisp crunch to a long shelf life.

The activity is increasingly important to the future of global agriculture, said the president of the California Fresh Fruit Association, Ian LeMay. He said Kern County is fortunate to have some of the field's major players.

After decades in which industry concerns dominated, such as a variety's ability to withstand long shipments, he said growers now must respond to consumers' ever-more sophisticated demands for grapes with a certain flavor or an apricot with just the right blush. The task becomes more complicated when considering that tastes vary significantly depending where the fruit is sold.

"You have growers now really looking and listening to what that consumer demand is and making appropriate decisions to plant what's in high demand," LeMay said.

The same holds true for farmers looking to increase their yield per acre and reduce the amount of cold weather their orchards need to produce properly. LeMay said fruit breeders help address these kinds of challenges.

He recalled telling someone years ago that if grapes tasted better, sales would rise.

"Sometimes the box had more flavor than the grapes," said Andrew, a former chief operating officer at Sun World. He added that new flavor profiles seem to have actually changed consumer preferences.

While much of Sun World's and IFG's efforts are focused internationally, local shoppers may recognize some of the company's innovations. IFG came up with the table grape variety that tastes like cotton candy, for example, and Sun World's corporate lineage introduced the first seedless watermelons, sweet red peppers and vine-ripened tomatoes.

Sun World, based in Palm Desert with a substantial local presence, was founded in the mid-1970s in Bakersfield as a packer and marketer of fresh produce. Its acquisition in 1989 of Superior Farming Co., a substantial local landowner at the time, gave Sun World its start in fruit breeding.

After a series of corporate changes including its 2013 purchase by Los Angeles investment firm Renewable Resources Group, which still owns the company, Sun World sold the last of its food-production operations in May 2019 to tighten its focus on fruit breeding.

That kind of work used to be done in the Fresno area by the U.S. Department of Agriculture and by the University of California. But as public investment in the activity has waned, Sun World President and CEO David Marguelas said, private industry has stepped up.

Focused on table grapes and stone fruit, the company now has more than 300 registered trademarks and licenses 1,700 growers in places like Chile, Israel, South Africa and Spain.

It has gone from zero licensed acres of planted crops in 2001 to 12,000 acres in 2010 and about 50,000 this year, Marguleas said, adding the company charges a percentage of royalties based on the quantity of fruit produced and sold by its licensees. He said the company has 30 employees stationed around the globe to help farmers maximize their yields and produce consistent quality.

Sun World's new Wasco research facility, at 17,000 square feet, is four to five times larger than its previous facility nearby. It's surrounded by 160 acres of farmland used for research and development.

The company's team of about 20 chemists, biologists and molecular scientists evaluates as many as 70,000 seedlings a year. Of that, only two or three table grape varieties emerge on the market, along with half a dozen stone-fruit varieties, Marguleas said.

"It's a very imprecise process, which results in a lot of eventual precision," he said, "in that we're looking for just the right, perfect new seedless grape, the perfect red-fleshed plum with loads of natural sugar and antioxidants and the perfect apricot with a nice sort of blush and wonderful apricot aroma." He estimated that the process of coming up with a new variety takes eight to 10 years.

What's sometimes tricky, Marguleas said, is looking into the "proverbial crystal ball" to anticipate what consumers will look for a decade from now. A company goal that doesn't rely on guessing, he said, is coming up with fruit that can be grown in more environmentally sustainable ways, requiring fewer soil amendments, chemicals and water.

IFG, a friendly local competitor of Sun World, was founded in 2001 by a former Sun World plant breeder. With offices in Bakersfield and a research center in Delano, IFG's focus has been on improving consumers' experience on eating grapes, raisins and cherries, CEO Andy Higgins said.

Having outgrown its existing buildings and fields, the company bought land this year in McFarland, where it has already begun planting experimental varieties and expects to begin construction in spring on four buildings totaling about 35,000 square feet.

The project will add space for cold storage, administration, training, post-harvest evaluation and a full laboratory. Part of the idea, Higgins said, is to make the company more attractive for the sake of bringing in top talent. It currently employs about 20 scientists, he added.

IFG licenses its varieties to farmers in 14 countries combining for more than 70,000 acres of trademarked produce. It has 45 patented varieties and more than 1,000 licensees.

Though table grapes have been a mainstay, Higgins said, raisins have become a focus because of industry demand for new varieties. There's also been an emphasis on cherries because changing weather patterns have created a need for trees that don't require as many "chill hours" to produce quality fruit.

Higgins said the company is happy to help.

"We're proud to be a part of the community and doing these things that are ultimately changing the world's perception of a major category" of produce, he said.