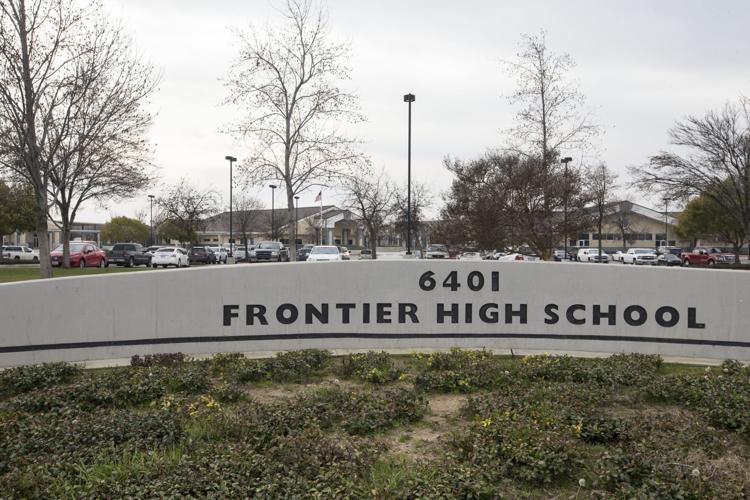 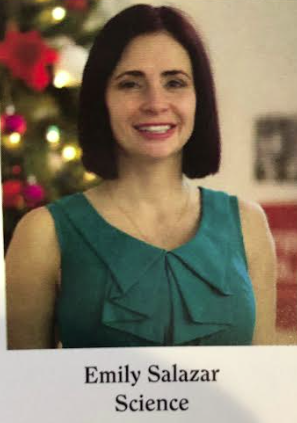 A Frontier High School science teacher was placed on leave Monday after students discovered pornographic online videos in which she was featured, according to multiple sources.

Several students found the videos of Emily Salazar last week and began circulating the news on social media, sources said. By Monday morning "the whole school knew," according to a Frontier High parent, who spoke on condition of anonymity because she is heavily involved with the school.

"And I have to tell you, (the videos) are horrific," the parent said of their content. "The videos are bad. They're bad."

The Kern High School District has said Salazar, 36, is on paid administrative leave but provided no further comment.

The parent said the videos she has seen show Salazar's face, and she's positive the person they depict is the same woman who was teaching at Frontier.

No students are in the videos, the parent said, and she doesn't believe any crimes were committed.

But she finds the teacher's behavior disturbing.

"I think it's disgusting, especially a high school teacher, risking knowing that her students could see her doing that," she said.

Another parent, who also asked for anonymity, said Salazar has been at Frontier since at least 2017. She said she didn't know about her pornographic work until Monday. She was surprised, but not shocked.

"It's unfortunate, honestly, that when you hear things like this it's not shocking anymore," she said. "In this day and age so many things happen, it's just part of our time."

Others, however, said it shouldn't matter what Salazar does in her free time and she should keep her job.

"Big deal!" Sarah Kirschner posted on Facebook. "If she didn't break the law then who cares?"

And Chandra Beatty wrote, in part, "It’s not like she was doing it with students or shared it with them. Why are people so hung up about sex?"

Bakersfield police spokesman Sgt. Brian Holcombe has said the department is not involved in the district investigation.

While Salazar's alleged actions aren't believed to be criminal, she could still face discipline, including dismissal.

Joshua Speaks, public affairs manager for the California Commission on Teacher Credentialing, said it has reviewed pornography cases in the past and the outcomes differ depending on a variety of factors.

First, the Committee on Credentials — the body at the commission that handles discipline cases — would need a jurisdiction to investigate.

"In a case like this, the most likely avenue would be a report from her superintendent," Speaks said in an email. "If she was suspended for more than 10 days or dismissed as a result of her actions, the superintendent is required by law to report the case to us."

Once the committee opens an investigation, he said, the case is reviewed under what are commonly known as "Morrison factors," articulated by the California Supreme Court for determining fitness to teach.

Those factors are: likelihood of recurrence of the questioned conduct; extenuating or aggravating factors; effect of notoriety and publicity; impairment of teacher-student relationships; disruption of the education process; motive; and when the conduct occurred.

"So, for example," Speaks wrote, "a teacher who produced pornographic videos in her 20s, and was now an educator in her 50s would be viewed differently than someone whose conduct was current."

Based on the allegations, it appears the Frontier High School teacher believed to have appeared in pornographic online videos did nothing illegal.