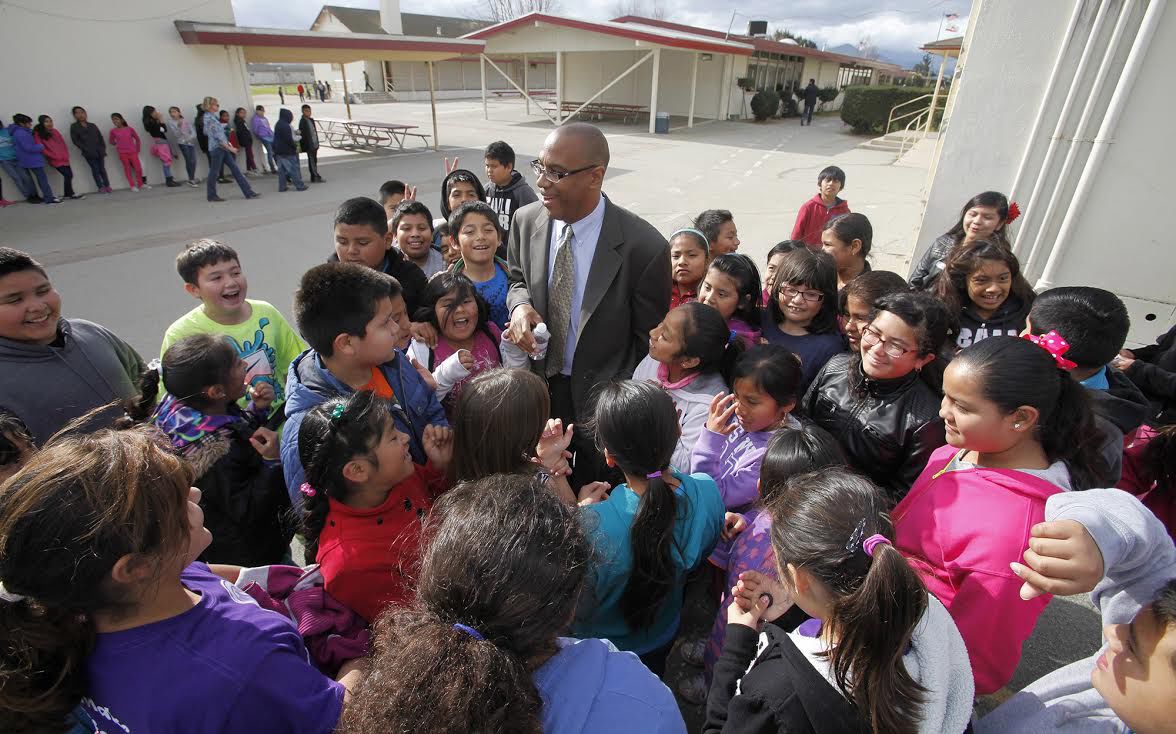 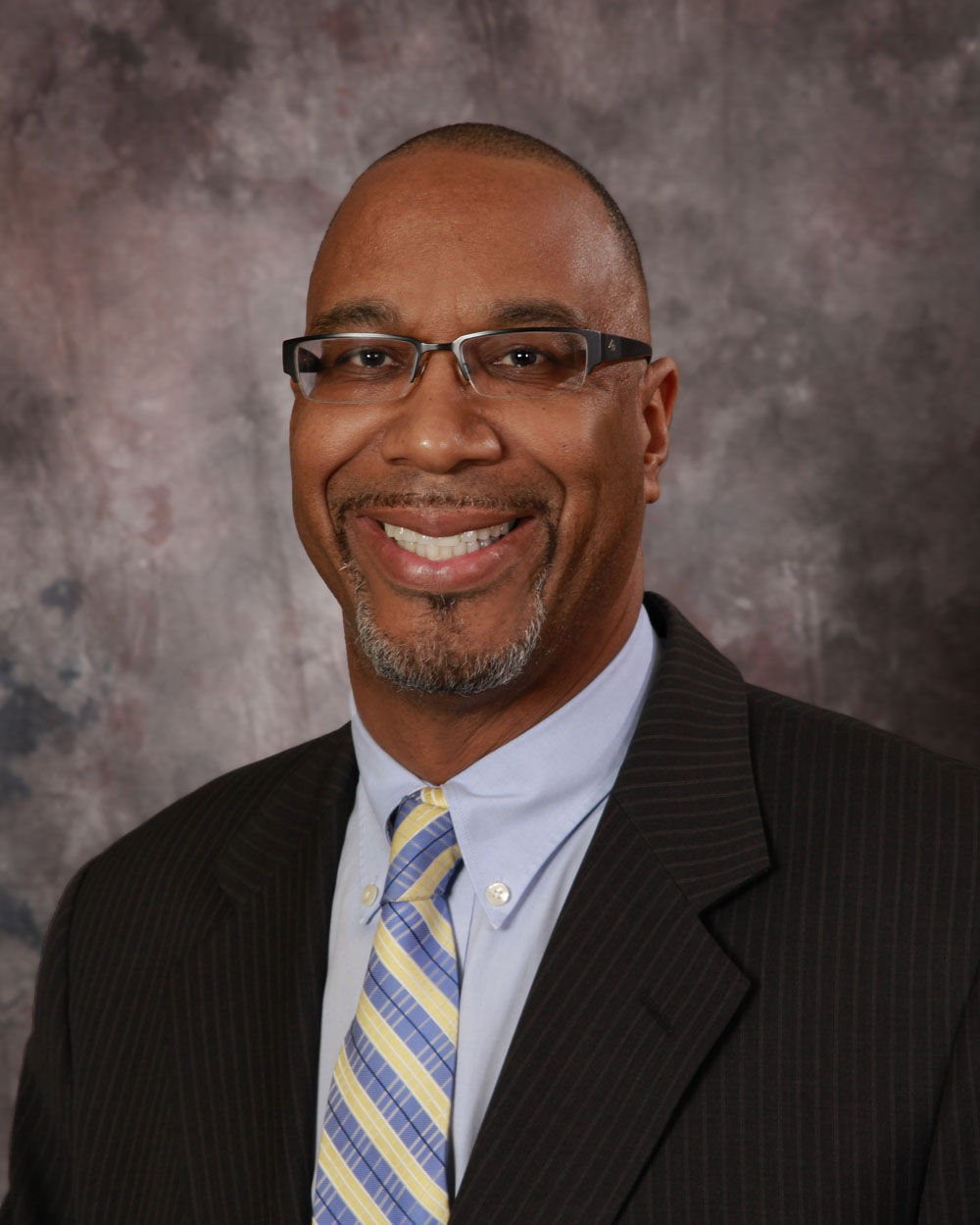 A Greenfield Union School District board member broke down in tears at the prospect of Harry “Doc” Ervin leaving. Another was more blunt. “I'm not releasing Doc,” school board president Juergen Smith said.

But with the praise — which came from people Ervin hand-picked for the interviews — there has been criticism of the educator from throughout his 22-year career. Perhaps that’s not surprising, given that Ervin has not shied away from taking on troubled schools. But despite spending $26,500 on an outside company to find and screen candidates, it’s not clear whether BCSD trustees were aware of the extent of the criticism Ervin has faced at nearly every administrative position he has held since 2005.

Pam Baugher, a former teachers’ union president and BCSD board member, said that she makes a habit of calling union representatives when vetting new administrators because it provides “the most honest evaluation.”

“The minute I heard who the candidate was I'd call the local president and get the down low, and it was spot-on every time,” Baugher said, referring to past superintendent searches she has taken part in.

Except this time. Baugher did not reach out to members of United Teachers of Los Angeles during Ervin's vetting process. Neither did Dennis Smith, a partner with Leadership Associates, the company hired by BCSD to conduct the job search.

“We will sometimes do that, but in this particular case, that didn't occur. We did not get to UTLA. I think I felt like the leadership individuals that we talked with had a good perspective on his leadership skills and we were satisfied with that,” Smith said.

If Ervin is appointed Tuesday, he’ll make the leap from superintendent of a four-school, 3,500-student district in a rural farming community near Salinas to the state’s largest elementary school district, which serves roughly 30,000 children, most of whom reside in the inner city. It would be the second superintendent job in Ervin’s career, and a post he would likely hold until he retires, BCSD officials said.

Ervin, who agreed to speak with The Californian only to cancel minutes before the scheduled interview Friday, issued a statement via email addressing his successes and the criticism directed at him.

“As I reflect on my career, and the trajectory it has taken to get me where I am today, I am proud of the fact that every district that I have had the honor of serving has been left better off than when I arrived,” Ervin wrote. “Because of that, the real measure of my legacy is not the natural conflicts that arise when one is implementing change, but rather, the number of children walking across stages to receive their diplomas.”

Critics describe Ervin as an impatient leader with a “top down” management style bent on seeing marked improvements in test scores, even if it comes at the cost of terminating school site administrators. Supporters say those policy decisions and the elimination of principals at struggling school sites have always been in the best interest of children.

Union representatives in Los Angeles contacted by The Californian paint a picture of a tumultuous reform effort that Ervin was hand-selected to help lead for six years until he departed for Greenfield in March 2014. As an assistant superintendent of instruction at Partnership for Los Angeles Schools, Ervin was responsible for overseeing and mentoring principals at no more than 10 of the county’s lowest performing schools. The ambitious education reform project, which is still in operation, was implemented by former Los Angeles Mayor Antonio Villaraigosa.

“What we saw of [Ervin] is that he made decisions that were not good for kids and not good for broader educational justice,” said Alex Caputo-Pearl, president of United Teachers Los Angeles, the union that represents 31,000 faculty members in the Los Angeles Unified School District.

While in Los Angeles, Ervin earned a track record of turning around schools with Partnership for Los Angeles Schools, but not without some conflict. The first order of business: eliminating eight out of 10 principals at the school sites the program oversaw.

The shakeup created a “climate of fear” for teachers, said Kirti Baranwal, a Gompers Middle School teacher who quit after Ervin's arrival because of an environment she described as untenable.

“When we took over these schools we brought in new administrators for every school,” said PLAS CEO Marshall Tuck, whom Ervin listed as a reference on his application. “Part of the model is we needed different leadership … we wanted to make sure we had principals who could do turnaround work. The anchor of the model is the right leadership goes in place.”

Existing principals had the opportunity to stay, Tuck said, “but most didn't want to, because it was a new day. This was about changing schools.”

The necessity of that shakeup struck Tuck after walking the schools, he said. He saw administrators and teachers shoving students, using inappropriate language and showing movies in class instead of teaching. Other times, teachers would sit down as they instructed students, hardly engaging them, he said.

One thing most of Ervin’s supporters agreed on during interviews in Greenfield is that he is a goals-driven administrator who sets expectations that are sometimes too high.

What was only hinted at in Greenfield, however, was Ervin's impatience — a quality that even his supporters attribute to him. Teachers and labor leaders from several of the 10 schools Ervin oversaw in Los Angeles consistently described the administrator as having a “top-down” management style, and said he didn't collaborate well with teachers.

“Our experience is he's not someone who took shared governance seriously at all,” Caputo-Pearl said, comparing Ervin's style to the corporate reform movement.

He was motivated by raising test scores and boosting graduation rates in time frames teachers said were unrealistic in some of Los Angeles' toughest schools – all of which were ranked in the bottom 10 percent of the county in terms of performance.

Even so, graduation rates have risen an average of about 40 percent across the board for the program’s schools, Tuck said.

Other critics say that Ervin had an integral role in dismantling a 3-year-old dual language program at Ritter Elementary School in Watts, a historically black community, now predominately Latino, with a large number of English language learners. That decision came after two years of community meetings and ongoing parental protests, said Cheryl Ortega, UCLA’s director of bilingual education and a former teacher at one of the PLAS schools. Ortega oversaw bilingual programs at UTLA.

“I found Mr. Ervin to be not collaborative, difficult to speak to, pushy and certainly didn't listen to parents at all. He just wouldn't listen – he had his marching orders from the mayor and Marshall Tuck,” Ortega said.

But the criticism is overblown, said Tuck, who noted that just 24 students were enrolled in the dual language program. He added that the decision was made by the principal and a majority of teachers to streamline the language program.

“I think it was the right decision. This had nothing to do with shutting down the bilingual program. It had to do with a school at the time that was highly dysfunctional and needed to focus the staff, and the results were quite strong,” Tuck said.

Any type of transformational turnaround effort is controversial, he added.

“There's no high intensity urban turnaround work that doesn't have significant complexity and challenges that I've seen in my 15 years of doing this. There's no school turnaround effort nationally I've seen that there isn't some controversy,” Tuck added.

Ervin's departure from Los Angeles, one of the largest school systems in the nation, to the rural Greenfield community, came with a nearly lateral pay rate of about $160,000 annually.

Rolando Bonilla, Greenfield Union School District's spokesperson, said the move was an opportunity for Ervin to get a wider breadth of education experience in California.

“His paths in life are not always the norm,” Tuck said. “He leaps with his heart and instincts at times. It's hard to describe. He doesn't always make what seems to be the obvious decision, but my guess is he really wanted to jump into that superintendent role.”

’It was a high school out of control’

But Ervin’s bold style created waves before his arrival in Los Angeles. In 2005, as principal of Colton High School in San Bernardino County, hundreds of students walked out of classrooms — some even set trash cans on fire — and scores of teachers called in sick, reportedly protesting the transfers of three popular employees and new policies Ervin implemented.

He shortened passing periods between classes and enforced stricter dress code policies. He bought T-shirts for girls wearing spaghetti-strap tops, and handed out belts and ropes to cinch up boys’ sagging pants.

“Doc is the type of person who comes in and looks for things wrong and tries to correct them as quickly as possible, and that's what our board told him to do,” former Colton Superintendent Dennis Byas said.

He resigned weeks later when Byas attempted to transfer him to a job at the district. Ervin protested; he wanted to work with kids, Byas said.

When he first got the job at the troubled district, Ervin went to work incentivizing students by partnering with local businesses, Byas said. Perfect attendance this week? You would get free tacos at the local carniceria. Perfect attendance all year and students could get a free television set.

“Kids loved him. The adults are the ones who started turning kids against him,” Byas said.

During a seven-minute interview granted to The Californian on Tuesday during the interview process in Greenfield, Ervin reinforced that it's adults – not children – who have taken issue with policies that he has implemented throughout his career.

When the district began searching for candidates in mid-November to replace outgoing superintendent Robert Arias, board members set out some criteria. They wanted somebody with energy, experience and who could engage parents in a thoughtful way. They also wanted a minority.

“I made it quite clear to the head hunters when they started that with the district minority enrollment of our district that it would be very difficult not to select a minority superintendent,” BCSD Board Member Ray Gonzales said. “You want the most qualified – that's always understood – but the last two finalists happened to be African-American.”

Roughly 79 percent of BCSD students are Latino, while 10 percent are caucasian. African-Americans, representing 8 percent of the enrollment, make up the third largest demographic, according to California Department of Education records.

If appointed Tuesday, Ervin will be the district's first black superintendent. It's a point that Greenfield Union spokesman Bonilla noted with pride as a historic moment.

While board members were aware of that, they said it didn't drive their decision. Six other finalists in the pool were Latino.

“It was something that people said – it would be nice to have a minority leader because we've never had an African-American as a superintendent before … but it wasn't the No. 1 priority,” Baugher said.

If Ervin is hired, the move to Bakersfield will bring him closer to his family, which lives in the Inland Empire, Tuck said. While in Greenfield, Ervin shuttled back and forth on the weekends, he added.

“It was a unique commitment, which is a charming aspect of Doc,” Tuck said.