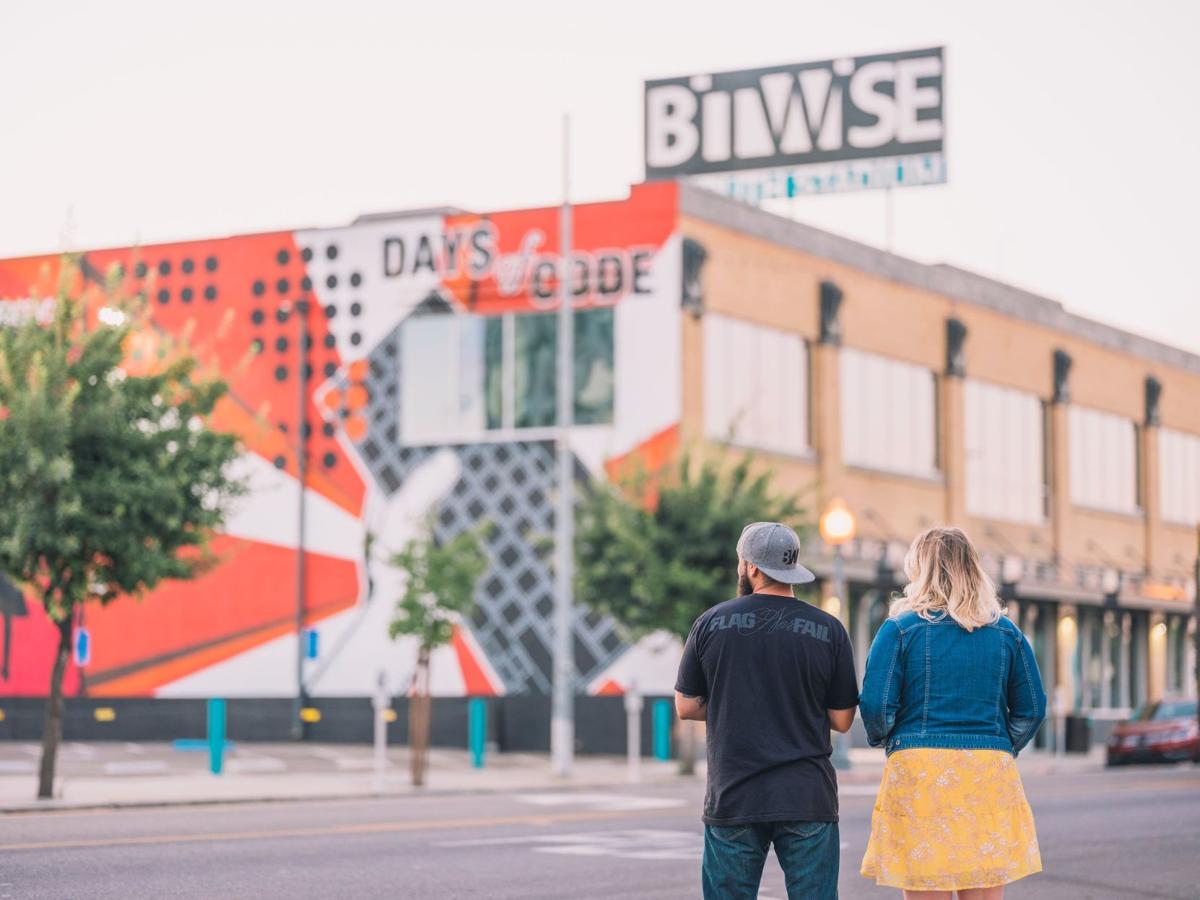 Bitwise South Stadium is among Bitwise Industries' properties promoting tech entrepreneurship in downtown Fresno. The company is expanding to Bakersfield. 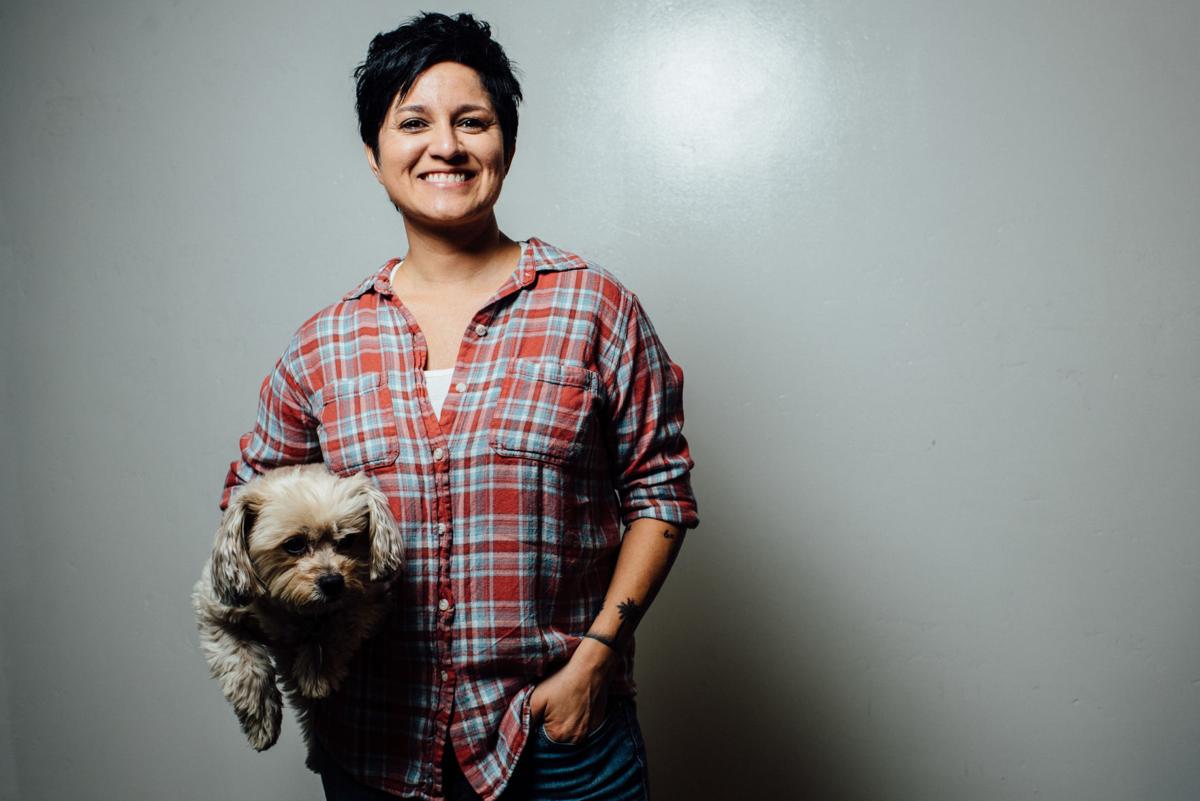 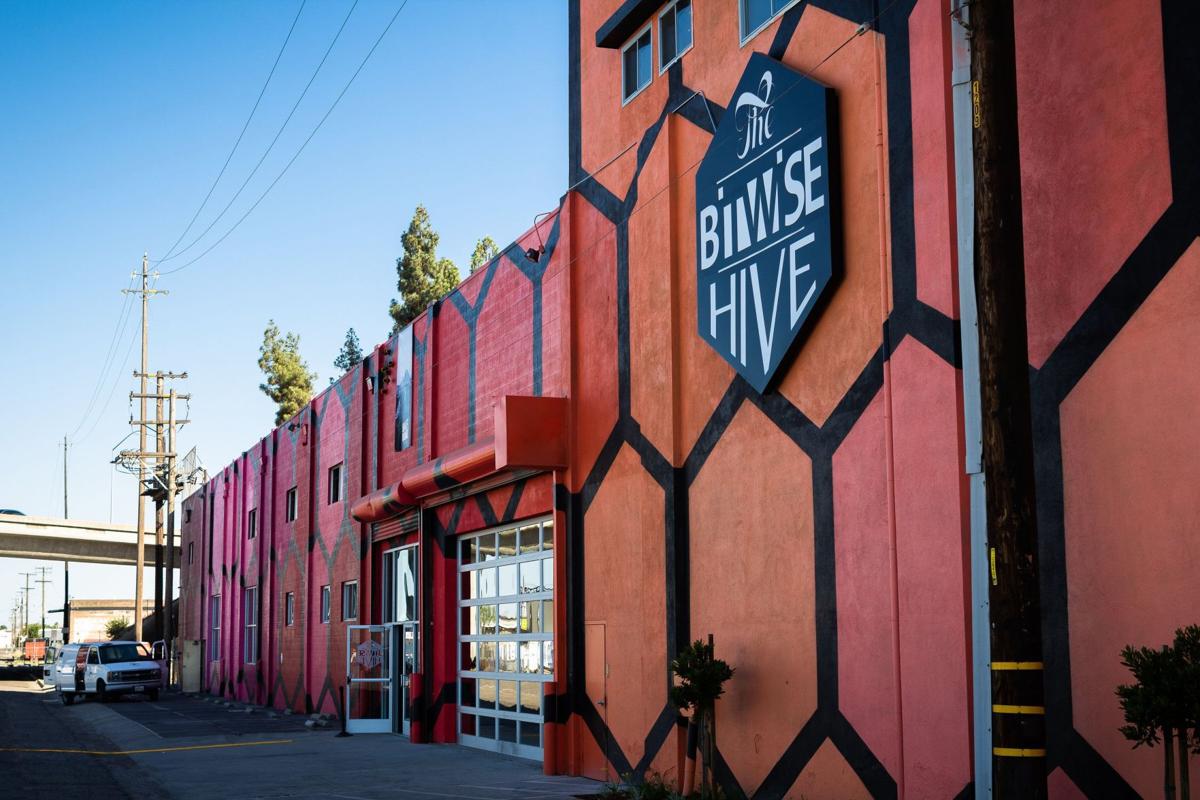 The 50,000-square-foot Bitwise Hive in downtown Fresno offers coworking space to tech entrepreneurs. The company plans to expand to Bakersfield, where it proposes similar kinds of opportunities. 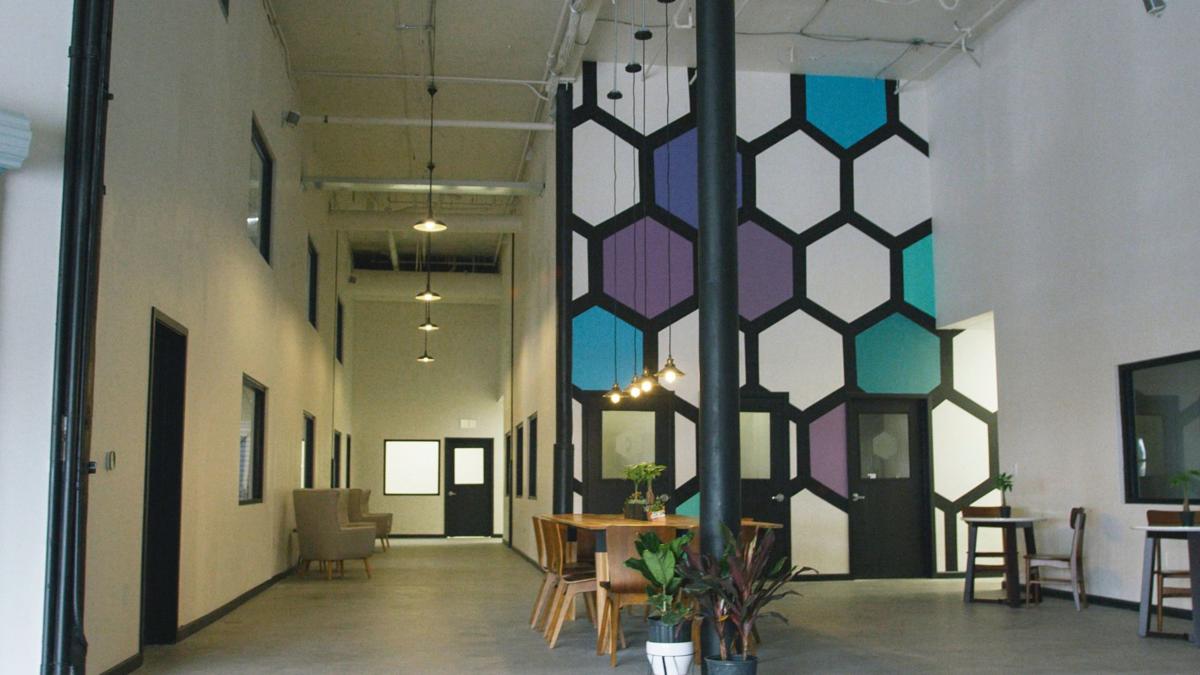 The 50,000-square-foot Bitwise Hive in downtown Fresno offers space to tech entrepreneurs. The company will expand to Bakersfield in 2020. 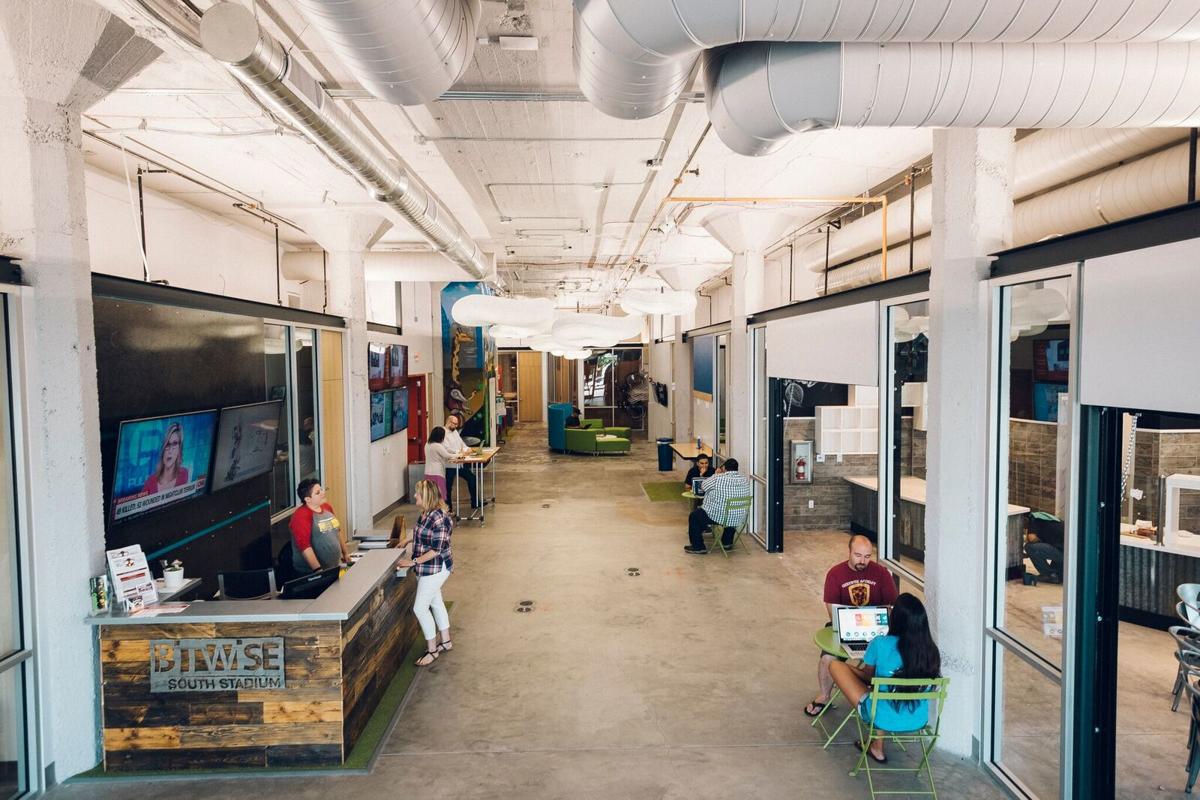 Bitwise South Stadium is among Bitwise Industries' properties promoting tech entrepreneurship in downtown Fresno. The company is planning to expand to Bakersfield next.

Bitwise South Stadium is among Bitwise Industries' properties promoting tech entrepreneurship in downtown Fresno. The company is expanding to Bakersfield.

The 50,000-square-foot Bitwise Hive in downtown Fresno offers coworking space to tech entrepreneurs. The company plans to expand to Bakersfield, where it proposes similar kinds of opportunities.

The 50,000-square-foot Bitwise Hive in downtown Fresno offers space to tech entrepreneurs. The company will expand to Bakersfield in 2020.

Bitwise South Stadium is among Bitwise Industries' properties promoting tech entrepreneurship in downtown Fresno. The company is planning to expand to Bakersfield next.

Computer technology as a career and a force for local economic growth takes a big step forward in Kern County with an announcement expected today that a company central to downtown Fresno's tech renaissance hopes to build on its success by expanding into Bakersfield.

Bitwise Industries, newly endowed with $27 million in private investment, says it plans to offer computer coding classes within about a year as it scopes out a 50,000-square-foot location in downtown Bakersfield that could become home not only to educational programs but also startup software companies and new "coworking" office spaces.

"Bakersfield is more than ready for Bitwise," said Mayor Karen Goh, who has pushed for investment in the city's tech "ecosystem" since she first visited Bitwise's Fresno operations in September 2017. "The establishment of Bitwise in Bakersfield comes at a pivotal time as we seek to grow in innovation and entrepreneurship and write a new narrative for our community."

Bitwise has taught coding to about 3,500 student, about 80 percent of whom stayed in the tech field. The company also sells software and leases 250,000-square-feet of commercial space in downtown Fresno to entrepreneurs, some of them graduates of its computer academy. The company says its activities are responsible for at least seven tech startups.

The promise of creating similar energy in Bakersfield — not intended as an exact replication of Bitwise's Fresno operations but rather something responsive to local resources — is a big part of the reason why the company was able to raise money in its recent Series A financing found.

Indeed, Mitchell Kapor, partner at Oakland-based investment group Kapor Capital, said by email he thinks Bitwise will make tech careers and business opportunity accessible in what is now a "grossly inequitable" industry that has tended to overlook places like Bakersfield.

"We share a common belief (with Bitwise) that there is talent to be tapped in every ZIP code, and they've proven in Fresno that they can do it," Kapor wrote. His group was joined in Bitwise's first institutional investing round by New York's New Voices Fund and other groups including Motley Fool Ventures, the Lumina Foundation and Candide Group.

As it charts its Bakersfield expansion, Bitwise also plans to double its Fresno operation. Olguin said the company won't know exactly how to proceed in Bakersfield for up to a year and a half as it continues to meet with and interact with local business people and other stakeholders on how it can invest several million dollars to make the biggest local impact.

The company might lease space or it might buy its own building as a way of putting a Bitwise "stamp" on its Bakersfield presence, she said. The preference is for setting up in area already undergoing revitalization.

"We'd like to be in an area that has other life being breathed into it," Olguin said. She wouldn't say whether that suggests the trendy Eastchester neighborhood around Cafe Smitten on 18th Street, but added, "They've got some delicious avocado toast."

Bakersfield business, political and educational leaders voiced tremendous enthusiasm for today's announcement by Fresno-based Bitwise that it plans to expand into Bakersfield. Here are their reactions:

"Talented (software) developers can find jobs anywhere, but we are very hopeful that the Bitwise companies will help keep more of our best and brightest in our local community." — Scott D. Garrison, partner and vice president of sales and marketing at Stria.

"We are literally growing our own and these tech jobs and new startups supported by Bitwise will do wonders for our local economy." — Andrea L. Medina, director of grants and outreach at Cal State Bakersfield's School of Natural Sciences, Mathematics and Engineering.

"Bitwise will provide so much more than cowork space. It will model collaboration and inclusivity, foster a hub of innovation and improve the quality of life in our community." — Downtown real estate developer Austin Smith.

"In order to build a vibrant tech ecosystem, we need to provide opportunities for all people within our community to participate. I think Bitwise gets it." — Bakersfield Ward 2 City Councilman Andrae Gonzales.

"The team at Bitwise has this incredibly cool and disruptive approach to building businesses." — Miranda Whitworth, marketing and communications manager at Thuasne USA.

For all her creative energy, entrepreneur Jocelyn Dimaya could use some technological assistance from time to time. It's part of the reason sh…