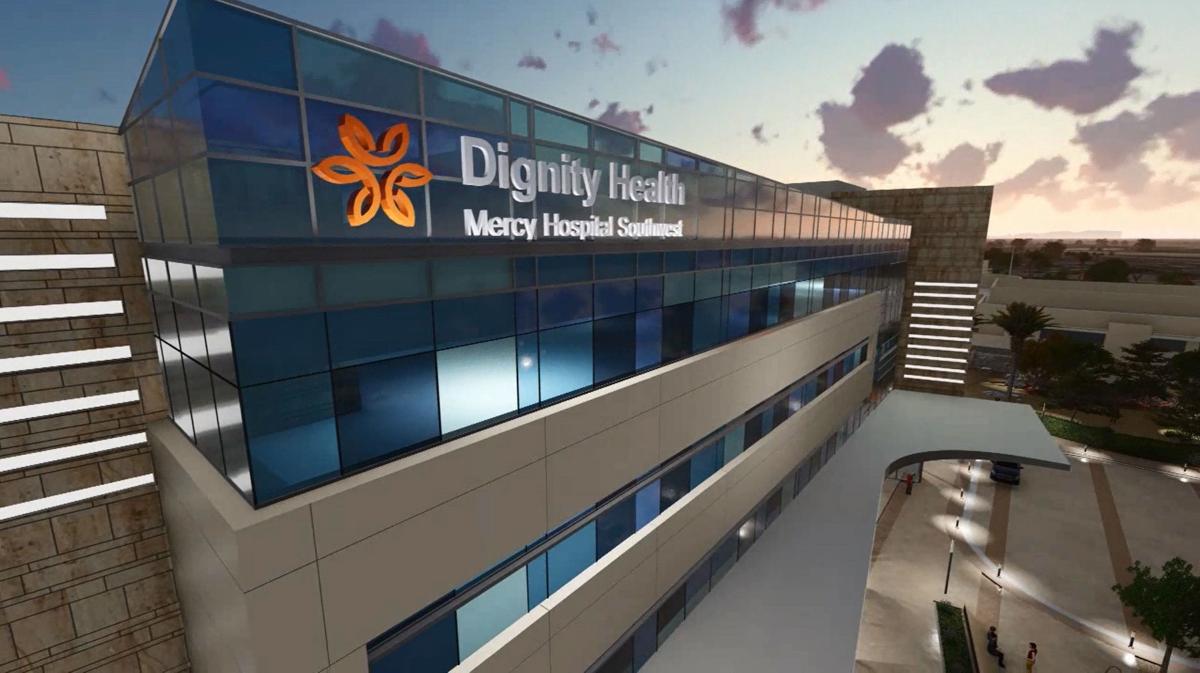 The tower expansion project at Mercy Hospital Southwest is still in its planning stages, but the addition to the southwest Bakersfield hospital is expected to include 106 private patient rooms, a new 24-room intensive care unit, 18 private neonatal intensive care unit rooms, and more. 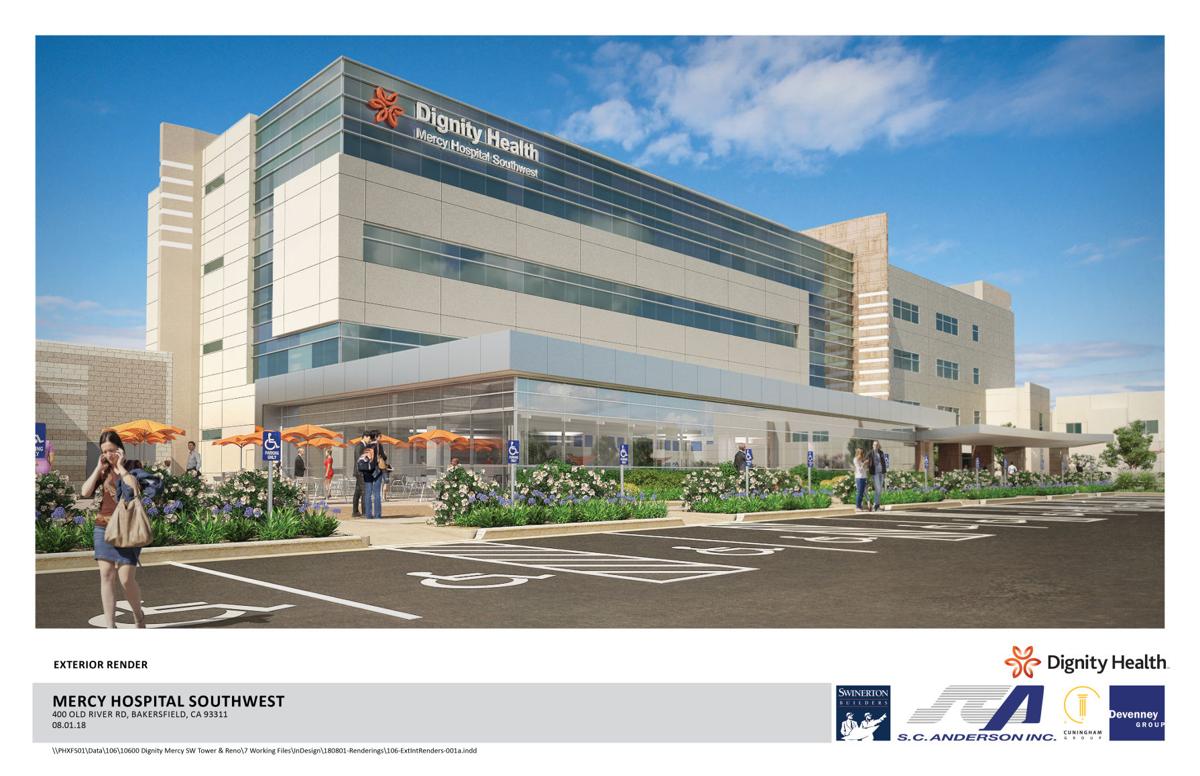 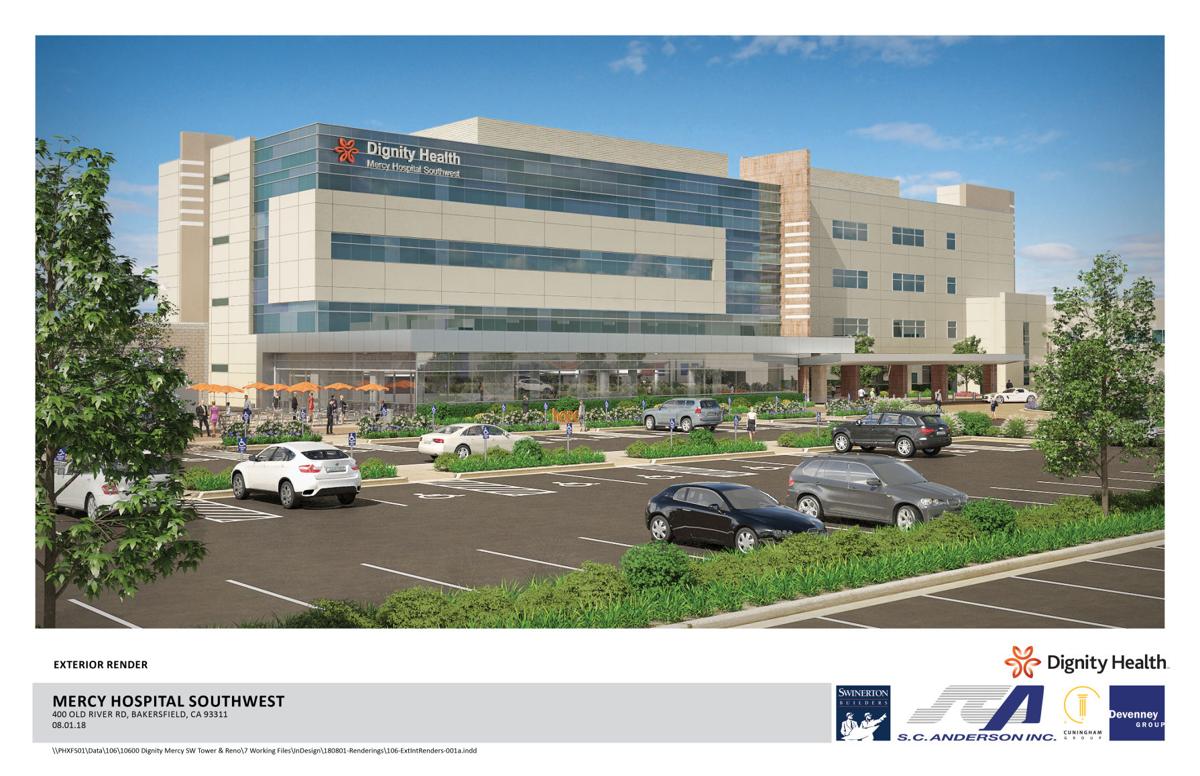 The tower expansion project at Mercy Hospital Southwest is still in its planning stages, but the addition to the southwest Bakersfield hospital is expected to include 106 private patient rooms, a new 24-room intensive care unit, 18 private neonatal intensive care unit rooms, and more.

When one considers the geographic locations of Bakersfield's major hospitals, four of them are concentrated in or near the city's downtown core.

But most of Bakersfield's growth has been ever westward, placing pressure on the city's only major hospital west of Highway 99, Mercy Hospital Southwest.

Soon, it seems, some of that pressure will be alleviated in a big way.

On Wednesday, the Friends of Mercy Foundation will announce two significant donations from long-time supporters of Mercy Hospitals, the David and Catherine Gay Family and Drs. Ravi and Naina Patel.

Those donations, each thought to be in the seven digits, will help support a project that is expected to transform the southwest's only major hospital — and improve access to the facility's emergency services, its general care beds and much more.

"One thing we have seen happening has been the tremendous growth in the southwest," said Dr. Ravi Patel, founder and director of Comprehensive Blood & Cancer Center and one of the donors for the project.

Residents of the southwest have been negatively affected by historically tight access to emergency services, as well as to a shortage of hospital beds in the area, Patel said.

"This project will provide a great benefit to people in the southwest community," he said.

The tower expansion project at Mercy Hospital Southwest will include:

According to a press release, the project will also include remodeled admitting, imaging, and public areas. The hospital plans to hire additional physicians, specialists, nurses, and other clinical and non-clinical staff, creating hundreds of new jobs in the area.

"There’s a significant number of people who have to travel out of our community to get specialized health care, which means taking people away from loved ones when they are treated,” Bruce Peters, president and CEO of Mercy Hospitals, previously said of the planned project.

"When people are treated near their homes, they just do better. It increases quality and improves outcomes in health care."