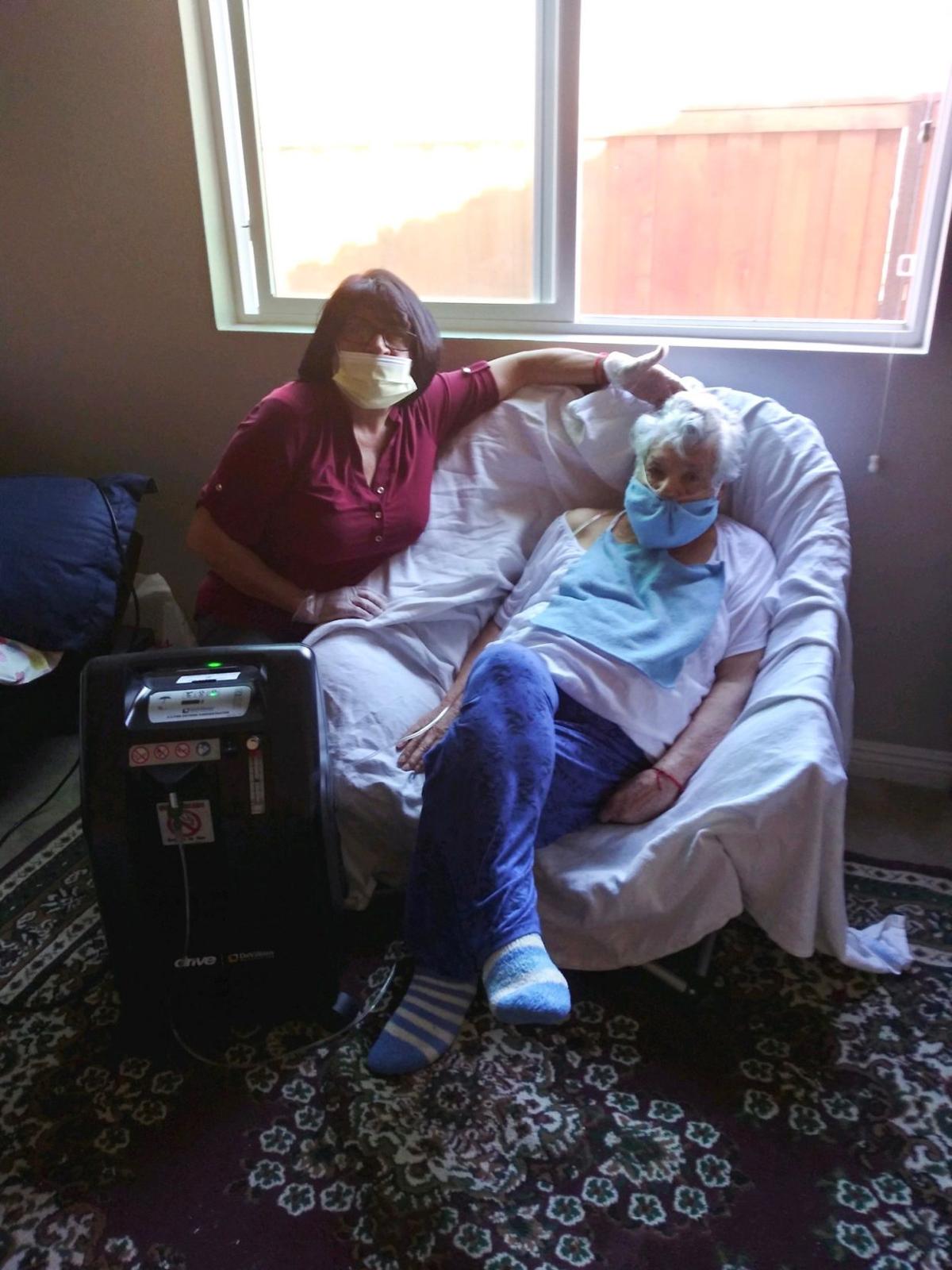 Aurora Sanchez sits with her mother, Maria Ocampo, who is recovering from the new coronavirus. As an in-home supportive services worker, Maria must provide care for her mother throughout the ordeal. 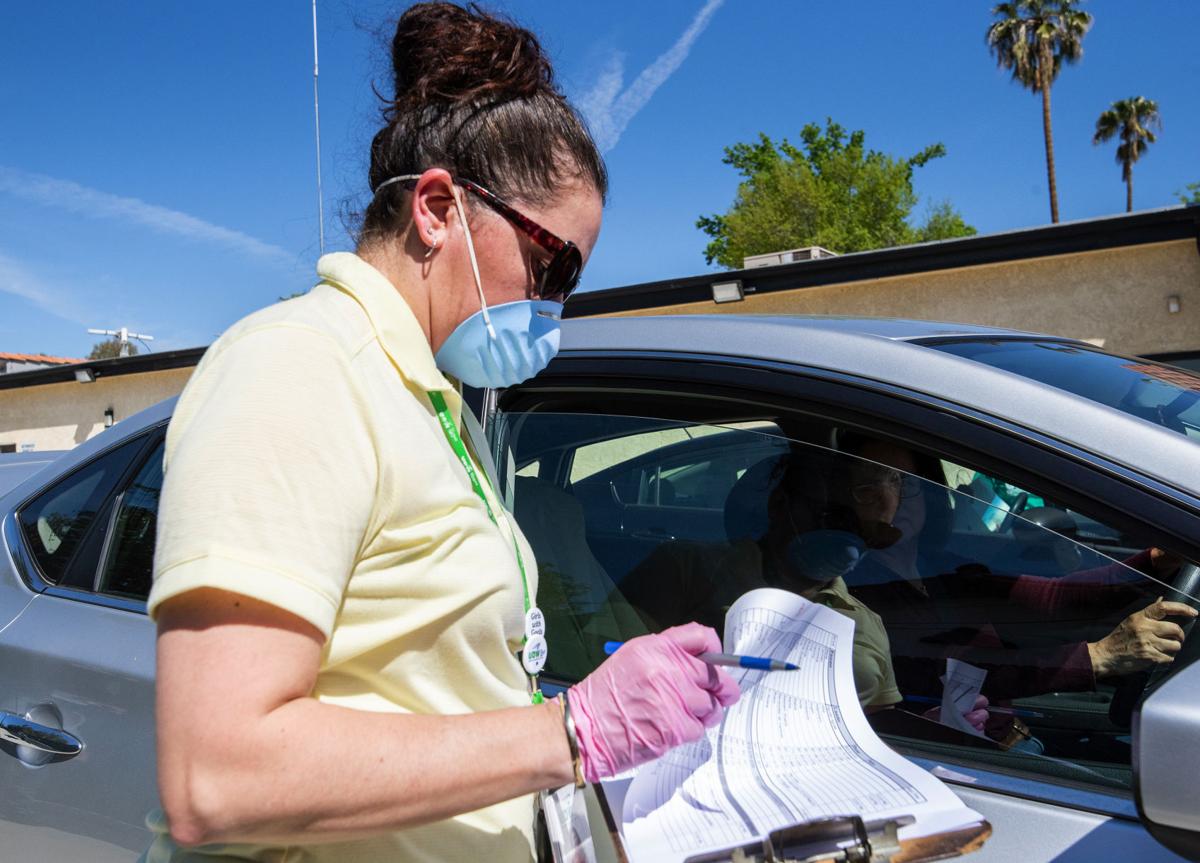 Lead representative Elsalavara Luso of the United Domestic Workers, checks through lists of IHSS worker's names as they pass through to receive personal protective equipment on Thursday in downtown Bakersfield. 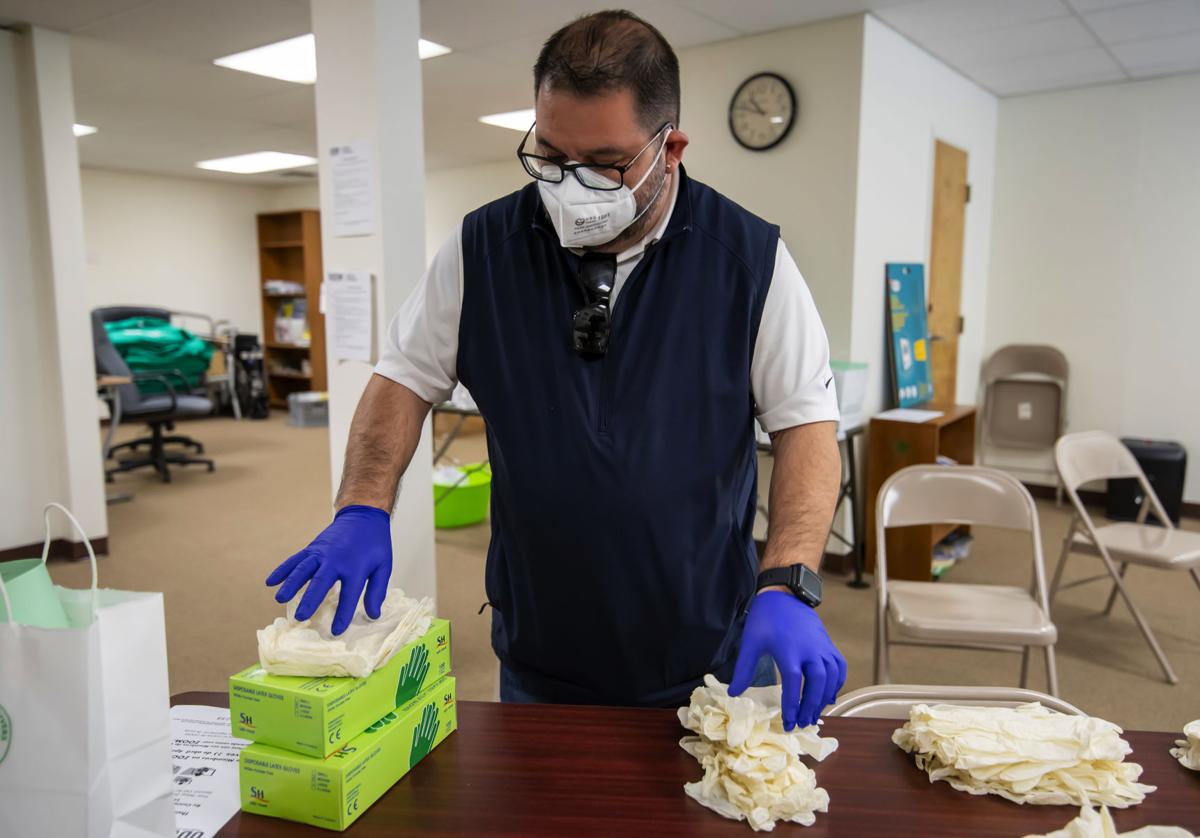 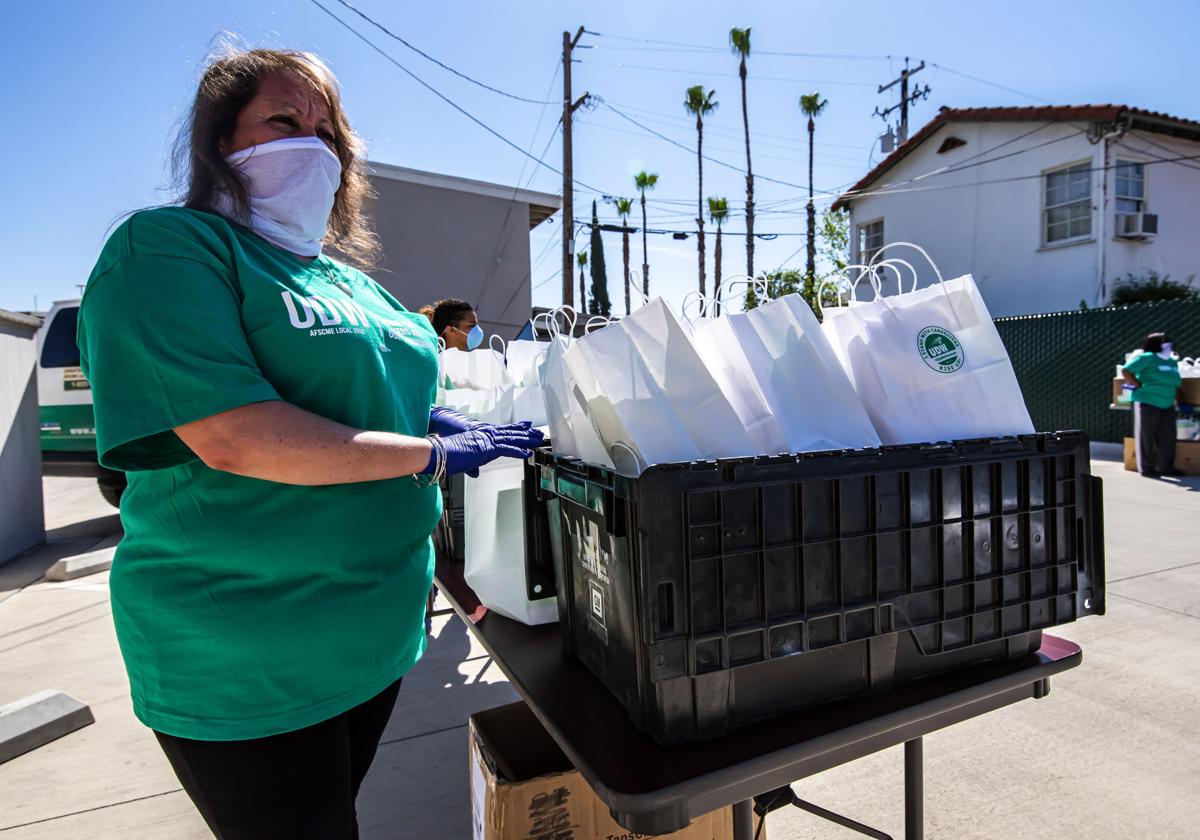 Reyna Jacobo, and the rest of the United Domestic Workers staff, wait as they prepare to distribute personal protective equipment to in-home supportive service caregivers.

Aurora Sanchez sits with her mother, Maria Ocampo, who is recovering from the new coronavirus. As an in-home supportive services worker, Maria must provide care for her mother throughout the ordeal.

Lead representative Elsalavara Luso of the United Domestic Workers, checks through lists of IHSS worker's names as they pass through to receive personal protective equipment on Thursday in downtown Bakersfield.

Reyna Jacobo, and the rest of the United Domestic Workers staff, wait as they prepare to distribute personal protective equipment to in-home supportive service caregivers.

Aurora Sanchez noticed her mother, Maria Ocampo, was sick with what would later be diagnosed as the new coronavirus March 25.

Sanchez first realized something was wrong when she tried to wake up a sleeping Ocampo in the mother's Bakersfield home, and felt the 86-year-old “burning up.” A thermometer would reveal Ocampo had a temperature of 104 degrees, and soon after being woken she began hallucinating and saying things that didn’t make sense.

That’s when Sanchez says she screamed to her sister for help. Ocampo was rushed to the hospital, where she spent three days before returning home.

Her illness has required Sanchez and two of her sisters to be quarantined at her mother’s house until symptoms of COVID-19 reside. Under normal circumstances, Ocampo would be isolated within the home to prevent the spread of the virus or a re-transmission to the elderly woman.

But Ocampo is unable to live on her own, and for the past 13 years has relied on Sanchez to provide basic medical and hygiene care as an in-home supportive services worker. Sanchez ensures her mother takes her medication, is properly fed and showers. As a woman who suffers from Alzheimer's, diabetes and schizophrenia, the work can be a lot to handle for Sanchez, 60.

However, the coronavirus has introduced another aspect of anxiety for Sanchez. She says she's been unable to obtain a steady supply of personal protective equipment, a challenge faced by nearly all of the 6,528 in-home supportive services workers in Kern County, who cannot go on furlough or take days off due to the worry that those they care for won't survive.

“If she would have been living by herself, she wouldn’t survive,” Sonya Gallardo, a staffer with United Domestic Workers, a union that represents in-home supportive services workers across the state, said as a translator for Sanchez. “Her mom would have probably passed away. The way this virus attacked her, it was extremely devastating. Her mother cannot be left alone.”

Across Kern County, in-home workers have struggled to obtain the kind of equipment used by medical facilities to protect staff from virus transmission. Sanchez said she had been forced to wash rubber gloves with bleach in order to reuse them. Although her children had managed to find a limited number from local stores, the supplies do not last long.

On Thursday, the local UDW chapter was set to distribute a small supply of protective equipment it had managed to acquire. The handout will help protect workers who are on the front lines of the outbreak, but whose work often goes unnoticed.

“The work our workers do is intimate. There is no way to do it with a 6-foot shield. It’s impossible,” said Kristina Bas Hamilton, legislative director for UDW. “There are workers exposed to a possible infection every day they go to work.”

She argued that in-home workers help prevent the hospital system from becoming overwhelmed by caring for people outside of medical establishments. Because their clients are often elderly and have underlying medical conditions, they are especially susceptible to serious complications from the virus.

During the pandemic, the union has pushed for unemployment insurance and sick leave for its workers. The union says the coronavirus has highlighted some of the flaws in the support in-home workers receive.

In Kern County, the outbreak came as the local chapter was in the midst of fighting for a higher wage. Currently, its workers earn minimum wage, and many work less than full time.

“Our members need more support, they need more hours. They are front-line workers in a public health crisis," local UDW spokesperson Cherie Parker wrote in an email. "We’re scared that the state isn’t going to realize how serious this is until it’s too late.”

The County Administrative Office did not immediately respond to a request for comment concerning this issue.

Sanchez said the public should not ignore in-home workers just because they aren't working in a medical facility.

“We are human beings and we need respect and dignity. Just because we don’t have a diploma, that doesn’t make us any different than what a professional doctor or nurse is doing,” she said. “We are saving lives.”