The Bakersfield FoodMaxx store at 4128 Chester Ave. is closing, potentially affecting thousands of area residents in Oildale and north of downtown Bakersfield who have few nearby options for supermarket shopping. 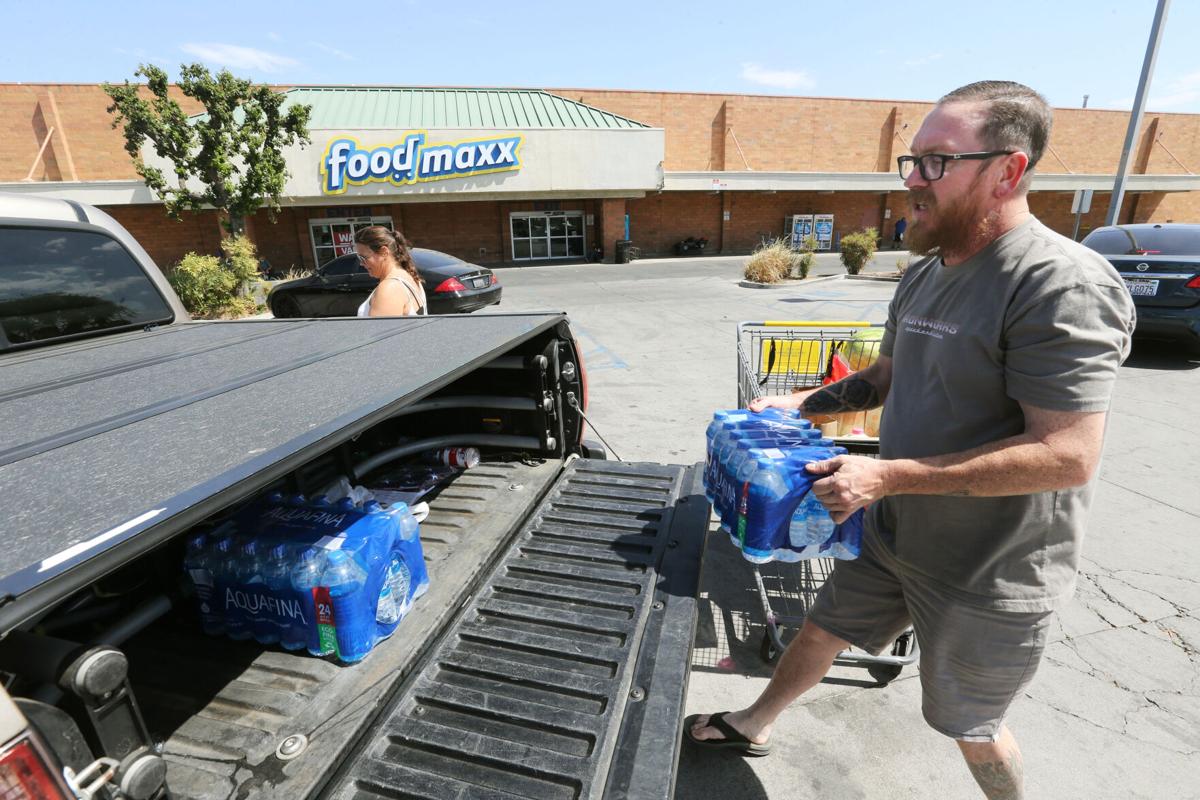 Erma and Stuart Silas stop to chat after finishing their shopping at the local FoodMaxx on Chester Avenue. The couple said would hate to see the store close because it would leave Walmart as the only grocery store near their Oildale home. But the store is closing, potentially affecting thousands of area residents in Oildale and north of downtown Bakersfield.

The Bakersfield FoodMaxx store at 4128 Chester Ave. is closing, potentially affecting thousands of area residents in Oildale and north of downtown Bakersfield who have few nearby options for supermarket shopping.

Erma and Stuart Silas stop to chat after finishing their shopping at the local FoodMaxx on Chester Avenue. The couple said would hate to see the store close because it would leave Walmart as the only grocery store near their Oildale home. But the store is closing, potentially affecting thousands of area residents in Oildale and north of downtown Bakersfield.

For eight years, James Hekison has used a powered wheelchair to get from his Oildale home on Beardsley Avenue to the FoodMaxx supermarket on the south side of the Chester Avenue Bridge.

Despite the nearly 2-mile round trip across the Kern River, Davis said the discount grocery store has been a lifeline.

Now he's concerned that lifeline is being threatened.

"We are closing our Bakersfield FoodMaxx store on 4128 Chester Ave. this fall," said Victoria Castro, a spokeswoman for The Save Mart Cos., the parent company of FoodMaxx.

The exact closure date is yet to be determined, Castro said in an email.

"By closing the FoodMaxx store on Chester Avenue, we will be able to reallocate our resources and focus on our other two stores in the area," she said. "We will be offering all our team members positions at our nearby stores.

"The company made the difficult business decision to not renew our lease for strategic reasons," Castro said.

The two stores Castro cited are at 4400 Ming Ave. in the city's southwest, and 6465 Niles St., in east Bakersfield. Another FoodMaxx is located at 6300 White Lane, and fourth store near the southwest corner of Union and California avenues closed early last year, but it was swiftly replaced by a supermarket opened by Santa Fe Springs-based Superior Grocers.

It's a happy ending many shoppers at the Chester Avenue FoodMaxx are hoping for.

"We heard Superior might be coming here," said Stacey Tate, who with her husband, Matthew Stuckey, was packing groceries into their car outside of FoodMaxx last week when they paused to talk with a reporter.

"The public needs to know," Stuckey said of the pending closure.

"Other arrangements need to be made," he said. "A lot of people in this vicinity depend on this store."

On some days one can see a line of Oildale residents — many cannot afford motorized transportation — making the trek across the bridge to FoodMaxx, and back again. Often in 100-plus degree heat.

The store is no-frills, with its warehouse-style shelves, lack of meat or deli counter service and concrete floor. But it boasts a strong produce section, a bakery and competitive prices.

"I often see people walking over the Chester Avenue Bridge carrying their groceries," he said.

For residents on the south side of Oildale, a trip to the Walmart Neighborhood Market on the north end of the community is more than 4 miles both ways, an increased hardship for folks like Hekison.

"I may have to go to Smart & Final now," Hekison said of the store on Golden State Avenue near F Street.

But it's nearly as far as Walmart.

"I can't do nothing about it," Hekison said as 107-degree heat beat down on him as he paused to talk on Beardsley Avenue.

Donna Clopton, who runs the nonprofit Oildale Community Action Team, appeared to place blame for the coming closure at least partly on shoplifters and vagrants.

"After our Vons on North Chester moved out it's really taken a toll on everyone," she said.

"It's difficult for businesses to stay afloat these days with all the crime and vagrants hanging out in front of their establishments," she said.

"We need our laws to change. If we could go back to arresting shoplifters and prosecuting them for their crimes we might be able to see some light."

Maggard said he will ask Golden Empire Transit to arrange for a recurring route to and from the grocery store, as one possible response to the closure.

"I’ll also talk to Kern Economic Development Corp. to see if we can get another market into that location," Maggard said of the Chester Avenue center.

As FoodMaxx shopper Jojeania Corgiat loaded groceries into her car Thursday, she offered a more emotional response to the news of the closure.

"It saddens me," she said. "I've been coming here 20-something years."

Editors note: This story has been altered from its original form to include a FoodMaxx store not listed in the previous version.